Sweet Potato Pudding – an unexpected treat for the holidays!

I know I often talk about growing up steeped in village life, but it is such an important aspect of who I am today that I want to cling to those memories, reliving them and reviving as many old traditions as I can. Ask anyone what is a vital part of their childhood, and more often than not, food is a common answer. Many of our memories are built around the kitchen, and mine is filled with the ubiquitous fire hearth (fogon). The scent of smoke, the sound of its crackling flames, the scrape of the pot spoon on blackened pots, the scent of bubbling soups, or the sweet aromas of dessert baked using the low flame below and glowing embers above. I truly admire the genius of the women and men who figured out how to evenly bake bread, sweets, and even meats, on an open flame. 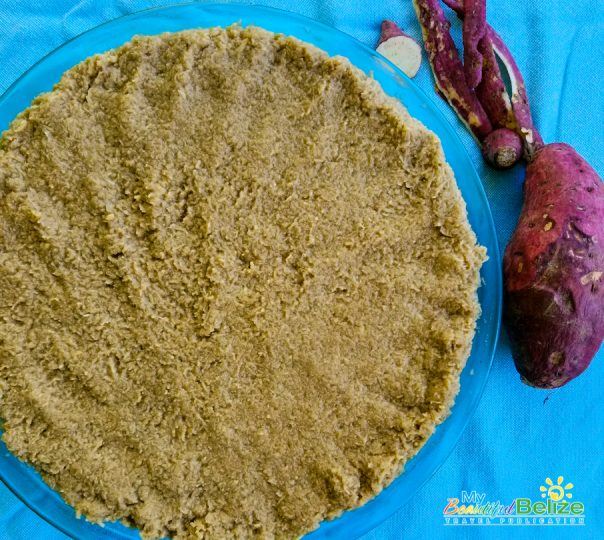 Possibly my favorite treat, especially around the holidays, is the Sweet Potato Pudding. Ground sweet potatoes (purple skinned with starchy white flesh), freshly grated ginger, some thick, creamy coconut milk, and brown sugar to enhance the sweet potato are all mixed and placed in a pan to bake till it’s a gorgeous dark hue. 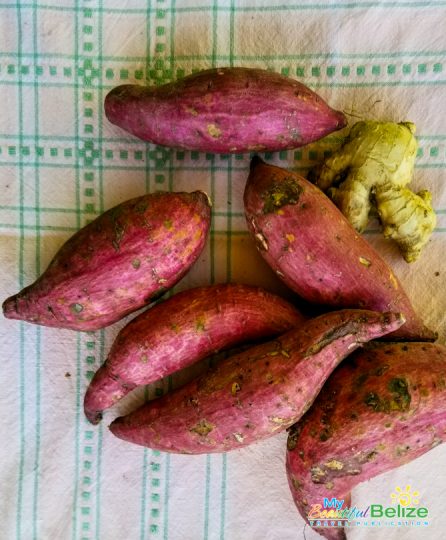 The old-fashioned way involved my mother sitting me down with a large bowl in my lap, box grater in hand, peeled and chopped potatoes and a nice knob of ginger ready for grating. (Yes, having children around was handy for these kinds of tasks.) Oh, but in the meantime, she was busy chopping down a fresh young banana leaf from the tree in the backyard. She would ‘turn down’ flames of the fogon by pulling out some of the burning wood, creating a smoky fire. Over this she roasted the leaf, smoking it out to turn from a vibrant, almost neon green to a dark smoky olive. 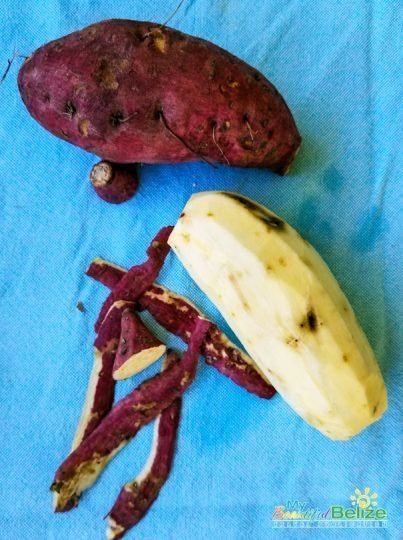 Once I was tired of the grating, she would take over, finishing up the potatoes and the coconut separately. Hot water over the coconut brings out the fresh milk, and a welcome addition to the pudding mixture. 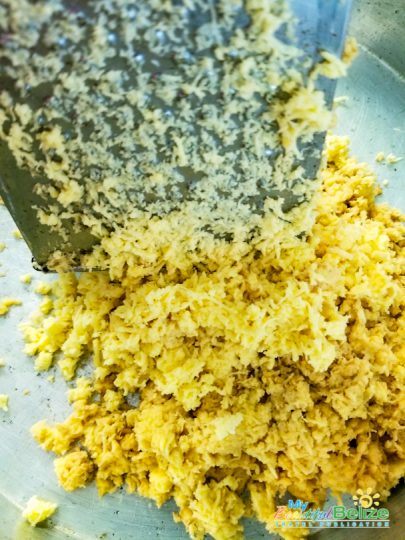 I’d watch in eager anticipation as she began the mixing process, the white flesh of the potatoes oxidizing slightly, turning color as sugar and coconut milk were added. When the mixture was at the desired consistency and sweetness – using the classic finger licking test – she would lay the smoked banana leaf (torn in pieces) to fit the pan. 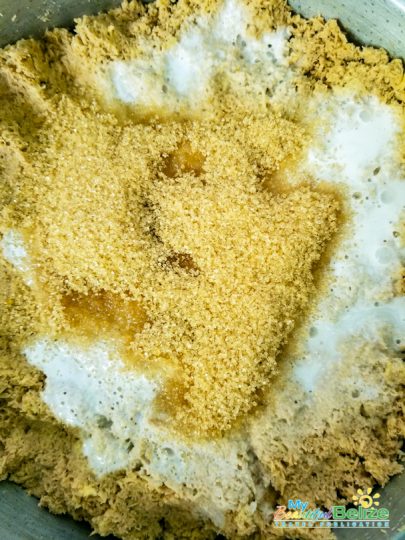 Slowly the mixture gets poured over the prepared pan and using her palms, flattened it until it was even. A flat pot cover went over it, and she would place it over the low flames of the fogon. After about half an hour, she would turn the pan slightly, and some fiery red embers would get placed on the cover, perfect to start baking the top of the pudding. After about 20 minutes, she would lift the cover and see if the top was getting caramelized, forming a rich crust. By now, the pudding was getting aesthetically pleasing, and the smells? Ohhh, the sweet and spicy smell permeated the air! A few more minutes of hot anticipation and she would remove the pan from the fire to let cool. 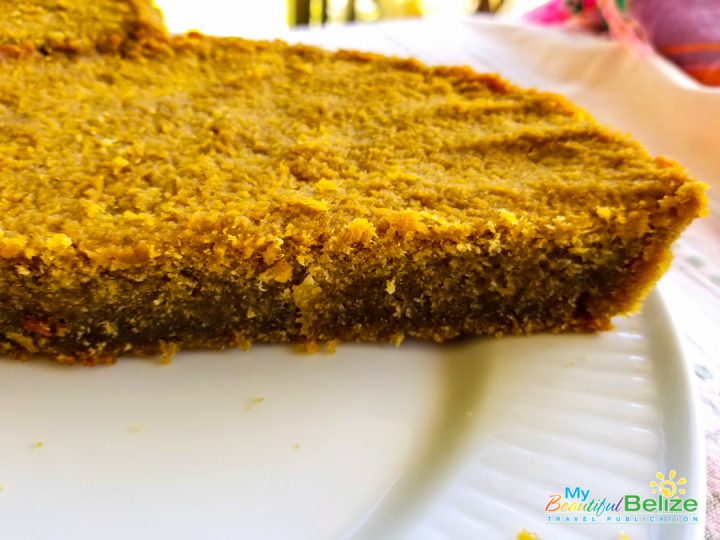 As chief grater, I was allowed my favorite bits, the sides. Rich, sweet, and uniquely starchy, the sweet potato pound stands out as my favorite treat around the holidays. Make your own in your modern kitchen, using the same ingredients but with less open fire. 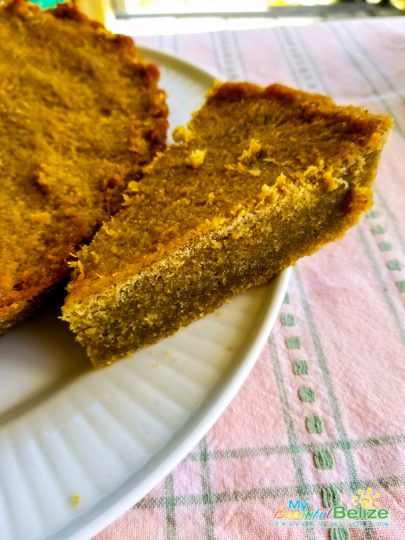 Mix the ground sweet potatoes and ginger, adding splashes of coconut milk till desired consistency. Add brown sugar, mixing well till you reach desired sweetness. The mixture should not be runny. Place on a well-greased 9” round pan, and flatten till level.
Slide the pan into the 350˚F preheated oven, and bake for 45 minutes. Slide to broil the top for 5 minutes, till caramelized. Cool, then slice into delicious wedges and enjoy!