It’s an essential staple in Belizean kitchens, and responsible for that special color in the chicken that tops our national dish. Recado is distinctive in both color and taste, adding a rich hue to meats and gravies.

Also known as achiote paste, recado is a combination of rich spices, based around the annatto seeds that give it the rich red color. 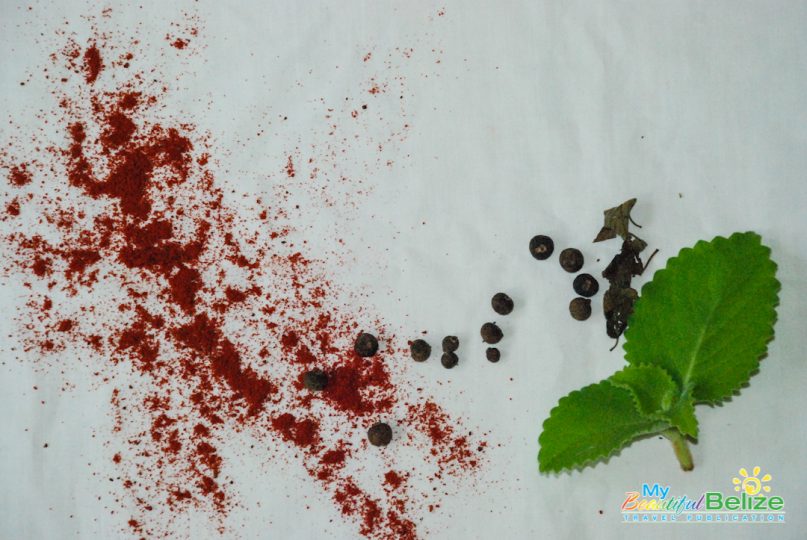 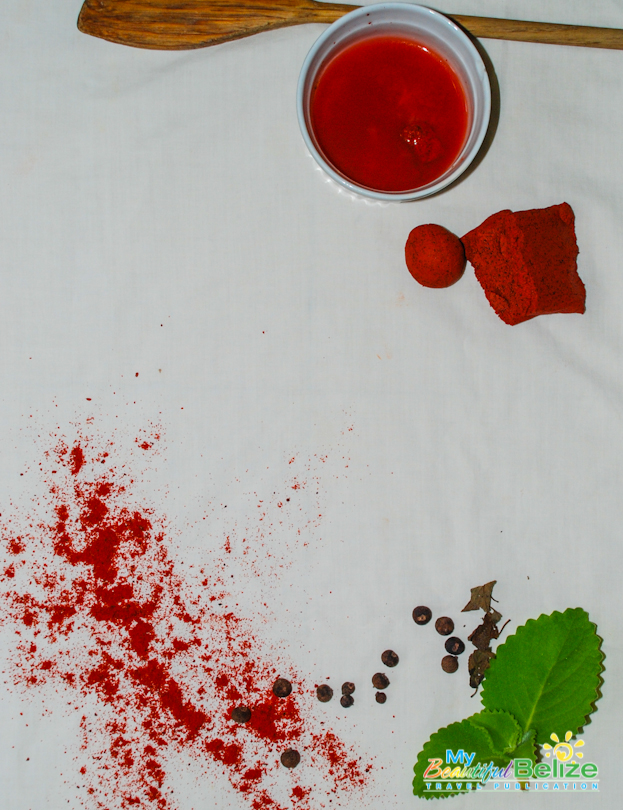 For as long as I’ve been around Belizean kitchens, whether they be top-of-the-line modern or the modest fire hearth, dirt floor, thatch roofed open air fogon spaces, there’s always been a block or hunk of red paste nearby.

Those delicious salbutes and panades that we happily munch on? Their orangey hue comes from the addition of a small bit of recado in the corn dough. Meats are marinated in a combination of spices, with a final rubdown of recado all over, so when the smoke and heat hit it, it takes on a golden brown hue that has a unique flavor all to its own. 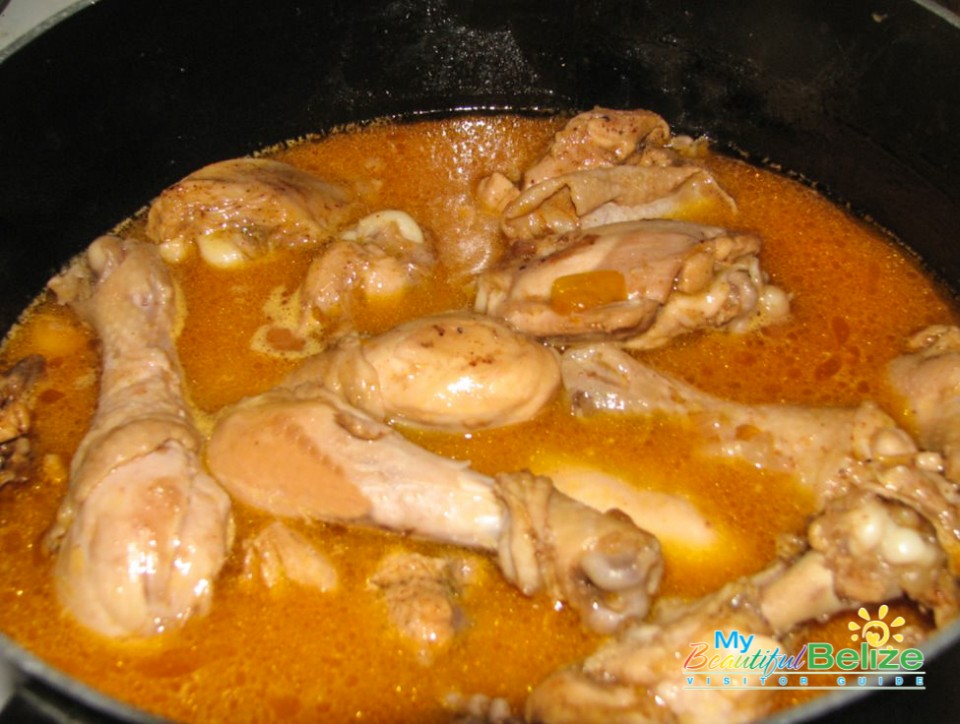 No matter how many different ways one prepares their stewed chicken, chances are, the cook of the day has at least three fingertips dyed red from dissolving a piece of recado in water to make its gravy. It’s an integral part of our Belizean cuisine, used in a variety of ways to bring out color and flavor to every bite. Belize has a variety of pre-packaged recado, and it’s a great souvenir to take back so you can recreate your favorite bites from Belize!