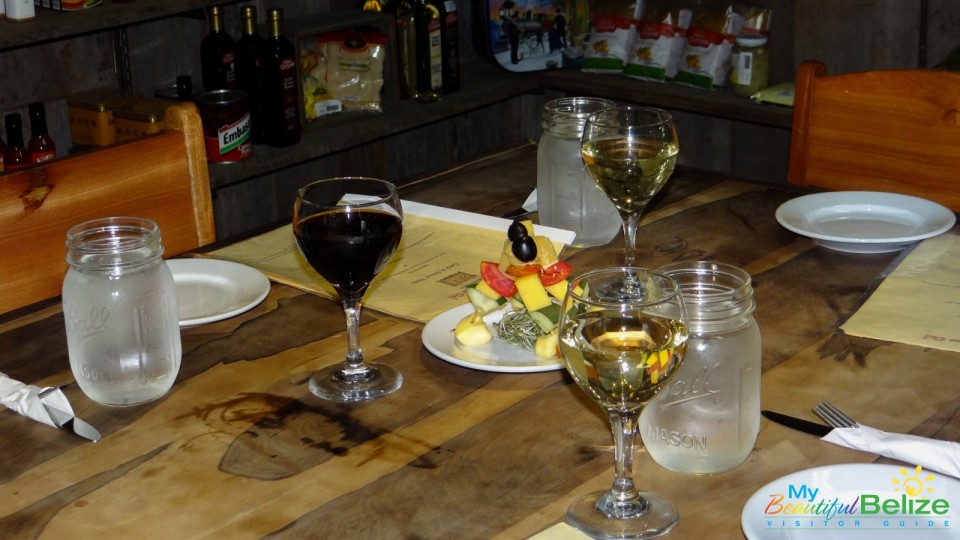 In the land of tasty rice and beans, stewed chicken, tortillas, fry jacks and other Belizean mainstays it’s hard to believe we would want to eat anything else, but every once in a while, even the most dedicated palate may find itself wandering towards something new and different.  In Belize we are well seasoned with other cultural delicacies thanks to the diversity of our population. From traditional Mestizo and Creole cuisine to Garifuna, Chinese, Lebanese and even Eastern Indian, we can indulge in their signature dishes without having to leave the country. And, not too long ago a new kind of cuisine was introduced to Belize that has expatriates reminiscing of home, and Belizeans eager to try something new, like rye bread, sauerkraut and pastrami! 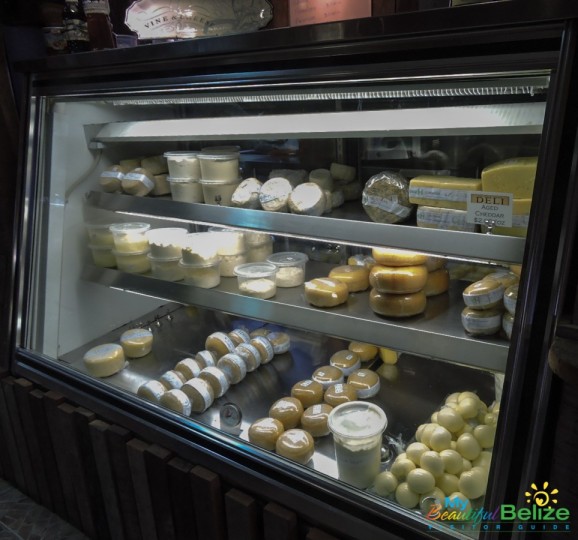 Over the last few years, the daddy of Caves Branch Jungle Lodge, Mr. Ian Anderson has been perfecting his hand at creating artisanal cheeses. With exotic names like Old Brabander, Trappist, Italian Stallion, Spressa and Quark, the flavors are equally intriguing. I may not be a Maître Fromager (cheese expert – I looked that up on Google) but my taste buds tell me super yum when sampling these dairy delicacies! 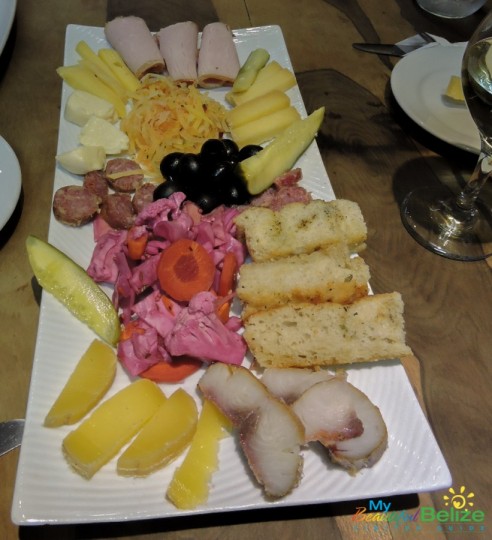 Anderson’s passion for artisan cuisine naturally progressed to all things that marry well with cheese (did I say I love this man?), like gorgeous Pumpernickel, Sourdough and Multigrain breads, and delectable cured meats like pastrami, salami, corned beef, pancetta, smoked turkey, ham and pork. Pair this with his farm fresh garden produce and fermented and pickled vegetables and the possibilities are endless when it comes to creating a meal packed full of flavor. When I think about the sandwich possibilities, I’m almost giddy! 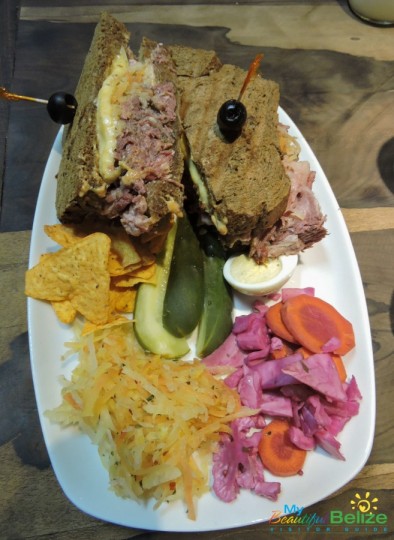 Once only available at special events and occasional farmer’s markets, Anderson opened The Farm House Deli in December 2015 in Belmopan, where under one roof, all of his delicacies are now available. Along with the artisan breads, cheeses and meats, this charming Old World-style deli also offers oven-fresh pastries, organic vegetables, fowl and even fresh caught reef fish. 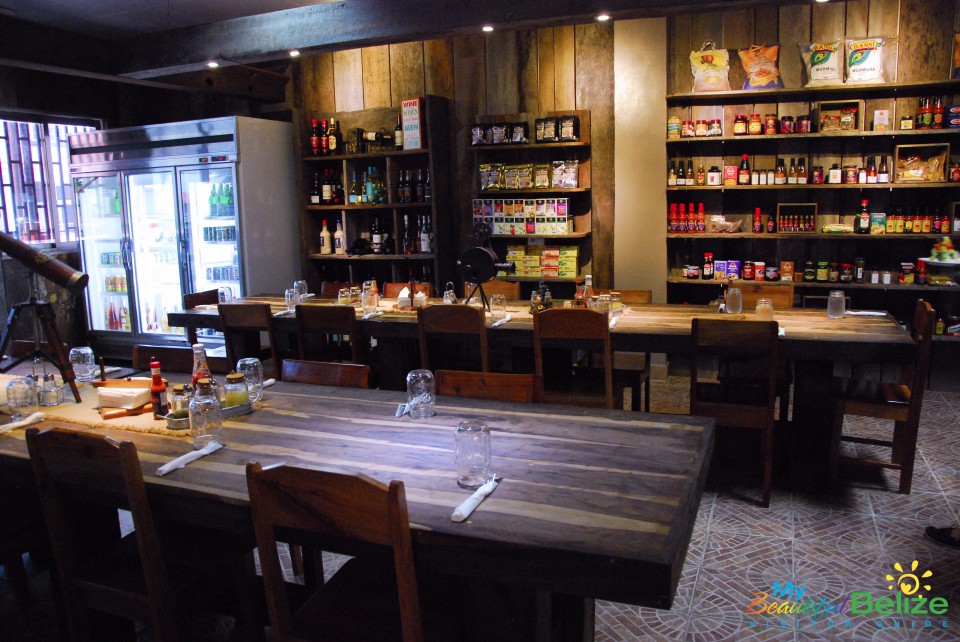 Brilliantly, they also have a kitchen that takes full advantage of these amazing ingredients to create a variety of scrumptious dishes. From chowders to cheese plates to pasta dishes, glorious sandwiches and yes, tacos…even the most familiar dish is sure to be chock-full of savory surprises. 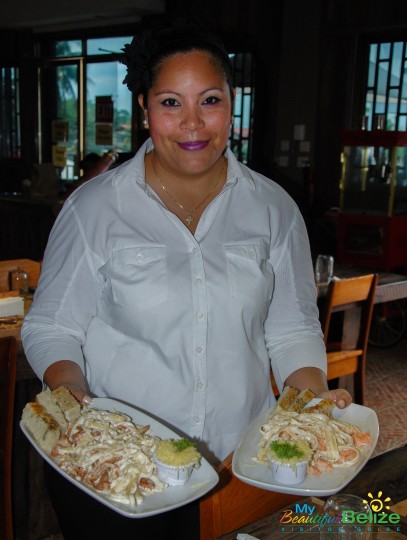 With all this talk of delicious possibilities you may be wondering just how the heck you are going to get to Belmopan to sample all these goodies for yourself…but do not dismay! On Saturday October 9th Ian Anderson held a farmer’s market at Mahogany Bay Village, Curio Collection by Hilton south of San Pedro Town, and to a champagne toast, announced that they would soon be opening a Farm House Deli on Ambergris Caye! Hallelujah! They will also be opening a location in Placencia, so no matter where you are in the country you just might be close enough to taste what I’m talking about. 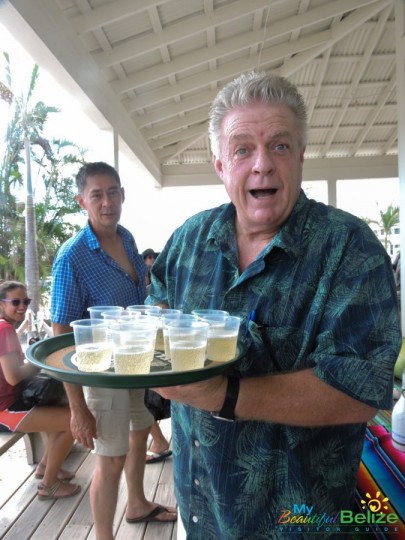 Both new locales are slated for opening in mid-December, and in the meantime Anderson promises to regularly host and attend farmer’s markets in the area. So if you’re an expat hankering for a taste of home, or an adventurous Belizean looking for the next taste sensation, The Farm House Deli will not disappoint. We will keep you posted as their move to the island progresses. In the meantime, welcome to La Isla Bonita…my belly awaits you with open arms! 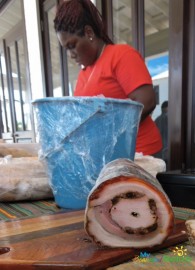 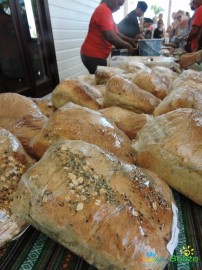 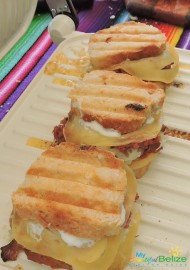 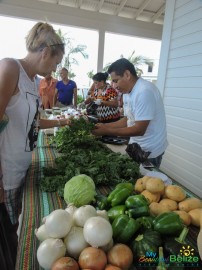 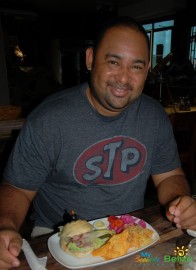 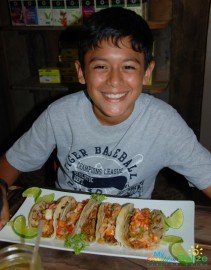 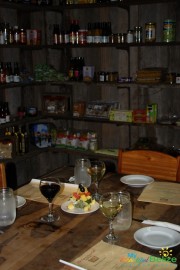 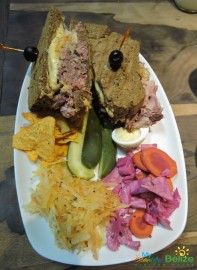