Caribbean Critters, Under the Belize Sea 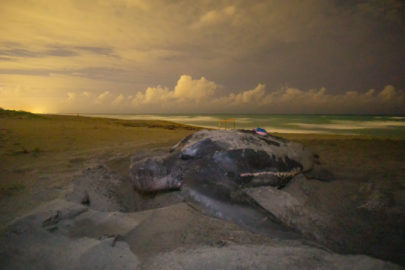 The Tour de Turtles is a fun, educational journey that follows the migration of sea turtles from their nesting beaches to their foraging ground. Through the use of satellite telemetry, STC will track leatherbacks Jessie, Nevada, Freckles, Hope, Tamarind, and SweetTarte – named by their corporate sponsors – to determine how far the sea turtles swim. The one to swim the furthest distance by October 31 wins.

Each turtle also swims to raise awareness about one of the threats that sea turtles face each day. These threats include light pollution, beach erosion, marine debris, oil spills, commercial fisheries, poaching, invasive species predation, climate change, and more. The data collected during the Tour de Turtles helps researchers, conservationists, and governing agencies make more informed decisions about sea turtle conservation methods and policies. Since the launch of the Tour de Turtles in 2008, STC has tracked more than 200 turtles. 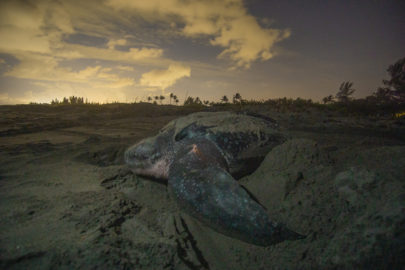 This year’s Tour de Turtles is special because it’s the first time STC has tracked leatherbacks from Florida. Typically the organization travels to Panama to tag and release leatherbacks, but was unable to do so this year due to COVID-19.

“This was a great opportunity to partner with Florida Leatherbacks, Inc. to have a leatherback version of the Tour de Turtles,” says Dr. Dan Evans, STC Research Biologist. “It will be interesting to see if leatherbacks that nest in Florida will migrate to the same feeding areas as the leatherbacks we have been tracking from STC’s research sites in Costa Rica and Panama.”

Additionally, this is the first time STC is launching a “leatherbacks only” version of the Tour de Turtles on World Sea Turtle Day, about six weeks before the hard-shell sea turtles launch their own Tour de Turtles race on August 1.

World Sea Turtle Day has always been a special day for STC. The holiday is celebrated on June 16 which is the birthdate of Dr. Archie Carr, STC’s Founder. Through his research, teaching, and writing, Dr. Carr is responsible for accumulating and distributing much of what is known about the biology and life cycle of sea turtles. He is credited by many for bringing the first international attention to the plight of marine turtles. 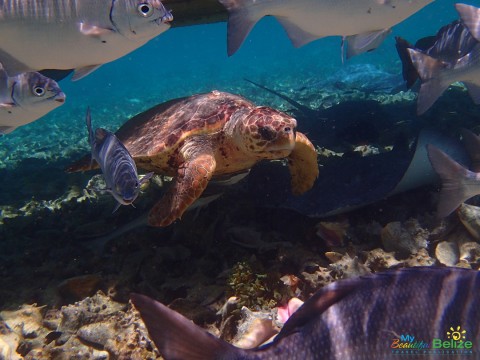 “Archie Carr was fascinated with the ability of sea turtles to navigate long distances and return right back to the same beach where they were born in order to nest,” said David Godfrey, STC Executive Director. “Dr. Carr spent much of his career developing methods to track sea turtle movements using the best technology of the time. He used everything from tethered balloons to sonic tags to the earliest forms of satellite tracking to study turtle migrations. If Archie were alive today, he would marvel at the way modern satellite transmitters allow us to pinpoint sea turtle movements, and he would love the concept of the Tour de Turtles as a way to let everyone track the turtles. It’s so fitting that this race launches on Dr. Carr’s birthday—which is also World Sea Turtle Day,” Godfrey said.

Learn more and follow the turtles’ migrations at www.tourdeturtles.org.