I don’t know when I became the official head-banging reporter – but it’s what I am now, and I wouldn’t change a thing! And now I’m back with some Verge of Umbra news!!
You guys remember when I went to see them film the video for their song “The Meditation” last year. I was there primarily to show support to Lowell, Jenko, Nello, Faith and Andres, but I was also there in hopes of becoming a video vixen (haha) – and get the scoop on the rock scene in the city.

As I’ve said before, Rock/Metal isn’t exactly the driving cultural music force in Belize, but what Verge has created is a sound so unique it can’t help but BE Belize. So, after being blown away by their lyrics and sound, then meeting everyone and being a part of their video filming, there was no way I would miss out on the grand premiere! 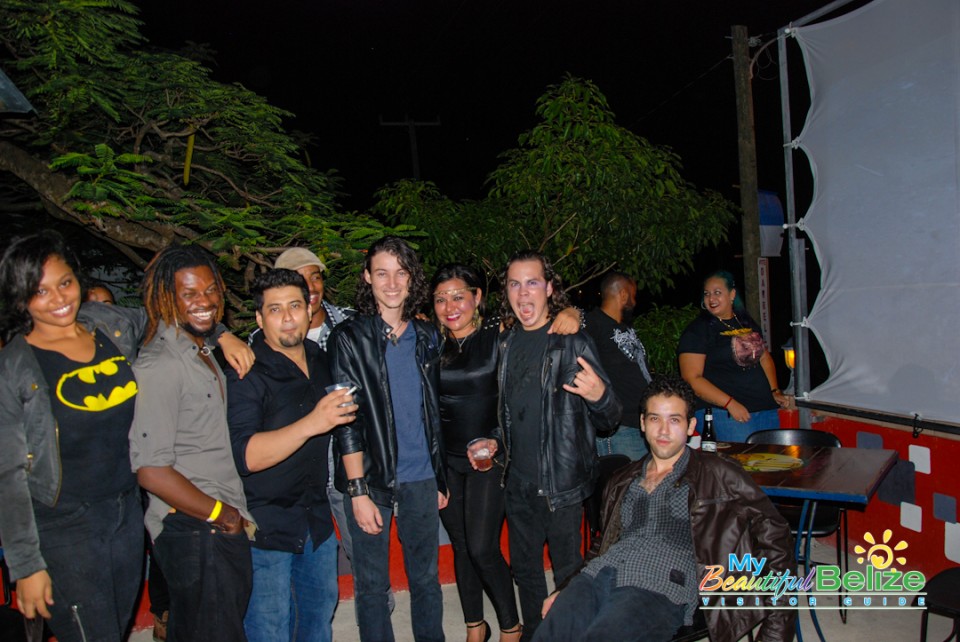 Held at Thirsty Thursdays, and sponsored by Digicell, Belikin and Traveller’s Liquors, the party featured an eclectic mix of people who clearly shared one thing in common: a love for rock! 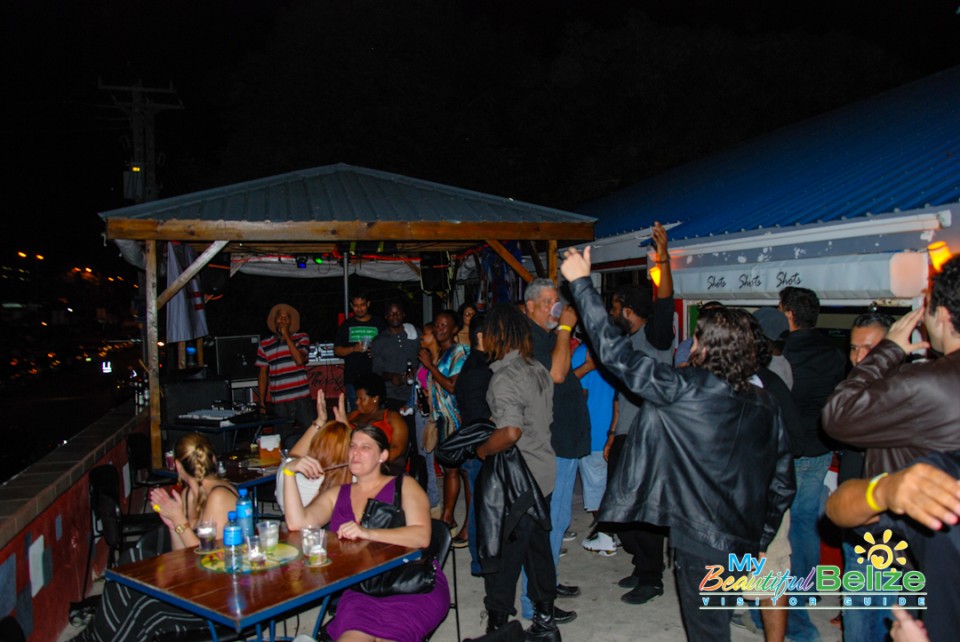 I sipped a cold $2 Belikin as I mingled, listening to the chatter and appreciating the support for my friends’ band. There were other musicians in the house, including members of Ascenthium, The Remaining and Almost 7. The organizer for the annual rock concert in Benque Viejo, Metalhaven Bash, happened to be at the door pitching in and putting wristbands on us, selling T-shirts and being the welcome committee. I was so heartened to see the support for the guys…and extra happy to hear the boys’ excitement that I’d made it…ALL the way from San Pedro! Way to make me feel special guys! 😉 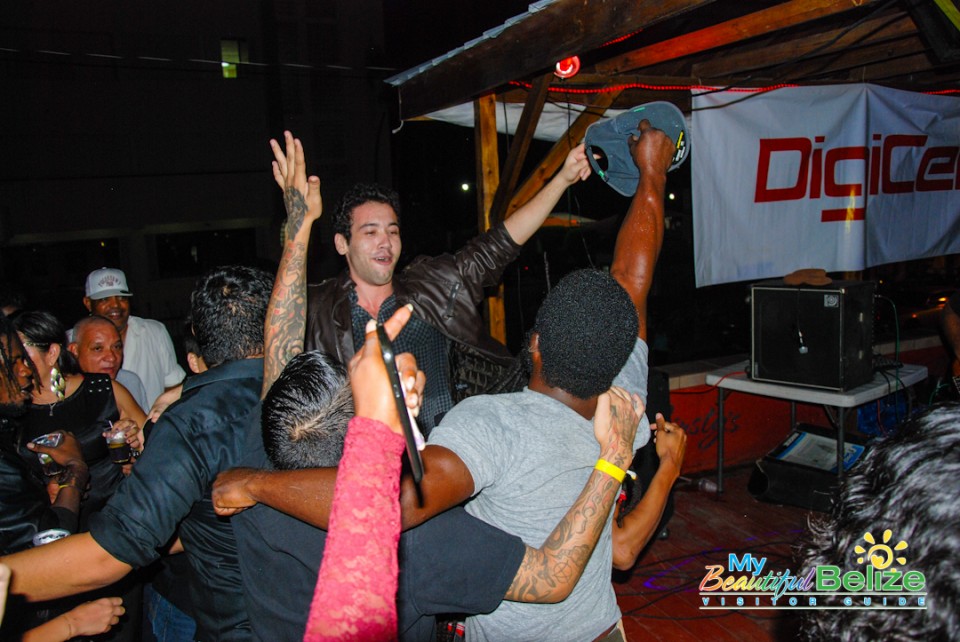 Chatter died down when the grand moment arrived, and I held my breath…3…2…1…

Oh my goodness, what a cool video! Everyone around me was cheering as they watched themselves and the main characters onscreen…I particularly enjoyed the concept of the video, split as it was into the various temptations facing each band member. Of course, Cricel Castillo, Belize’s top female bodybuilder, was starring in her role as the temptress and head assassin… 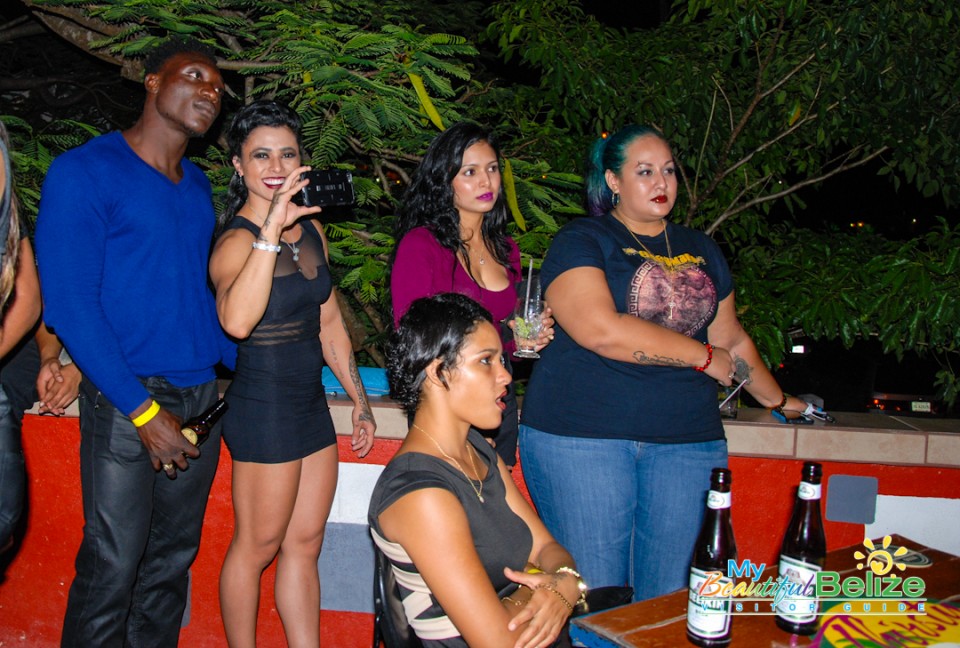 Cricel Castillo took a few snaps while the video played.

Of course, a premiere party wouldn’t be complete without some live music! Verge got onstage and performed a few hits before the nightclub beats took over. I got to see some Belize moshing, and I have to say, I’ll stay away from them! HA! 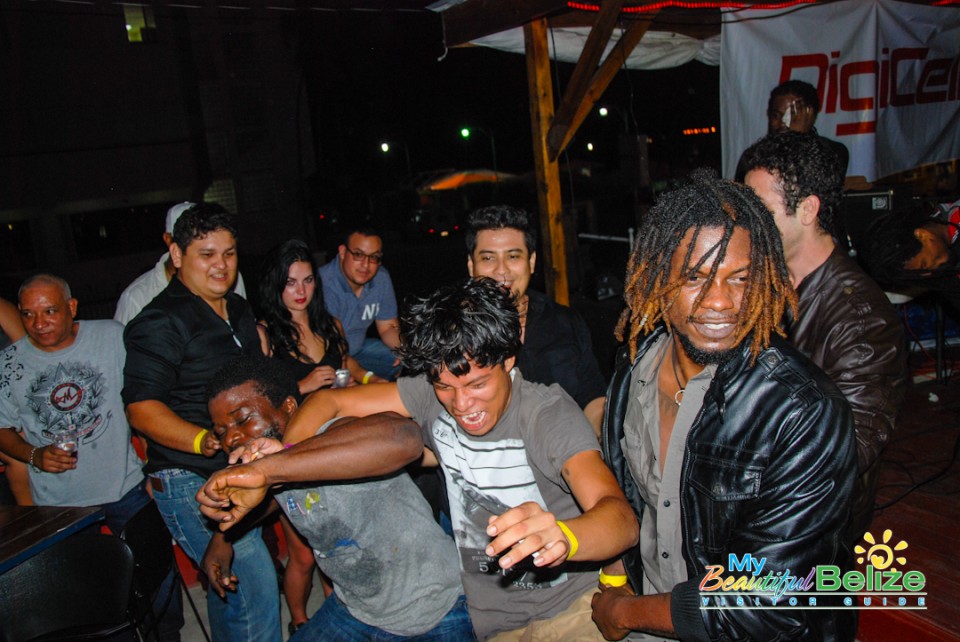 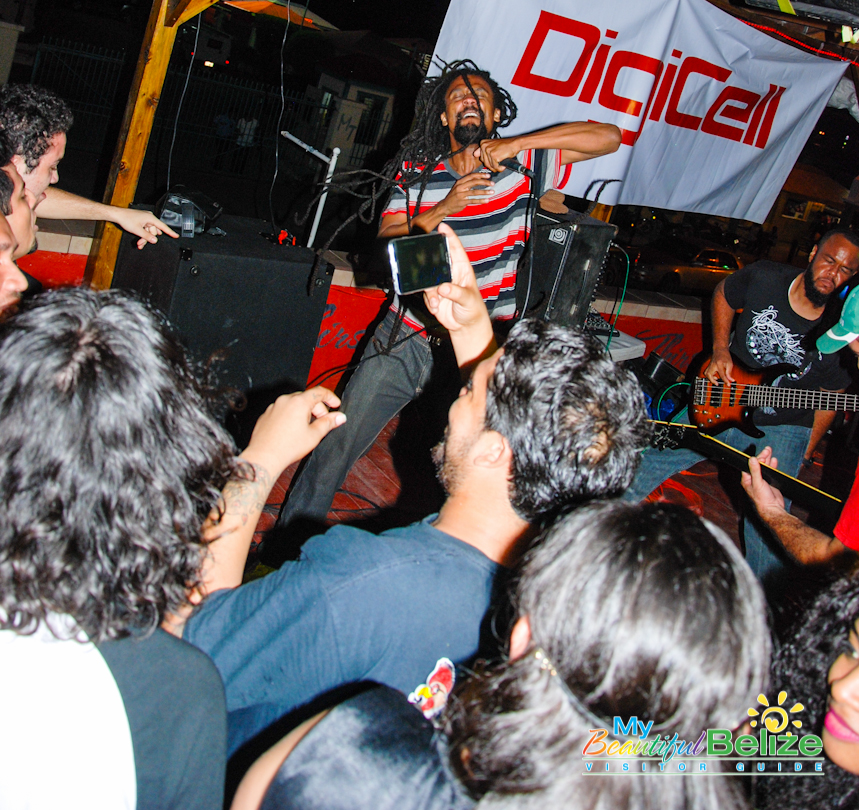 Congratulations to the boys of Verge (currently on tour in Central America) on the greatly executed, super fun video! This fan appreciates it, and so do the countless others around Belize and the world who have an appreciation for your unique sounds! ROCK ON!