Tony Rath promotes the preservation of our Belizean heritage

Once I discovered photography, art, and imagery, I was immediately drawn to the works of Tony Rath. It was a vague sense of ‘knowing’ Tony took pictures of Belize and its people, its waters, its animals – feeling that he was an important asset to our country. It wasn’t until later in life, deep in my work with the media, that my interest went beyond the pretty images. In fact, it was the less than stellar subjects that his lens captured – coupled with a passionate story and plea to the people of Belize – that made my respect and love for Tony Rath the photographer and Belizean really grow. 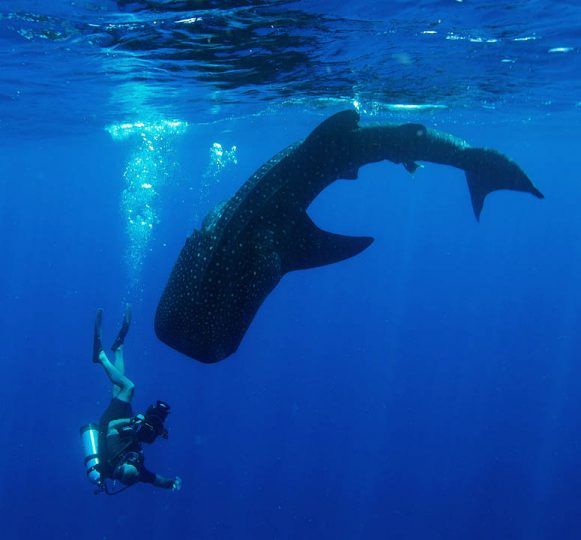 Tony and I laughed about my misconception on this particular photo. I always assumed Tony was the photographer, but in actuality, he is the diver, and MARTIN SPRAGG took the shot. However, it remains one of the most iconic images to me, and catapulted Tony Rath’s name into my world. Thanks Martin!

You must understand; there weren’t many cameras – or really, any sort of image capturing device, where I grew up. Photographs were few and far between, and the few we were gifted have become treasured collectibles in my home. 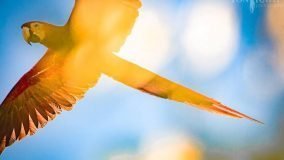 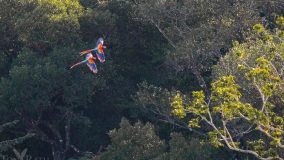 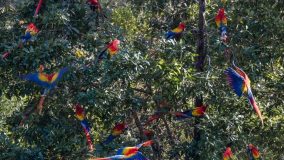 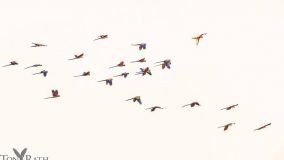 Discovering Tony’s work – witnessing sights of Belize that I had never dreamed of – took my breath away. I feel strongly about a lot of artists’ works, and Tony is right at the top. I love watching artists put ink to skin, pen to paper, paint to canvas, bringing to life the images in their minds and ideas to life. Tony takes his tools: lens, lighting, a willing (or unsuspecting) subject and somehow, brings out angles and sheds light on shadows that the ordinary onlooker would not have noticed. 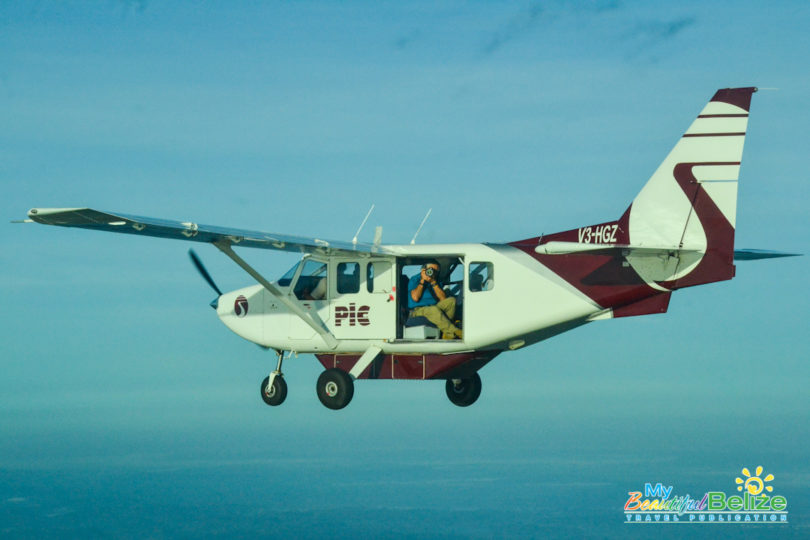 Tony is also a daredevil of sorts: strapped into an open-sided Tropic Air vessel? Why not?

Meeting him was a joy. It was an Oceana in Belize sponsored event, with Kate Walsh as the main subject, the Belize Blue Hole the setting, and Tony Rath the photographer. While everyone was eyeing the actress, I could hardly contain my excitement at meeting Tony. His warmth and charisma quickly dispelled any nerves I may have had, and we became friendly (cue my lifetime achievement award over-the-top speech).

I kept following him on social media, since the man is quite busy all over the place, photographing amazing places both on land and in the water (and even in the air!) 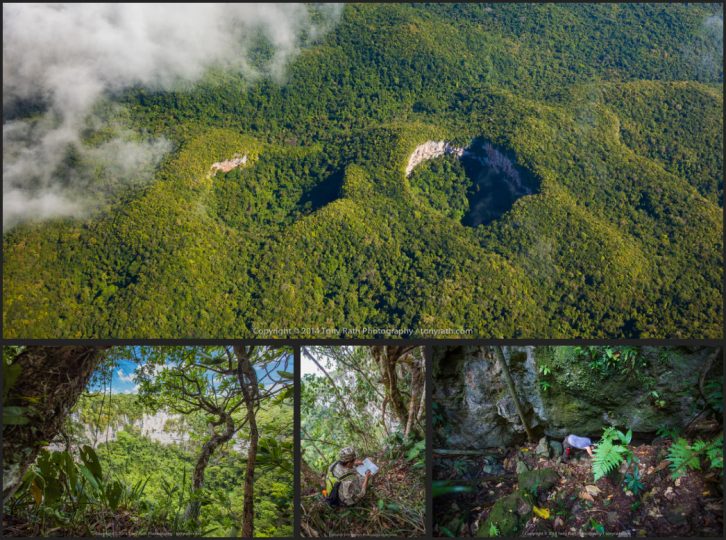 Then, in 2014, Tony shared a link to a story he worked on while in the Chiquibul rainforest: “Belize is at War.” The Chiquibul is essentially the terrain between Guatemala and Belize’s border issues, and stories of poachers and illegal trespassing to loot the fertile land’s bounty are constantly in the news. During a reconnaissance expedition deep into the National Park, Tony accompanied some of Belize’s most experienced bushmen, highly trained rangers from the Friends of Conservation and Development – the organization tasked with managing this vast region, and a filmmaker. 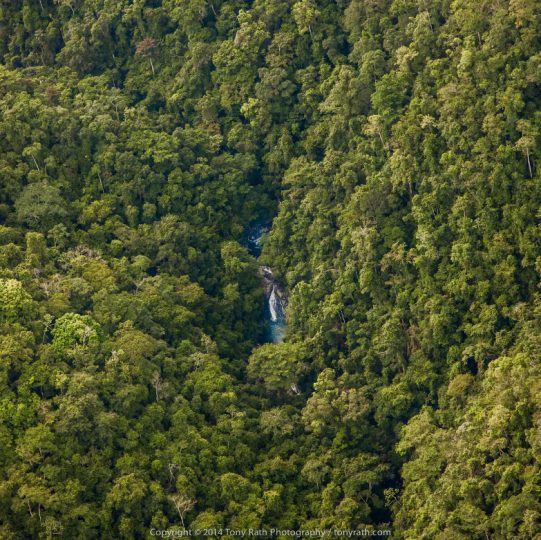 His incredible photographs captured the utter rugged beauty of the forest, the hardships faced by the limited number of rangers trying to watch over 265,000 acres of tropical broadleaf forest, and the team’s struggle to make it to their destination. Not only were his images powerful but his words struck a nerve in those who read it, learning just how hard it is to protect our national heritage against poverty-stricken Guatemalans who risk their lives to poach from Belize’s rich resources just beyond their border. It was then that my admiration shifted, and my respect grew.

Here is someone who has chosen to make Belize his home and where he raised his family. He continues to promote our country, while also asking her people to become aware and to fight for their heritage. His photographs often touch on various issues that Belize faces, and he makes a statement, staunch in his beliefs. Each community has its vocal leaders, those who fight against injustice, those who call for unification, those who speak up for those who cannot, and those who push boundaries so that others may be able to live a better life. When they are leaders who use their platform to ask for a better Belize, we salute and applaud them. We join them however we can, and at My Beautiful Belize, we promote them and try to share their works and increase awareness with our readers. 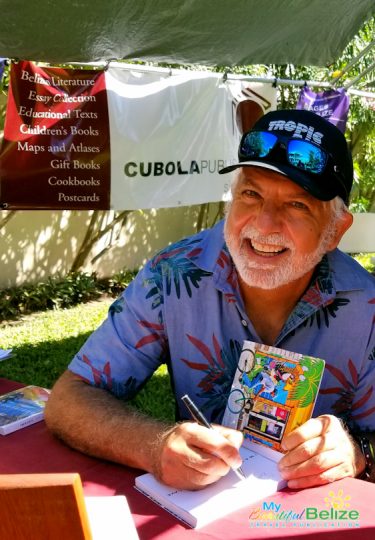 Belize provides habitats for so much of the wildlife that makes our country diverse and unique. As travelers and tourists become more aware and conscious of their global impact, we implore that you take into consideration the wildlife and surroundings you come across. Wild, untamed and truly free, as nature intended, is the way to see our beautiful Belize!

Tony Rath is a professional photographer based in the culture capital of Belize: Dangriga Town. He is a trained marine biologist and has worked as a diver and underwater photographer for the Smithsonian Institution; diving on oil rigs off California and captaining a sailboat across the Atlantic Ocean and through the Mediterranean and North Seas. Tony first visited Belize in 1979 and moved there permanently in 1988. Since then he has explored and photographed most of Belize by land, sea, and air. He has also photographed the neighboring countries of Honduras, Guatemala, and Mexico.
Tony recently released his latest collection of pictures (in collaboration with Cubola Productions), titled “Images of Ambergris Caye.” The photographs span 20 years of imagery and reveal a lot regarding development and growth on the island. He has also put forth a collection of images titled “Images of Belize.” These books are available at gift stores on the island and throughout the country, and at airport boarding locations. Follow him on Instagram @tonyrath, and on Facebook @belizephotography to keep up with his stunning work.