Written by Tamara Sniffin on February 2, 2017

The Belizean fishing industry dates back to the time of the Maya when snappers and anchovies were the most important food from the sea. Over the years sleepy fishing villages prospered from the bounty of the sea, from the northern cayes of Ambergris and Caye Caulker, to the mainland coastal communities of Corozal, all the way south to Punta Gorda. For generations, fisher folk benefited from harvesting fish, but did you know it wasn’t until the 1920’s that they became lobster trappers as well? At that time lobster were so abundant many old-timers tell the stories of how you could simply catch them from the beach! 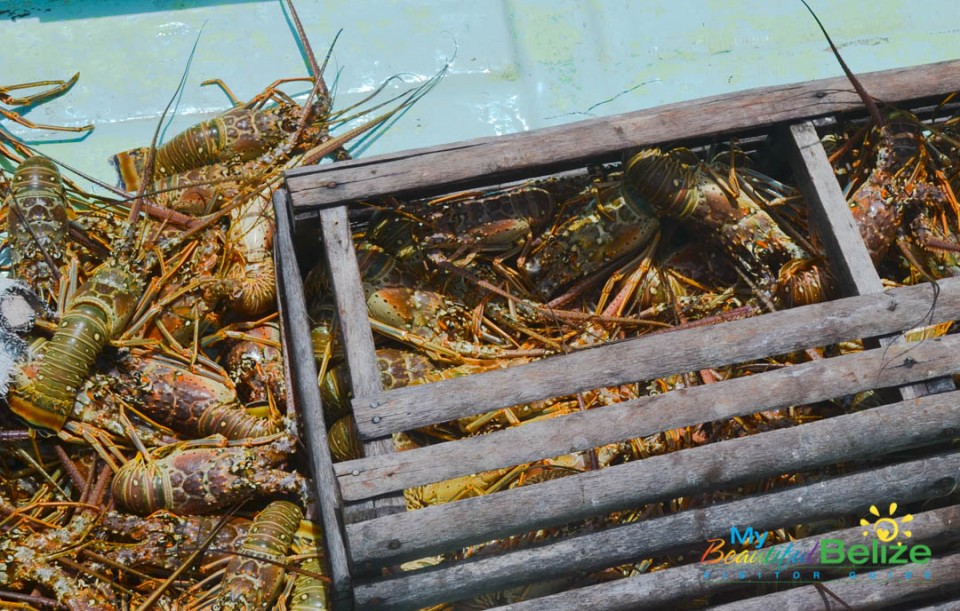 Although the Caribbean Spiny Lobster were once regarded as ‘trash fish’ by the locals, that trash turned to treasure when the US market for the crustacean opened after North American lobster numbers declined. In the first years of exportation, Belizean fishermen sold their lobster tails for one cent a pound! Of course the industry was advancing with the times, and motorized boats, along with the availability of ice allowed the fishermen to thrive. By the late 1940’s the lobster industry grew to be the most lucrative marine export product, with freezer boats coming from the US, and new processing and cold storage facilities in Belize City. For the fisher folk, this meant full-time, year-round lobster fishing, and they were now getting five to seven cents a pound! 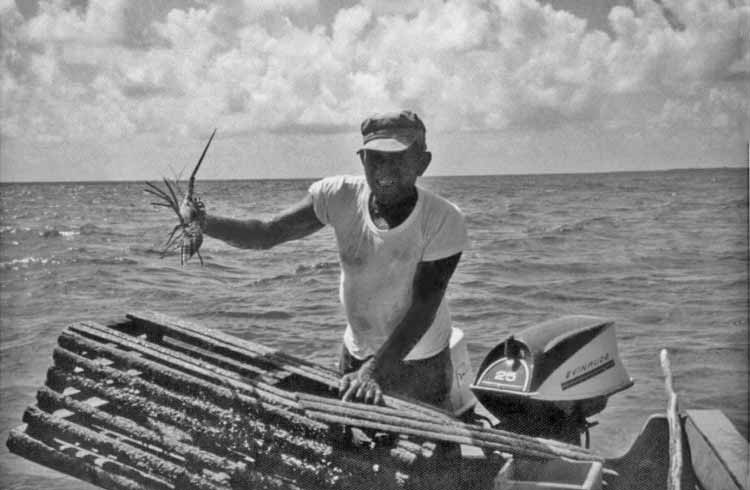 Photo courtesy of the San Pedro House of Culture

Back in the day lobster were so easy to catch that fisherman could catch up to 400 in one day, and as many as 2,000 lobster in a week! With this success, it became apparent that some sort of management was necessary to assure the viability of such a valuable resource, and the Fisheries Act of 1948 mandated that during the reproductive season it was illegal to harvest lobster between February 15 to June 14th. The Act also stated that the carapace (the hard, upper shell) length had to be at least three inches in length, tail-weight had to be more than four ounces in weight, and that it was illegal to harvest ‘berried’ females (having eggs) or molting or soft shelled lobster. 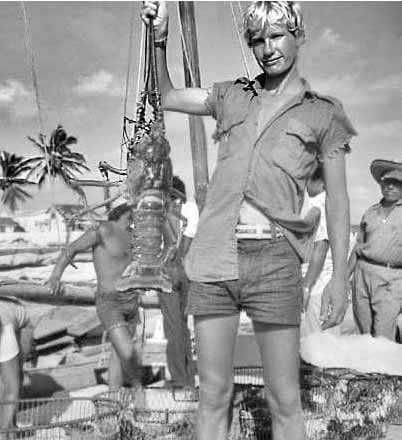 Photo courtesy of the San Pedro House of Culture

Lobster traps were the first means of catching the crustaceans, and diving for them didn’t begin until the late 1950s with the introduction of masks and fins. This innovation quickly took hold, allowing more men to catch lobster easily and cheaply. Divers would swim the reef and rocks with hook sticks looking for lobsters hidden under rock crevices. When a lobster is spotted, the diver hooks its soft underside and then deposits the catch in his canoe-like dory. The diving is done without tanks at depths of five to thirty feet. 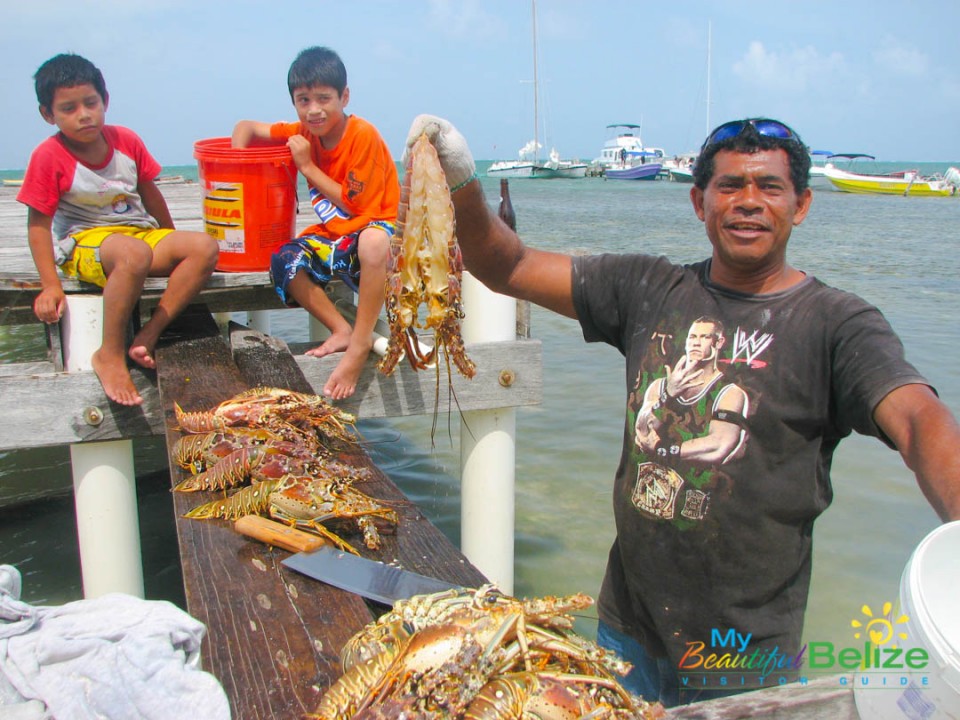 By the early 1950’s, buyers started to increase payment for lobster; eventually coming to Ambergris Caye to buy directly from the fishermen, paying them up to $1.25 to $1.50 per pound. Although this was a significant increase in income, the lobster fishermen realized that the buyers were the ones making all the money, so in 1960 the first fishermen’s cooperative was formed in Caye Caulker, called the Northern Fishermen’s Cooperative Society. In 1963, Ambergris Caye followed suit and opened the Caribeña Producers Cooperative Society Limited. Once a week the lobsters were transported from the island to Belize City on a sail boat, and delivered to the Caribbean Queen Company in Belize City where they were processed for export. 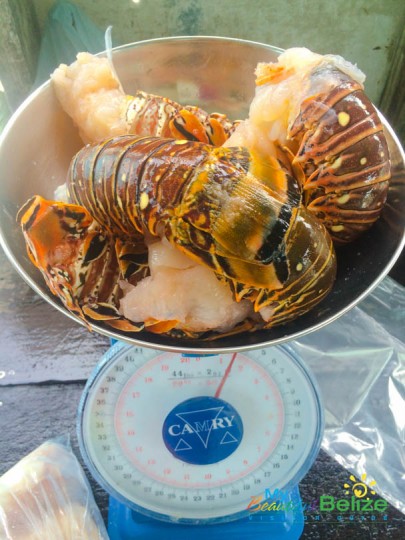 At one time lobster fishermen were some on the wealthiest people in Belize. In the 1980s, the average salary of a lobster fisher was five times greater than the average per capita income and twice the salary of civil servants! In addition to improved distribution of export earnings, the cooperatives provided financial support, through loans, allowing members to invest in technology, and local cooperatives gave local fishers access to the export market. 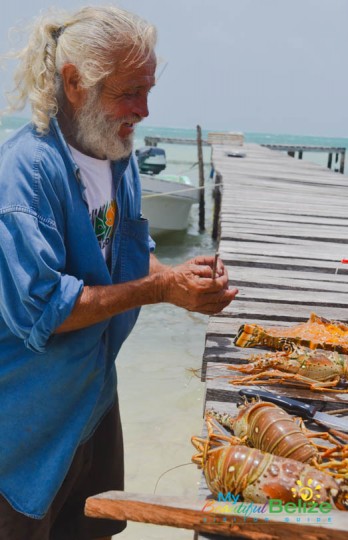 However, all this prosperity led to over-harvesting the species, which by the late 1980’s was all but fished out. Nowadays, during the closed season many lobster fishermen subsidize their income by harvesting conch, or work as tour and fishing guides. Some have abandoned the profession altogether. 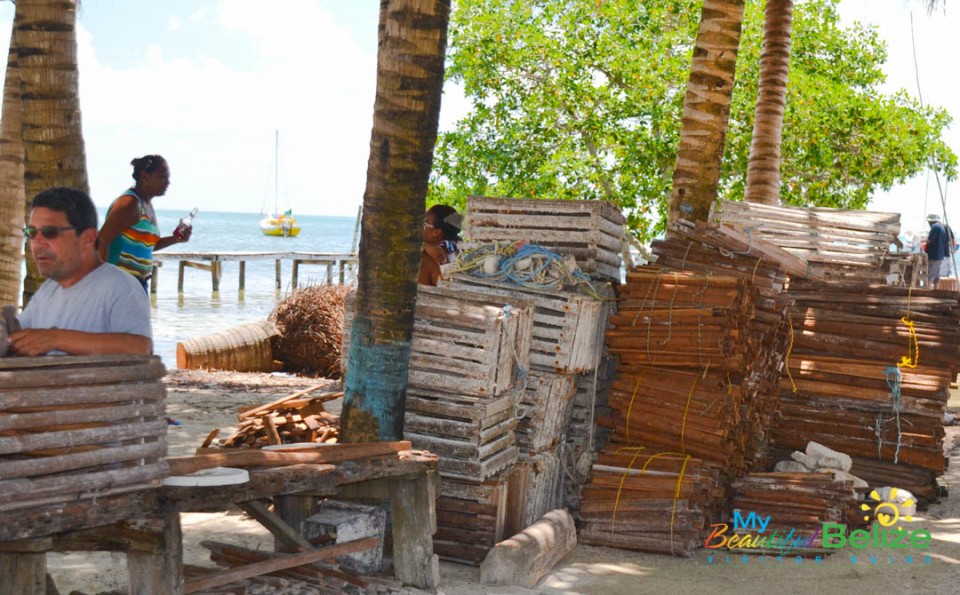 As well-intentioned as fishing regulations are, enforcement remains a challenge, and over the years, harvest numbers have been on a steady decline. Due to the dwindling inventory, the cooperative on Ambergris Caye closed in February 2010. In an effort to boost the population and growth of lobster in the entire region, the Belize Fisheries Department joined the Harmonized Closed Lobster Season in 2010. Guatemala, Nicaragua, Honduras, Costa Rica and Panama all share the same season dates now. 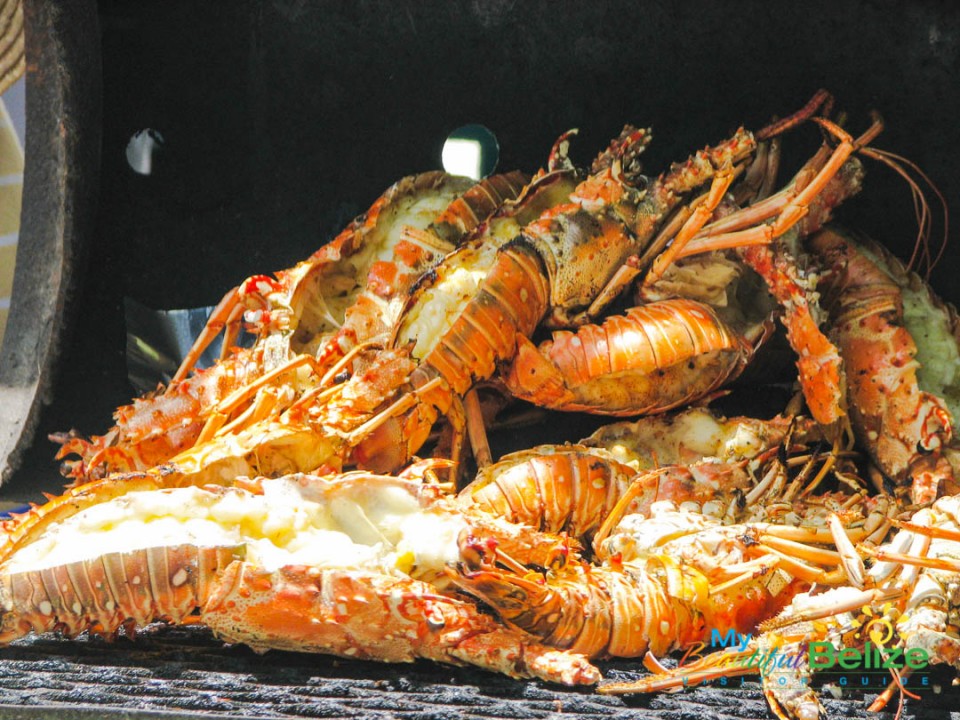 Even though harvests are smaller than the days of plenty, the Spiny Lobster remains one of the top marine exports for Belize. With earnings for the 2014-2015 season amounting to an estimated $15,270,000BZ and a total of 484,891 pounds of lobster, this income is essential to the Belizean economy. This success certainly calls for celebration, and in July 1994 Caye Caulker was the first to honor the prosperity and culture of this tasty crustacean as a Lobster Festival. 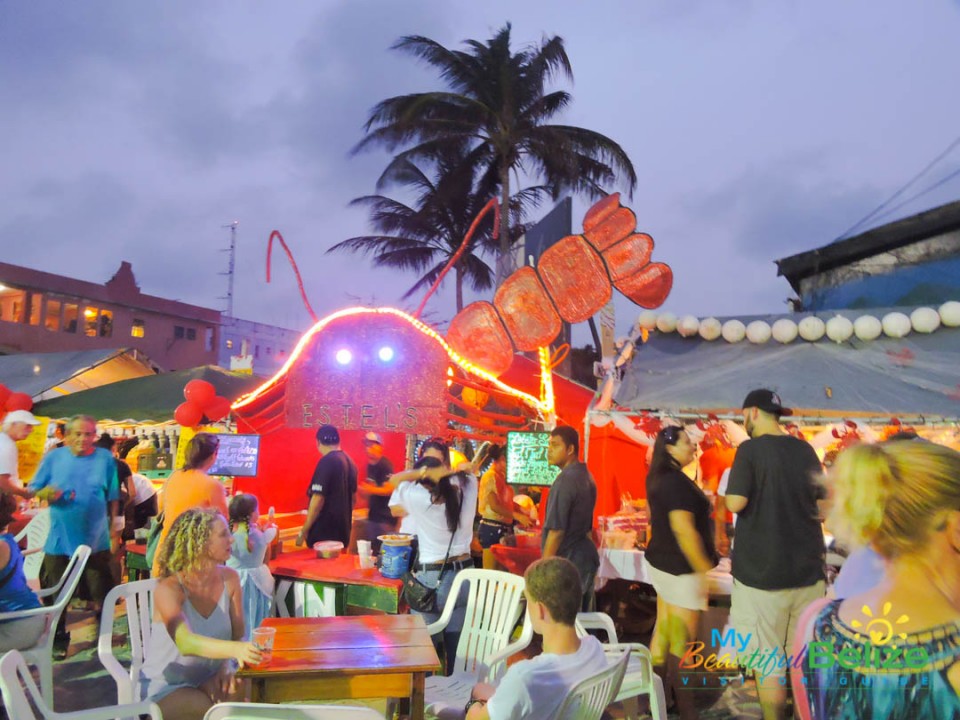 Placencia followed their lead in 1998, and in 2007 San Pedro Town on Ambergris Caye began hosting a lobster fest as well. These annual celebrations are huge draws for the tourism industry and enjoyed by locals and visitors alike. 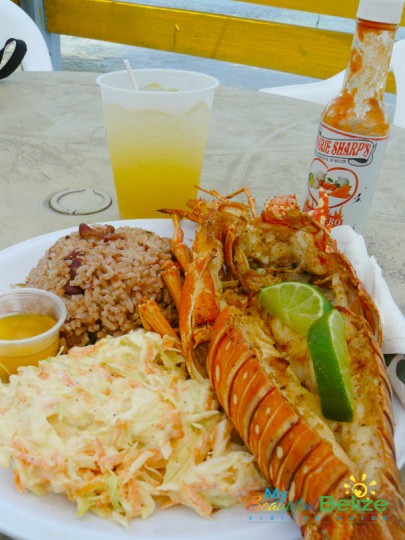 The lobster has certainly transitioned from the ugly duckling to the belle of the ball. From a fishermen’s way of life, to becoming a vital part of Belize’s economy and tourism, the success of our Spiny lobster is vital to our success countrywide. 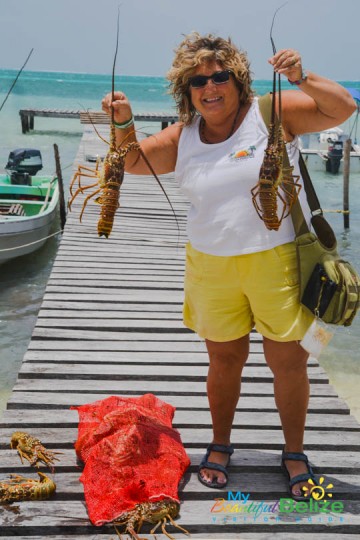