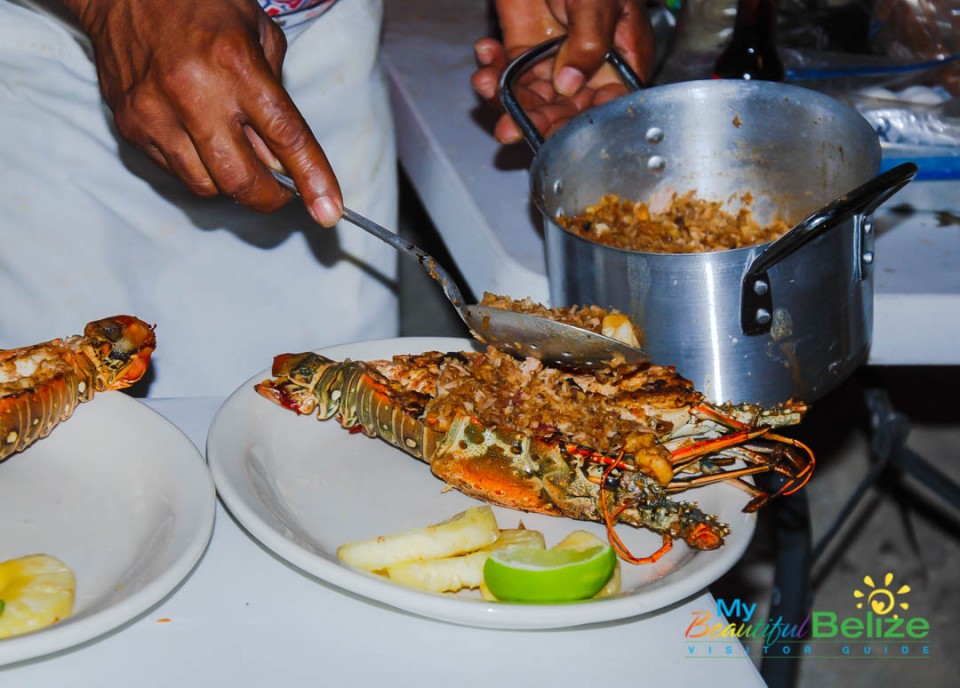 The lobster extravaganza kicked off on Friday, July 1st with a Lobster Cook-off sponsored by Grace Kennedy Belize Limited. Four teams of two showcased their culinary expertise, creating amazing lobster dishes at the Palapa Gardens. Providing some truly fun commentary was Belizean personality William Neal who kept the crowd enthused all evening. Providing soothing sounds in the background was the Dynamix Steel Band. 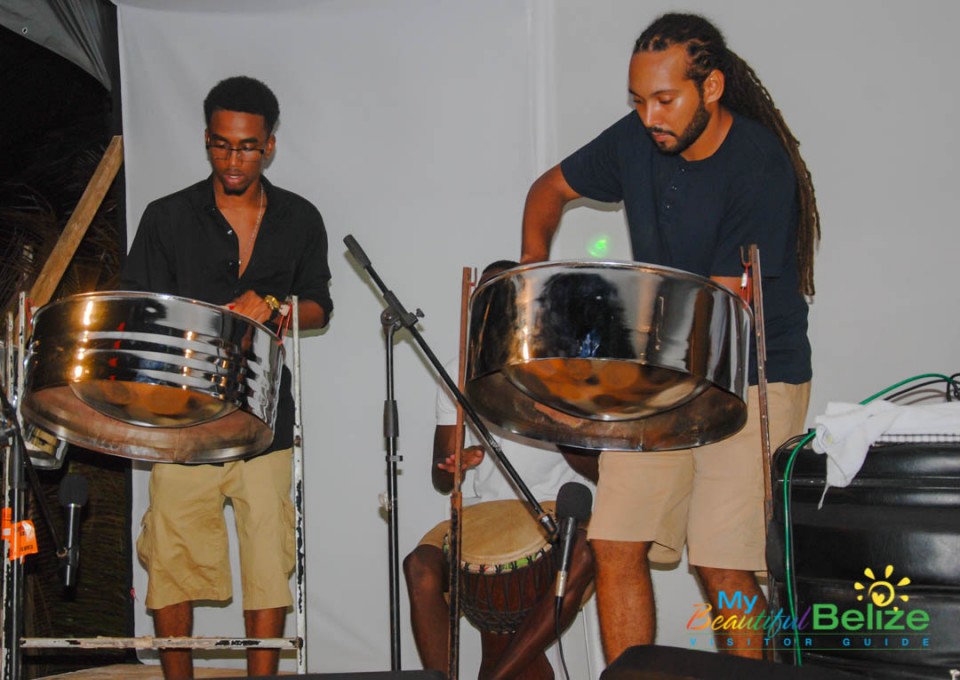 Tasked with judging the event were Michael Joseph, Wayne Austin Garbutt Jr. and Marcelo Blake. The crowd cheered on the cooks as they prepared unique dishes featuring Lobster as the protiuend. 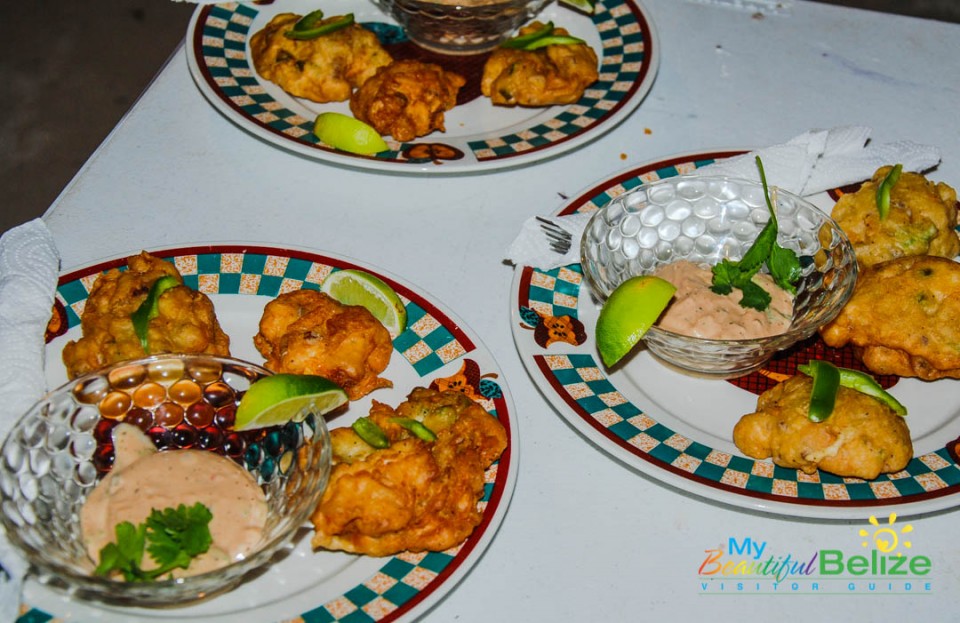 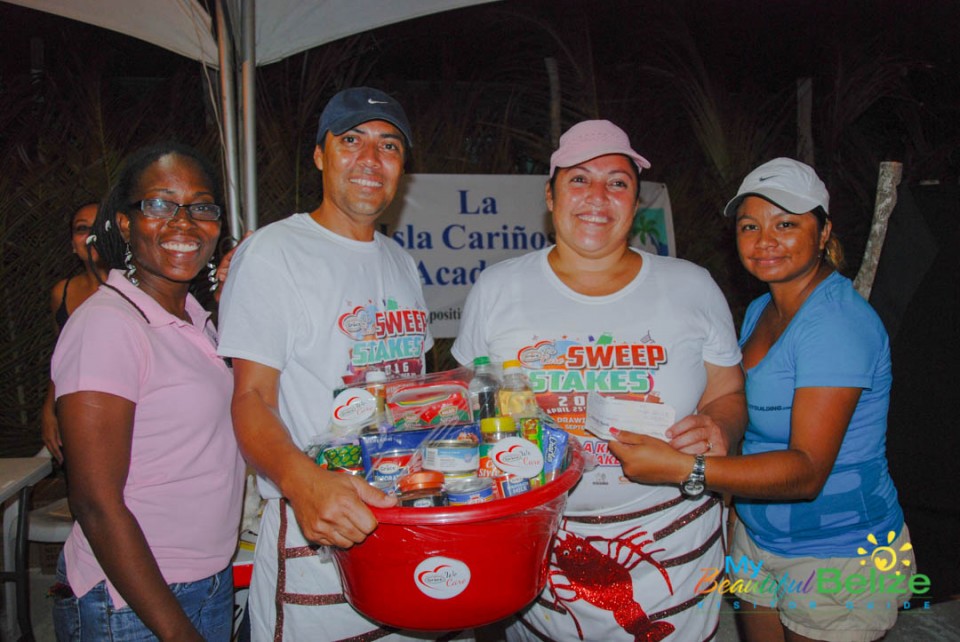 After the competition, islanders and visitors alike crowded the stage area where Belize’s Queen of Soca, the inimitable Ernestine Carballo would perform. Full of energy and verve, Ernestine sang some of her biggest hits, even bringing some audience members onstage to join in the dancing and camaraderie.
Children and adults alike sang along to her patriotic hits, dancing and getting into the spirit of celebration. Ernestine’s energy was contagious, setting the vibe for a fabulous Lobster Festival weekend in Caye Caulker! 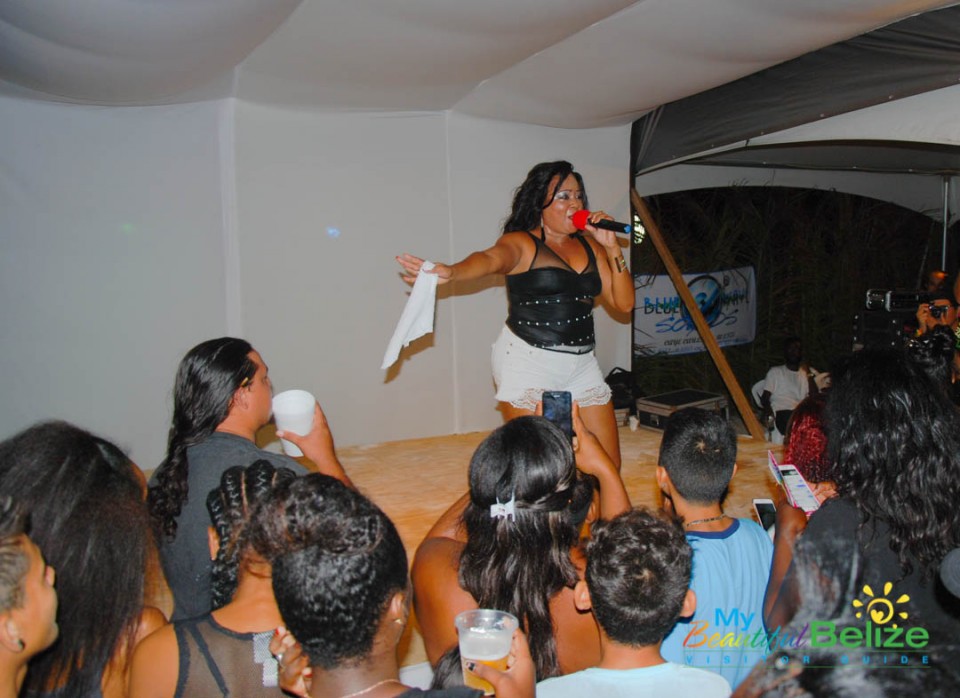 On the second day of the Caye Caulker Lobster Festival, Palapa Gardens was the place to be for an all-day beach party. With food booths providing scrumptious lobster treats and skilled bartenders keeping the crowd properly refreshed, the party was non-stop. 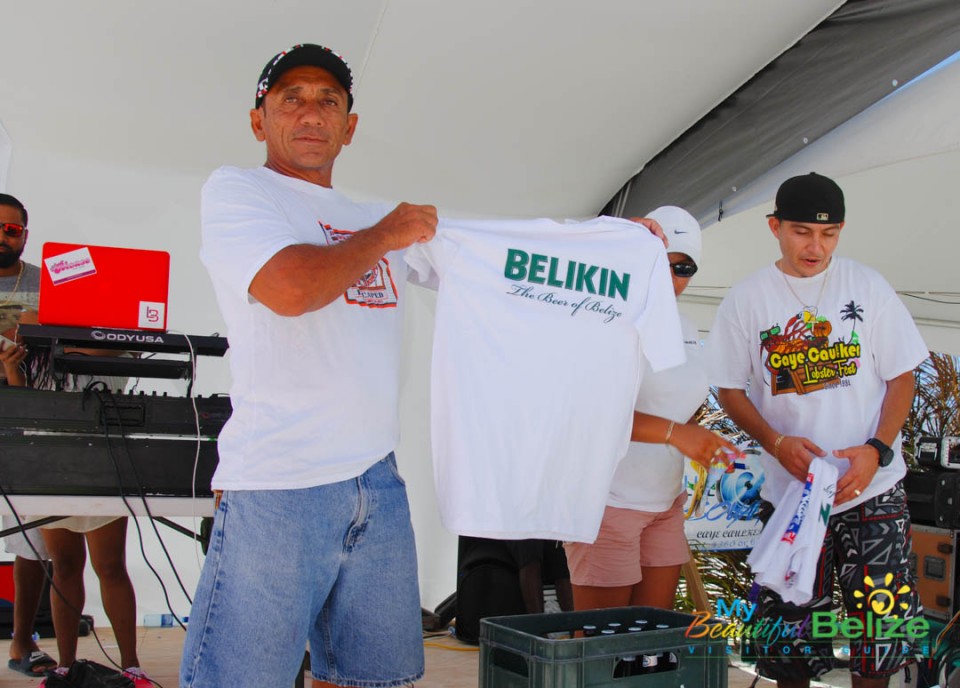 Events for Saturday, July 2nd started with the Lobster Competition. Prizes were awarded to the fisherman who brought in the largest lobster and the biggest lobster catch. Immediately after the completion, attendees flocked the beach for the Color Explosion Powder Party. 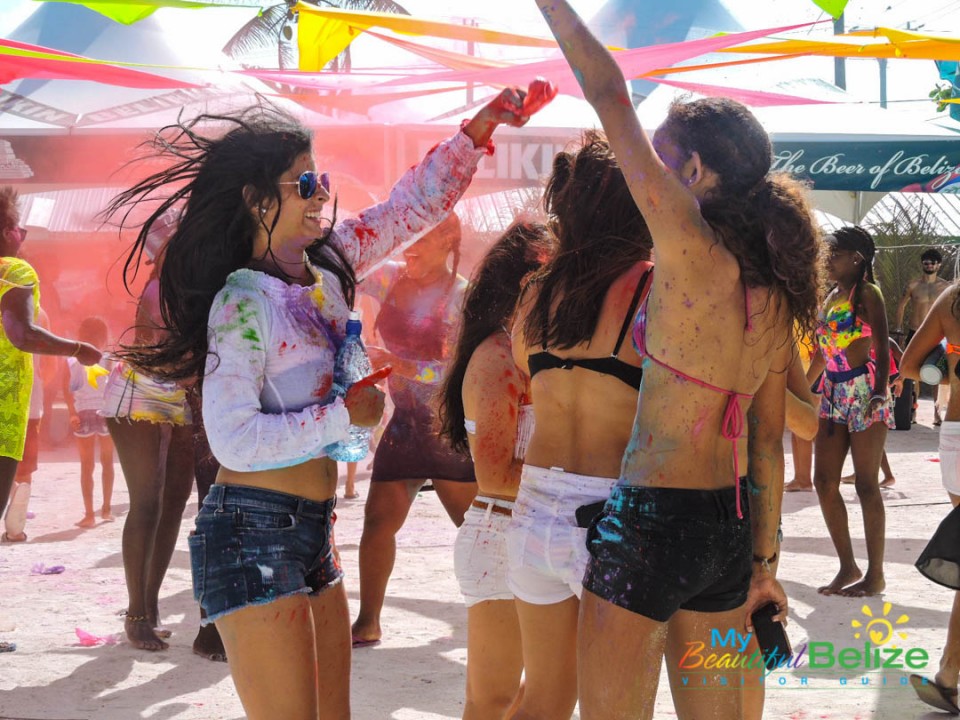 With colorful powders on hand, party goers reveled under the sun to the dynamic beats of Miss Linda Blease. The Powder Party went on until 6PM, coloring the beach and its attendees in all hues of the rainbow. 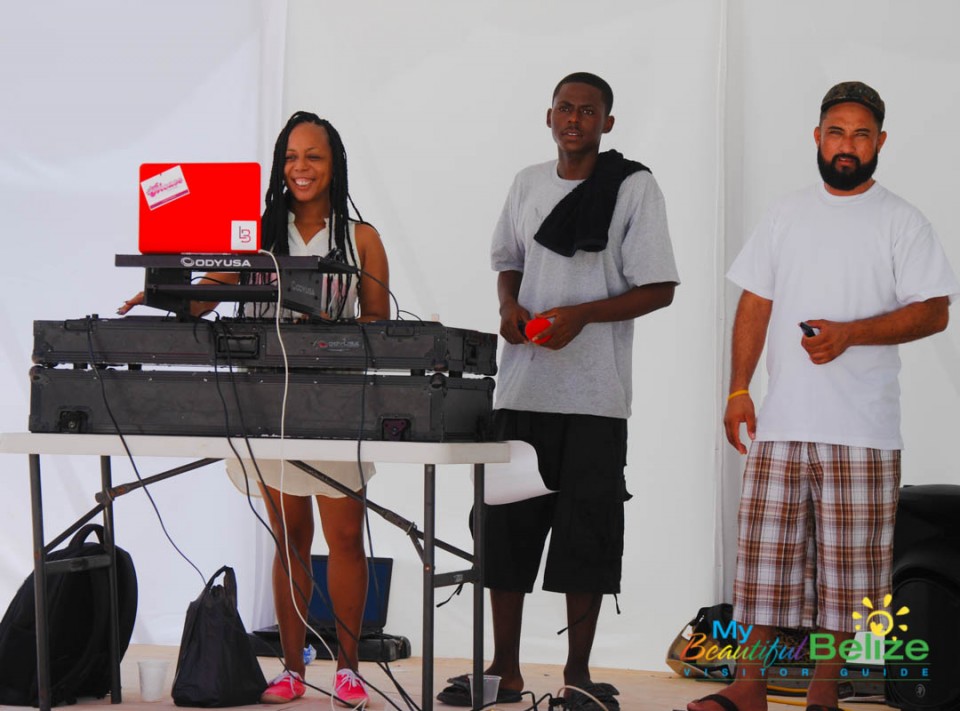 After a short clean up break, the gates opened up once again for the Dancing Under the Influence event. The music was pumping loud as the night went by, DJ Crown Prince as he took to the stage. 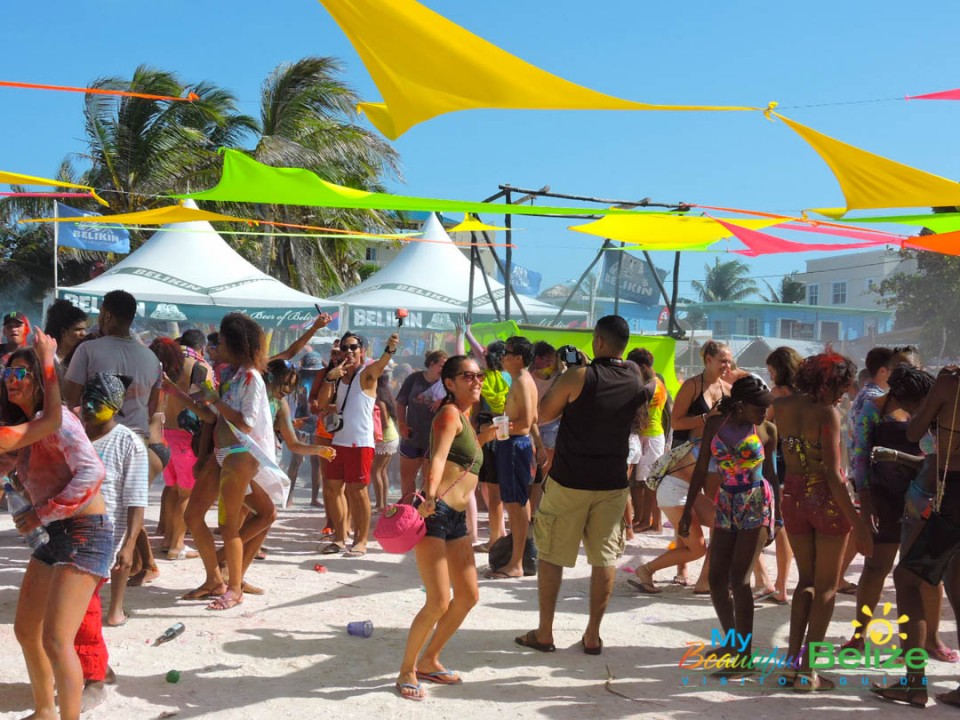 Representing Dubai, Miami and St. Lucia, DJ Crown Prince brought a new level of entertainment to the island. The party was so hype that it when on until 5AM the next morning. 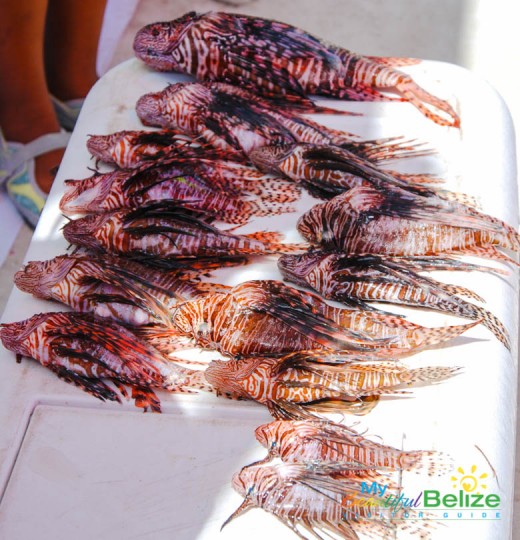 Another highlight of the Caye Caulker Lobster Fest was their Lion Fish Fishing Tournament held on Sunday, July 3rd. With great cash and other prizes it was enough to convince the participants to head out and catch some lion fish! The weigh in and measurement station was opened around 2:30PM and after all the catches had been measured and weighed, the respective winners were announced. Well known Caye Caulker fisherman Miguel Moreno won the prize for the most lion fish (48) and for the largest as well (13 ¼”). He walked away with a grand total cash prize of $625 and two cases of Belikin Beer. Claiming the prize for the smallest lion fish (3”) was Shedrack Ash, who caught a total of 27 lion fish. He won a cash prize of $125 and a case of Belikin Beer. 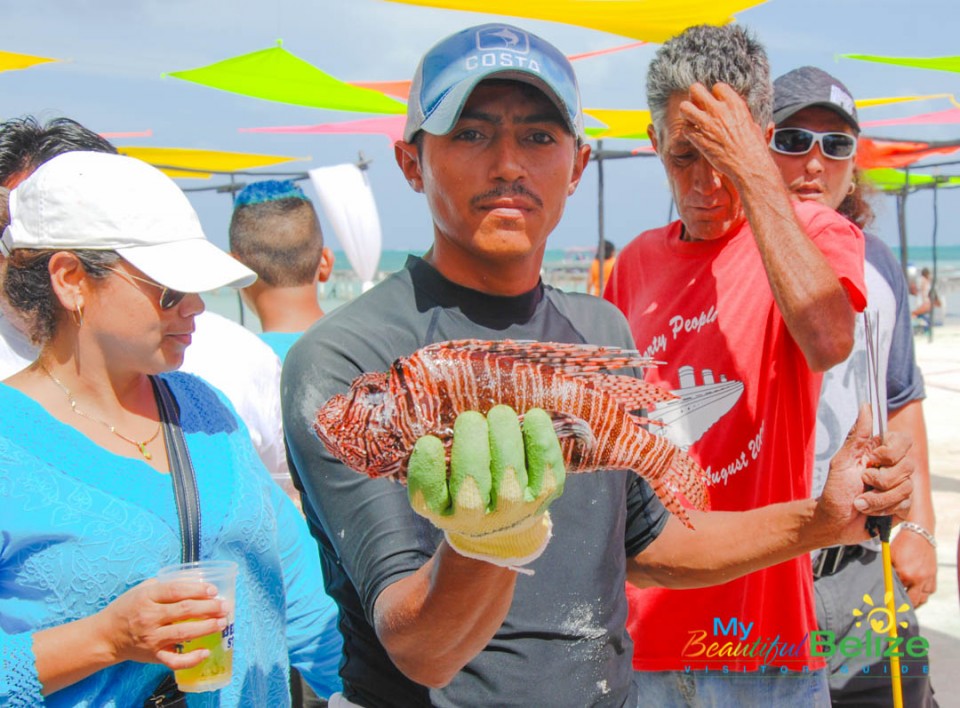 The 2016 Caye Caulker Lobster Fest concluded with a fun dance party. See you at next year’s festival! 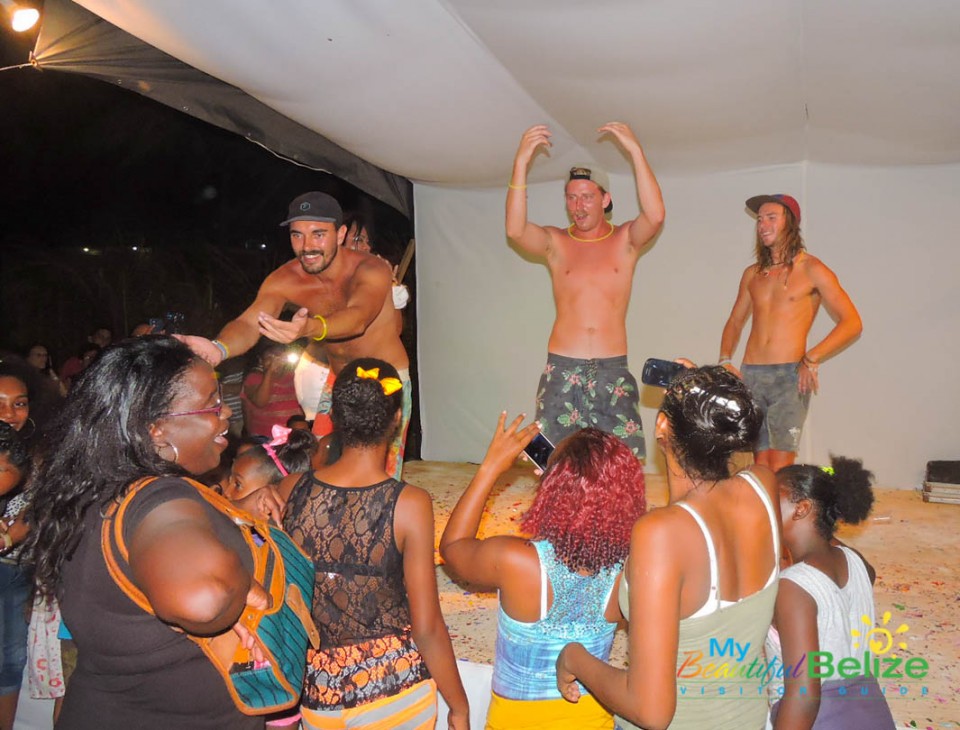 For the full photo album of the event visits: https://www.facebook.com/MyBeautifulBelize/photos/?tab=album&album_id=611189492381448