In November; be one with the Garinagu of Belize

The Garinagu are a resilient group of people that dominate the most southern part of Belize. Their music, food, practices and beliefs are rich; tracing back to the long journey and struggle that their ancestors endured over the centuries.

Today, the modern Garinagu annually reenact that long historical journey when their ancestors landed as slaves to this region and intermarried with the Arawak Indians of the West Indies region. This culture is vibrant and dominates the ethnic heart of the country with the month of November in Belize looking back at the past while celebrating the present rich traditions of these people. Today, like many other ethnic groups the Garinagu struggle to keep their culture alive. In recognition of the important Garinagu history in Belize the 19th of November is celebrated annually as National Garifuna Settlement Day countrywide with a public and bank holiday granted.

As the 19th of November approaches, many of the Garinagu settlements are filled with the sounds of the rhythm of the drums. 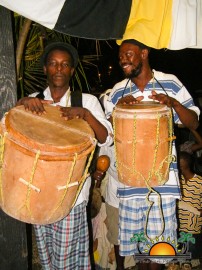 The drums are handmade from cedar and mahogany, with dried deer skin stretched tautly, ready for the continuous drumming that brings the unique African beat alive in the various communities. The drumming is always complimented with the “shaka” which is a rattle made from the gourd tree, special seeds and a hard wood handle. Often times, women join the men in the singing and dancing. Today, the drumming, singing and dancing are an integral part of most Garinagu celebration.

Just as the drums are an unmistakable part of the Garinagu, the colorful Garifuna outfits add another rich aspect to the culture. Traditional Garifuna colors are yellow, black, and white: women often wear long dresses sewn from checkered material along with colorful head pieces. Men don their colorful “dashiki”: a long shirt made from similar materials as that of the women’s outfits. The shirts are not buttoned, but they drape elegantly.

These colors and outfits shine best when in movement, and the Garinagu can certainly bring the moves! Punta Rock leads the way as the most popular Garifuna music style, especially with its seductive moves and rhythmic beats that can almost hypnotize you into hitting the dance floor. The rhythm of the drums accompanies all sorts of Belizean-made music and that may explain the spontaneous dance moves in the Belizean people whether it be in an office, the kitchen or anywhere once there is a drum to the Belizean beat.

Another popular, more traditional, dance is the Jankunu (“John Canoe”). Performed during the Christmas season, the Jankunu dancer wears a mask which resembles an English face topped by a hand-made hat similar to the English naval hats of the 18th century. The dance displays the skills of warrior-slaves while mocking their white British master. The Garifuna music is a creative amalgam of all cultural traditions in Belize. 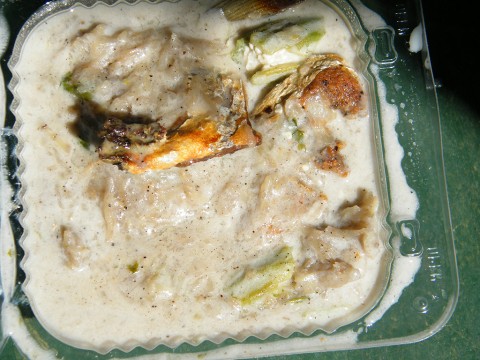 The rich culture of the Garinagu extends deep into the kitchen with some of the most delicious traditional food. Meals are based on coconut milk, garlic, basil, and black pepper; bananas and plantains are grated, mashed, boiled or baked. Fish is boiled in coconut milk and called “sere”, but when served with mashed plantain, it is called “hudut” and both are delicious and rich. Another traditional food includes the Tapau which is a green banana cooked in coconut milked and served with fish. Equally important to the Garinagu is the “Ereba” which is made from cassava. The cassava is a woody shrub which resembles a potato with its tuberous roots. But unlike potatoes, the juice which lies between the fibers of the cassava root is poisonous. The secret of extracting the root involves a very long two-day process eventually giving way to flour used to make a biscuit type of bread. 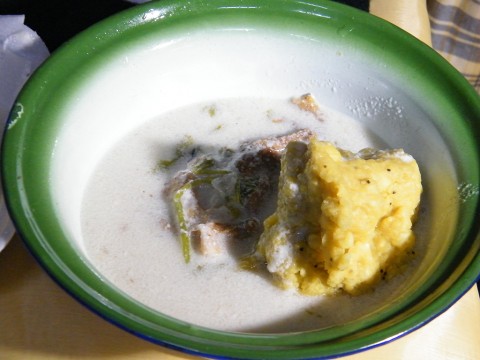 Food plays a big part in the Garinagu culture, not only in the day to day life, but in celebrating various big events in their lives. While many Garinagu profess to be Catholics, they have also retained numerous traditions and rituals from their ancestors. Central to the Garifuna community is the belief in and respect for their ancestors and they maintain a powerful spiritual connection with that past generation. One of the main cultural rituals they have held on to is called the “Dugu”. A spiritual leader called a “Buyei” or shaman presides over family members, who travel from all over to gather at the dugu meeting place called a “temple”. No expenses are spared as fresh seafood, pork, poultry and cassava bread are prepared for all the days of healing, dancing, drumming and communing with the spiritual world. 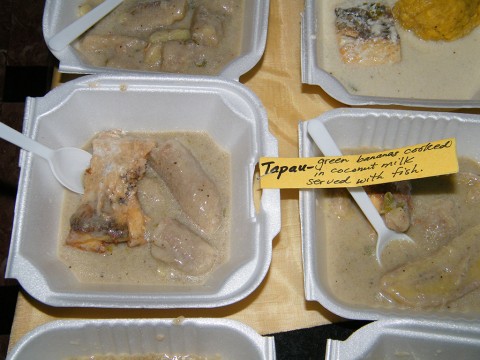 If you are in Belize during the month of November, be sure to find out more about the many celebrations being planned in various Garifuna communities and main municipalities. Enjoy the music and dance to the drumming of the Garifuna ancestors, be sure to try the many foods or simply stop, observe and learn from the rich history of the Garinagu. During your travel around Belize in the month of November, be one with the Garinagu people of Belize.