Help preserve the species: go on a croc tour!

Ever had a live encounter with a crocodile? It’s really not that scary, especially when it’s for conservation.
In Belize there are two types of crocodile – the salt water American Crocodile and the fresh water Morelet Crocodile. 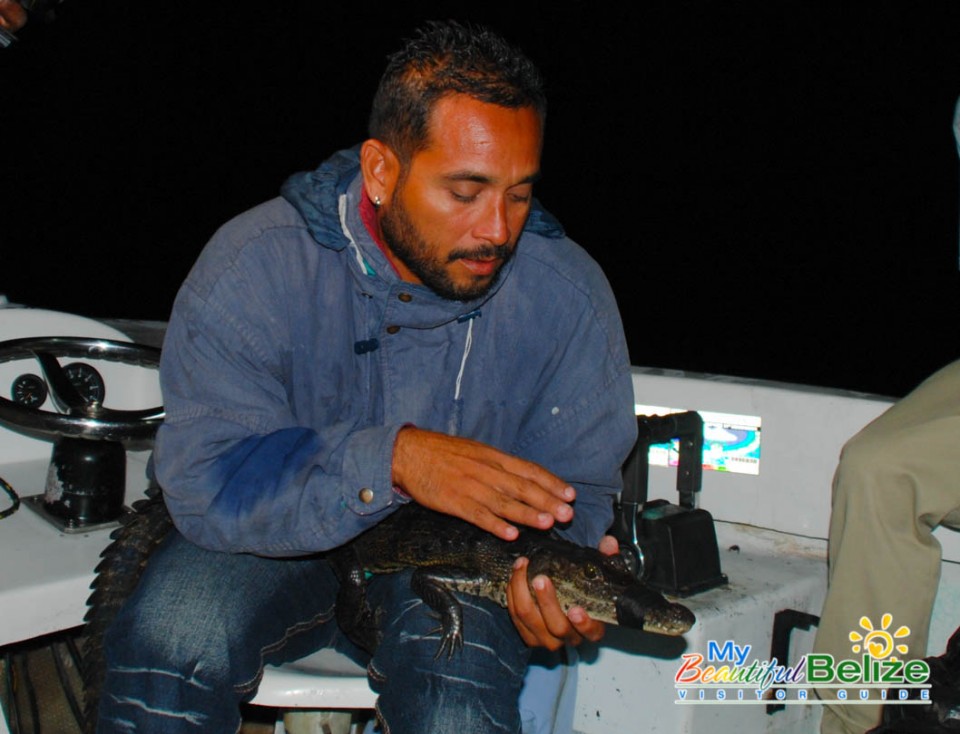 For years the non-profit American Crocodile Education Sanctuary (ACES) has been working to protect and preserve these apex predators in Belize. A unique method they have taken to preserve these species is through education via the tourism industry. ACES has trained several tour guides to provide eye shining tours in an effort to educate people on the importance of crocodiles to the ecosystem. 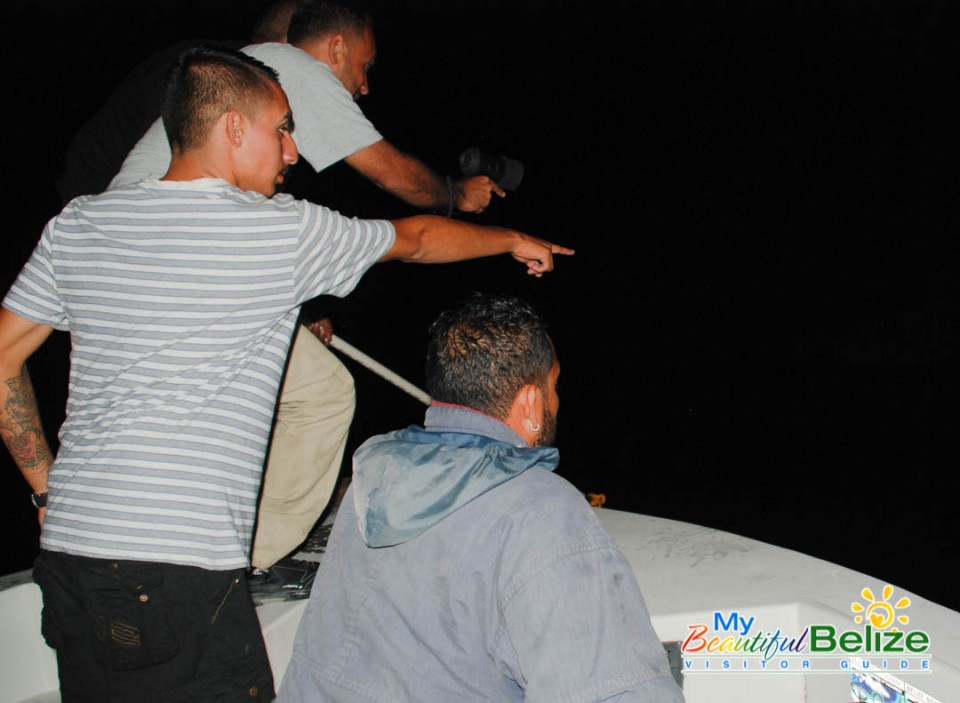 First part of the tour is to spot the red eyes!

The tours were initially offered only in San Pedro Town – ACES’ base for operations – but now they are also available in mainland Belize. While on the tour you join a team of trained crocodile experts as they capture crocs for analysis and tagging. In San Pedro, research is conducted on American Crocodiles, while in the mainland it’s Morelets. 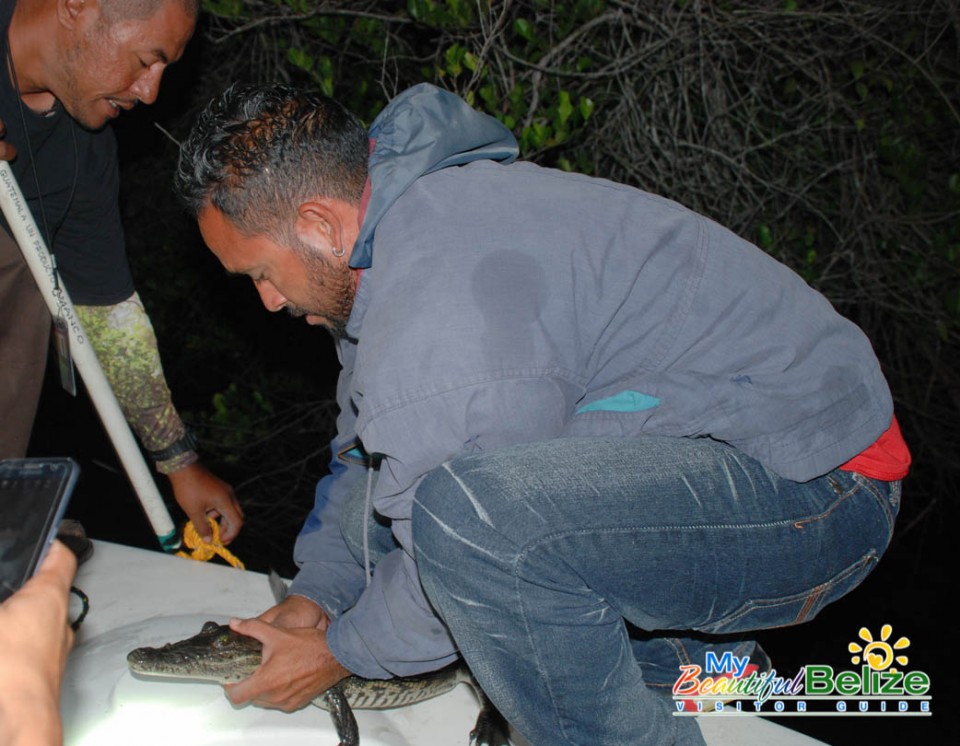 Currently the mainland tour is being offered through Lamanai Landings Hotel and Marina in the Orange Walk District and conducted in the New River – the longest river in Belize and a hotbed for Morelets. The tour takes place at night when crocs are most active. 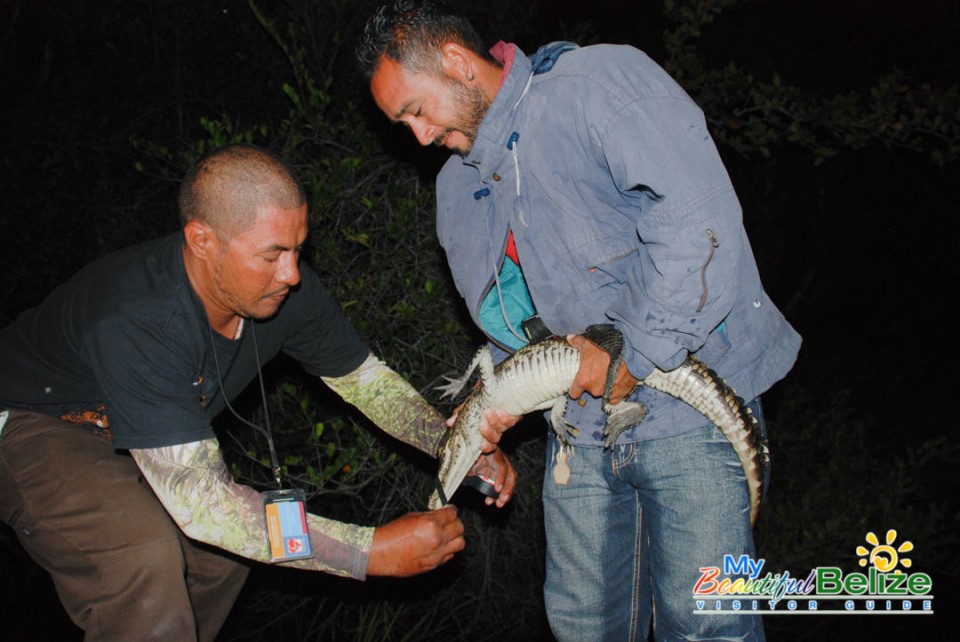 Using flashlights, the guides flash around the waters looking for the red eyes of the crocs. Once a croc is spotted, the boat slowly makes its way to the area and a wrangler hooks on to the crocs’ head using a net hook. 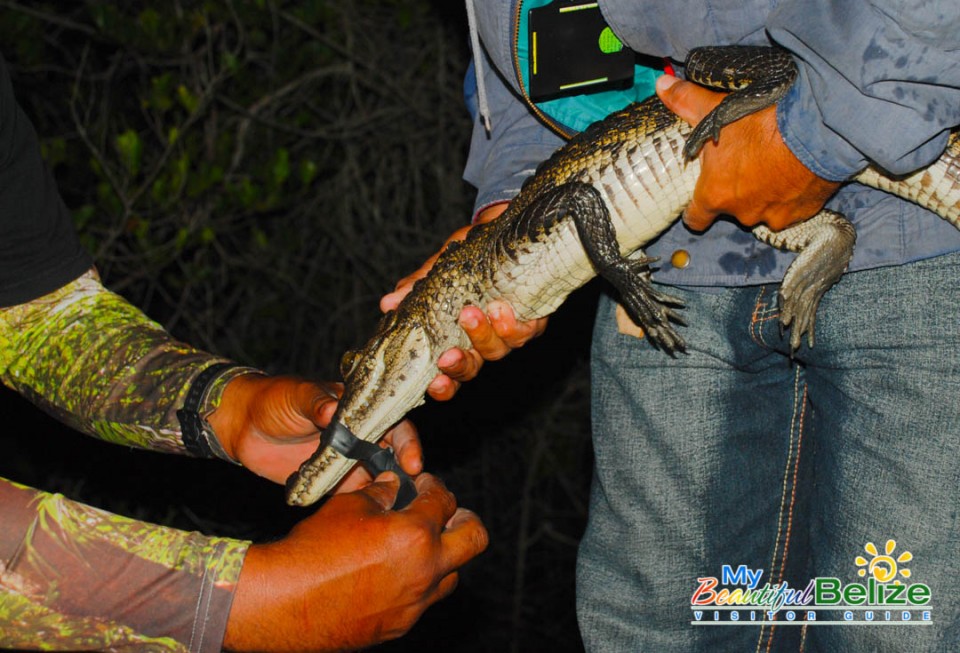 When the croc is pulled on board, their mouth is taped up – you don’t want a croc snapping your fingers off! The guides then record data on the croc, like its measurements and estimated age. Finally the croc is tagged and released. 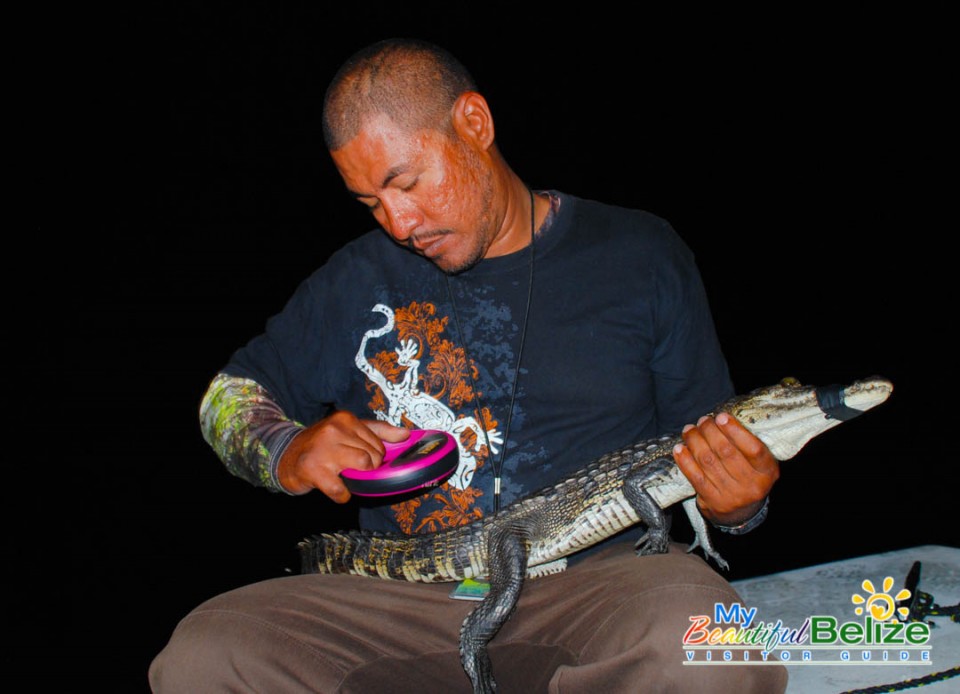 These tours are entertaining for sure, but they also provide so much research data for biologists, ad best of all, proceeds from the tour go towards conservation and research efforts. 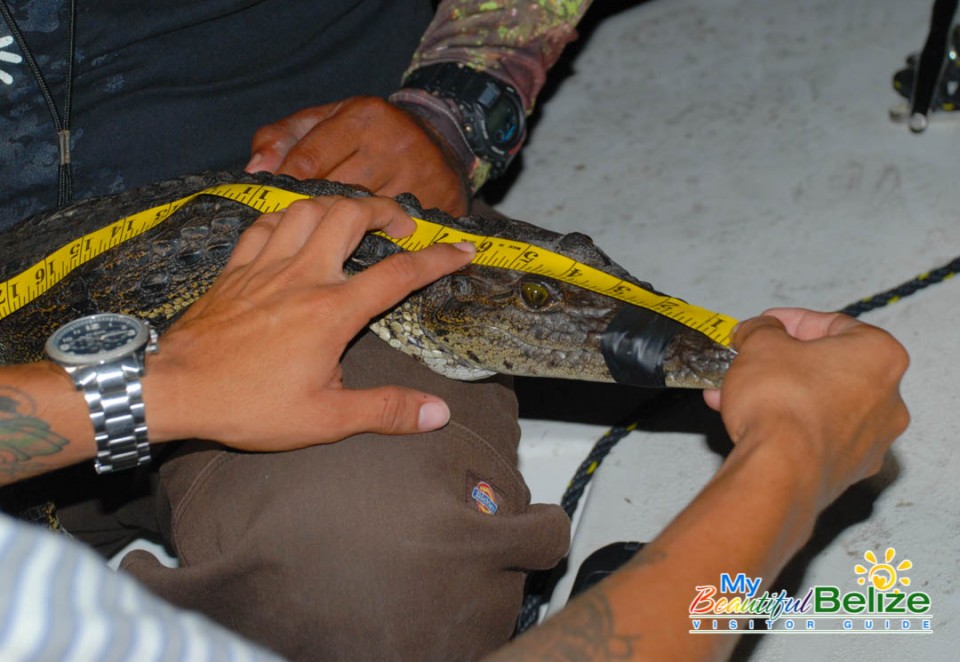 Without a doubt, this tour is among one of the most unique activities offered in Belize. 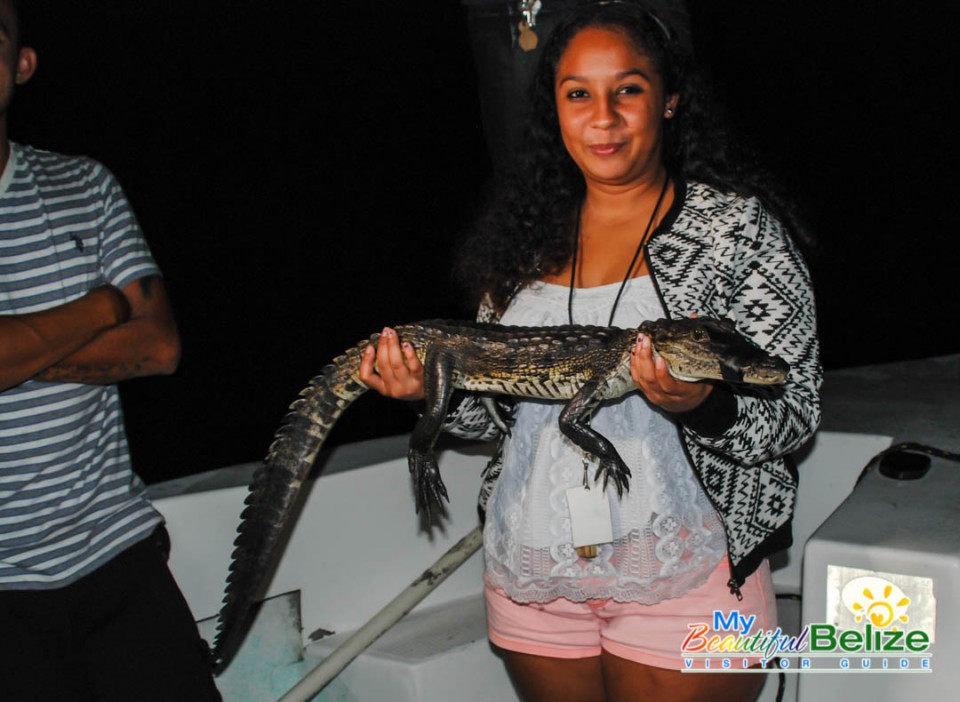 The tour can be taken either in San Pedro or Orange Walk Town. For tours in San Pedro contact ACES directly at 226-4655; in Orange Walk contact Lamanai Landings Hotel and Marina at [email protected]

Check out the below video for more information on Morelet Crocodiles: