Fly it high, fly it proudly: the Belize flag represents us all!

It’s flown proudly across the country since September 21, 1981, and the Belize National Flag is the strongest symbol of our patriotism. Whatever country we may have been born to or decided to make our home, we always view that destinations’ flag with respect and honor it as the country’s identity. From the colors to the symbols, each flag is different, conveying the uniqueness of the country’s culture and heritage. Many go to the extent of saying that a National Flag is “sacred,” holding the greatest significance out all other national symbols. 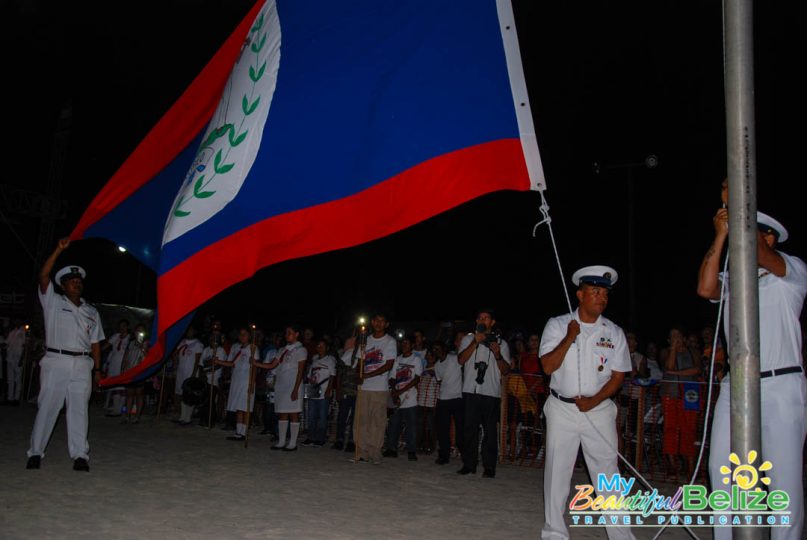 (Bias Alert) To this Belizean gyal, our flag is truly the best! Sporting the colors red, blue and white, the Belize National Flag is one of only two in the world to have people in them – isn’t that special! The love for my little jewel surges when I see a flag proudly flown, and I feel a special kind of patriotism when we stand at attention when raised during the singing of our National Anthem – Oh Land of the Free. 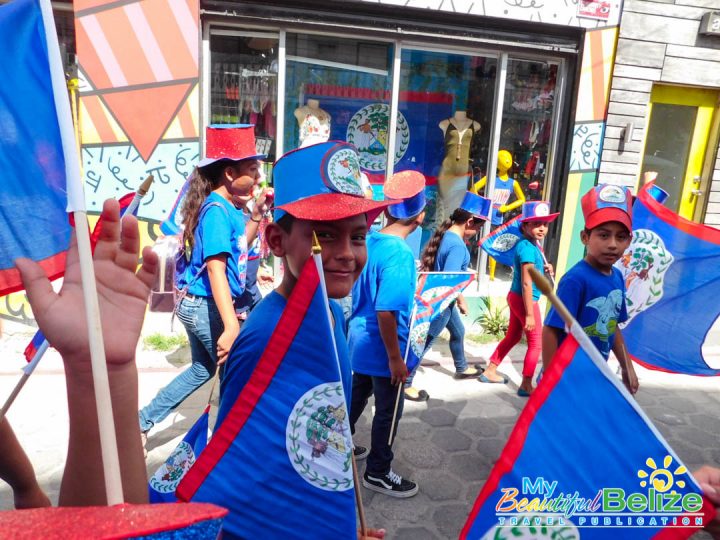 There is so much history behind the Belize Flag; years of struggle to obtain independence from under British colonial rule, brave men and women who fought and are now National Heroes and countless hopes and dreams for a better society (still yet to be achieved.)
But do you know what each aspect of our flag signifies? If you went to school in Belize, then you probably do, but for those who don’t here goes! Belize’s flag consists of a white circle bearing the Coat of Arms of Belize in the center of a blue rectangle with red stripes on the top and bottom created by, at the time, Permanent Secretary, Everal Waight, and Chief Education Officer, Ines Sanchez. 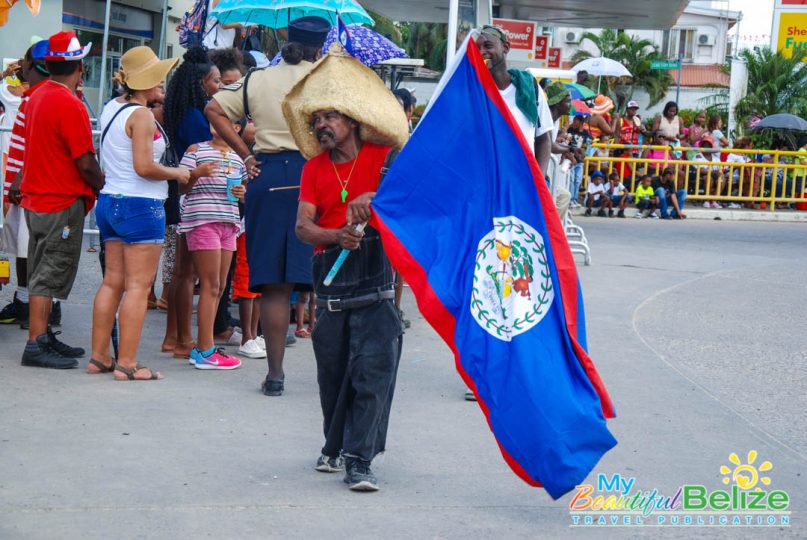 In Belize’s history, since the time British Honduras (Belize’s former name) achieved self-governance, there have been two main political parties; the People’s United Party (PUP) and United Democratic Party (UDP). The colors red (UDP) and the blue (PUP) not only represent these parties but also remind Belizeans that at the end of the day, regardless of political affiliation we must come together as one country. 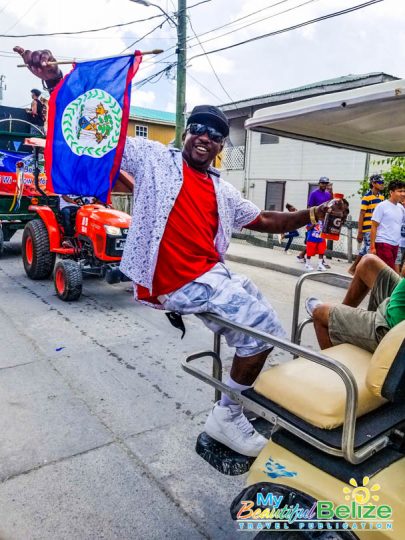 The meaning behind the Coat of Arms is a bit more complex. The focal point is a shield divided into three sections by a vertical line and an inverted V. Each section within the shield showcases tools of the logging industry, including a paddle and a squaring ax (left division), a saw and beating ax (right division) and a sailing ship (bottom vessel). Proudly standing beside the shield are two woodcutters. The one of the right holding a beating ax while the one on the left is holding a paddle, both of different races, showcasing Belize’s cultural diversity. Under the shield lies the country’s motto: “Sub Umbra Florero,” a Latin phrase meaning “Under the shade, I flourish.” This motto encapsulates the importance of Belize’s national tree, the Mahogany, which stands tall behind the shield in the Coat of Arms. Finally, the Coat of Arms is surrounded by a wreath of 50 leaves representing 1950, the year Belize’s anti-colonial Peoples Committee was formed.
As a Belizean, I can proudly say, wherever I may find myself in the future, I will always look up to our flag and remember the beauty and resilience of our country.