Even though it was a cloudy day, the heat was on. But the breeze was cool as two teams prepared to face off in one the island’s favorite sports five-a-side football. While similar to normal football, the not yet recognized ‘official sport of San Pedro’ five-a-side has three major differences. It is played in a smaller field with five player to a team, and the play time is much shorter. 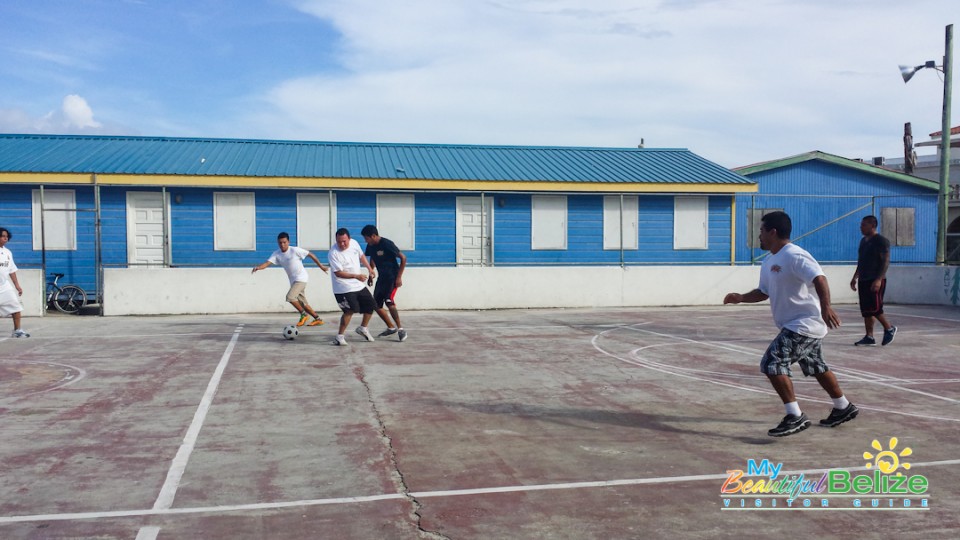 Now that you know what five-a-side is, let’s get back to the game day! The game was set to be an epic matchup between Fido’s Restaurant and Bar & Blue Water Grill (BWG), playing for the grand prize of six cases of Belikin Beer. With a prize like that, wouldn’t you want to play too? 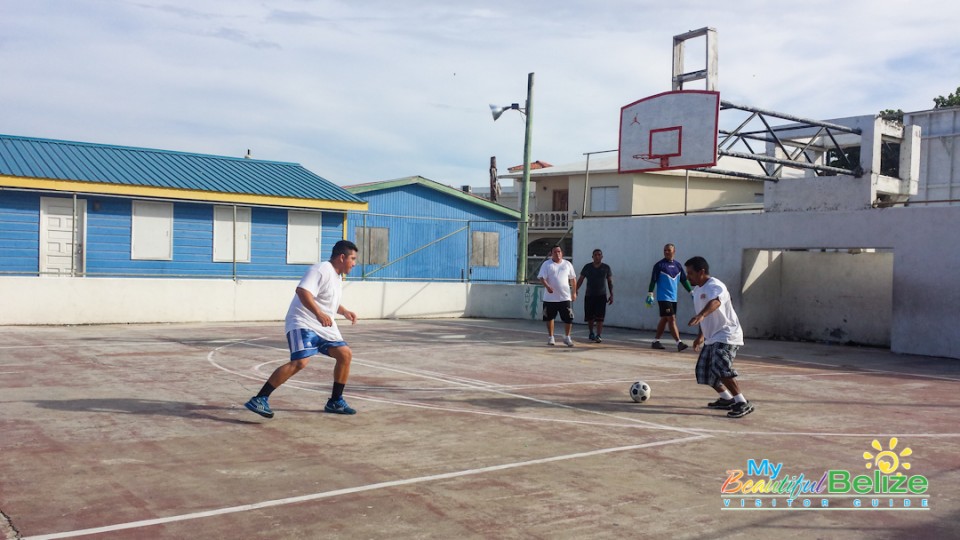 The game started minutes past three at the multipurpose court at the San Pedro Roman Catholic Primary School. Both teams were in high spirits, hoping for the victory to claim the coveted prize and bragging rights. Fans loudly cheered on their favorite team under the hot sun. 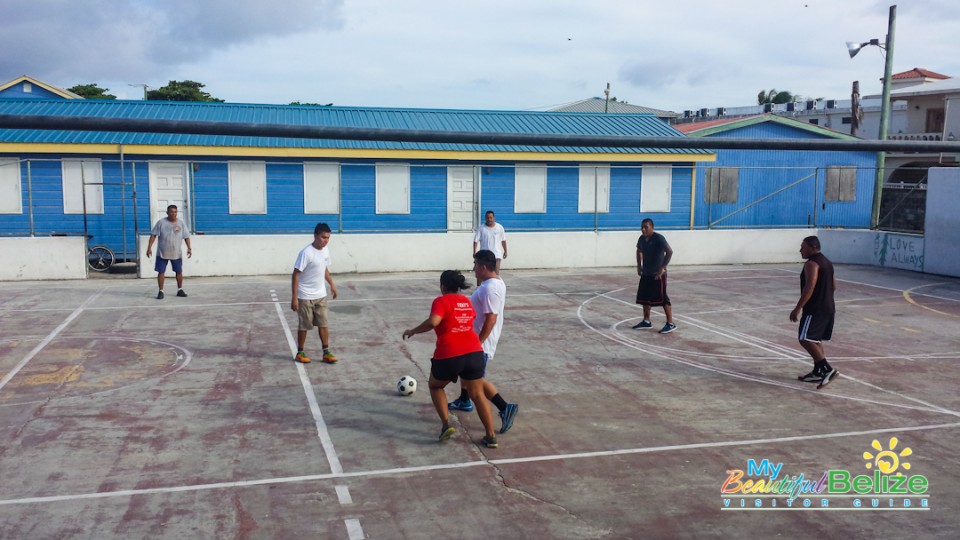 BWG quickly took control of the first half even, scoring a total of three goals to Fido’s lone goal. But Fido’s refused to give up, and managed to score the first goal of the second half. BWG quickly responded with three more goals. 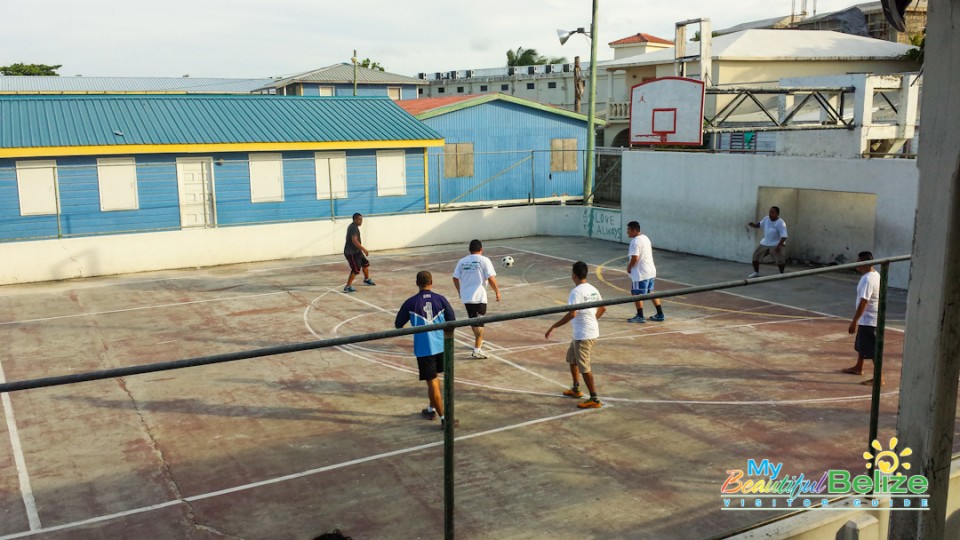 Poor Fido’s! They were taking a whooping, and only a miracle could save them! Well, the miracle came in the last 10 minutes of the second half, when Fido’s managed to score four much needed goals, tying the game six to six. What are the odds of that?! Impressive, right?! 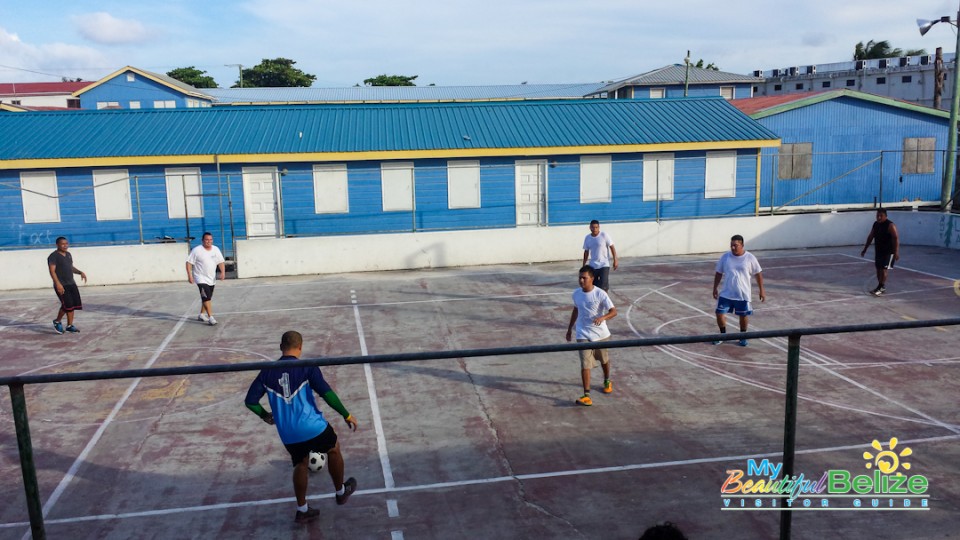 After 35 minutes of adrenaline, lots of sweat and several tumbles, someone kicked the ball out of bounds and it got lost in the municipal jungle of San Pedro Town. No ball means no game, so it had to be called off. 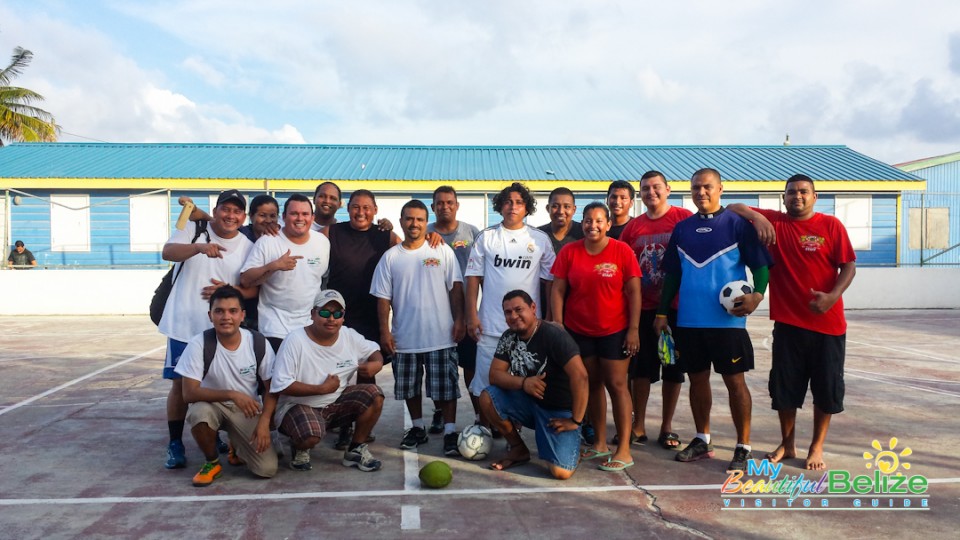 But the game is not over, as a rematch is already on the horizon. So I guess this story is to be continued…