Belize in You, Belize in Me, Land of the Free!

Written by Mary Gonzalez on September 5, 2013

September is the one month of the year that Belizeans at home and abroad eagerly await; it is the month of celebration, of patriotism and fun. Trust Belizeans to take one day – September 21st – and make it a month-long bacchanal! 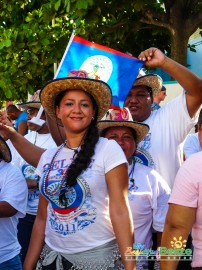 At a mere 32 years, Belize is a relatively young country, but its history is rich and glorious. From the glory of our Baymen ancestors to the political struggle towards independence, it all culminates with the ultimate of celebrations that bring that joy alive, no matter the culture, creed or religion. For almost a full month, there are parties, pomp and circumstance, and that sense of pride in being Belizean. No-one does it quite like us!

All across the country, that beautiful red, white and blue flag flies proudly. Anticipation is high, a feeling that something big is going to happen, and it always does. Whatever the circumstance, our people find the joy and excitement of celebrating their beloved country. From the official opening of the patriotic month’s festivities on the 1st of September at St. George’s Caye, there is an air of expectation.

From then on, events leading up to the two big days of the month, September 10th and 21st are numerous. Pageants are scheduled all over the country to select beauty ambassadors to represent the various municipalities with the winner officially crowned on September 10th. San Pedro, Ambergris Caye is no exception, bringing in hundreds of islanders to the pageant venue where the lovely young ladies vie for the crown; modeling swimwear, colorful costumes, elegant eveningwear and answer questions. The crowd is often in a celebratory mood as entertainment throughout the pageant is lively and Belizean to the core. It isn’t unusual to see onstage the likes of such fantastic artists like Brukdong queen Leela Vernon and Soca princess Enerstine Carballo. Nothing quite like some of the best entertainment to really get everyone in the spirit! 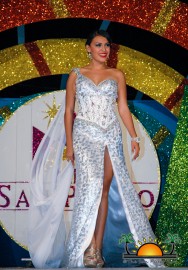 On the eve of the 10th of September, just get ready, because it’s the beginning of an all night party in most parts of the country. Live bands, fireworks and cultural presentations fill the stages in various municipalities. The party atmosphere runs all through to the following day. In San Pedro, the 10th of September is traditionally the day that Miss San Pedro is officially crowned and it marks the first day of her year-long reign. This year, Solani Graniel will be receiving the crown from last year’s beauty Naiely Puc. Following the coronation, there is a uniform parade through the principal streets of the town. School children enthusiastically waving their flags proudly march through San Pedro streets, joined by drum bands and much Belizean music. Being an island, the party often ends up at the beach, where music, food and revelry are on the agenda for those who are lucky enough to be on the island for the 10th of September. (Be prepared to hear the Kriol phrase “Tent a Septembah” on that day.)

After properly priming on the 10th, Belizeans eagerly anticipate the remaining celebrations. It has also become a tradition in Belize City for Belikin Beer to host the annual Sir Barry Belikin Bash. Belize’s Beer, music from talented DJ’s and musicians, and a party atmosphere. What’s not to like?! Under the title “Giving Back through Music”, the Belikin Bash on September 5th, 6th, and 7th at the Memorial Park in Belize City will see such seasoned musicians as Chico Ramos, Titiman Flores, Supa G, Gilharry 7 and Denise Castillo, plus new talent from Nello Player, Ernestino Carballo, Linda Blease, Bum Squad, The Remaining, and so much more. Belikin Bash brings in people from all over the country. It celebrates the pride of Belize’s only beer, BELIKIN. Combine your ice cold beer and live Belizean music icons on stage, it’s a party that cannot be missed. 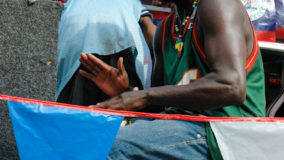 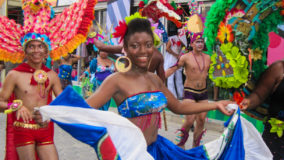 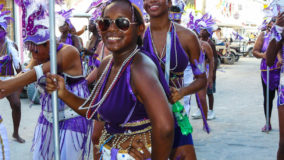 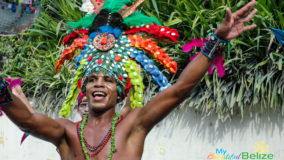 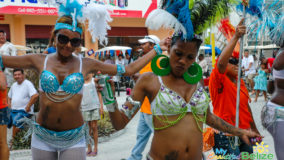 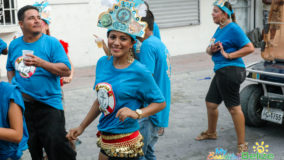 Throughout the mainland, the 19th and 20th of September brings the celebration fun to fever pitch. Filled with culture, music and color, the annual Carnival Road March features carnival groups jumping to the rhythm of Soca and Punta music through the streets. Colorful floats packed with loud speakers blaring wiggle their way through thousands of spectators and party goers on the street side; it’s truly a celebration mood.

The eve of Independence, the night of September 20th, brings fireworks, parties and more parties. San Pedro Town joins in the revelry as well, but of course, being the Number 1 island in the world, Ambergris Caye celebrates in her own grand style. The annual All Night Block Party on Barrier Reef Drive comes alive with music, food, drinks and festivities that continue until the sun comes up. Pomp and Circumstance, the gun salute, celebratory speeches, and the glorious fireworks all bring the community together to enjoy what our ancestors worked for. 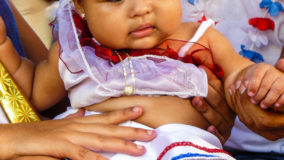 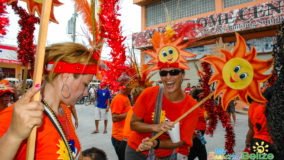 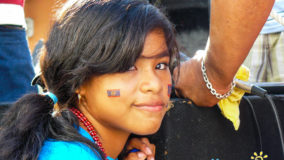 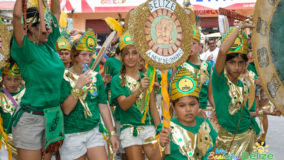 The big day, September 21st, Independence Day – signifies the big Jump Up Parade through the principal streets of San Pedro. Belizeans storm the streets, jumping up to the rhythm of Belizean music and full of patriotic pride. Colorful costumes, floats and revelers dance and jump up behind big trucks blaring Belizean songs. It is the one event where young and old join in, spirits high, and patriotism out in full force. Even after the heat of the parade in the afternoon, revelers still continue the party long after the sun has gone down.

This September, take the time and jump into our celebrations. We are diverse in origin, and enjoy sharing our experiences with visitors. Join us as we celebrate the music, colors and people of Belize. Belize in You, Belize in Me, Land of the Free!