The Belize Zoo: The Best Little Zoo in the World Indeed!

April 8th is observed annually as Nation Zoo Lovers Day. And here in Belize, we are proud to say we have the best little zoo in the world. This would be a perfect day to visit a zoo and be one of the millions of people who visit them each year. Enjoy seeing your favorite animals swinging from the trees or splashing in the water and have a fun-filled day. Here is our story on our adventures at the Belize Zoo! 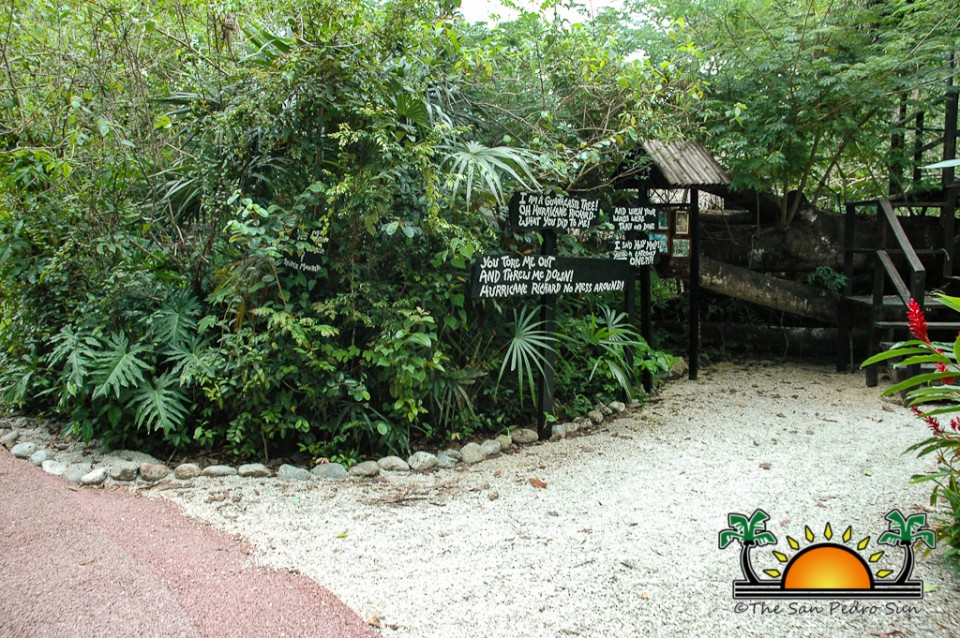 “Make sure you pull your hair back from your forehead,” instructed Sharon Matola. “Hair will most definitely be an issue for Junior.” 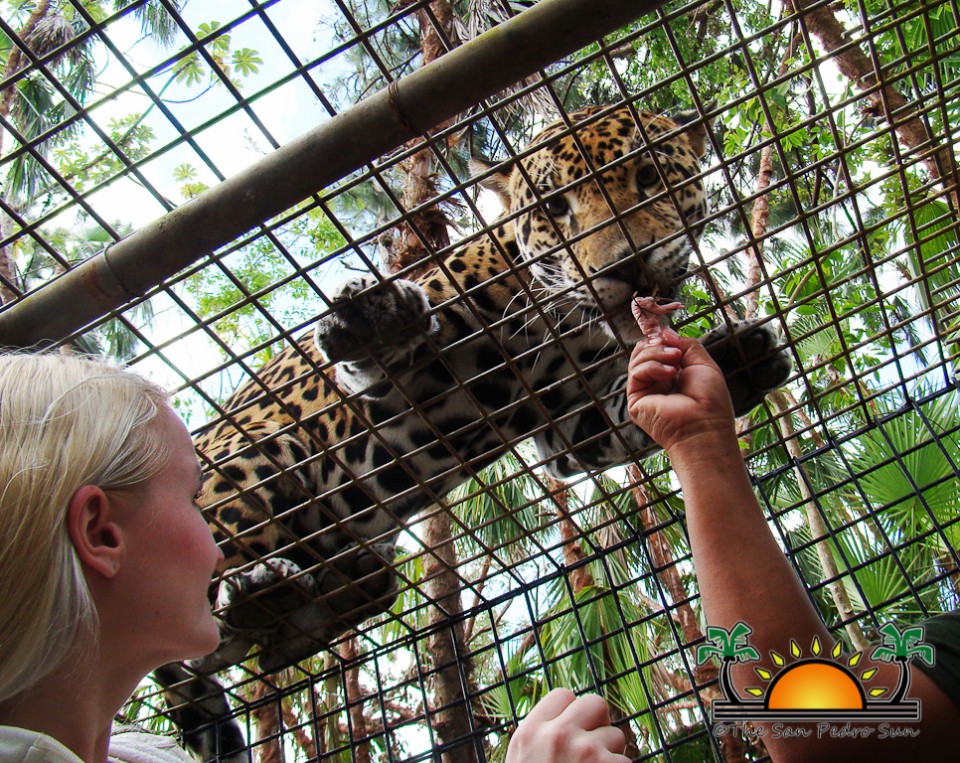 Junior Buddy was the gorgeous jaguar who presently sat purring above us, only a wire cage keeping him from joining us in the box we sat in. We were at the Belize Zoo, considered the “best little zoo” in the whole world. Junior was just one of the many animals we had seen during our behind the scenes visit with founder and all-around amazing Zoo director Sharon Matola. 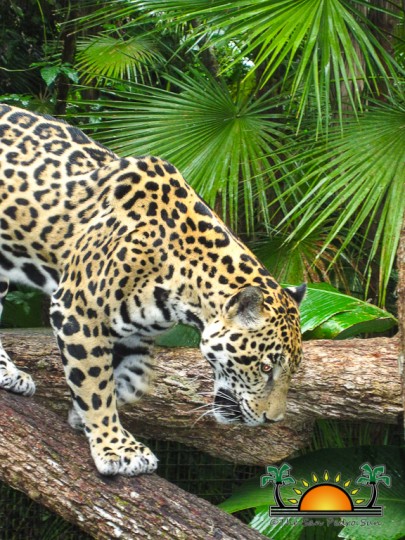 But back to the foreheads (hair pulled back): I went first, one trembling hand pulling back my hair, and then slowly, I put my forehead against the cage right next to his big, furry face. Through the cage the roughest yet gentlest tongue began LICKING MY FOREHEAD!! It was the most excruciating and exhilarating experience – here I was, in a zoo with jungle-like environment, and mere threaded metal holding back hundreds of pounds of big cat with a 900lb crushing power per inch of tooth, and he was licking my forehead like any old kitty. 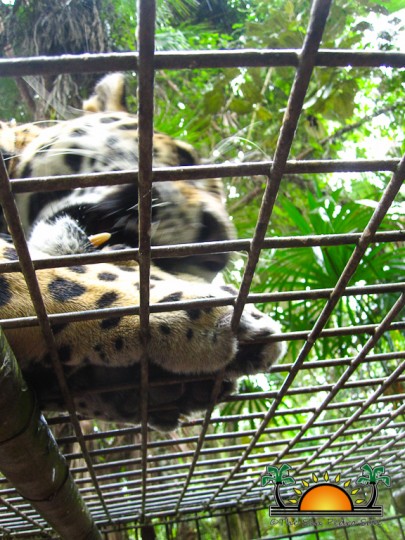 My companions were thrilled and they too eagerly offered up their foreheads. One of them was so delicious Junior drooled all over her. I have to admit I was just a smidge jealous – I wanted Junior to drool over me. But there you go, either in the zoo or jungle, even a jaguar didn’t think I was drool-worthy; sigh. 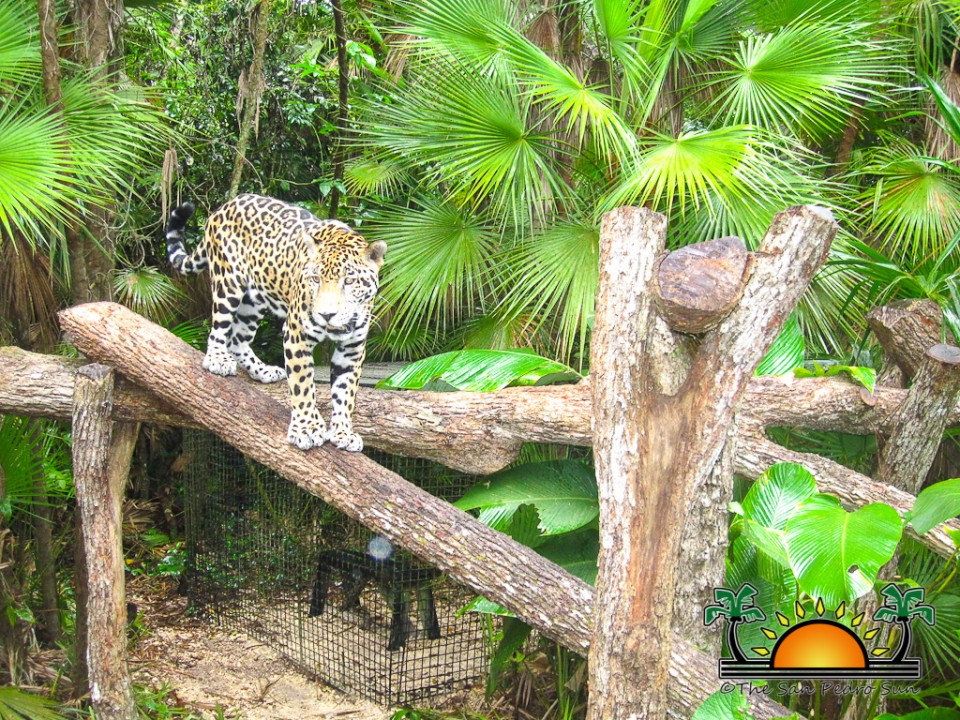 Junior is one of the most well-known jaguars throughout Belize, and is a perfect example of enrichment training. Junior Buddy was born at the zoo to a problematic sheep-killing jaguar, and his mother rejected him a mere two days after being born. Jaguars are highly intelligent creatures, and the zoo staff, especially Sharon, have found creative ways to keep his mind agile. One of the fun tricks he has learned is somersaulting. Yes, big ole kitty tumbling just doesn’t seem to be right, yet there he was, doing tricks for us (there is video evidence below!). Treats are in order after such impressive tricks, (he also loves applause, but treats are so much nicer) and we can’t help but feel awe when a jaguar gently takes a chicken gizzard or neck from our hands after it’s shown off its impressive skills.

Of course, we didn’t just get to see Junior Buddy. Oh no, our trip took us all through the zoo, saying hello and handing out peanuts to the iridescent Scarlet Macaws, admiring deer ‘in velvet’, feeding delicious papayas to the delightful tapirs (our national animal). We pinched our noses as we ran by the peccaries – whoo boy they were stinky! – but they were in heaven rolling around in their mud. The spider monkeys decided NOT to swing for us, preferring to peek out from behind the brush on the ground. Cheeky little buggers! 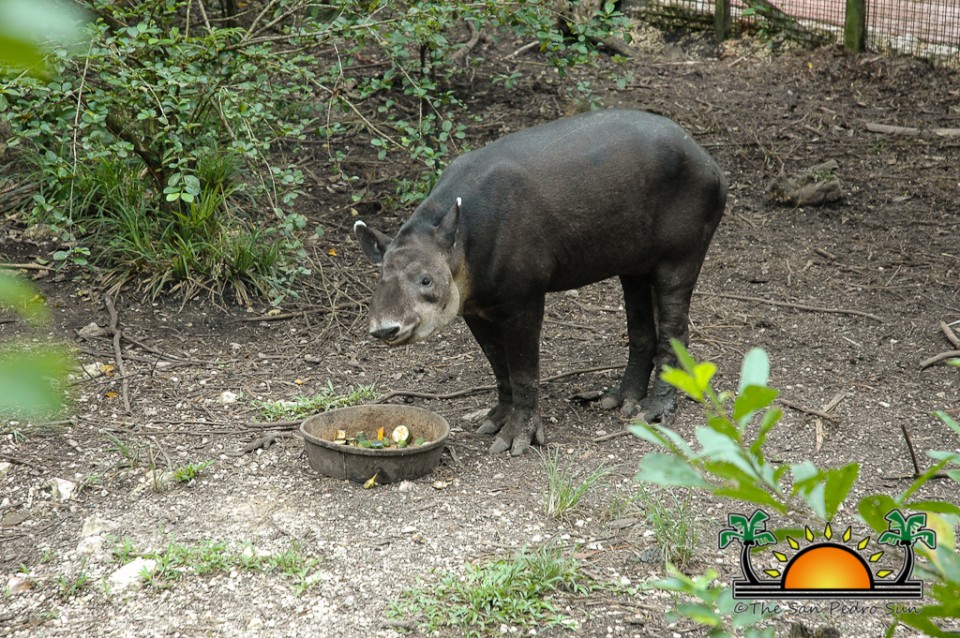 The beauty of The Belize Zoo is that it is a haven for many creatures that have been abandoned, orphaned, rescued, rehabilitated, sent from other zoological institutions or born at the zoo itself. 29 acres of heaven for over 150 animals and over 45 species, and we got a glimpse of a percentage of them all while listening and enjoying Sharon’s interaction with them. I couldn’t think of a more loving mommy to all the creatures. Just seeing her converse, feed and encourage the different animals as she walks down the paths leading to their various hangout spots – it is easy to see how in 1983, there was massive effort to save animals whose purpose was over for some, but still had long lives to enjoy. 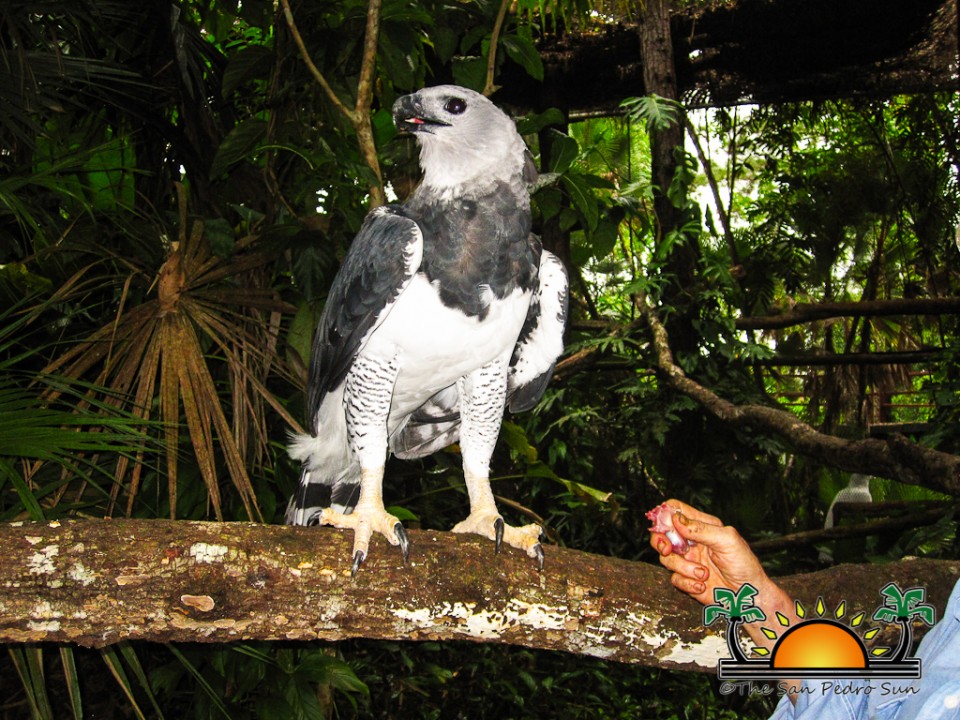 We got to step into Panama the Harpy Eagle’s cage too, feeding him bits of chicken gizzard. He was originally to be part of the Belize Harpy Eagle Restoration Program, and was sent to the zoo after hatching in captivity in Panama (at the Peregrine Fund Headquarters). He had a damaged eye upon hatching, so he could not be released, and as such, the zoo took him on as an ‘Ambassador’ for Harpy eagles in Belize. He is a gorgeous bird, with fierce talons, beautiful feathers and impressive wingspan. While we hand fed him gizzards, he made a strange chirping sound, and at one point ‘flirted’ by fluffing his feathers and ever so slightly shuffling side to side. This behavior is considered unusual as he was expected to lose his ‘people-skills’ after about two years. Instead, the regal bird has remained comfortable with humans 10 years later, enjoying his annual November birthday party wherein schoolchildren get to observe and learn more about this magnificent bird. 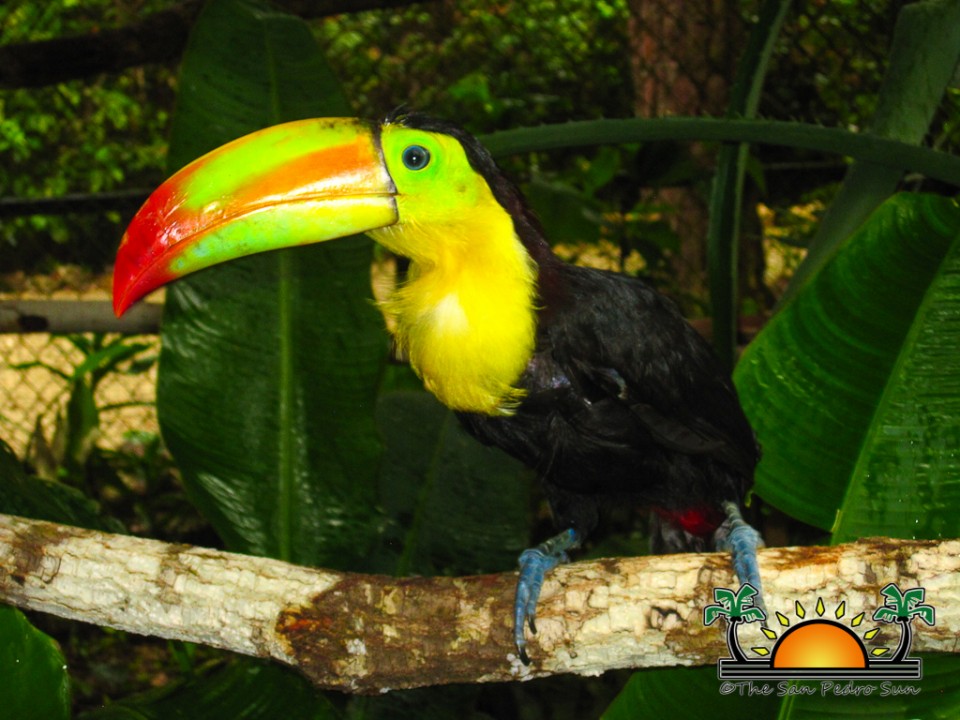 Our trip included observing an otter, ocelots, and an adorable (if diva-like) toucan who has remained at the zoo due to beak issues. She had no problem enjoying a bite or two of raisin, but she decided we were not worthy of her company as she flew around ignoring us. It must have been the rain that decided to come down that afternoon – I’d be grumpy too if I was being teased with snacks and had to get a little rain on my glossy feathers for a bite or two! 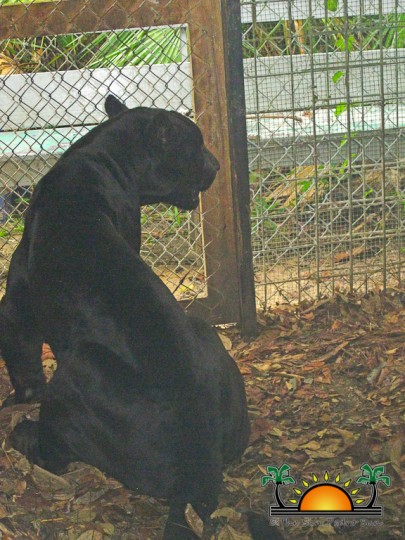 Our highlight was meeting one of the storied animals of the year: Bosch the rescued Black Jaguar. The sad story of Bosch, now renamed Lucky Boy, is an example of human cruelty to wild creatures – and his now-happy life is proof of the wonderful work of The Belize Zoo, and the wide network of conservation organizations that came together to save the life of this magnificent creature. 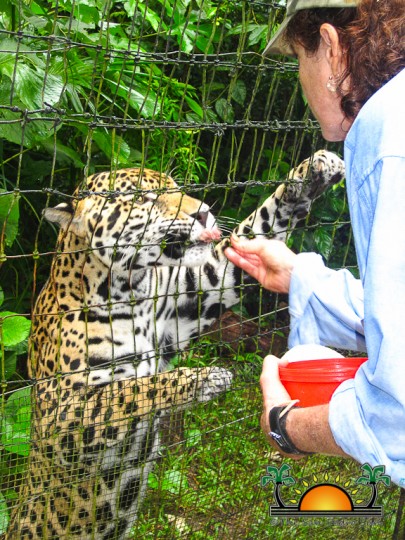 Imported from Mexico and brought to Belize to a ‘Jungle Lodge’ where countless other creatures were kept for an ‘interactive’ experience, Lucky Boy was abandoned by those whose responsibility it was to care for and feed him along with many other creatures. He was discovered abandoned, in a most pathetic state, mere skin and bones, and the chances of his survival were slim. 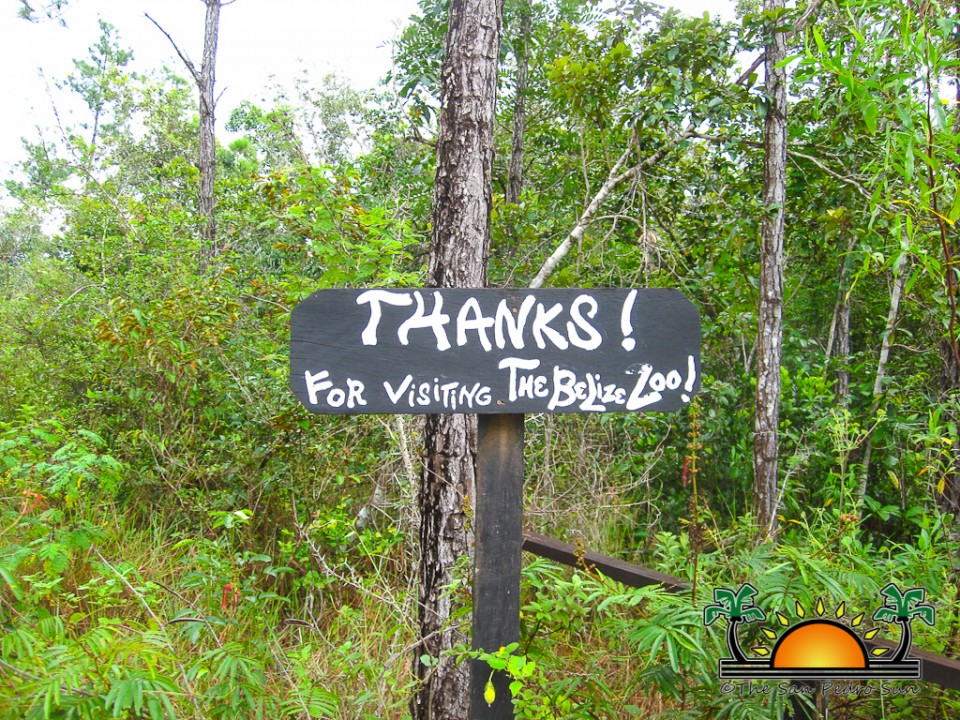 Now months and countless hours and days of efforts from so many people around the country and world, and Lucky Boy has a glossy coat, his weight is up and he is a fierce-looking jungle cat living the life at The Belize Zoo. He was our last stop before we had to catch our bus into the city. We watched as Sharon sat right in front of him, cooing and loving on him. His response was remarkable – sitting still, getting a little close to where Sharon sat before him, and putting his face up to her – a positive response to wonderful treatment at The Belize Zoo. Really, when you take into account the number of people who work at the zoo, and the close, positive encounters they have with the animals on a daily basis, it’s easy to see why this little zoo, is indeed the Best Little Zoo in the world. 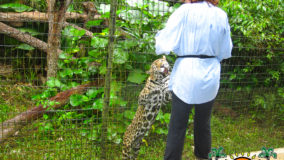 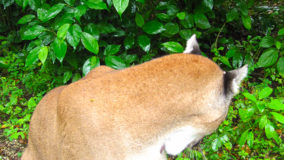 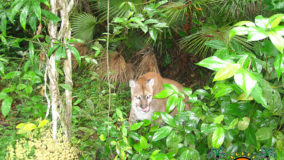 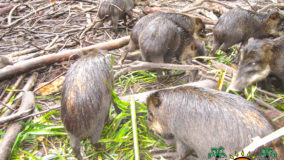 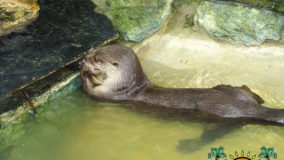 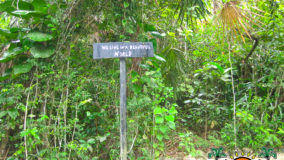 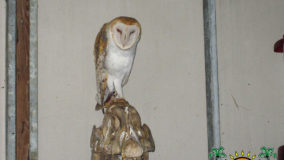 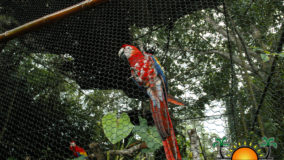 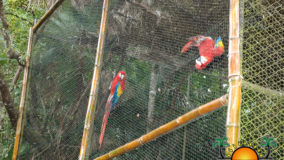 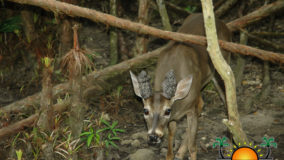 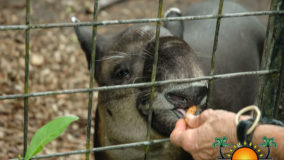 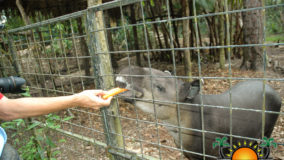 The Belize Zoo is located approximately 29 miles west of Belize City on the George Price highway. Contact them at 822-8000 or email them at [email protected] Your local tour guide can arrange for a visit to the zoo when you travel to Belize – and we highly recommend that you visit. Once you go, you will understand why this little zoo is such a wonderful place for the animals and people of Belize.