Sliding down El Diablo – It’s WAY too much fun!

After much speculation, a little bit of extra gossip and finally, the sight of the finished product, Caribbean Villas unveiled their latest addition to the public: El Diablo (The Devil). We can’t say owner Pedro is subtle… 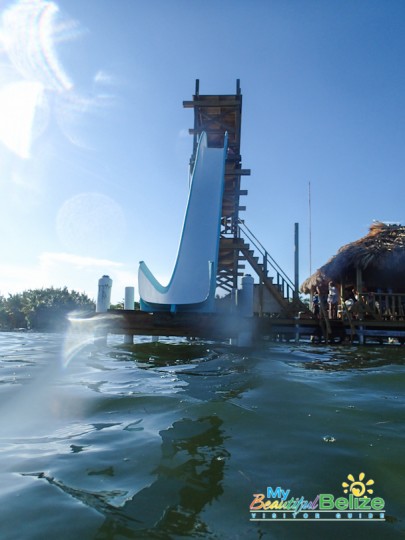 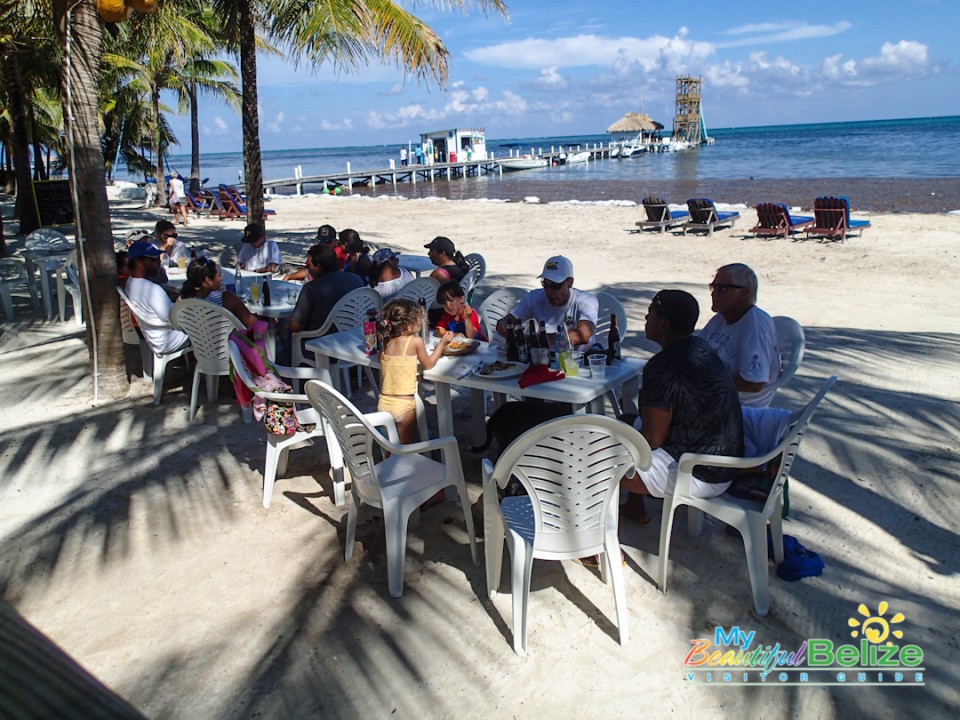 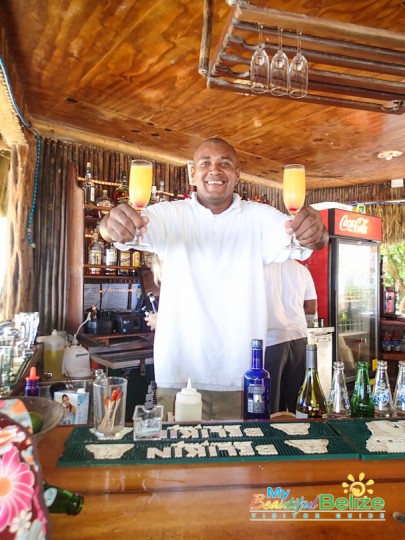 On Sunday, October 11th, the crowd was out in full force to check out this devilish contraption. Every so often, a big splash would be met with cheers and whistles, and eventually, I snapped up some courage. My turn to get on that big slide. 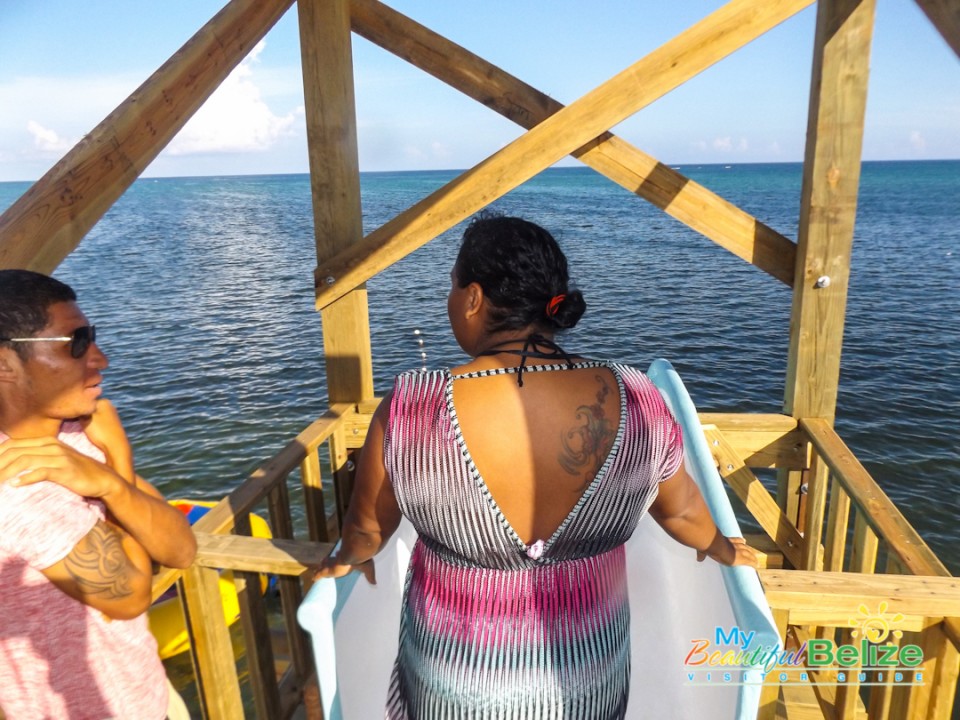 Built by Captain Shark’s, the 50-foot water slide sits imposingly at the end of the dock where eager observers waited to see the brave souls land with a ‘graceful’ splash. 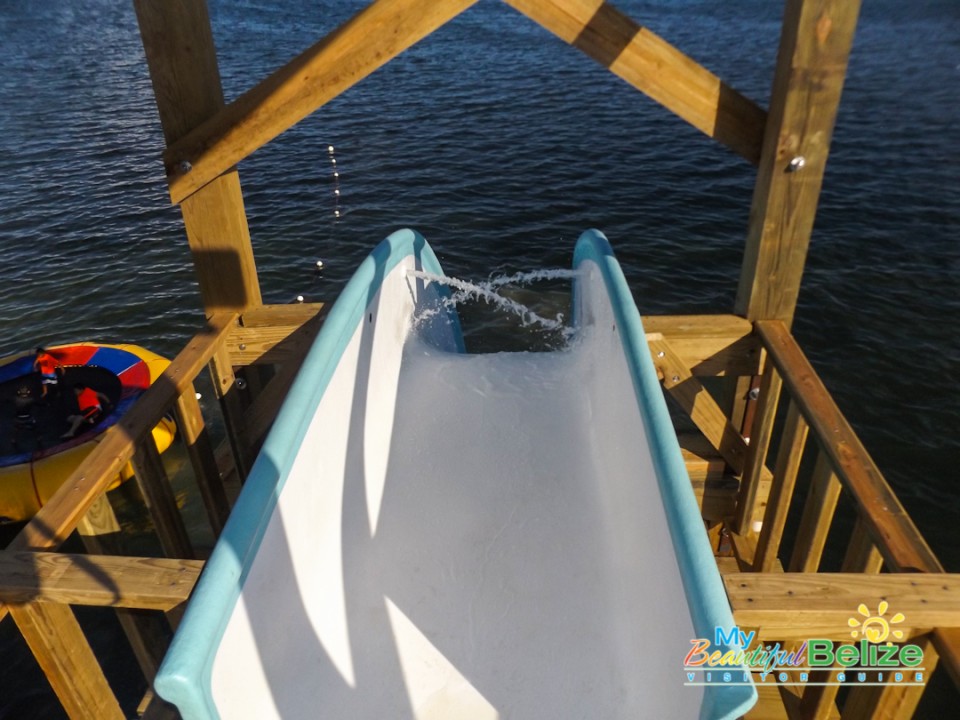 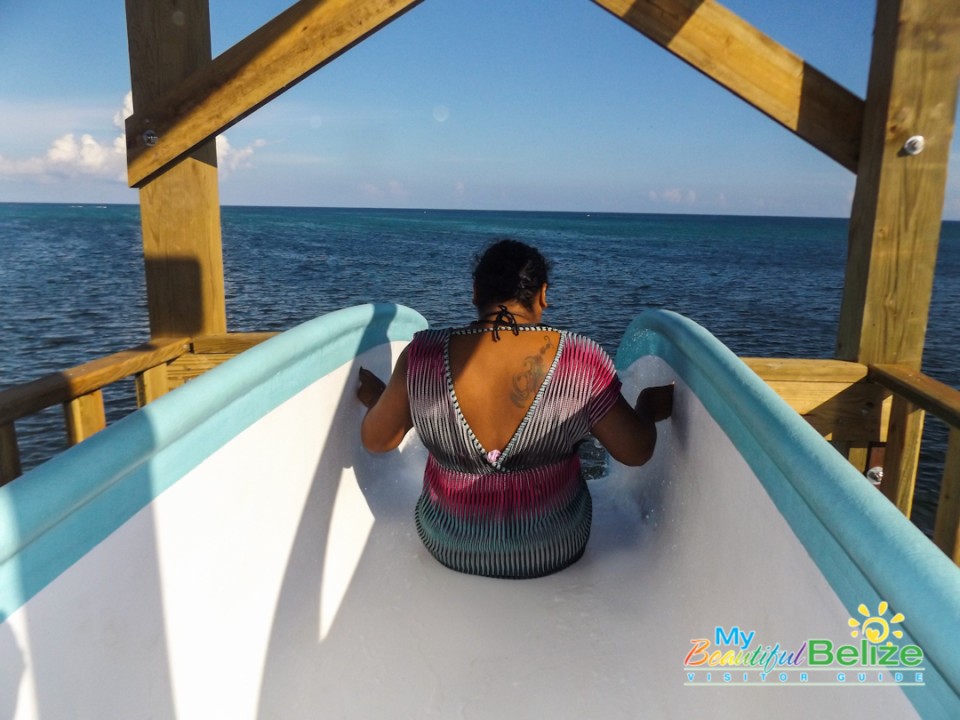 The walk UP to the slide was the first test in courage. Steps, steps, steps…oh boy…everyone below seemed to shrink further and further away…don’t look down…oh, goody, a landing…then, more steps!

Finally, I reached the top of the tower, and a very helpful guide explained the best way to go down the slide. To avoid things like concussions, it’s really best if you listen and follow commands to a T. 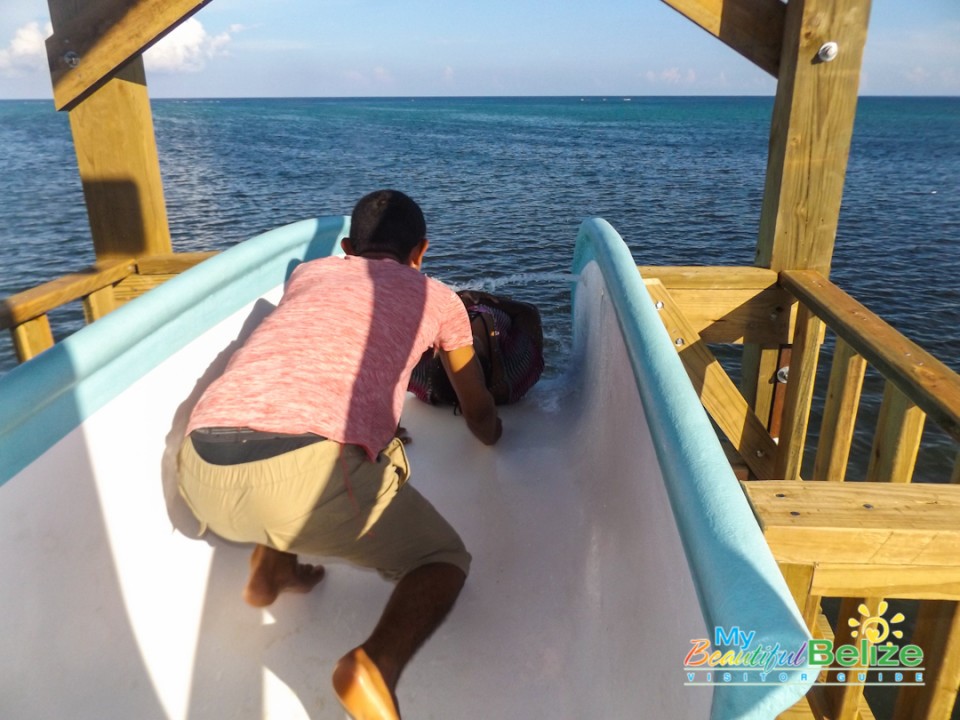 I lay down the top of the slide, feet together, hands on chest as told, and my head slightly lifted – but shoulders back…and then, with a shout to cascade water around my ankles (can’t go down a dry slide…ouch!)…one quick push…and wheeeeeeeeee!! Down the slide I went!

I’m not going to lie, my eyes were squeezed shut the entire time – which, to be honest, was mere SECONDS! With a great big kerplunk, I sliced through the water and it was over faster than it took to climb the tower! What incredible FUN! 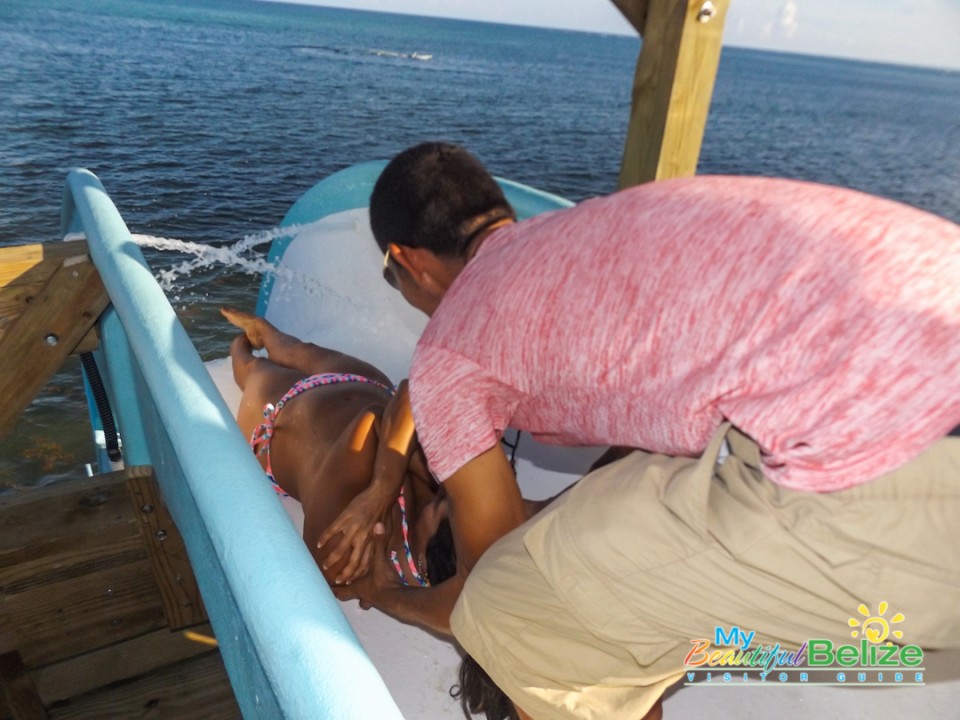 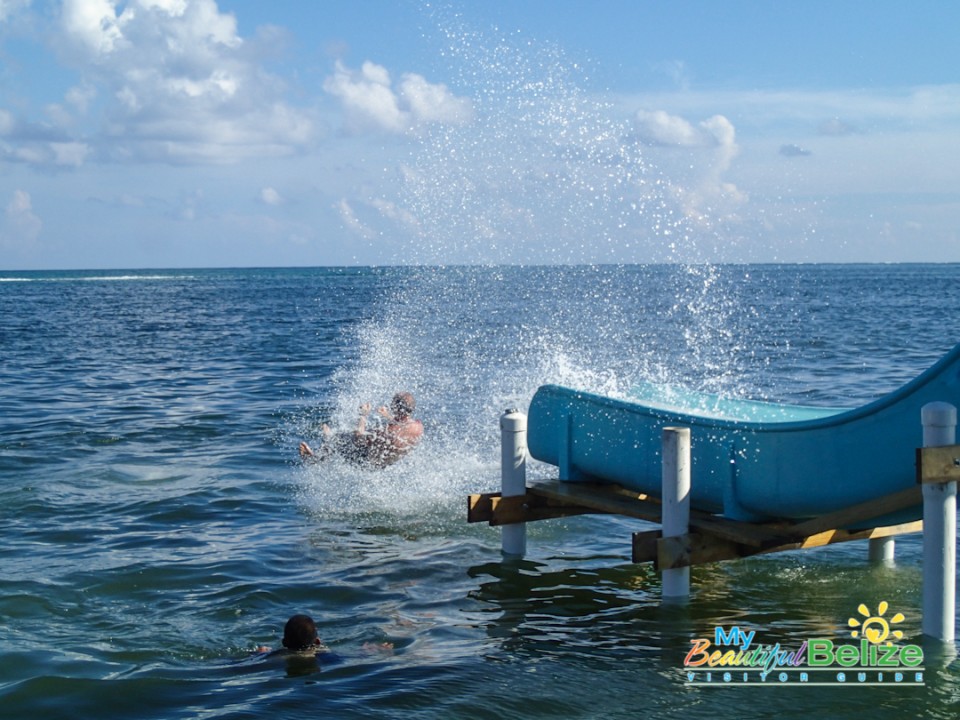 The cost to get on El Diablo is $5 per turn, or, unlimited fun for a fee of $25! Anyone under the age of 18 has to be supervised by parents/guardians. As always, LISTEN to your guide at the top, and follow instructions. And of course, have a blast! 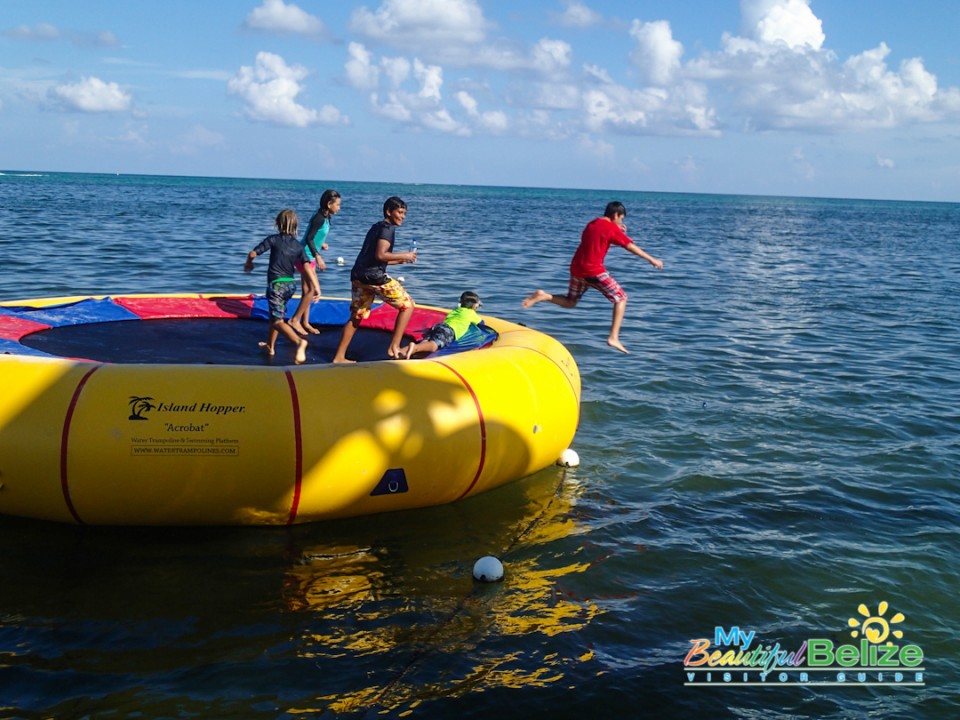