The new sport in town: Rugby

Recently an organization called ‘Rugby Belize’ has been introducing a new sport to the country. While rugby is quite popular in our mother country, England, it is still relatively unheard of here in Belize. But it looks like that is about to change as Rugby Belize has made it way to San Pedro Town! 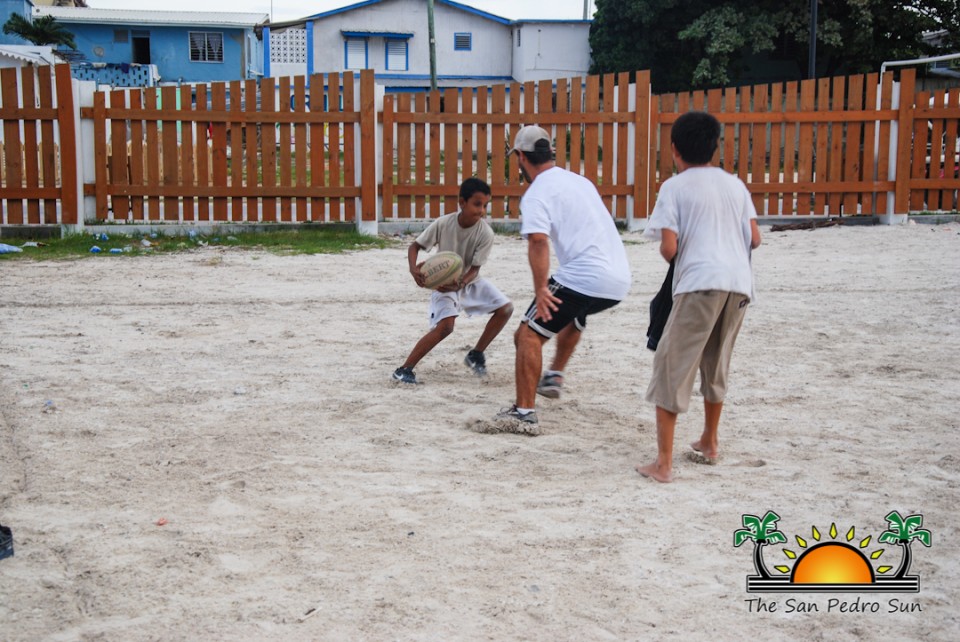 Island resident Martin Dawson is the coordinator for rugby in San Pedro, and with the help of seasoned rugby player, Alex Almas, he is creating the very first team in the island. Recruitment for the San Pedro Turtles started on Tuesday, October 21st and I decided to pay a visit and see what rugby was all about. 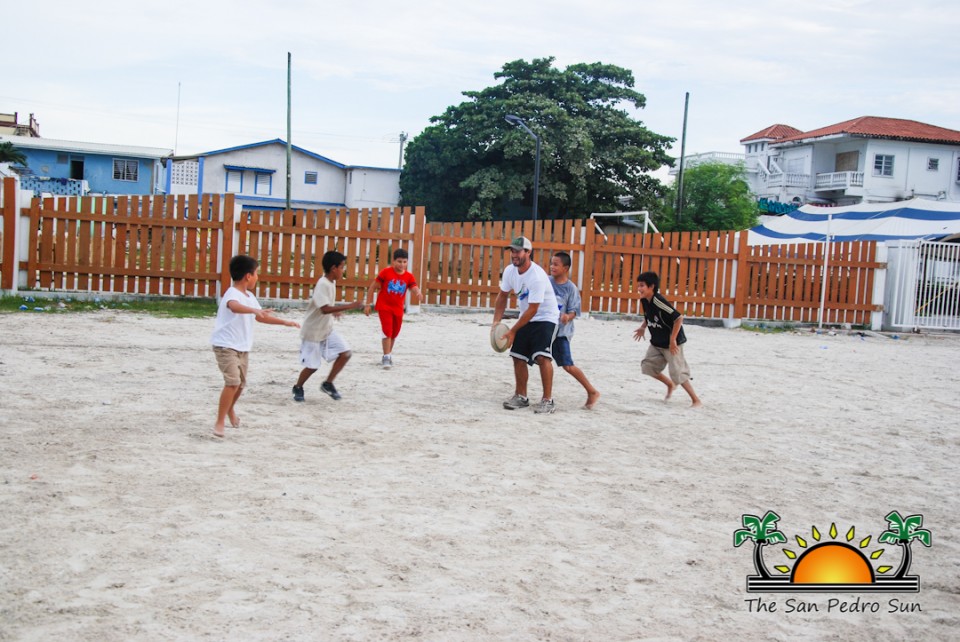 Practice was held at the Honorable Louis Sylvester Arena (Saca Chispas) and I was certainly surprised at the number of children that had come out to learn more on the new sport. Rugby, which is a style of football, encompasses scoring goals against the opposing team by either running with the ball in hand or kicking it. It is quite an aggressive contact sport that incorporates tackling and body slamming. But, in my view this is a healthy way youths can release the stress and frustration of everyday life (Yes, even homework can be stressful). 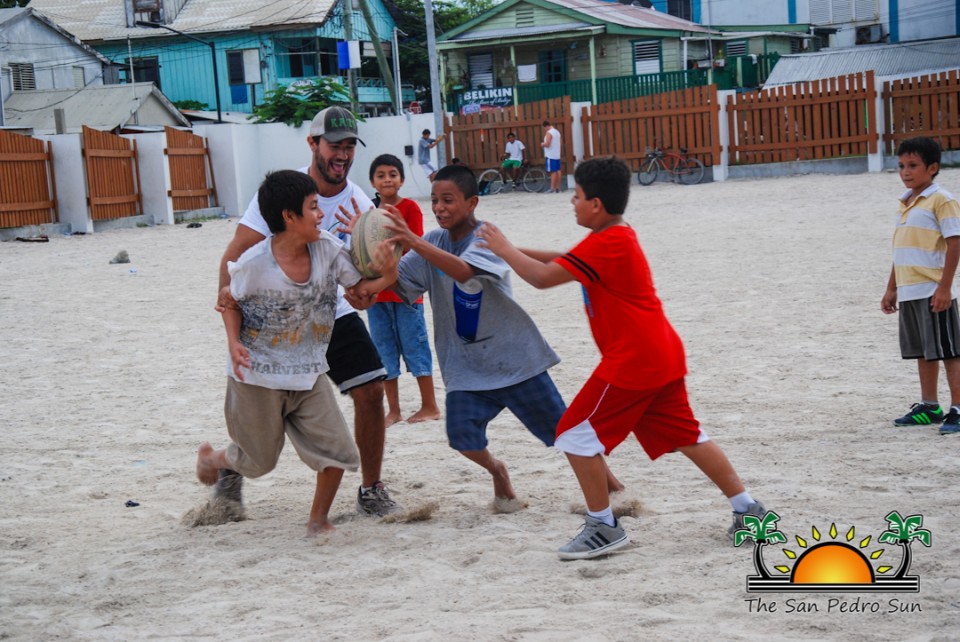 After Coach Almas explained the concept and rules of rugby, the children eagerly started practicing drills on the proper techniques of the game. The children quickly got the hang of it and were soon playing a friendly match of rugby. It was thrilling to see these children that had never played this sport before enjoy the new experience and actually learn from it. 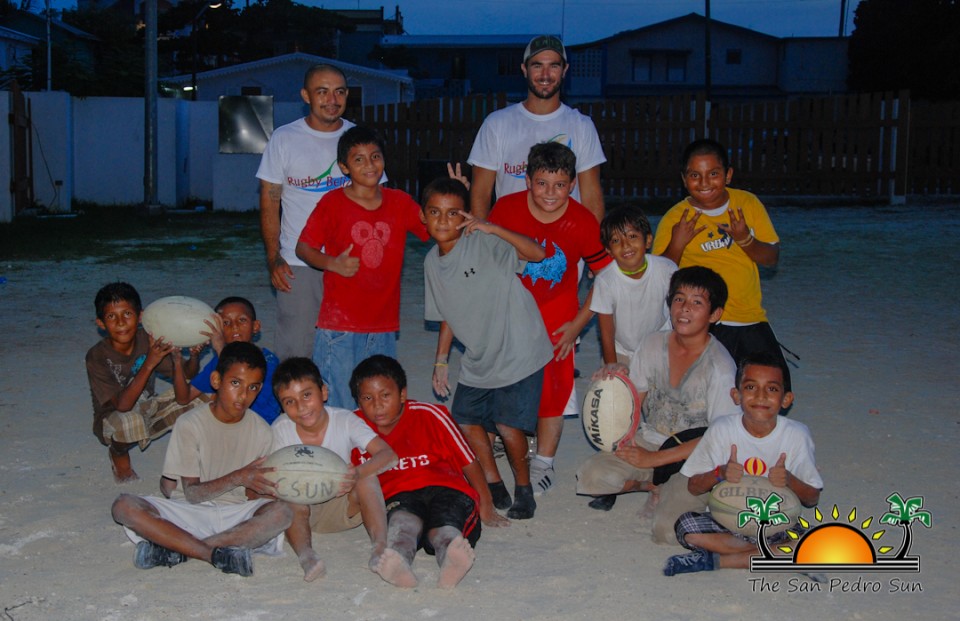 By the end of the practice session, the children ran to Coach Almas and Dawson asking when the next practice would be. The eagerness in their face was clear and I just know that soon, the San Pedro turtles would be a force to be reckoned with.
To learn more on the work of Rugby Belize, visit their website at www.rugbybelize.com. To be a part of the San Pedro Turtles, contact Martin Dawson at phone number 605-2110. 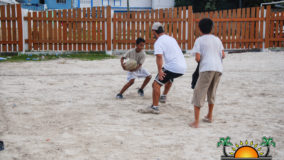 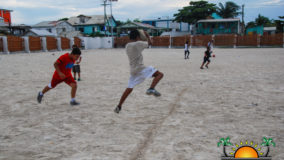 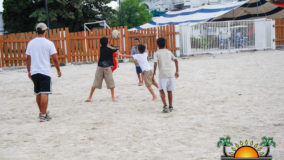 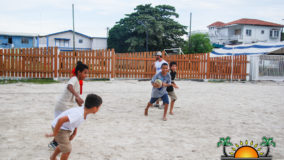 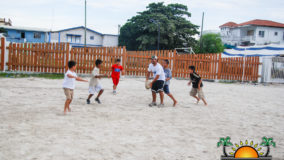 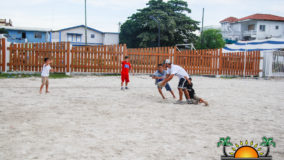 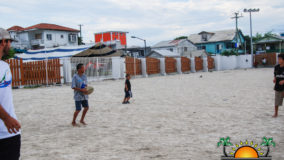 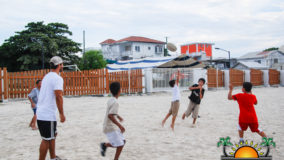 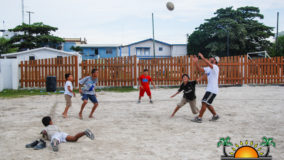 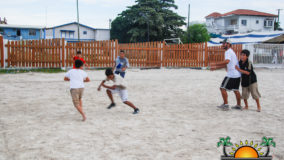 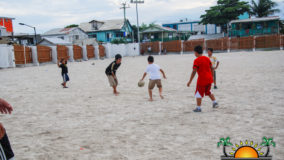 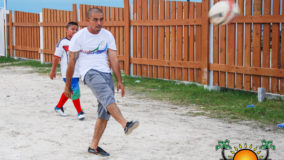 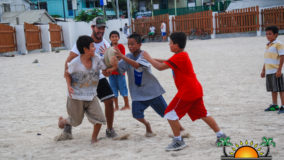 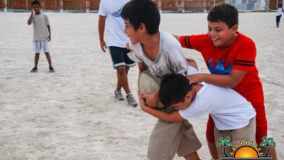 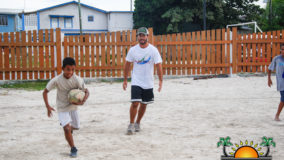