San Pedro, Ambergris Caye has for many years been a coveted destination for travelers. This beautiful island and its people have experienced exponential growth and development throughout the last thirty years and just like with anywhere else in the world-with growth- comes growing pains- these pains include sanitation! 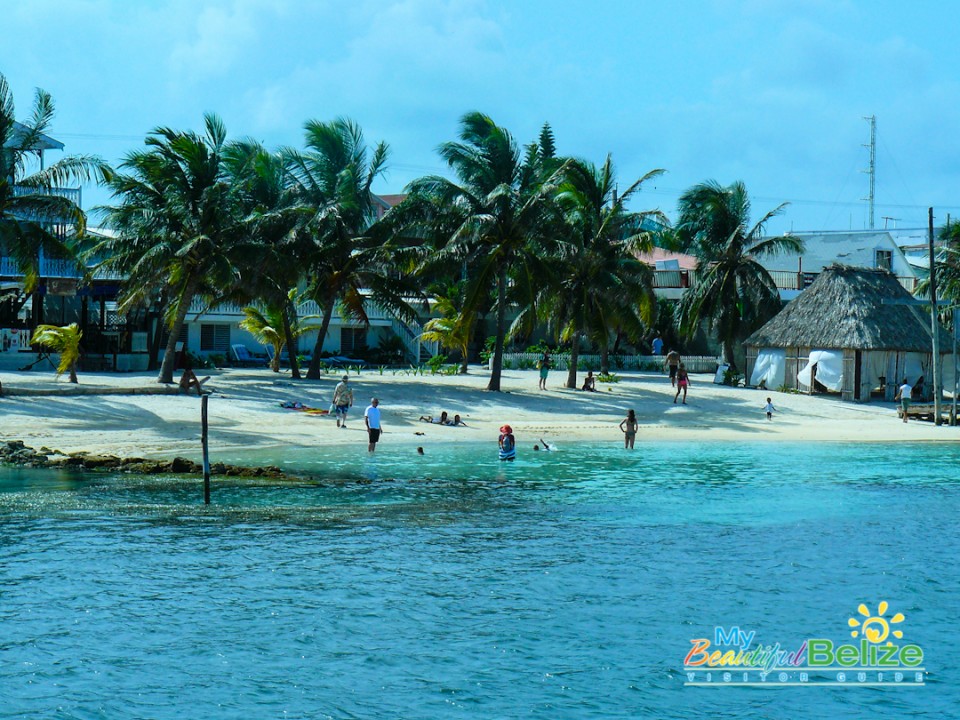 We are a beautiful coastal community, and while we are lucky to live in what many call paradise, it does come with responsibility, because trust us- we don’t always wake up to beautiful beaches. Every day loads of debris wash in with the evening’s tide (in some areas more than others). These include Sargasso and debris including garbage, that wash in from deeper seas.
Whose responsibility is it then to clean up what’s been washed in? While the town council does presume the responsibility of cleaning the public beaches, that doesn’t mean we shouldn’t all do our parts- After all, it is most definitely our civic duty. Thankfully we realize that, as several volunteer groups have come together to tackle the problem of pollution. We give all these groups and they’re volunteers two-thumbs up and encourage everyone to volunteer!

Build a Beach– The Build-a-Beach campaign was started by Dimas Guerrero Jr. in an effort to do his part in clearing up the mounds of Sargasso that would wash in on the Northern beaches. Not only did the rotting Sargasso create an unpleasant stench but it was the ultimate eyesore for his customers in the area. So Guerrero decided why not expand the perimeters of the beach by using the Sargasso for landfill which would then be covered with sand! Now, every weekend volunteers join him in the effort to clean and build-a-beach! Kudos guys. 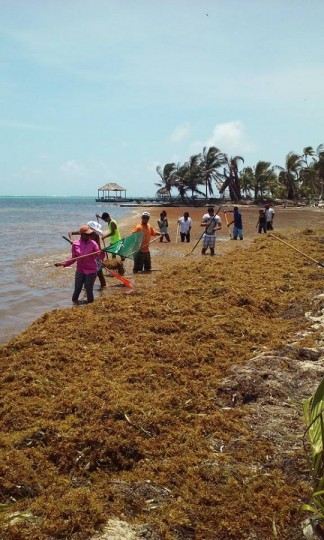 The Phoenix Belize– Every weekend a group of staff and even owners from the Phoenix Resort come together along with community volunteers to do their part in alleviating garbage along the beaches in town. The group assembles at the Phoenix, provides each volunteer with gloves, bags, and refreshments and it’s off to the designated cleaning are for that day! Feel like giving a hand well feel free to join the gang. 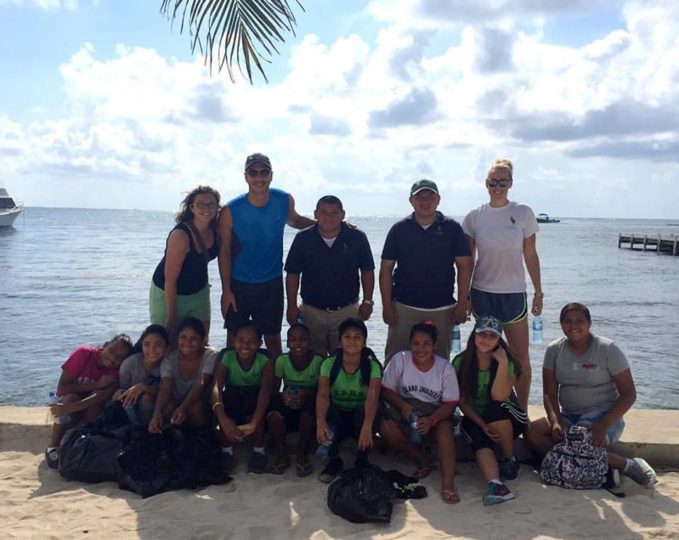 Ronnie and Lisa and The Grand Caribe gang– Ronnie and Lisa and pooch Dooley Bear, residents of North Ambergris take it upon themselves to do their part in keeping their neighborhood clean. They often take walks along the beach equipped with garbage bags to pick up trash as they go along. After a storm hit a couple weeks ago they set out on their weekly mission only to find out the mounds of garbage that had washed in was a bit much and they could actually use extra hands. Upon requesting  to borrow an ATV and garbage trailer from Grand Caribe Resort to help with the loading of garbage, the resort guys volunteered to help out as well! In total 20 bags of garbage were collected! Talk about group effort! 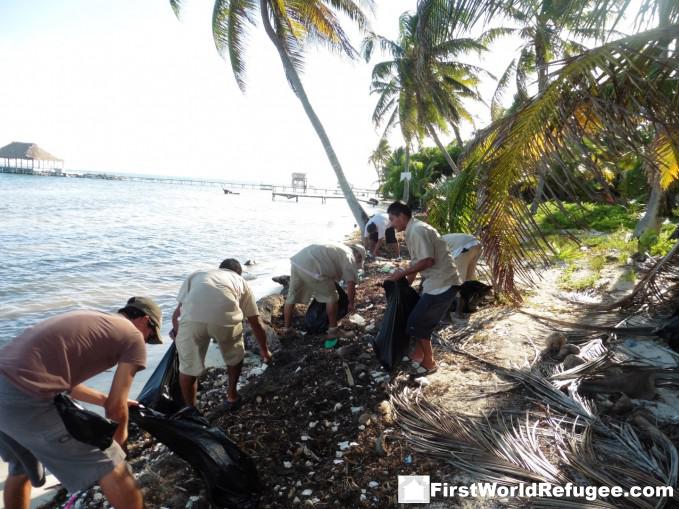 South Ambergris Caye Neighborhood Watch (SACNW)– Members of the South Ambergris Neighborhood watch group know a thing or two about civic pride. Community members come together regularly to do their part in maintaining the cleanliness of South Ambergris! Equipped with garbage bags and gloves followed by snacks and refreshments after, these guys surely know how to keep their community squeaky clean. 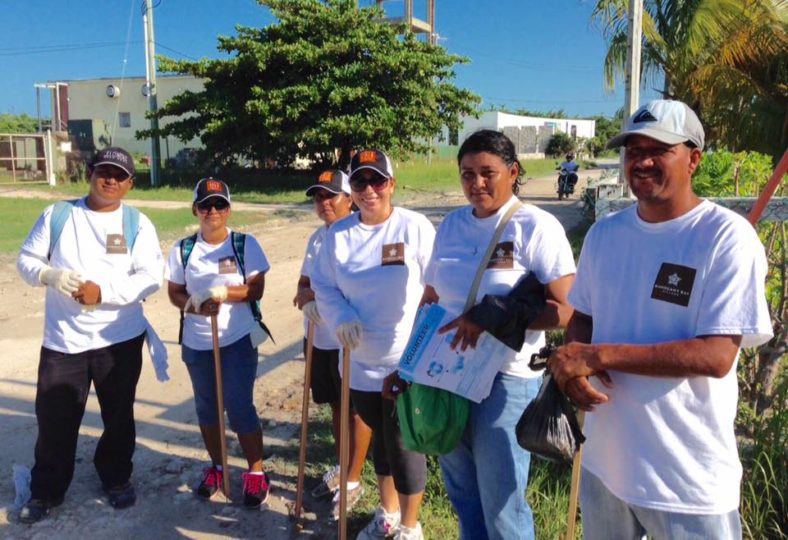 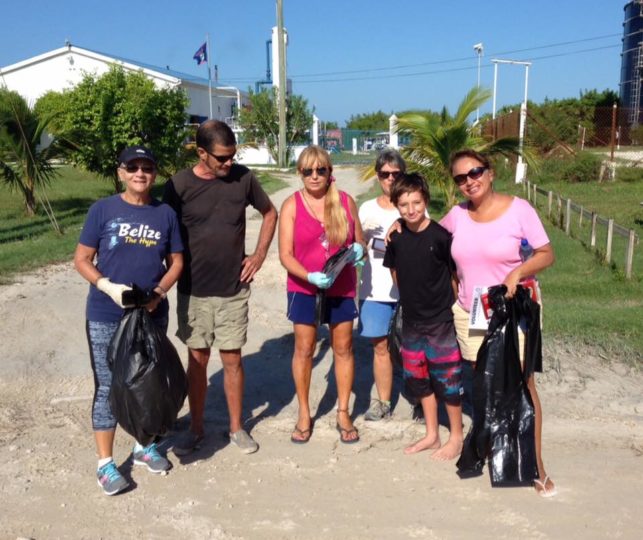 My Beautiful Belize highly commends all of the above mentioned clean-up campaign groups. To every single individual that freely contributes time and energy into keeping our island clean- THANK YOU!