Holy Grouper on a Kayak!! 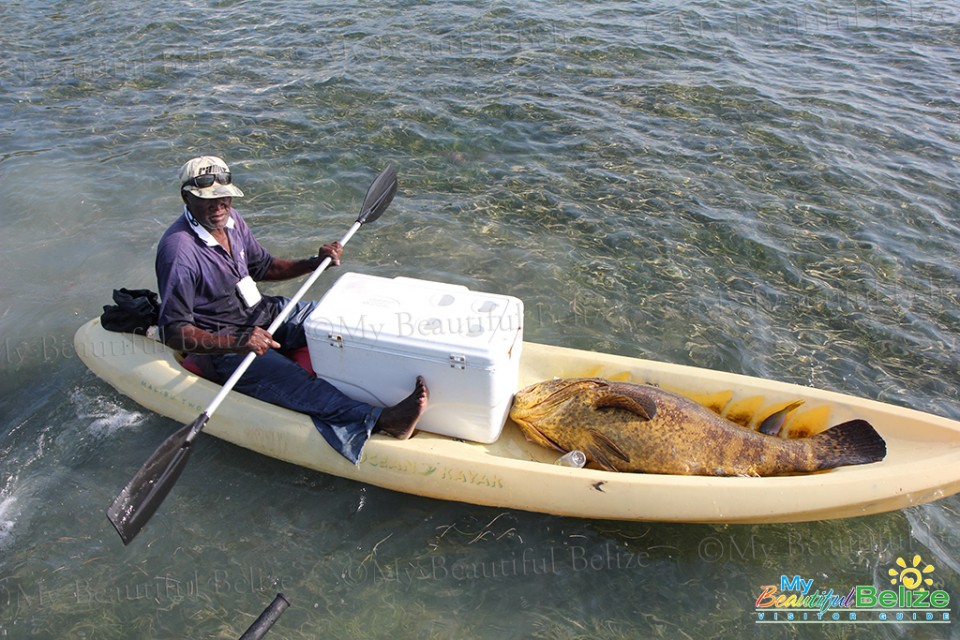 It was a calm (early) morning on Thursday, February 28th when Roman Mejia decided it was the perfect time for some fishin’. He dragged his kayak out, paddling away, deciding that it was just fine if he paddled a little further, and a little further out, until he was past the reef and into the deep waters of the Caribbean.

His line was busy all morning, with fish after fish just biting and being reeled in. His kayak was weighed down with all the good catch when, around 5AM, he felt the big one latch on to his 30lb drop line. What was a fisherman to do?! Mejia was not to be deterred, and he fought to reel that sucker in. It took about two hours before he could get the behemoth close enough that he could knock out the fish, jump out and bring him on board; well, when you’ve battled with a fish THIIIIIIIIIS big, you do NOT just let it get away! The fight was worth it when he eventually managed to haul in this massive 148-pound grouper onto his kayak. 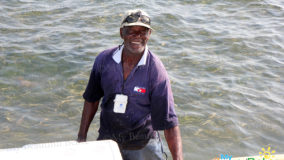 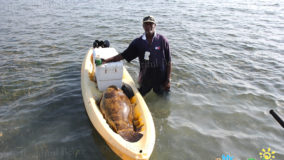 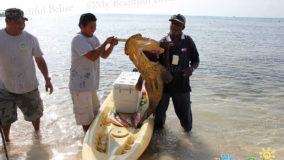 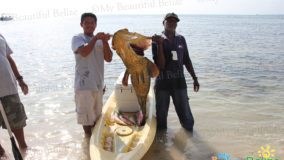 Susan Schoenbach was onshore when Mejia came in, exhausted but exhilarated with his fantastic catch. Grouper was certainly enjoyed that night!!