“Through Di Alley” by Jenko Veli

The perfect vision of a Belizean backyard party, replete with a panades stand, Belikin or rum punch on tap, sawdust on the ground, big speakers (all the better to blast those party sounds) and a motley crue of beautiful Belizean people – Jenko Veli’s “Through Di Alley” brings to life everything wonderful about Belize. 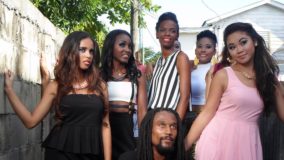 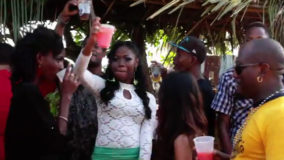 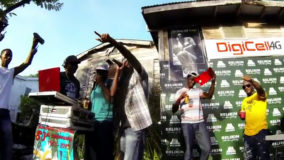 Talent? Available in spades! Heck, the song includes panades, garnaches and salbutes and only leaves you hungry (get it?) for more! Beauty? Just check out all the lovely ladies and handsome gentlemen co-mingling and enjoying the hella talented Jenko (himself an easy-on-the-eyes individual). Friendliness? Time for a party for a few hundred in Miss Banks’ backyard! 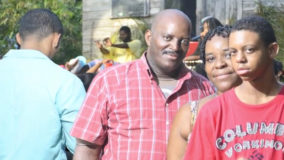 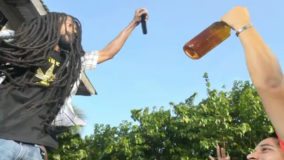 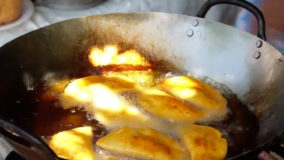 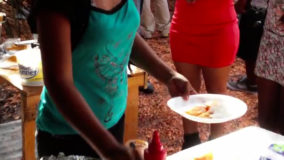 The video encompasses the best of a down-home party in someone’s backyard. Maybe it’s impromptu, maybe it’s planned, but at the end of the day, Jenko is on the mic and he got everyone to “put up unu hand”! And is that an accordion we hear? Good god man – you’re amazing!

Now watch and listen; tell me you’re not craving some panades and an ice cold Belikin right now?

About Jenko Veli
The talented Belizean artist officially came on the scene as a member of the Henchmob – a Belizean hiphop/reggae group. Henchmob went so far as opening shows for international artists such as Sean Paul, Lady Saw, Beenie Man, and Mr. Vegas. Jenko was also the MC for A Broken Code, the NYC Hip Hop Metal Band, from 2006-2010.
Currently, Jenko is in Belize promoting the local release of his “Anthology” album – a collection of songs from 1999 to now – including “Through Di Alley”. He is also involved in Verge of Umbra, a band that fuses vocal and instrumental Hip Hop and Reggae elements with rock and heavy metal.