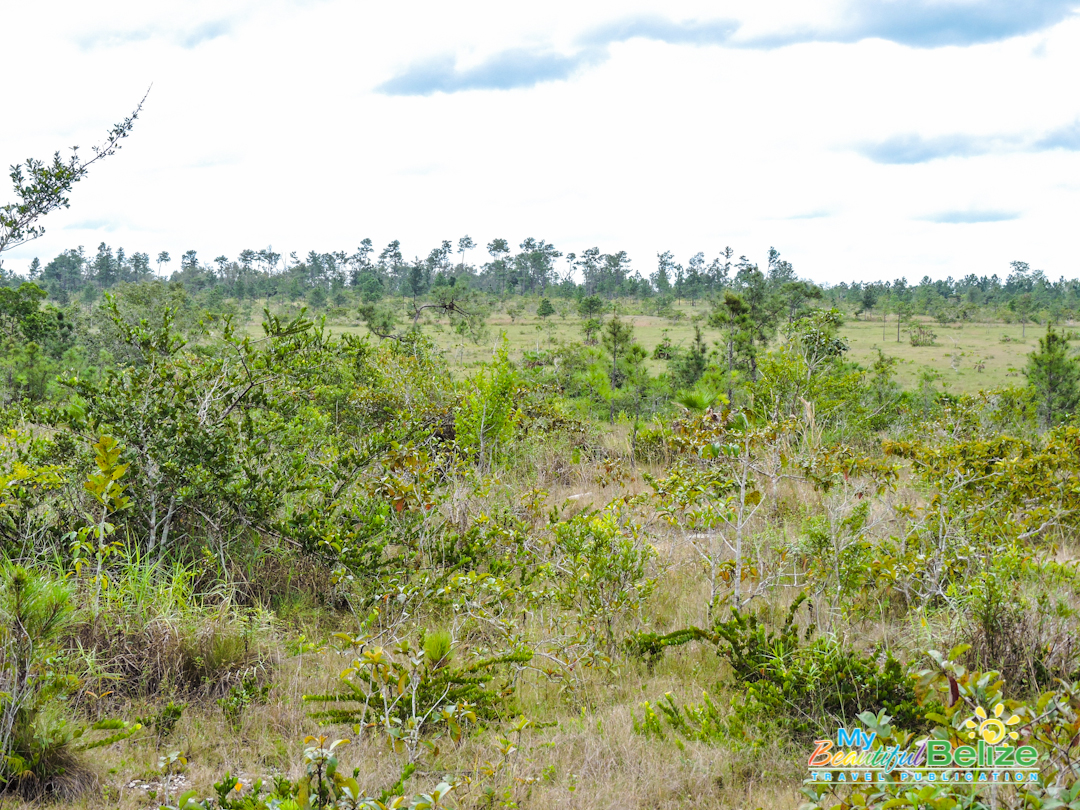 You probably live in a nice community that provides you with all the essentials needed to survive. We aren’t talking about having Wi-Fi, home-delivered pizza, and cable TV; we are talking about animal essentials, like food, water, shelter and someone to reproduce with. Imagine what life would be like if every time you went for groceries the store got further away, or now there was a six-lane highway you had to cross to get to it. What about dating? Imagine all the sudden the block you lived on was surrounded by a mote of hungry crocodiles? Would you risk life and limb to find Mr. or Mrs. Right on the other side, or would you be forced to settle for the loser down the street? Yes, these scenarios seem extreme, but due to habitat loss and human encroachment, wildlife across the globe face these sorts of challenges to safely live and reproduce in their wild range.

An essential piece of the Mesoamerican Biological Corridor
Today, we live in a very interconnected world. This is something that conservationists have learned when studying the species that they are trying to protect. It’s not good enough to create protected habitats that are isolated, like islands surrounded by roads, fences, farmlands, cities, etc. That’s not how most species have evolved. Their habitats need to be connected to others via wildlife corridors if life is to really thrive and be robust enough to survive in the long-term. 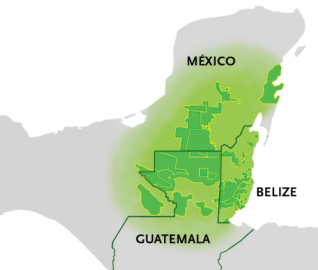 Roughly 26% of Belizean land and sea is preserved within a total of 95 reserves, which vary in purpose and level of protection. Most of the protected land is comprised of two conservation blocks, the Selva Maya area in northern Belize and the Maya Mountains in southern Belize. Separated by human activities such as roads, villages and agricultural activity, the Belize Wildlife Corridor provides a unique bridge of natural habitats that connects the two blocks through unprotected and privately-owned land. In the bigger picture, this passage is a vital segment of the intercontinental Mesoamerican Biological Corridor, a region that includes Belize, Guatemala, El Salvador, Honduras, Nicaragua, Costa Rica, Panama, and some southern states of Mexico. The area acts as a natural land bridge from South America to North America, which is important for migrating animals. 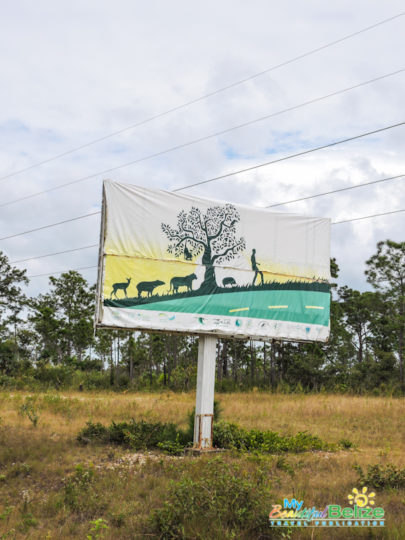 Due to the extensive unique habitat types, Mesoamerica contains somewhere between seven and 10% of the world’s known species! In Belize, our corridor is the only connection between northerly and southerly forests at this latitude anywhere from the Atlantic to the Pacific.

Patchwork preservation can be isolating
Why are these corridors so important? It is no different than living on a small island where resources and mates are limited. You aren’t going to survive long without either getting off the island or new resources arrive somehow. Wildlife corridors are essential to the natural exchange of animals between populations, which may help prevent the negative effects of inbreeding and reduced genetic diversity that often occur within isolated populations. They may also help facilitate the re-establishment of populations that have been reduced or eliminated due to natural occurrences such as hurricanes, disease or fires. Many factors play a role in how attractive a wildlife corridor will be to animals: terrain type, vegetation cover, topography, physical barriers of various kinds, and of course, human presence, including smells and noises. Some species, such as jaguars and pumas, need thousands of square kilometers of continuous natural forest to sustain their populations. Corridors allow animals, especially large carnivores, to find ways to roam between different ‘islands’ without being exposed to potentially fatal dangers.

The Central Belize Corridor – an important piece of the puzzle 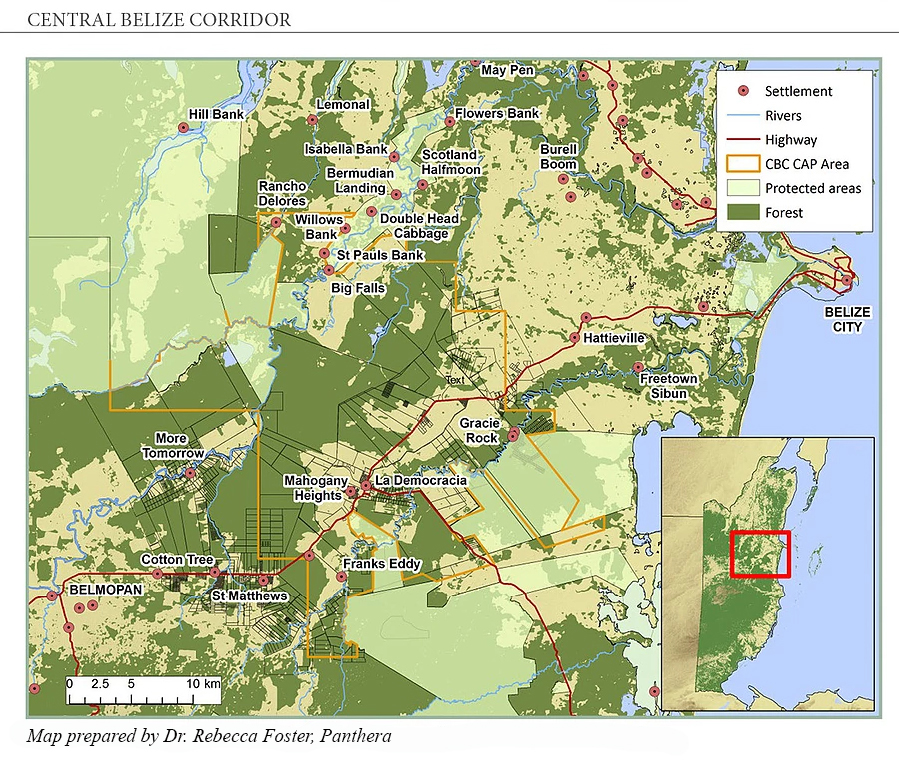 The most vulnerable part of the Belize Wildlife Corridor is where the Rio Bravo, Gallon Jug and Yalbac Area links with the Maya Mountains in the south. Known as the Central Belize Corridor (CBC), the territories converge at a 20-kilometer strip bisected by the busiest truck road in the country, the George Price Highway. This area represents the largest gap in the protected areas system and experts now believe that the Central Biological Corridor represents one of the last viable connections linking the entire Selva Maya Forest of Mexico, Belize and Guatemala and thus the Mesoamerican Biological Corridor. Consisting of broadleaf tropical forests and lowland savannas, the CBC is the home and means of sustenance for game animals as well as tapir, jaguar, and puma. It is also the source of sustenance for residents from some sixteen villages living in and around the corridor that use the forest to hunt and obtain firewood. But most essentially, the forest along the Belize River keeps the water therein clean, providing ample water for the entire Belize River Valley and Belize City. This makes the CBC an area of key social, cultural, economic and biological significance.

Sometimes, wildlife corridors were already present and all we need to do is protect them. For example, sometimes a narrow valley between mountains will act as a natural funnel and help bring species from one area to another. But sometimes, there are no natural corridors, and nature needs to be helped. That’s where conservation efforts come into play. In May 2013, the Government of Belize through the Ministry of Forestry, Fisheries and Sustainable Development and the University of Belize through its Environmental Research Institute initiated a Management Action Planning for the Central Belize Corridor. Strategic partners included the Panthera Foundation, the German Society for International Cooperation, Ltd., the Forest Department, the Fisheries Department, Department of the Environment, the Belize Zoo, Belize Audubon Society, Community Baboon Sanctuary, the Nature Conservancy and the Rancho Dolores Environmental Group, as well as all private landowners and communities in the area. Since then countless non-profit organizations have collaborated on a variety of efforts to protect and preserve this vital corridor. One big champion is The Belize Zoo & Tropical Education Center. 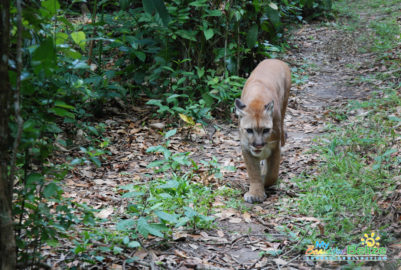 Saving Wildlands for Wildlife
Located within the Central Belize Corridor, The Belize Zoo & Tropical Education Center (TBZ) in partnership with the Belize Economic and Ecological Development Fund (BEED), launched a Saving Wildlands for Wildlife campaign in March 2017 to save some of this important habitat. An online appeal through CrowdRise for $100,000 was made to purchase 945 acres of savanna and adjacent lowland tropical forest. TBZ currently safeguards more than 150 acres of private land on both sides of the George Price Highway, which provides safe passage for a multitude of wildlife moving through the area in search of food, habitat, and mates. The 945-acre property surrounds TBZ and adjoins a 1,700-acre conservation parcel. The end goal is to combine all these properties, resulting in a new protected area roughly 2,800 acres in size. Collectively, these lands provide important habitat and connectivity for a variety of rare and endangered wildlife, including jaguars, tapirs, yellow-headed parrots, and a host of migratory birds. Preserving these “wildlands” will greatly empower the Central Belize Corridor, and enhance Belize’s vital network of National Protected Areas. 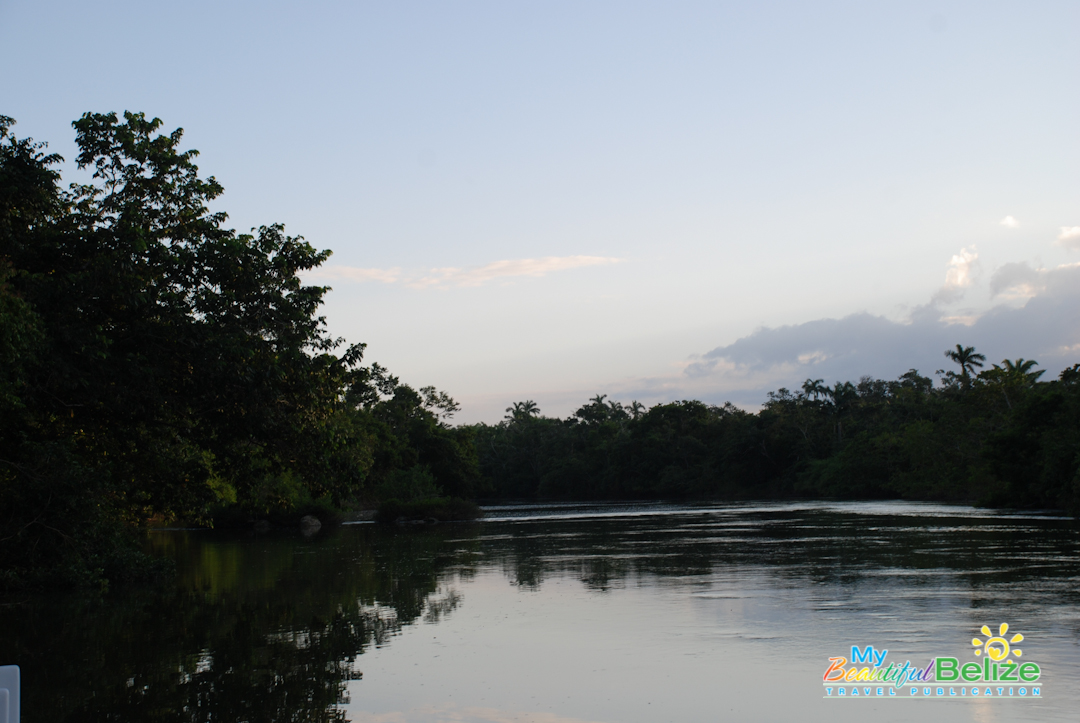 On January 3, 2018, TBZ posted on their Facebook page that through the incredible outpouring of support from near and far, the CrowdRise fundraiser had secured over $71,000US. They also announced that TBZ had recently been awarded a grant proposal through the IUCN’s Small Grants for the Purchase of Nature program. This award, when combined with the CrowdRise funds, will bring them within reach of securing the land purchase, but they are still in need of donations. 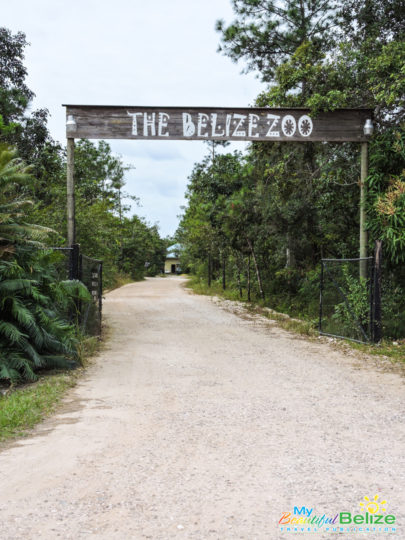 Sometimes nature needs help
It always feels good to be a part of the bigger picture, even when all it takes is protecting 2,800 acres of land that sometimes doesn’t look like much, especially the savanna area. Knowing that this area is an essential link for not only wildlife in Belize but for those who depend on the intercontinental Mesoamerican Biological Corridor, your US tax-deductible donation is far-reaching. For more information on how you can help, please visit the TBZ CrowdRise campaign at http//www.crowdrise.com/central-belize-corridor-land-preservation.