Did you know that there are 15 species of Howler monkeys? Belize is a great place to observe one of those species: the Black Howler Monkey. They are native to South and Central American forests, and are among the largest of the New World monkeys. Famous for their loud howls, which can travel up three miles through dense forest (!!!), howlers are great to observe in their natural habitat!

The Community Baboon Sanctuary in Bermudian Landing is the right place to go for that fun experience! Nearly 13,000 acres of national park forms part of the Meso-America Biological Corridor in the Belize River Valley area. The sanctuary is located about 26 miles outside of Belize City and nestled deep in a forest that has been voluntarily protected. 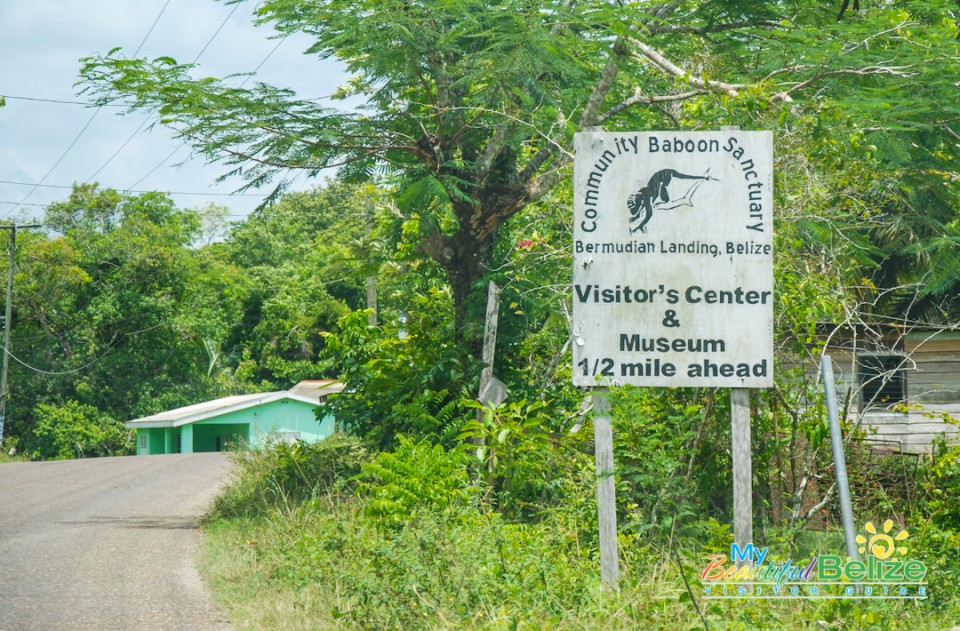 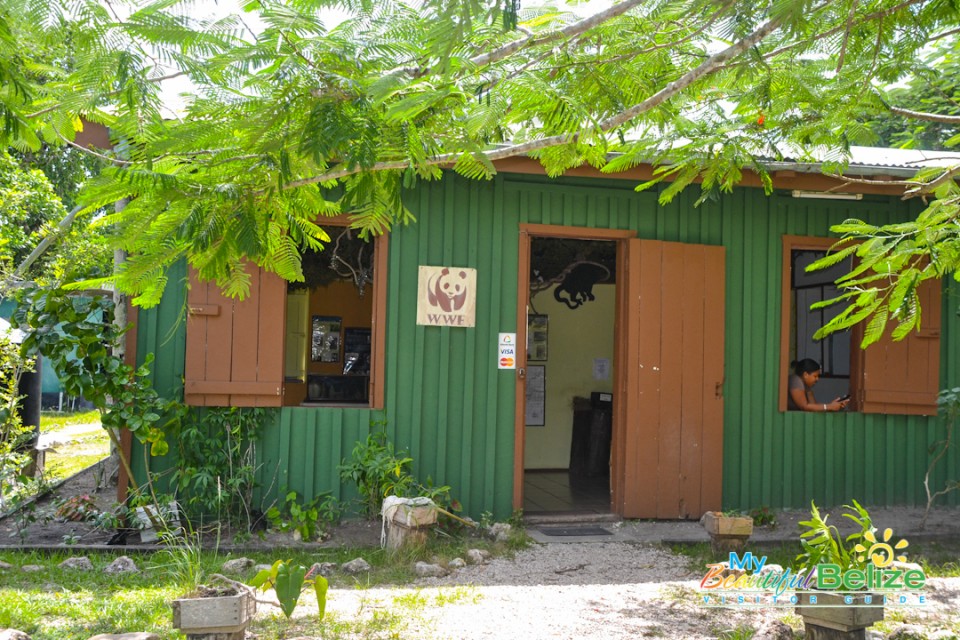 It really is a genuine pleasure to know that families along the sanctuary took a ‘cooperative’ initiative and pledged to include their private lands as part of the Sanctuary, making it a part of the wider conservation efforts to keep the Black Howler monkeys from becoming extinct. It is a wonderful example of biodiversity and sustainability across seven communities: Flowers Bank, Scotland Halfmoon, Bermudian Landing, Isabella Bank, Double Head Cabbage, Willos Bank and St. Paul’s villages. 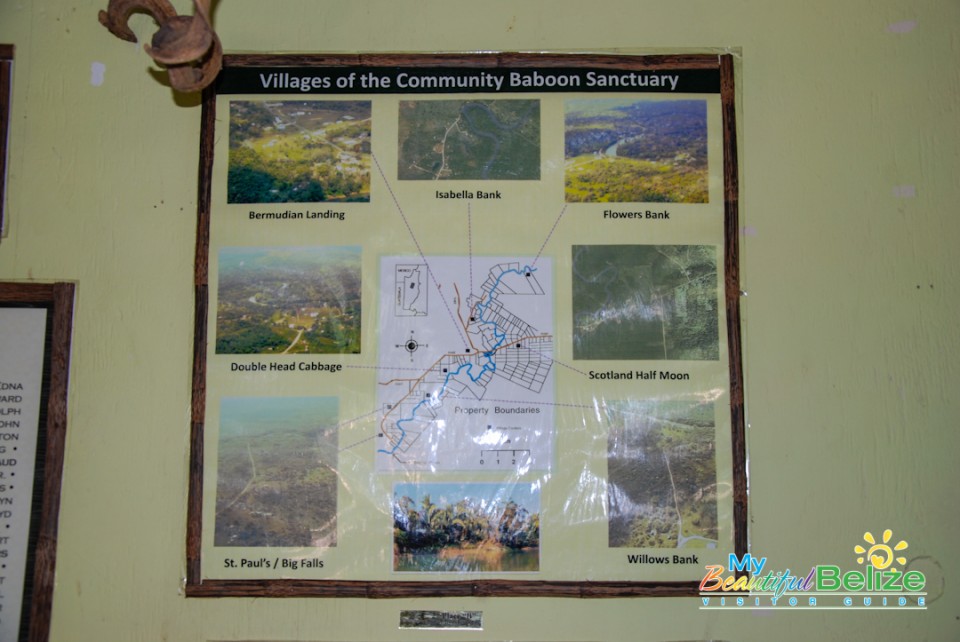 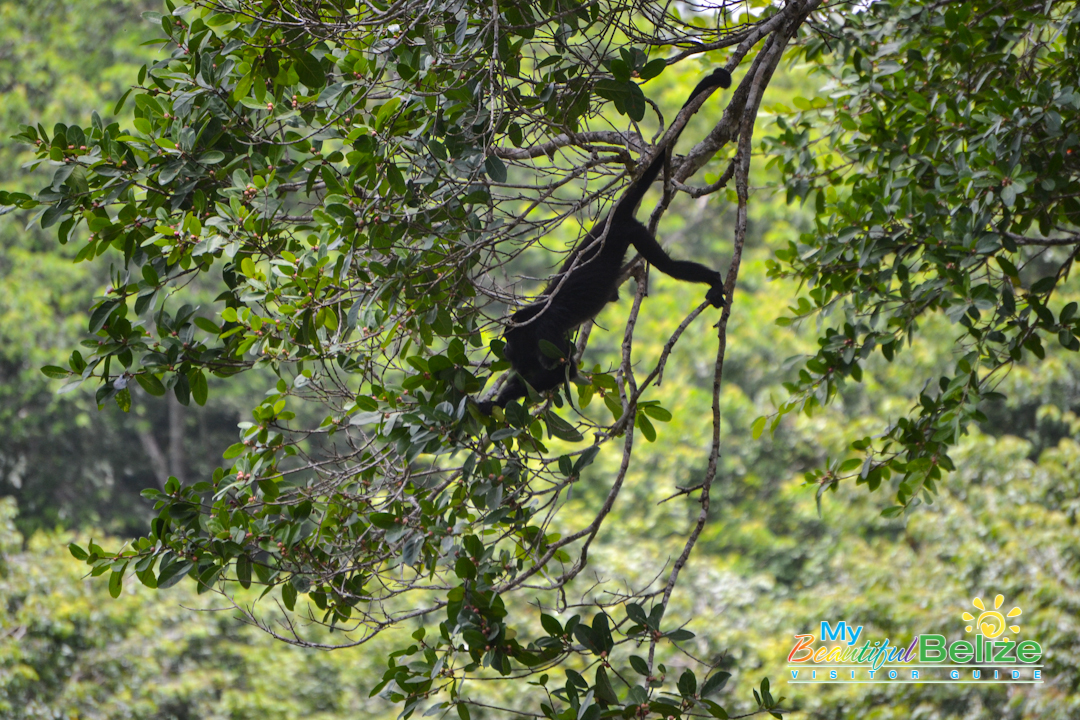 To see the Howlers in action, follow the trail that leads from Bermudian Landing, and be observant of the treetops. A rustle here, a rustle there, perhaps a shimmy and a shake of the leaves, and you’ll soon see a curious face peeking out at you! Howlers have short snouts and wide-set, round nostrils. Their agility is fascinating: watch them as they clamber from limb to limb, grasping branches with their hands and prehensile tails. A Howler’s tail is so strong it can support their entire body weight – just check one out hanging upside down so it can better grasp fruit or leaves! Pretty cool huh?! 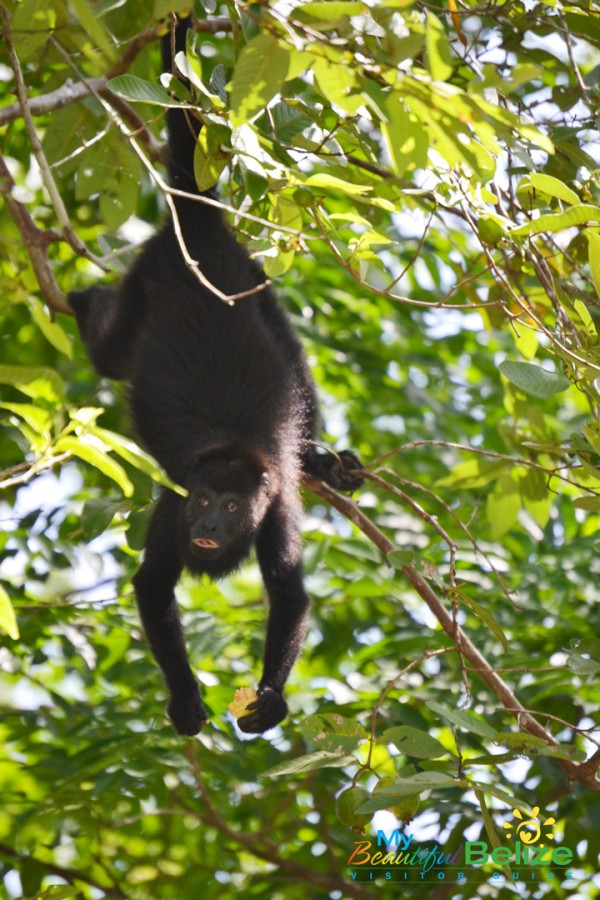 But if you don’t see a howler immediately, chances are you will hear one! With their enlarged basihyal or hyoid bone, they are able to make loud vocalizations, often to hair-raising volume. It is all part of their social behavior, and often times the males of the group will call at dawn and dusk. If you’re in the jungle, those deep, guttural growls are part of the natural cacophony of a forest settling down for the night or preparing for a day full of activity. 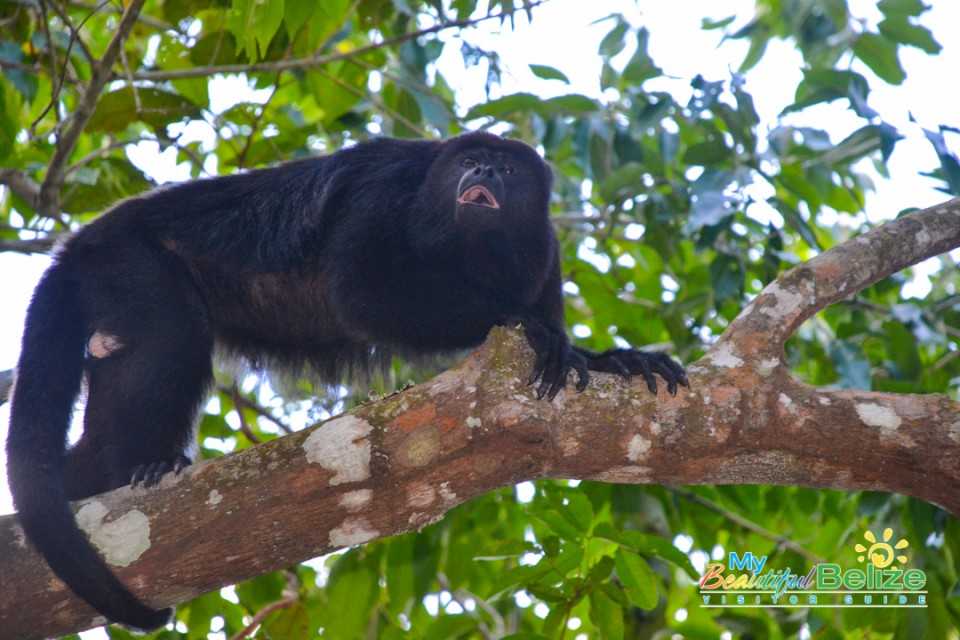