“Ah wahn know who seh Kriol no gat no kulcha?!?” This is how many artist contemporaries of brukdong legend Leela Genus Vernon remembered her, as they gathered to celebrate her life in a Kriol variety show of music, dance, poetry and humor hosted by the National Institute of Culture and History (N.I.C.H.) at the Bliss Institute for the Performing Arts in Belize City on Monday night.
Leela’s favourite catch phrase was: “hib ahm long sho”, and her fellow artists took it to heart and decided to pay it forward with a showcase of their many talents to preserve the Kriol culture with the same passion Leela dedicated her life to until diabetes and its complications took her to her final rest on Saturday, February 19, “The heart of a country is its culture” she always affirmed. 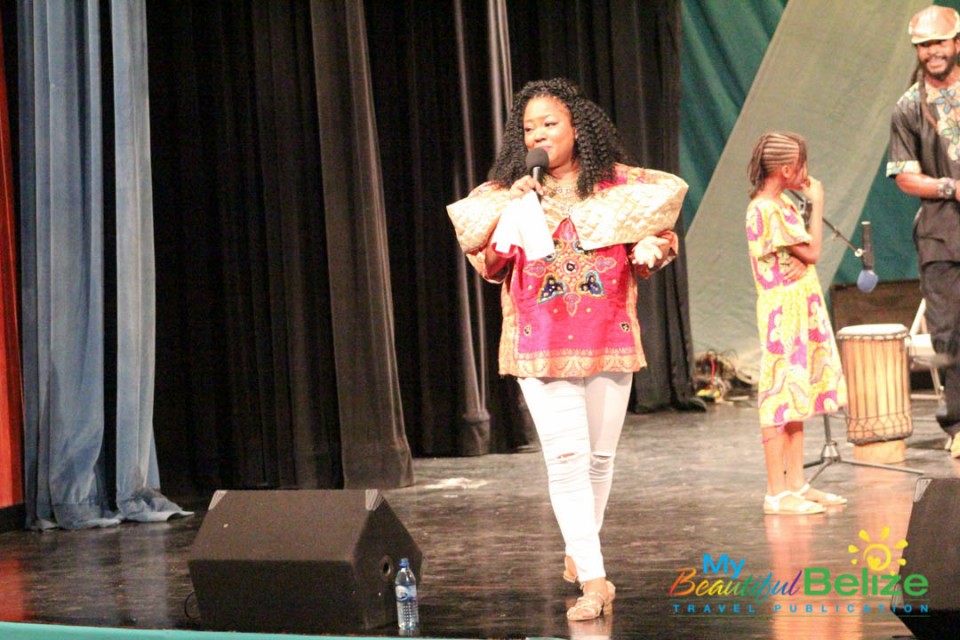 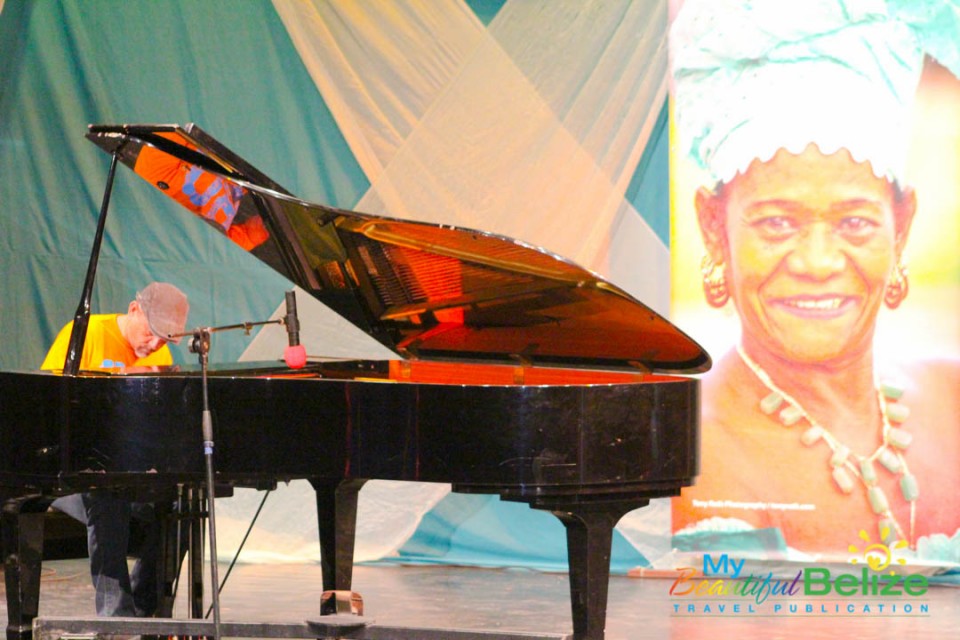 The Belize National Dance Company took the stage in a stage in a patriotic swirl of red white and blue costumes, as they danced to Leela’s anthem song and that faster brukdong rhythm that was Leela’s personal style from down south. 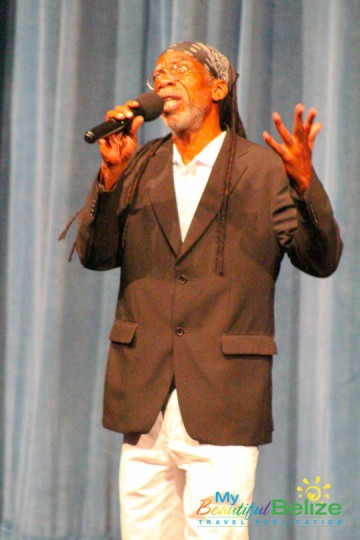 Kenny Morgan’s poetry filled the empty spaces as he challenged those Belizeans who served with foreign military force in mercenary fights that had nought to do with Belize, a warning that their real fight should be here at home for their fatherland.
The artists also shared their impressions of Leela and how she had influenced their artistic development in a N.I.C.H. video tribute to Leela which was them shown on the big screen. 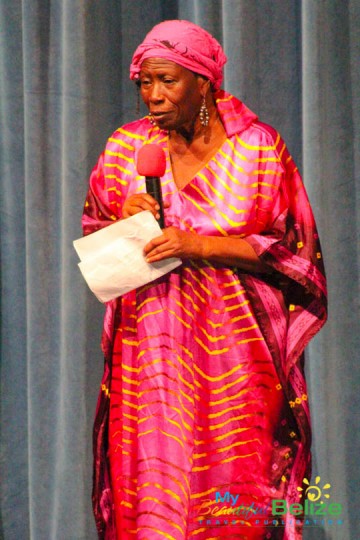 Myrna Manzanares of the National the Kriol Council shared a poem on Leela’s vibrant impact on keeping Creole culture alive, regretting only that Sylvana Udz who helped create the Kriol dictionary was away in Taiwan and could not be here to join us in this celebration. 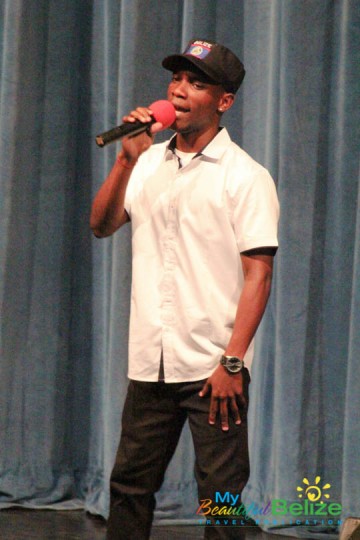 In the interlude MC Kenny Morgan again challenged the youth about their decisions and how these might impact their lives: “If you want to keep your pride, don’t get into that ride’ he cautioned young girls; “skirts with pleat pressed up all nice and neat,… I hope we don’t see history repeat!” He also admonished young men about the thug life that could lead to prison time and having to become room-mates with some real bad men, who might want to turn them inside out.

Lord Rhaburn delighted with audience interaction and participation, with his many calypso hits lampooning the foibles of Creole thinking in the 60’s, and the materialism of external influences.
The descendants of another Creole cultural icon Mr. Peters (RIP) have kept alive the Mr. Peters Boom and Chime Band and Mr. Peters’ grandson now chanted the lyrics popularized by his grandfather. 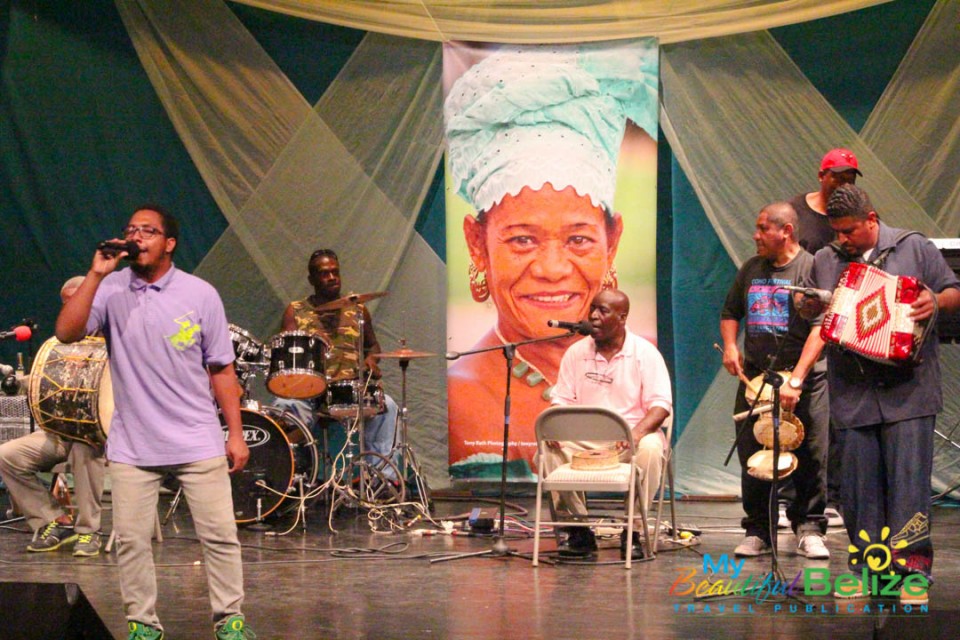 Another heir of Leela’s cultural legacy, September celebrations song-winner Pocono Bwoy then struted his stuff onstage, in which he was joined by members of the precision and Style dance group. 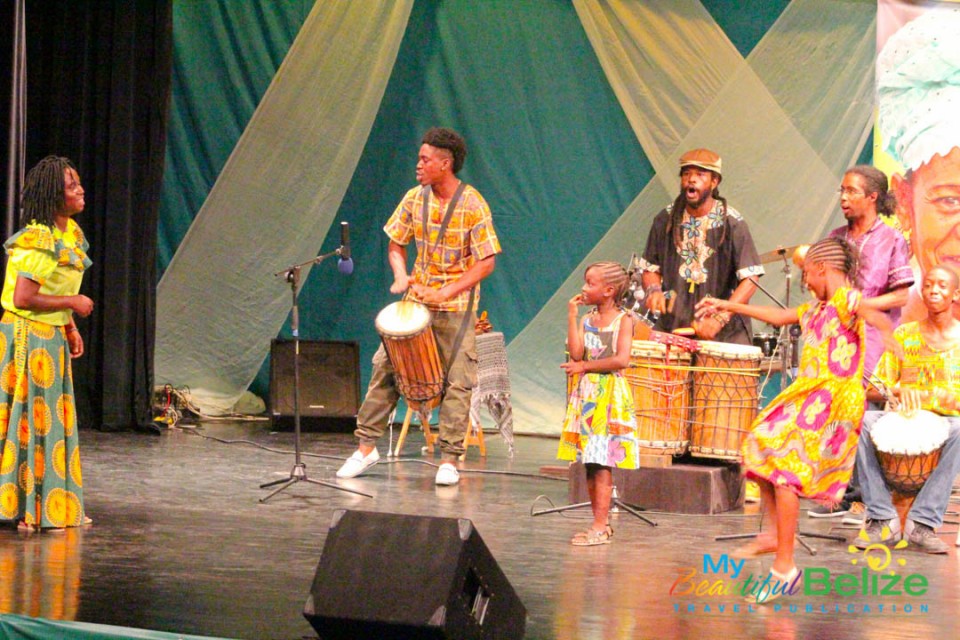 A Kriol drummers ensemble, “The Maroons” next entertained with their version of Kriol song and dance, and after three hours of music and poetry, it was time for Ernestine Carballo to “bring it” with her September hit songs. The Love Vibrations band closed off the night’s performance.