The opportunity to get up close and personal with one of the world’s largest fish, the whale shark, is one that many dream of. As we’ve told you before, we’ve tried our very best to catch them in action, but they’ve neglected to show up at the appointed time. That doesn’t stop us from wanting to check them out in their natural habitat – no sirree!

The whale shark, Rhincodon typus, is by far the largest living non-mammal to ever inhabit the Earth. As the world’s largest fish, it has a recorded length of 41.50 feet and a weight of more than 47,000 pounds! Those statistics sure gives new dimension to those tall fish tales, huh?! Despite all of those big numbers and their sheer size and volume, whale sharks are appropriately known as gentle giants – docile and frankly, aren’t bothered by your swimming/snorkeling/diving nearby. We always caution that you shouldn’t come too close – touching wildlife is a big no-no in our books. Besides, despite knowing their gentle nature, size can always keep us at bay!!

But the real question in our research about these docile giants is: ‘Where do these giants come from?’ Turns out, no-one really knows! In a 2013 National Geographic story written by Brian Handwerk, the mystery of where the sharks come from is never really a solved. In fact, their mating and birth rituals have never been observed!

These giant animals seemingly pop up out of nowhere, to feed and aggregate in over a dozen major feeding locations around the world: from Western Australia and Indonesia to Belize. The biggest number definitely has to be on the northeastern Yucatan Peninsula (Quintana Roo, Mexico) and as much as 800 of the beasts have been observed between May and September. The whale sharks show up, feed on the tiny plankton and small fish or eggs in the Caribbean waters, then boom, disappear for another six months! (How can we get that kind of extended holiday?)

Tagging efforts, through whale shark research that was partially funded by a grant from the National Geographic Society has revealed their incredible journey through one mature and presumed pregnant female named Rio Lady. She was tagged in Mexico, after which her odyssey of 4,800 miles was observed with bated breath. For five months she swam, out between Brazil and Africa, passing the equator where her tag came off, leaving researchers with no more information on what she was up to beyond that point. 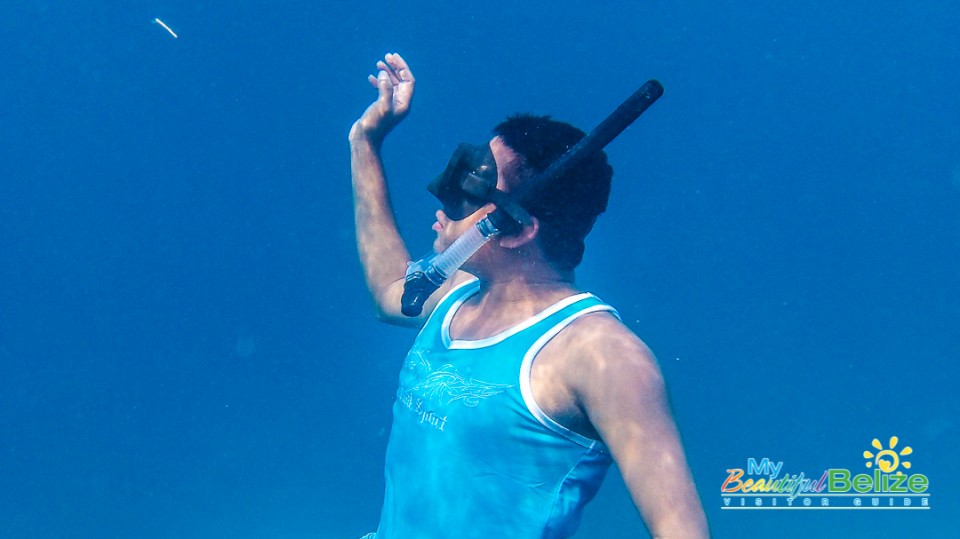 This is not a whale…I repeat, NOT a whale!!!

If anything, not knowing only leaves us more excited to see what scientists can come up with their research efforts. But I for one, will continue this (im)patient wait for their arrival to Gladden’s Spit. Perhaps this time we can roll out the red carpet a bit. What can we do to ensure they show up for us? We promise to take flattering photos, all at the right angles and we won’t even ask for their autograph, or stalk them (much) once they swim away from us…think that will work? 🙂