The Baird’s Tapir, the National Animal of Belize

The Tapir (Tapirus Bairdii) is the largest land mammal of Central America. Known as the “mountain cow” in Belize, they are forest dwellers, active mostly at night as they forage along river banks and forest clearings. The Baird’s Tapir is the national animal of Belize and is protected under the law; thus, the hunting of the tapir is illegal. 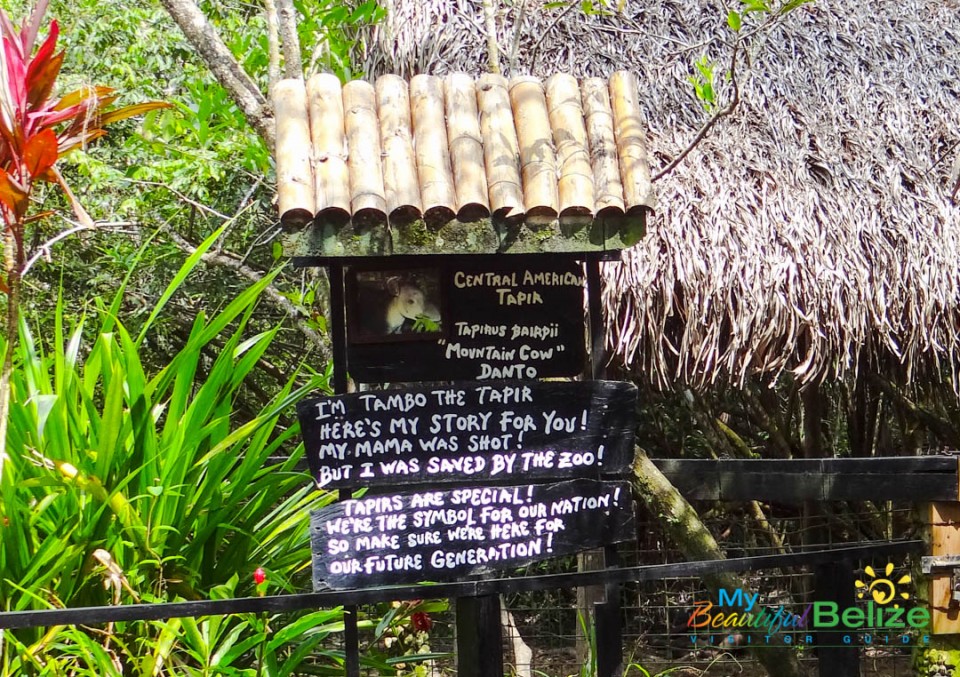 The tapir has a prehensile, long nose like an elephant or anteater, but is actually related to the horse and rhinoceros. Its general color is dusty brown with a white fringe around the eyes and lips, white tipped ears and occasional white patches of fur on the throat and chest.
This herbivore spends approximately 90% of its waking hours hunting for food. Feeding on grasses, aquatic vegetation, leaves, buds, and fruits of the low-growing shrubs. Its long, flexible upper lip and flat molars are well suited for foraging and swallowing twigs, nuts, and other tough plant tissues found throughout river basins. Tapirs have splayed, hoofed toes, with four toes on the front feet and three on the hind feet, which help them walk on muddy and soft ground. 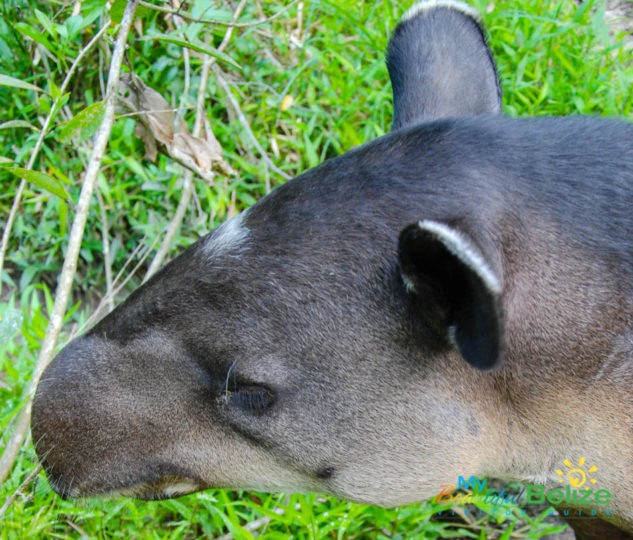 Although tapirs were once widespread, only four species endured into the modern world: three in Central America and the warmer parts of South America, and one in Southeast Asia. Size varies between species, but most are about two meters long, stand about a meter high at the shoulder, and weigh between 550 – 600lbs. The natural lifespan of a tapir is approximately 30 years, and a single youngster is born after a gestation of about 13 months. All baby tapirs have striped-and-spotted coats for camouflage, and while they appear at glance to be alike, there are some differences among the patterns of different species. 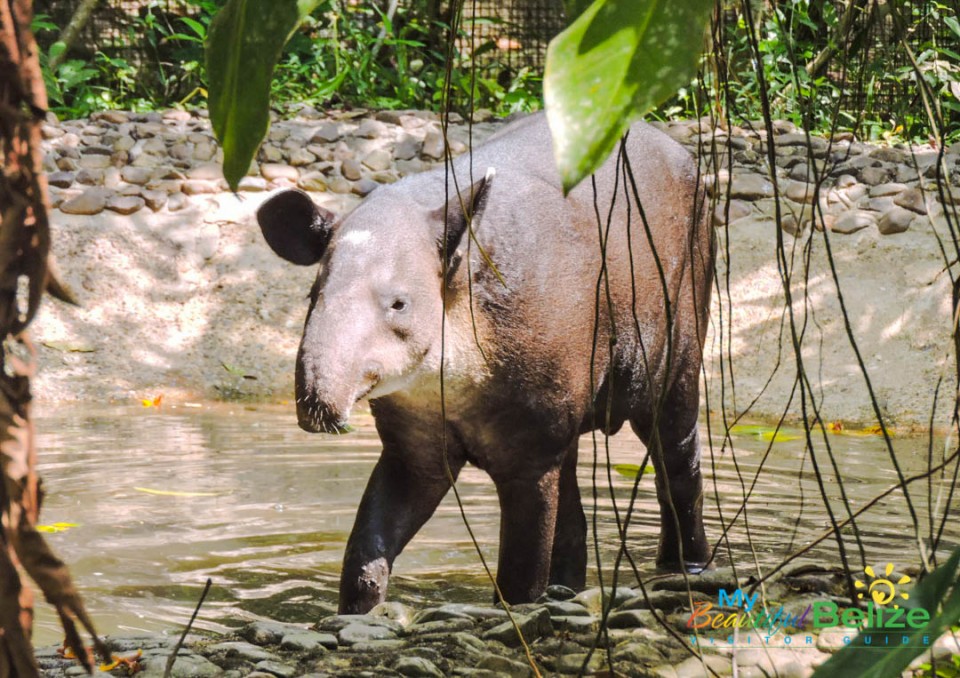 Tapirs are usually solitary except when mothers have young. They range over large territories and are excellent swimmers spending a fair amount of time in forest rivers. They are also agile climbers, crashing up steep hillsides and river banks with apparent ease. When surprised, tapirs generally head for water, but will sometimes stamp their feet loudly and sometimes whistle.

Today, there are large forest reserves in Belize to protect the remaining populations, and the tapir is found in these protected areas with the exception of Guanacaste National Park and Rio Blanco. The tapir is an extra special animal for its importance to Belize. The protection of these precious first animals is vital and we must all do our part in helping with the conservation process.