Leading female character of La Isla Bonita Telenovela, Denny Mendez is soon expecting a bundle of joy. Actress/model Denny Mendez and husband Oscar Generale, a Hollywood producer are living the charmed life in Southern California. The Italian superstar couple were spotted shopping in Beverly Hills among the famous store fronts and top designer labels. The glitz of ritzy Rodeo Drive was matched by the sparkle in Oscar and Denny’s eyes, due in no small part to Denny’s baby bump. 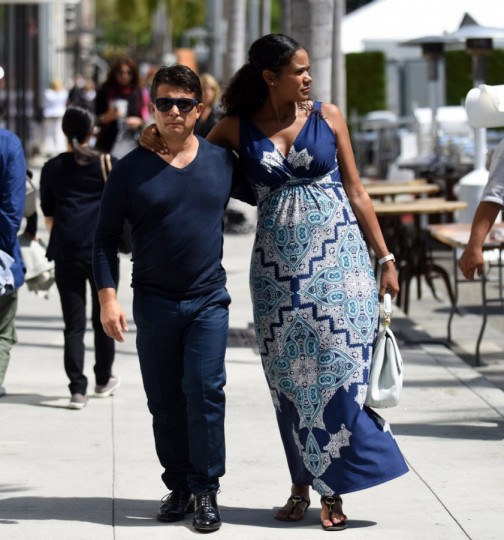 Generale and Denny took time off from the Cannes Film Festival this year in anticipation of their new addition to the family. Denny recently completed filming a promotional campaign for Festina watches with Gerard Butler. Oscar Generale was the force behind the deal. The couple will welcome their new little star late in the summer of 2016. 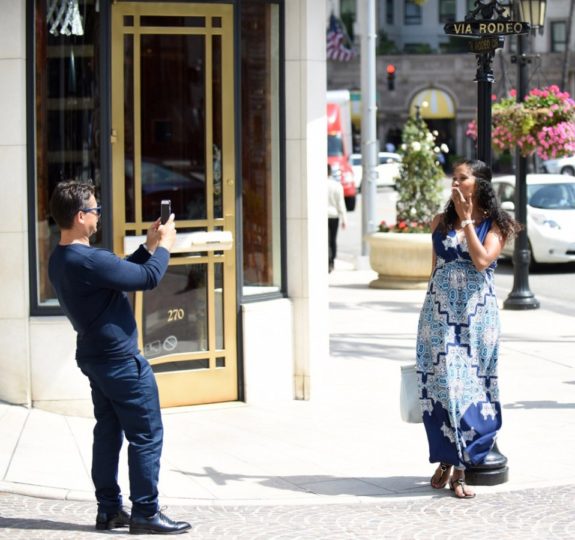 Denny is better known here in San Pedro for her role as Carolina in La Isla Bonita Telenovela which aired its first episode on September 8, 2014. While production is still ongoing for episode two of the much anticipated show, producers are hush on whether this new addition to the Generale family will result in the need to cast a new Carolina. For now we are just happy to wish Denny the very best in her pregnancy!