Belizeans who love good food all headed north to Orange Walk Town on Sunday, November 27, for the 6th annual Tacos Festival at the Banquitas House of Culture. The tacos came in all flavors and were made of “cochinito pibil”, grilled beef, pork and chicken. 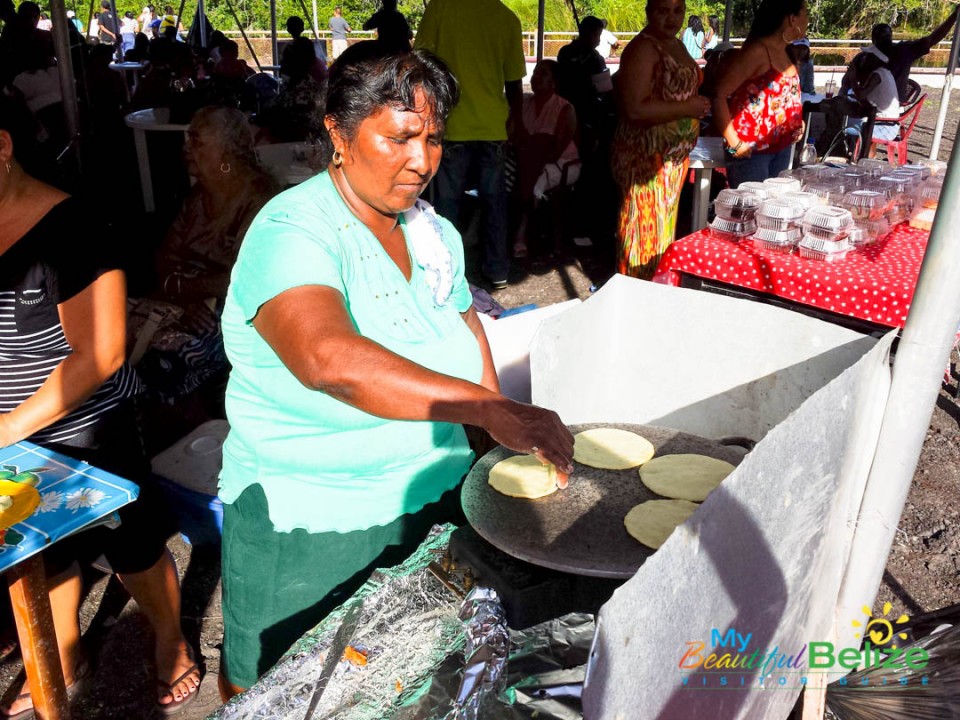 The variety and selection; you couldn’t possibly eat it all, but you were welcome to try! There was Baeza’s tacos of cochinita and chicken on corn or flour tortillas, or in toasted tortillas, Tere’s fried tacos, ‘San Francisco’ Mexican tacos, Haty’s Shmacum chicken tacos, Tortas & Tacos with Autenticas Carnitas Estilo Michoacan,Tacos al Pastor, tacos with tortillas hand-made on the comal. Nobody watching their figure or their diet here!
A hearty few accepted the challenge to show their tacos- eating prowess ina contest to see who could eat the most tacos with pepper! There were cash prizes to be won for those with the cast iron stomach to hold it all down! No points if you threw up, that’s a disqualification!All that salty food worked up a thirst, and there was also Caribbean Sunrise natural orange juice, Pepsi and Presidente Beers to wash down all those tacos! 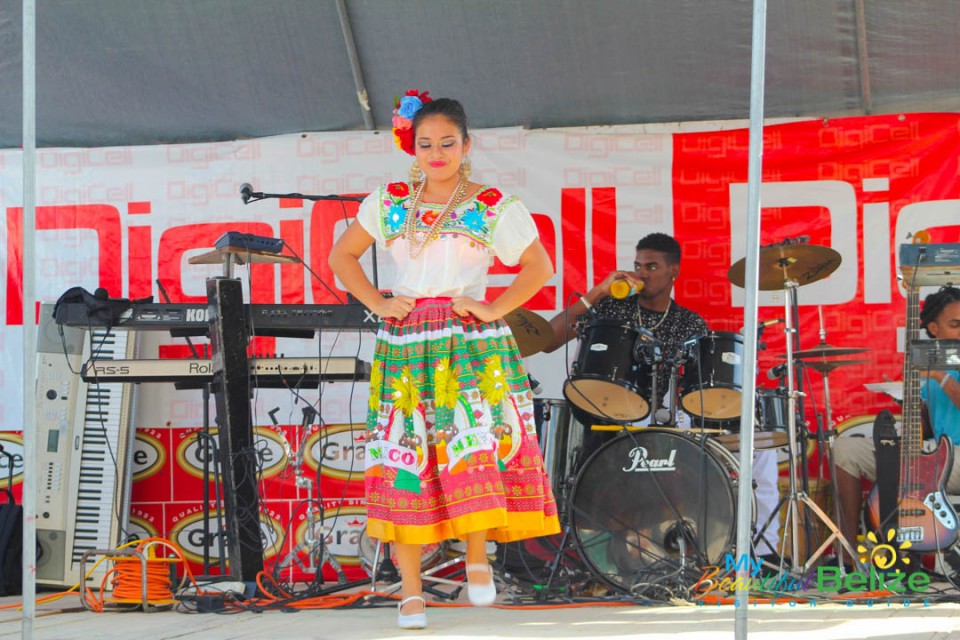 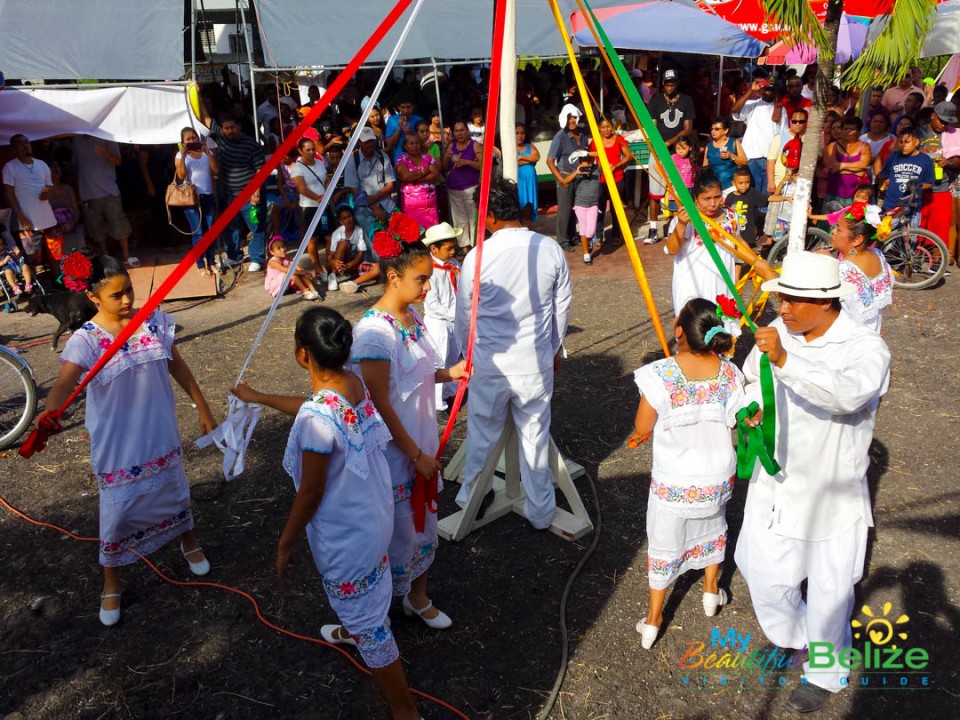 The Youth Connection band provided musical entertainment, the Orange Walk Banquitas Dance Group danced the May-pole dance, the Mexican “zapatiado” and other traditional Mestizo dances, while the public gorged themselves on the smorgasbord of tacos and quaffed their beer, awaiting the judges’ decision. 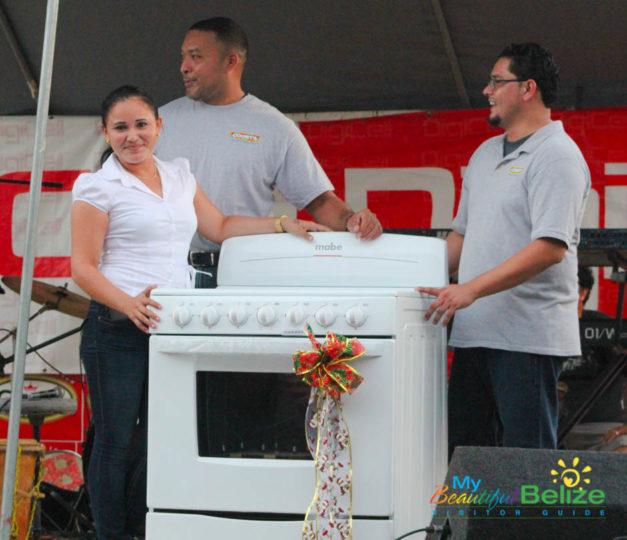 At the end of the day, Jessica Blanco of the Taqueria Alicia Chitos won the 1st prize of a brand new MABE stove from COURTS Belize for the best chicken tacos. COURTS’ Sylvestre Catzim and Cindy Rivero of Banquitas presented Jessica with her stove and Grace Kennedy Belize Ltd also offered a gift basket prize for Blanco.
The public also got to vote for a “people’s choice’ taqueria, which won an electric grill from COURTS, and a $200 cash prize from the organizers.