For nearly two years, I’d been envisioning my return home. My head has been filled with fantasies of hot corn tortillas straight from the firehearth, maybe some local chicken escabeche, definitely bollos, k’ol, fresh local eggs, and a walk or two up and down the hills before going back for round two. I mean, doesn’t everyone pretty much regress to gluttony when they go back home?

Okay, so I also wanted to catch up with family friends, hang out with some of my cousins who went from diaper buddies to pretty cool grown-ups. Oh, and there was this event happening called “Uh P’eh Ki’n Ich Tanah” – A Day in San Antonio. Thanks to Tropic Air, my arrival took little time with a direct flight to Maya Flats. A cab and short bus ride later, and I was back in my natal village. 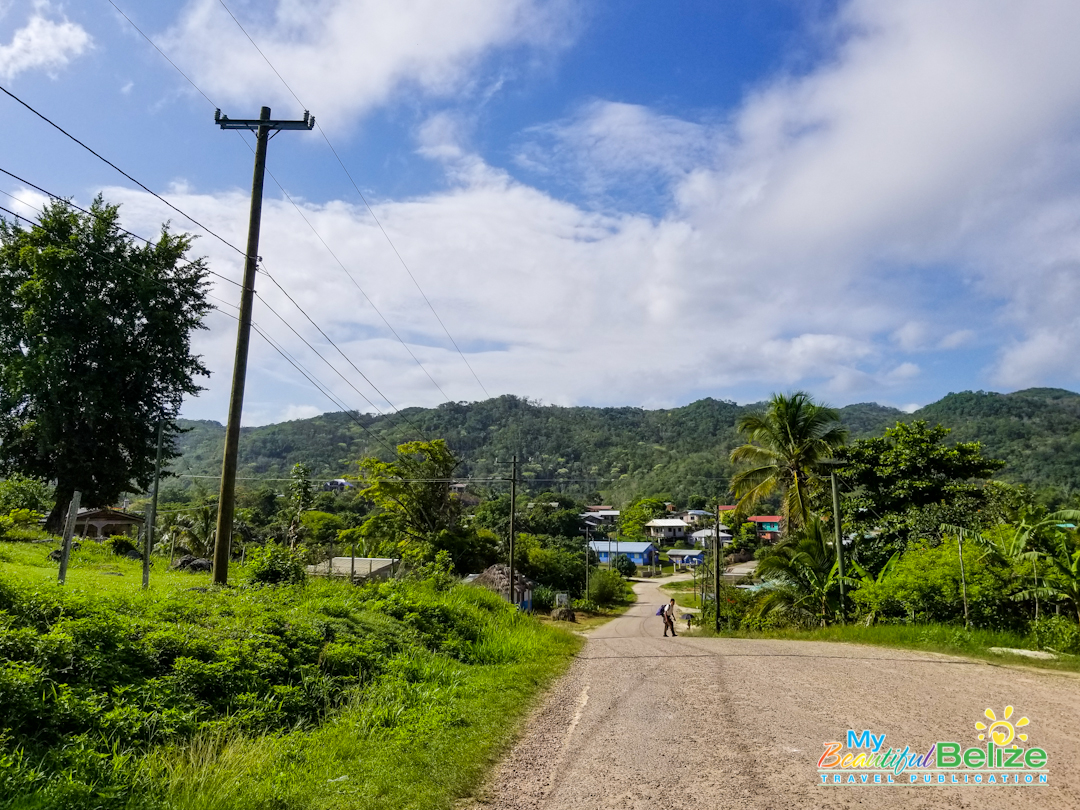 San Antonio Village in the Cayo District is, in my very biased opinion, a stunning little community. Also known as Tanah, she is nestled in a valley, surrounded by peaks and mountains that can tell you when the rains will start, that keep a running soundtrack of birdsong, and give you fresh air that can’t compete with anything. 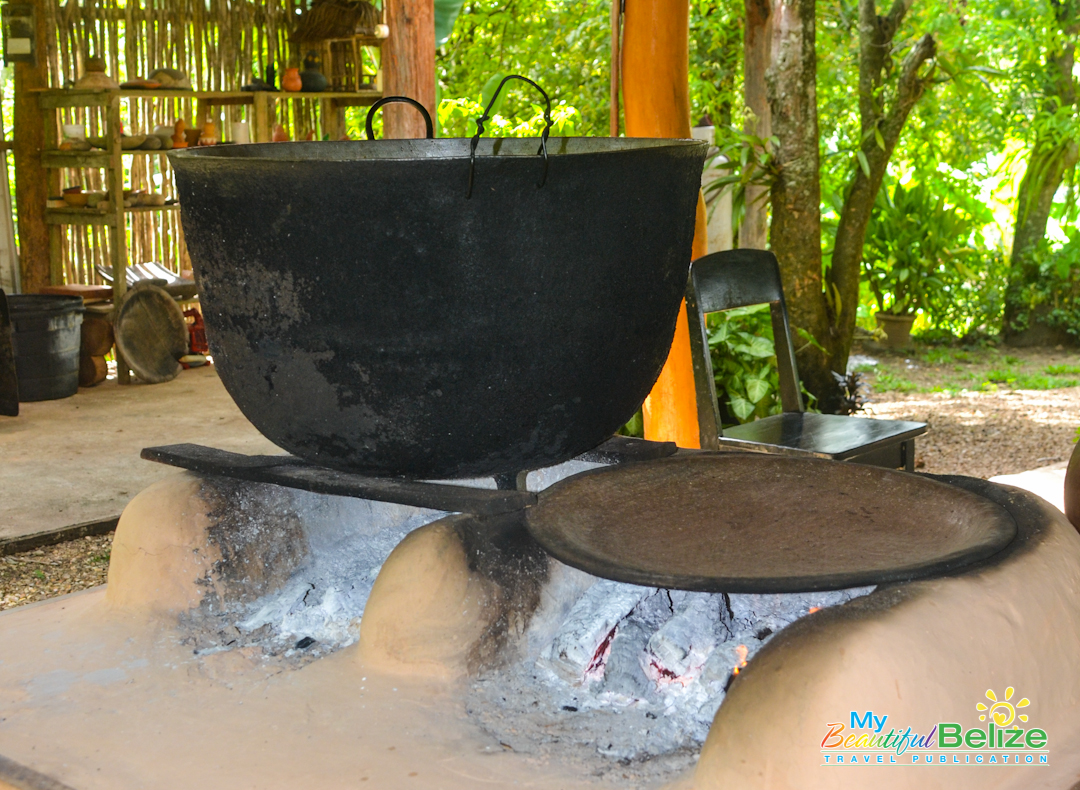 When you hit the first hilltop leading down into the village, she spreads out far and wide, smokestacks spilling from the old-fashioned fogons (firehearths) where hot fresh flour and corn tortillas are being made by hand. Cows and horses graze in pastures, some plots of land are in grids with a bounty produce (mostly peanuts), and trees and flowers fill most yards. 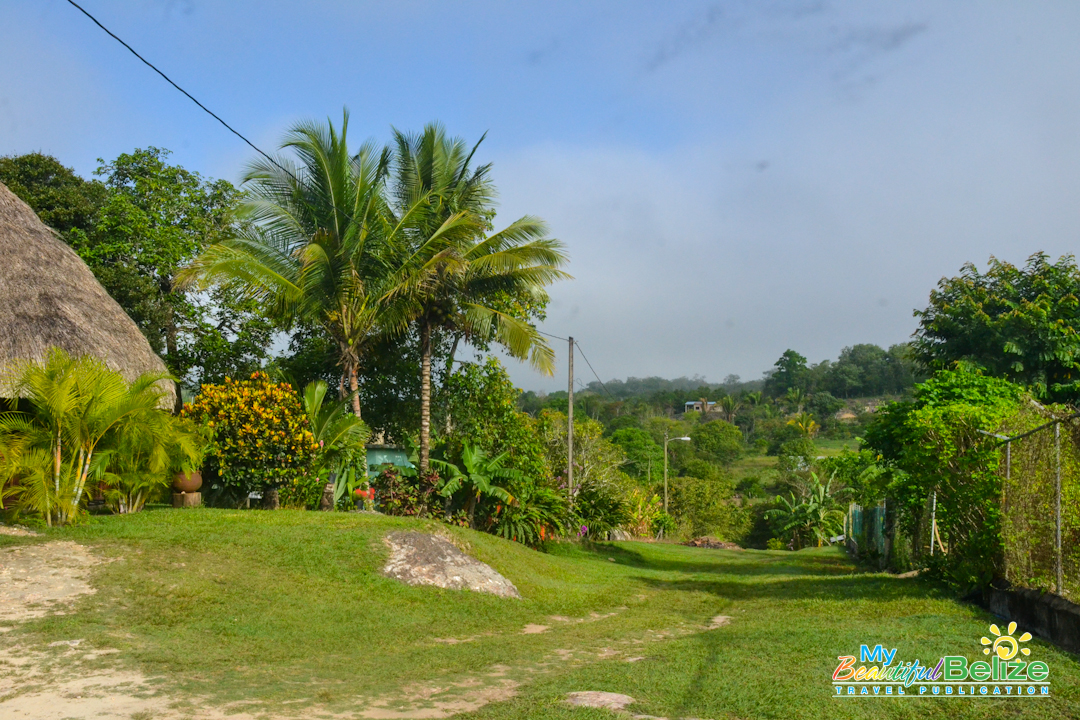 What Tanah is for me however, is home. Born and raised there, my ‘tuch’ (navel) is buried somewhere in that valley. It is in Tanah that I ran away from my house at 3, eager to go to school. It was in Tanah that I learned how children are the best ambassadors of humanity.

The words were confusing, but not unfamiliar. They were Mayan. It only took a week, but a gaggle of curious village children found themselves embracing this brown-skinned, curly haired little girl. I learned their language, and in the process truly came into my culture. That part of me remains a source of great pride, and thus to Tanah I returned. 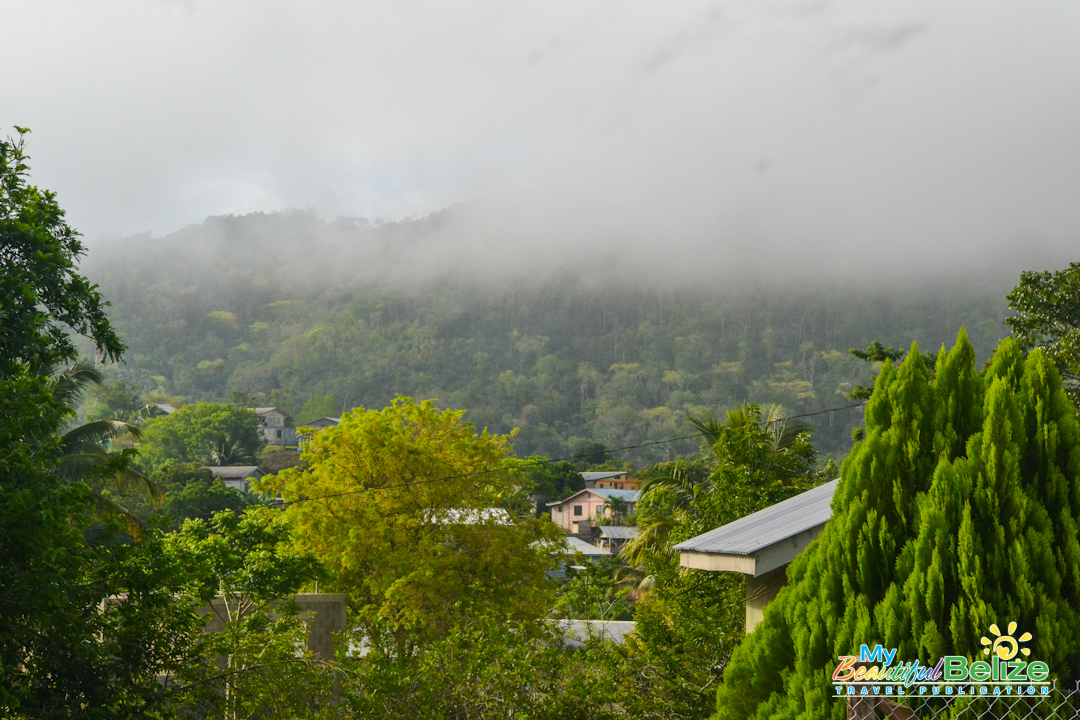 The people at Ask & Belize organized a day celebrating the awesomeness of this gorgeous village, focusing on her Yucatec Maya people, the food, the art, her location and her history. Tanah was home to one of the most famous medicinal Shamans of Belize: Don Elijio Panti. Tanah also raised the slate-carving Garcia Sisters. She has a minor archaeological mound at her outskirts called Pacbitunich (planted stones), and an honorary medicinal trail/reserve has been named after Don Elijio. Her current inhabitants continue the tradition of upholding the San Antonio name. 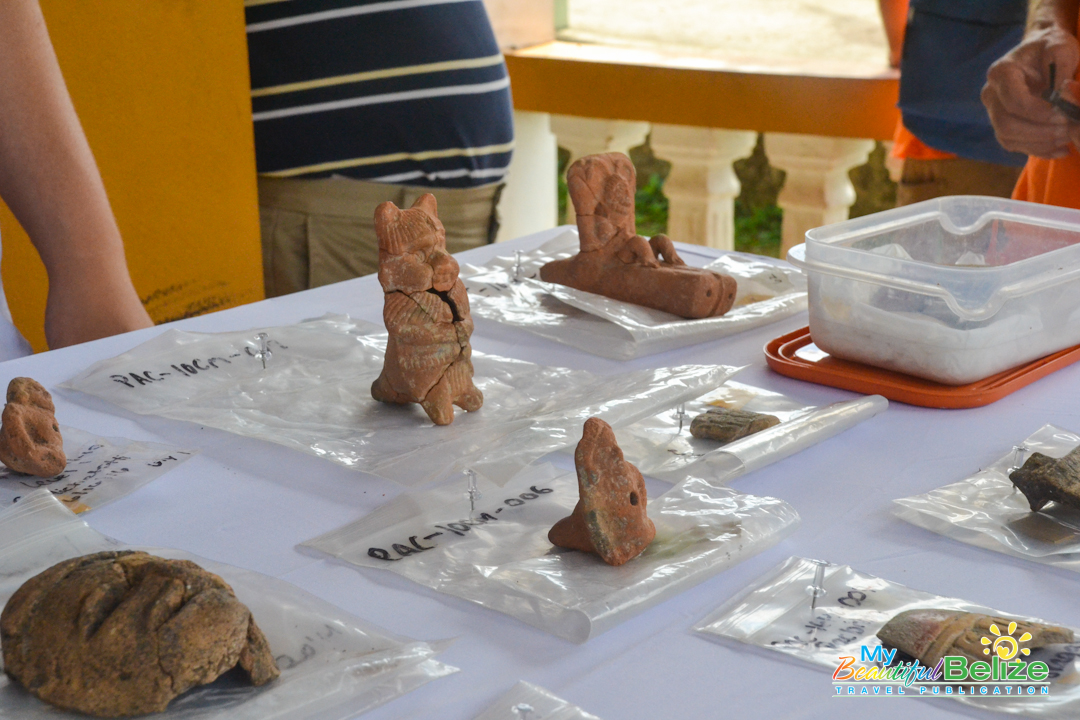 The big day dawned hot and sunny, and I wondered out loud if the day would fulfill its ambitious planned schedule. I clearly had been away for too long, as I apparently forgot how hard-working the people of the village are. By the time I made the trek into the venue, tents had been raised, booths prepped and laid out, archaeological artifacts were on display, and a bike race route mapped and marked. Doctors were offering free medical care, and lines were formed already. Artwork was on display, labeled in both English and Mayan, teaching about conservation, preservation and education. 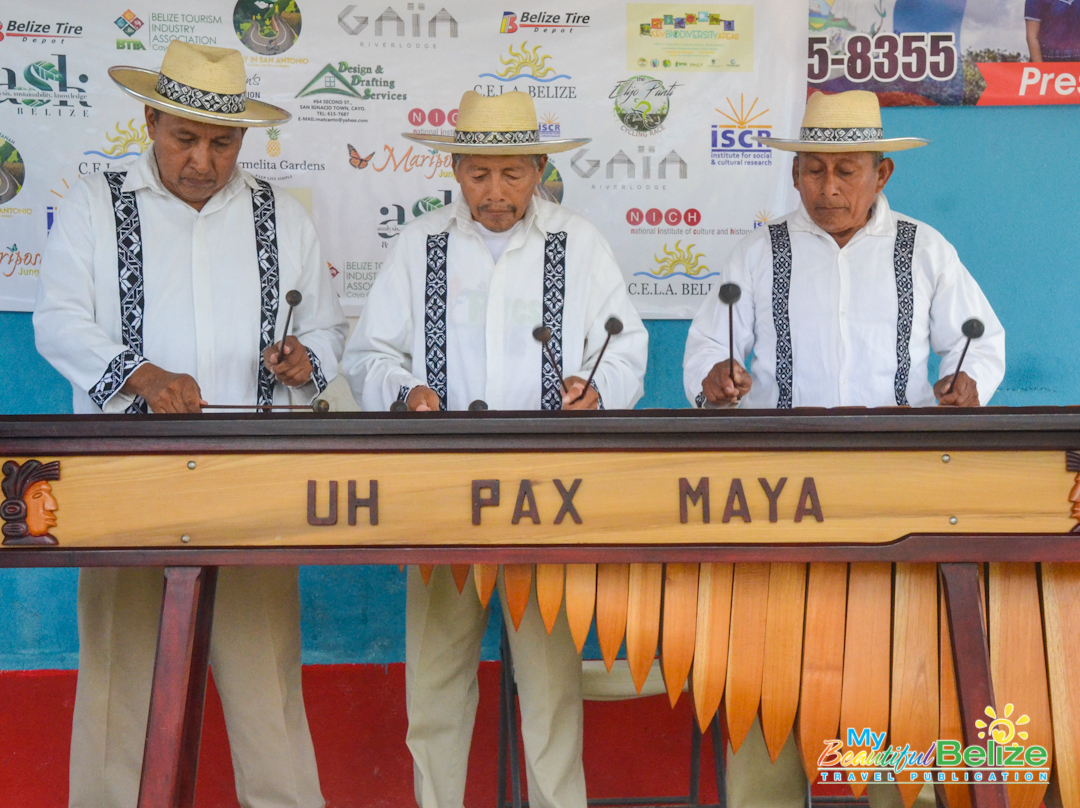 On stage a group of elder men played on the marimba, the sweet tinkle of music providing the background music for a day of recognition. Cultural dances featured young children in traditional outfits. 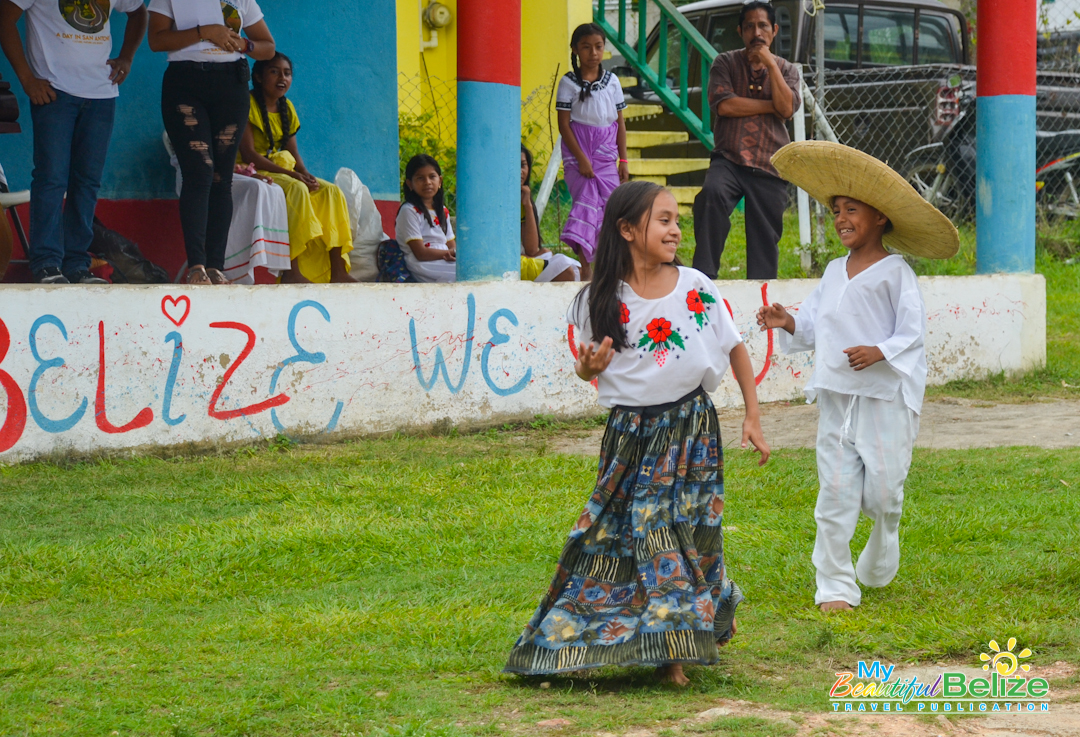 I was taken back to that moment I was accepted despite my difference when the dancers switched from Mestizo dances to the effusive punta dance of the Creole culture! That then segued into a hog head dance that featured three generations entertaining an amused crowd. 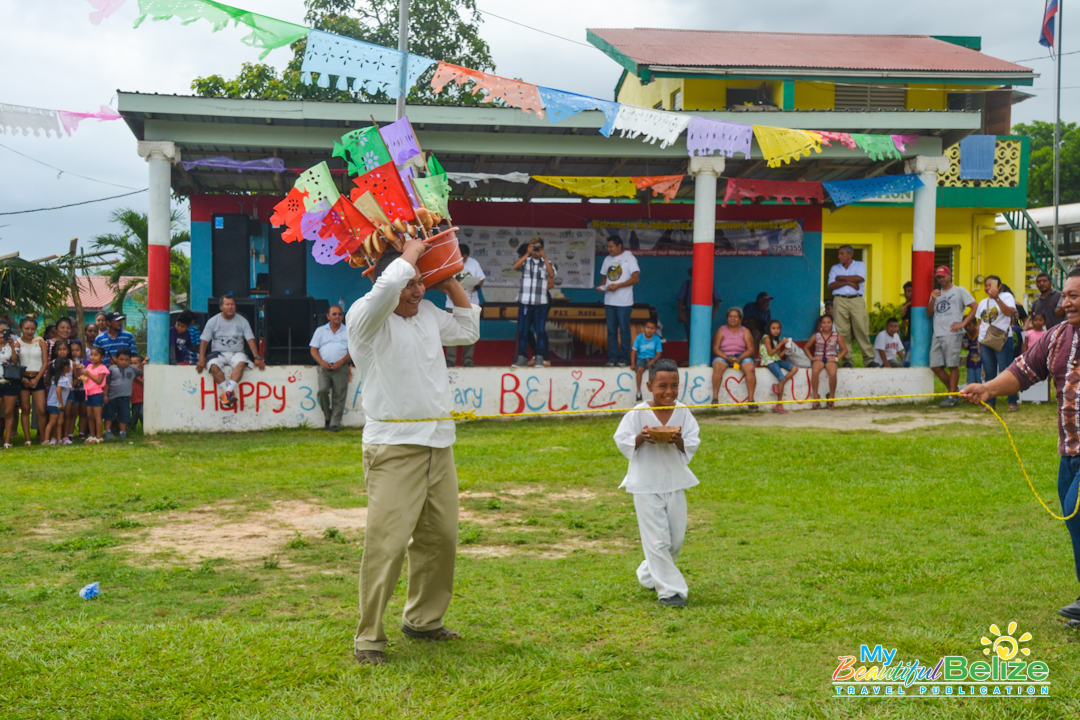 Food booths sold delicious local chicken escabeche, pork pibil, barbecue, tamales and more delicious local fare. Curious tourists and other Belizeans from near and far dropped in throughout the day to witness a celebration of all things San Antonio. 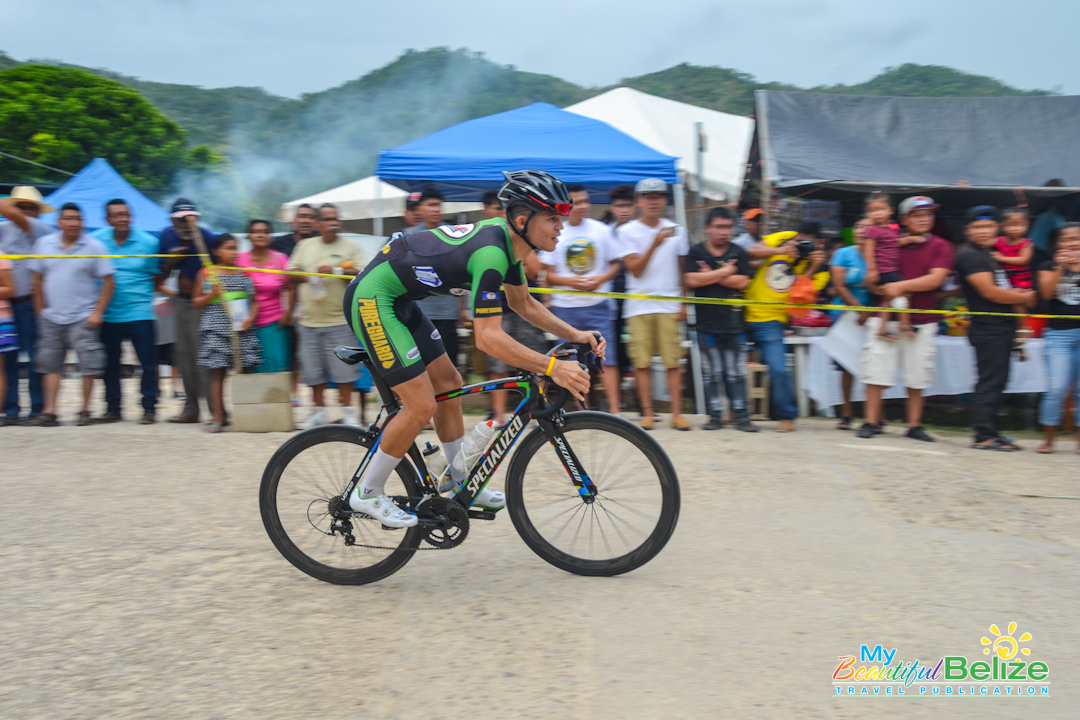 The highlight of the day, besides the bicycle race, was a fantastic demonstration of the Maya ball game Pok Ta Pok. 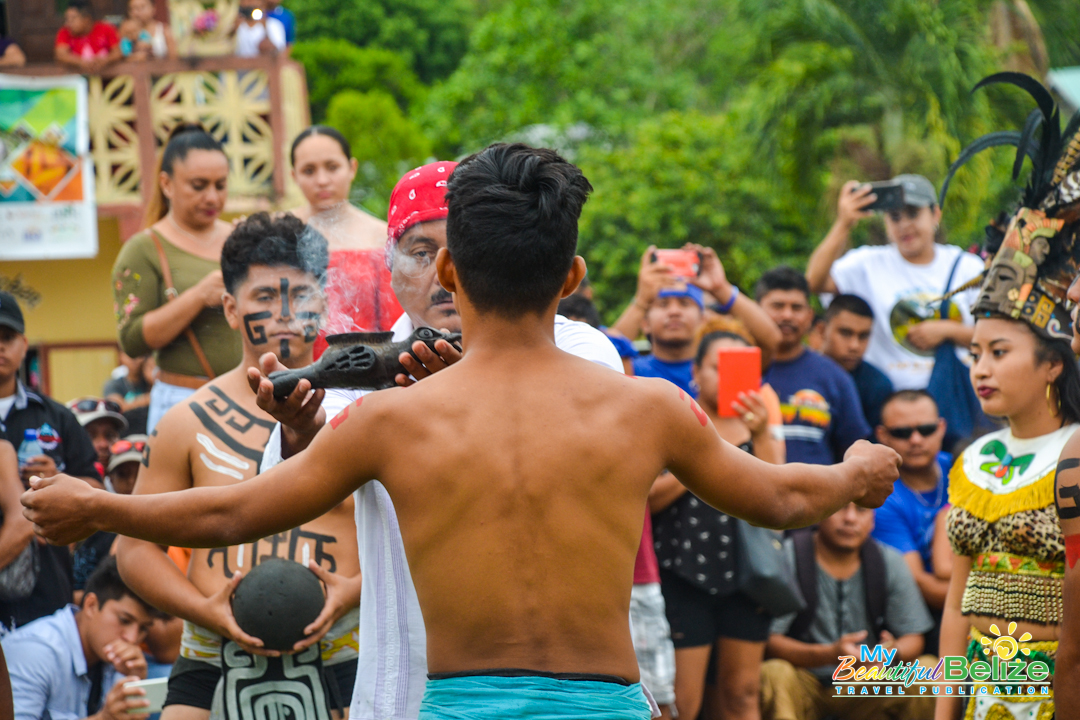 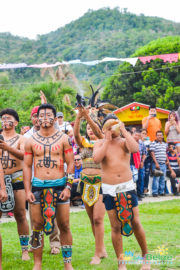 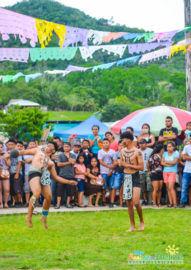 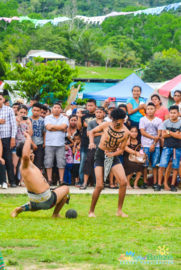 Curious children and teenagers eagerly joined the fray afterwards to attempt a few plays of their own.

All around, I could see a mixture of people filled with curiosity and eager smiles. Their voices mingled Creole, English and my beloved Mayan. The photos I snapped showed me the faces of a people who had evolved over the years. 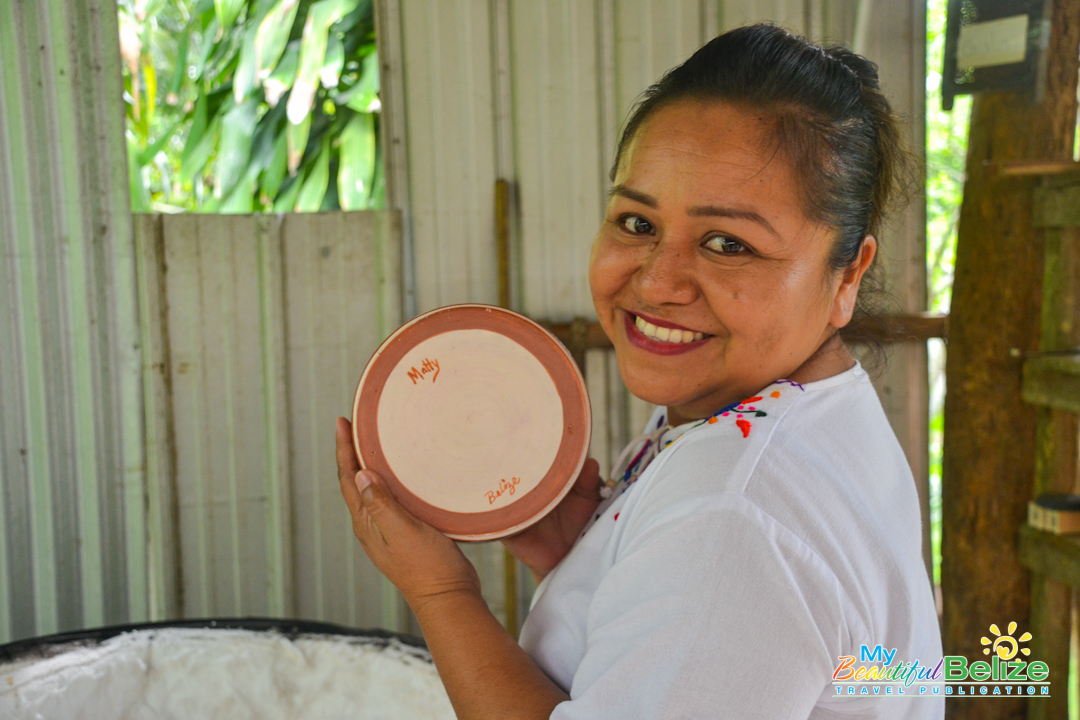 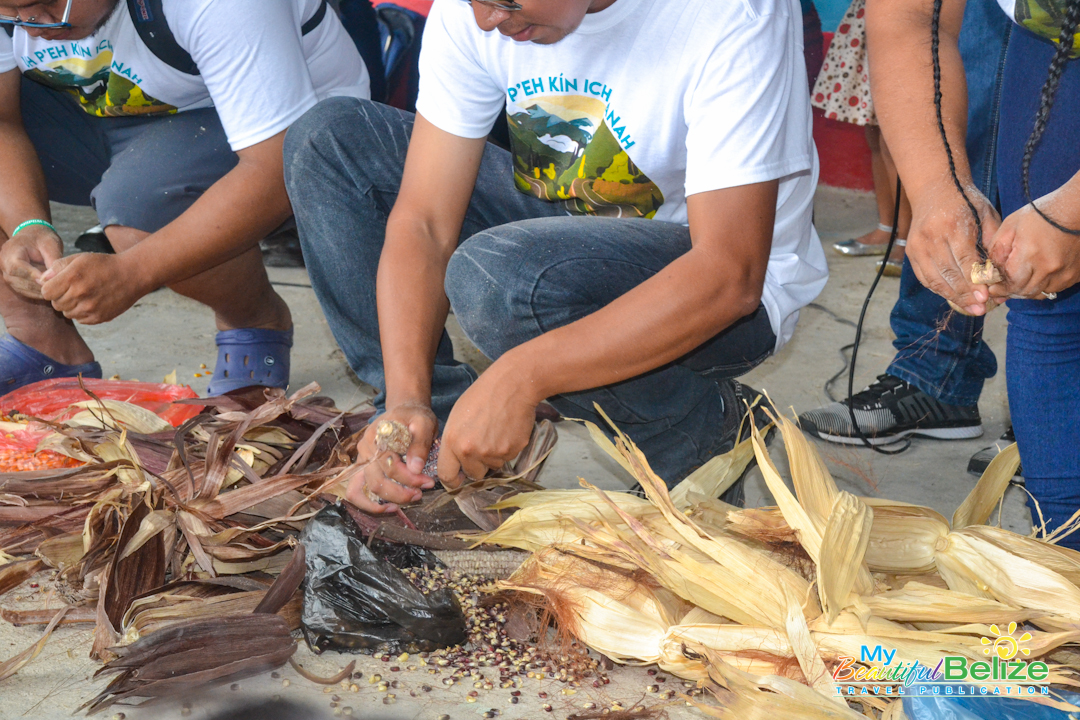 They were welcoming, proud to be San Antonio residents, and most of all, proud to be Maya. It didn’t matter the number of years I’d been away, the language returned with ease as I spoke to a few of my elders. I too am proud of my Maya heritage, but most importantly, I’m proud to be from Tanah.