If ever you’ve walked around Belize’s rainforests, or even just thickly overgrown backyards, chances are you may have stumbled across a line of ants marching in line, carrying bits of leaves with them. Their cargo is often many times their size, yet they march on. Curiosity often has us trying to follow their trail, but unlike these industrious ants, we give up the search before we find their mound. Those who don’t give up however, have a fascinating tale to tell. And, when more than two complete strangers tell you the same story, it’s probably best to believe them! 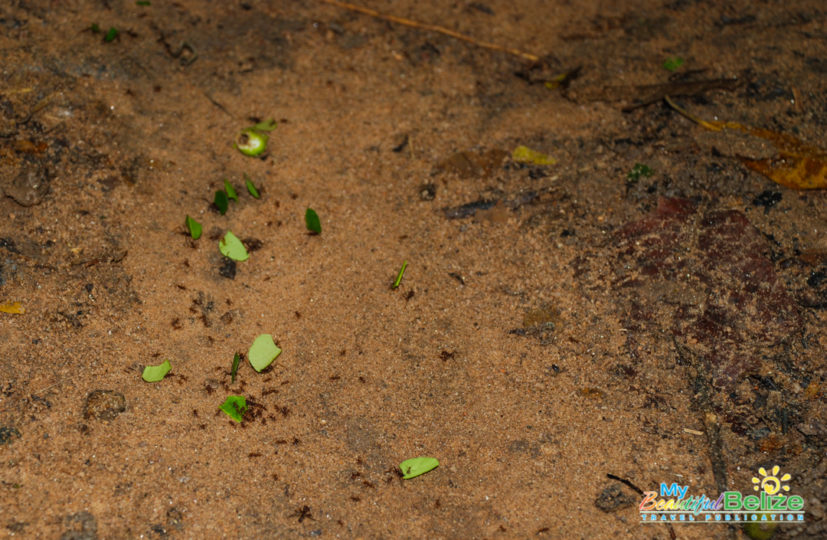 The story goes that these ants – leaf cutter ants – are the predictors of rain. Much like our meteorologists of modern times, the accuracy leaves something to be desired, but the chances of rain after seeing a line of dutiful ants and their cargo is between two to three days. Those ants carry a specific choice of leaf to their nest, which can grow up to 100 feet across!! Soldier ants stand guard at the entrance of the nest, ready to inspect the foliage before allowing them inside. If ever you see an ant headed the opposite direction, it is because it chose the wrong leaf, and now it is taking it back where it was found. 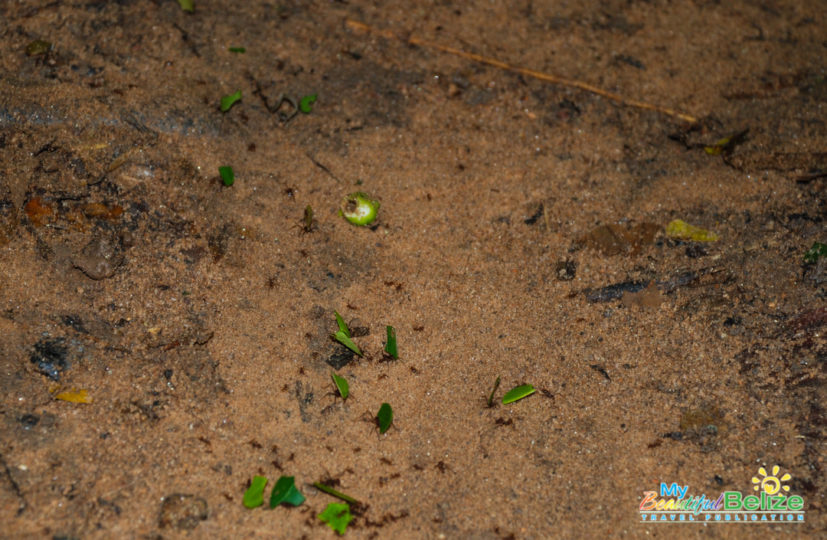 The leaf cutters quickly pile their cargo up in their nest. Then two to three days later, the rains arrive, soaking the pile and causing a fermentation process to begin and they can cultivate mushrooms to eat. It’s incredible that ants can tell when rains are about to come…perhaps it’s a distinct change in the air…perhaps their feelers pick up some magical message from up high…whatever it is that they do, it works for them!