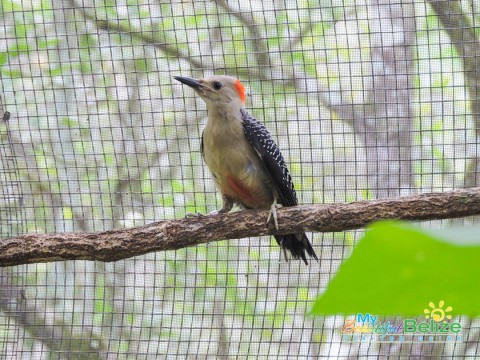 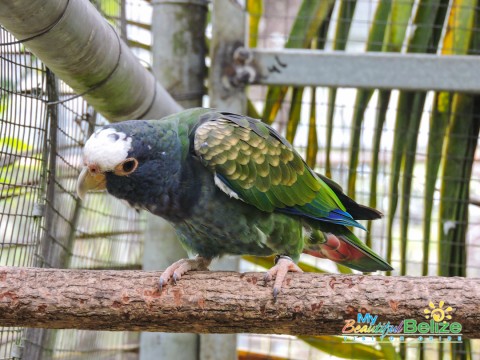 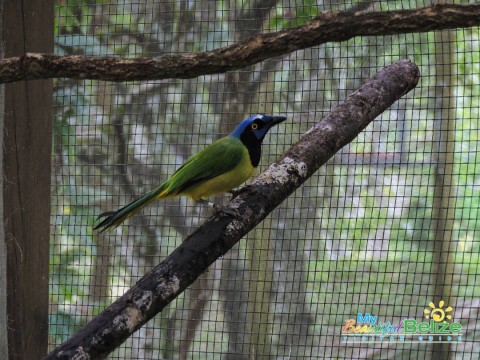 The country of Belize is blessed with a bounty of beautiful animals. Some may be rare and exotic, some may be as common as an iguana, but regardless of who the creature may be, it is safe to say that in a time of need there is most likely an organization in the country ready to come to its rescue. Working under permits issued by, and in partnership with the Belize Forest Department (BFD), these non-governmental organizations are powered by dedicated professionals and volunteers who selflessly come to the aid of everything from manatees to monkeys to turtles, sharks, tapirs, crocodiles, anteaters and yes, even iguanas! Often working together within the Belize Wildlife Conservation Network, these groups readily assist one another when getting an animal in-need to the right organization. 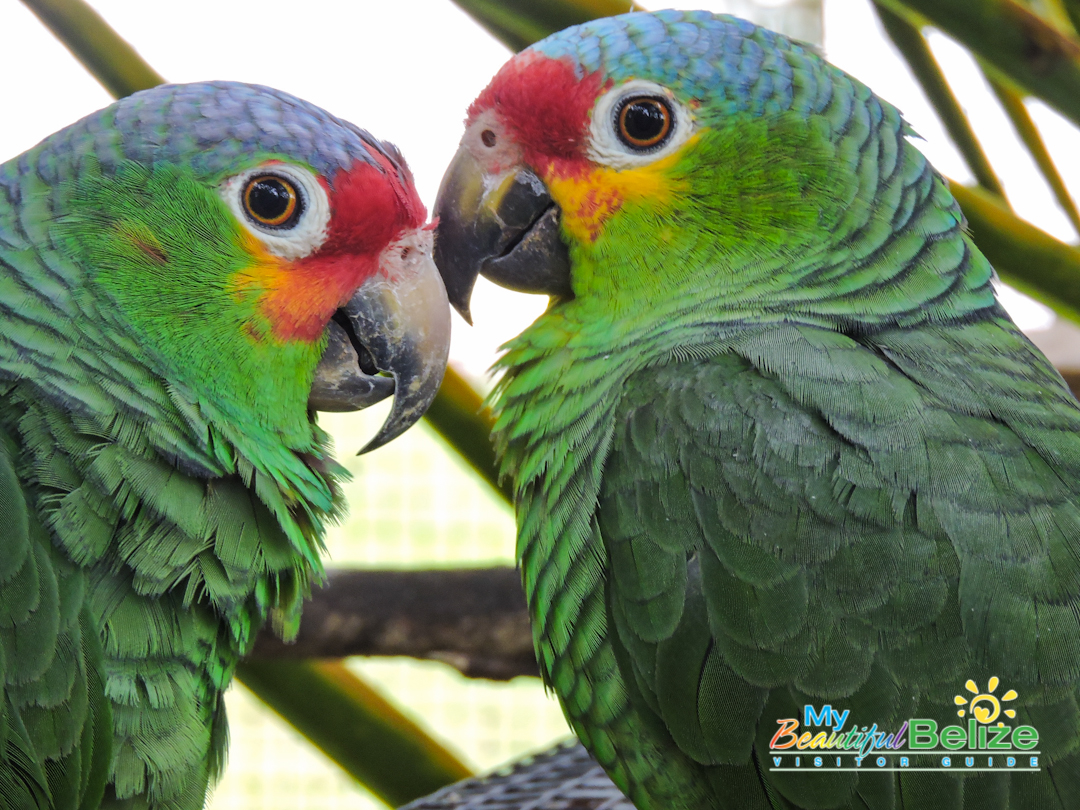 Many of these non-profit organizations originated from a series of serendipitous circumstances that changed the lives of their founders forever, and more often than not it was the animals who found them…not the other way around! Such is the story behind the Belize Bird Rescue (BBR) Avian Rehabilitation Centre & Bird Sanctuary. 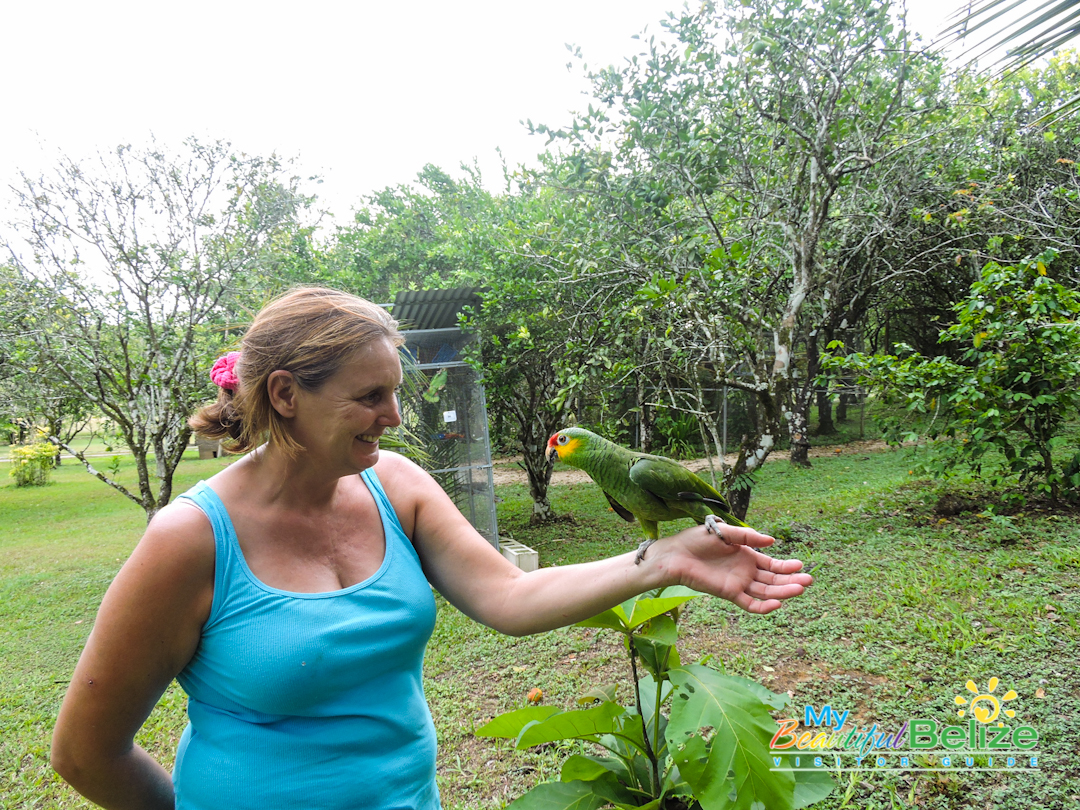 Founded in 2004 by Nikki Buxton and Jerry Larder, the British couple originally moved to Belize from Trinidad with the goal of retiring. They purchased several acres in the Roaring Creek area just outside of Belmopan and were ready to relax and enjoy the good life of country living when fate slowly redirected their plans. As chance would have it, locals were bringing Nikki injured animals in hopes that she could treat them. Over time, and with a lot of research, she became quite good at fixing up injured birds, housing surrendered parrots and rehabilitating proper candidates for wild release. It wasn’t long before her lovely countryside property started sprouting habitats and aviaries for these wayward birds. 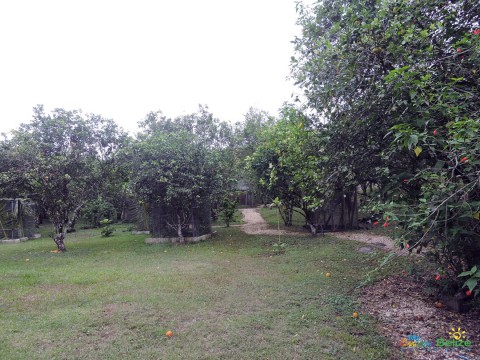 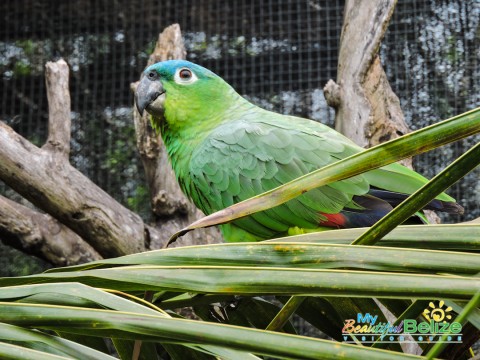 My Beautiful Belize (MBB) recently had the privilege of touring the Belize Bird Rescue, which is only open to the public by appointment. Buxton personally introduced us to the beautiful birds in her care and shared with us the amazing program BBR has evolved into. From education, to conservation and rehabilitation, BBR staff, interns and volunteers are responsible for countless success stories. Of course we had 101 questions for the very busy Buxton, and we thank the Patron Saint of Feathered Friends for taking the time to answer our queries!
MBB: We know that it is illegal to keep wildlife as pets in Belize and parrots seem to be very popular pets, often pulled from the nest when they are just blind, naked babies. The ones that survive the ordeal (many do not) can grow up in less than ideal conditions. Would you say the majority of your long-term parrots are BFD confiscations and rescues, or are they surrendered from owners who cannot properly care from them? Is it possible for someone to adopt one of these parrots if they were equipped to care for one?
Buxton: I would say the long-term birds are 75% surrenders, 25% confiscations. We are currently working on a foster program for the ‘special needs’ birds with the BFD and hope to start that program by the end of the year/ start of 2016. 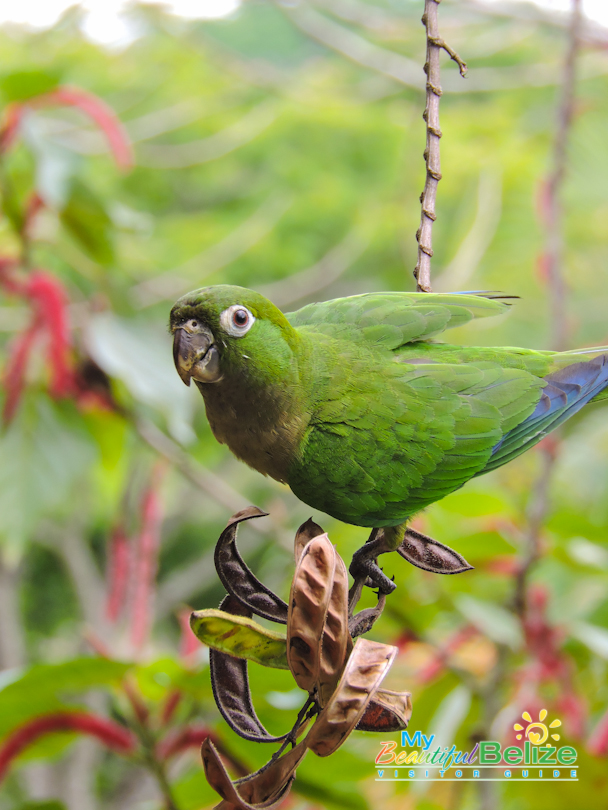 MBB: Is it true that parrots are highly intelligent and impressionable? When they are raised in a cage do they lack survival skills and will seek out humans as well?
Buxton: This is correct – they will seek out humans as a food source – however badly they have been treated or neglected in captivity, they only understand that humans bring them food. When we introduce former captive parrots raised in isolation to one another, they will initially gravitate toward the person bringing food, but as time goes on, they form pair bonds or groups, and they wait in the higher roost spots of the enclosures until we leave before coming down to the plates to eat. We also use the high feeding platforms in the rehab flight aviary to mimic a more natural feeding position – parrots would not usually come down low for food especially if there are humans around. 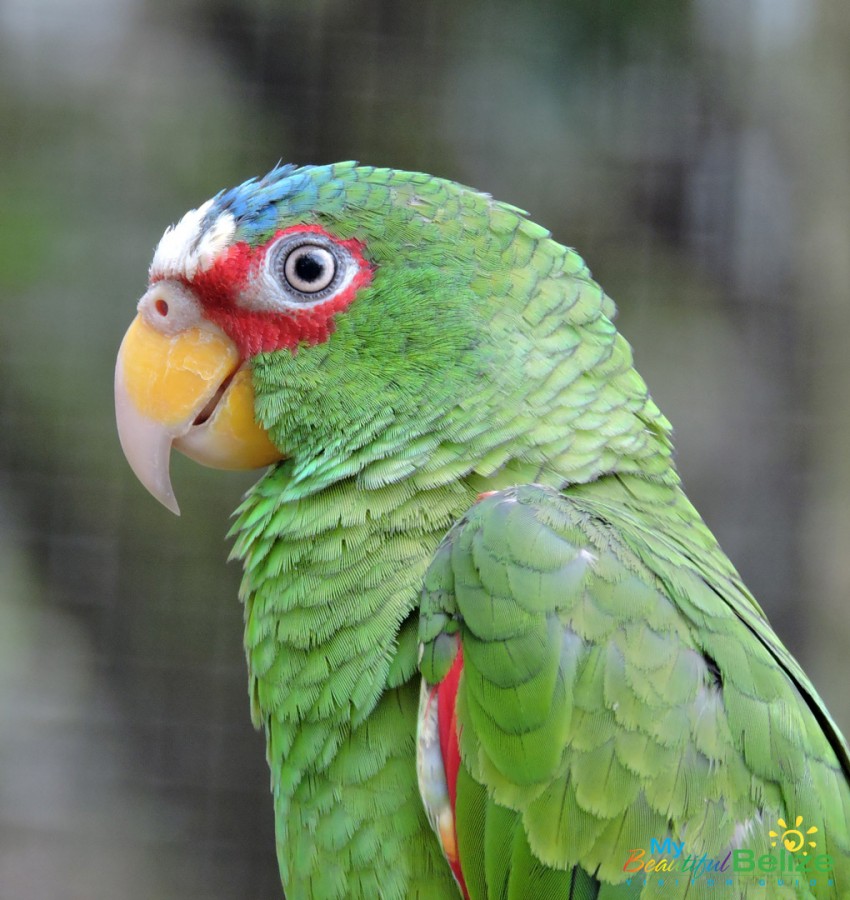 MBB: So you can’t just let them go?
Buxton: When a bird is taken from the nest, usually their wings are clipped (and have been since they were babies) which means they are incapable of surviving in the wild: they won’t know how to fly maneuver, land, take off well enough to avoid predators and keep up with a flock. In addition, their muscles would be weak and under-developed. It’s rather like preventing a human toddler from walking until he is 6 and then expecting him to run a mile. The parrots must have the time to grow a full set of flight feathers and learn to use them – hence our flight aviaries.
MBB: How do you determine which ones are good candidates for wild release and which ones are hopeless?
Buxton: The only hopeless birds are those with physical deformities that prevent safe flight. Many ‘crippled’ birds can survive on soft release around the center – we have several right now doing exactly that. It’s the best life they can hope for and it’s way better than life in a cage. If a bird is fit and healthy, there is always hope for release: even the most habituated birds can revert back to wild state. 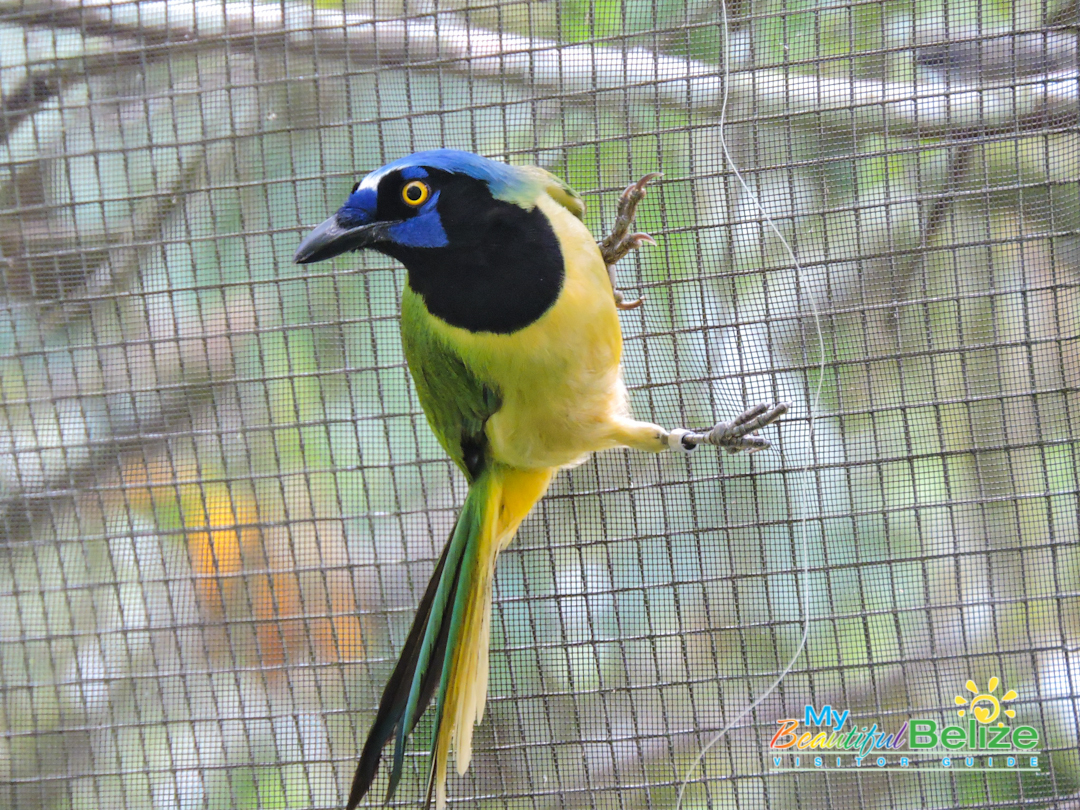 MBB: What is the success rate for your wild releases?
Buxton: We can end up recalling 1 or 2 in a group of 20, sometimes none. We band all of our birds so we get a head-count periodically. We know of one or two that have been predated over the years, and several have stopped coming around the release site, but for the most part they have formed a nice cohesive flock and remain in the area. We have seen wild babies from our releases three years running now. We also have to be careful of introducing disease into the already-critical wild populations, so other than the hand-raised at-risk babies, we need to do extensive tests on the potential releases.
MBB: What types of parrots do you get the most? Are they all native to Belize?
Buxton: Most of the birds we get in are red loreds or white-fronts – and the majority of these are fit for release. The yellow heads are the ones that we find hardest to rehab for release as they do habituate so well. (Amazona oratrix ‘amazon who talks’ so they are the most sought after for the pet trade). We have seven of the nine species that live in Belize, and they are all IUCN (International Union for Conservation of Nature) listed in one way or another. We also have two non-natives. 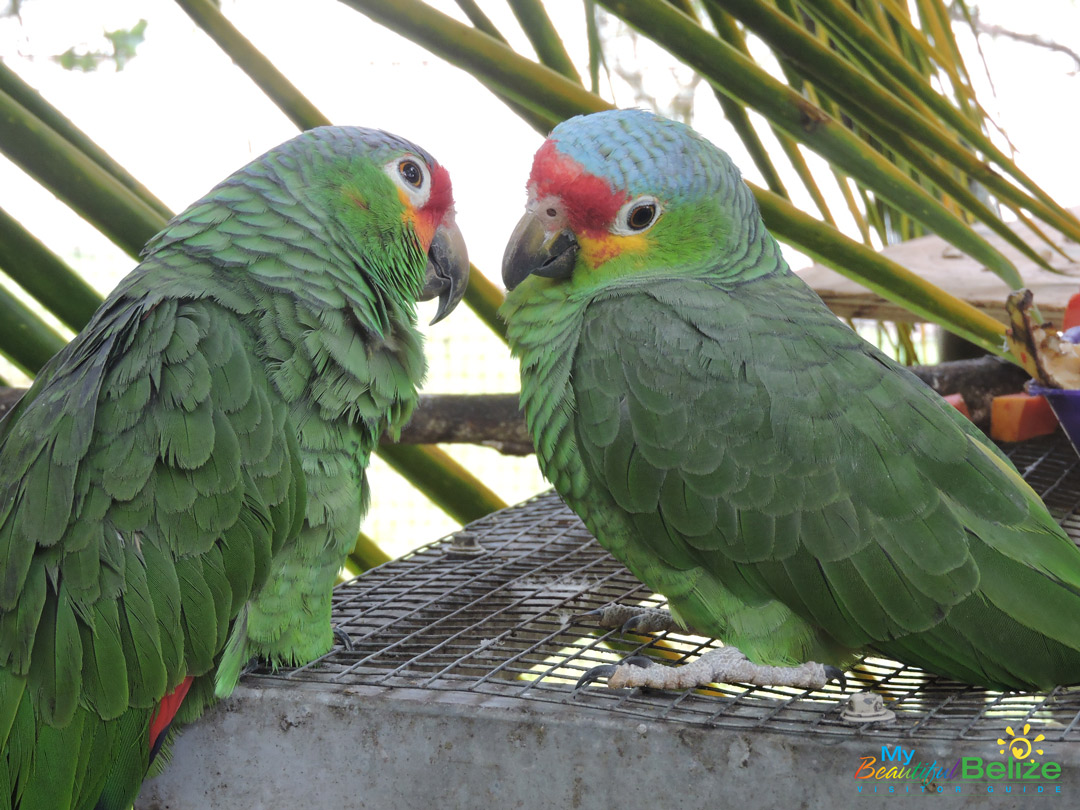 MBB: How long do they live?
Buxton: The lifespans vary with species – the tiny parakeet is around 15-20 years, the medium white-front size is 45-50 years and the bigger ones 70-80yrs with the mealy blue-heads topping at 100 years.
MBB: Approximately how many parrots are in your care right now?
Buxton: There’s 176 parrots here right now – 75% are releasable, hopefully within the next 12 months. There’s 195 birds in total at the center, which include raptors, owls, waterfowl and passerines (perching birds).
MBB: WOW! Caring for all these critters must be expensive! Do you have a rough estimate of what it costs to feed them each month? 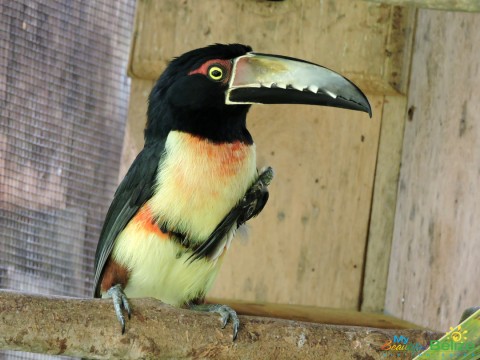 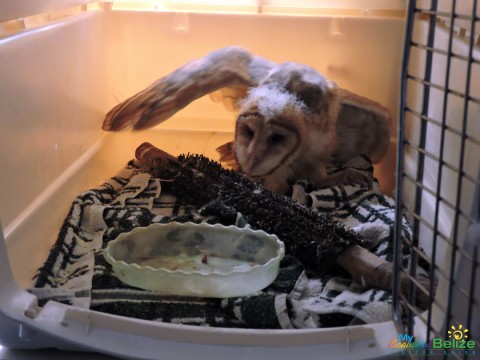 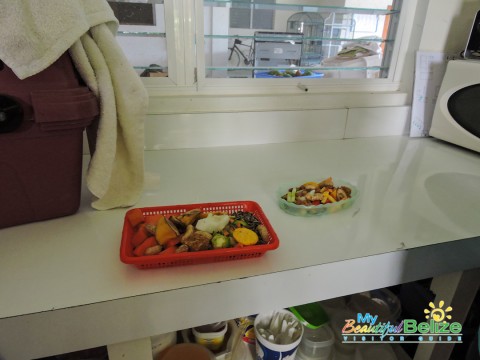 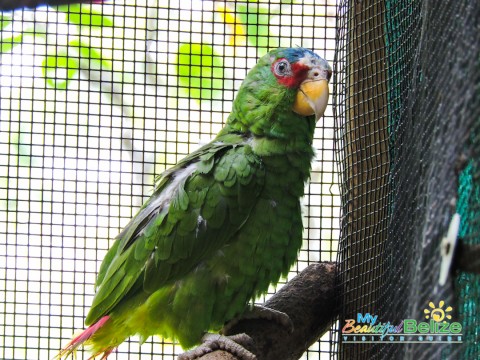 Needless to say by the end of our tour, and making some new feathered friends, we were more than impressed. How fortunate Belize is to have an organization so dedicated to protecting our avian wildlife, and with only the funds of grants and donations! To learn more about Belize Bird Rescue (and how you can support this more than worthy organization) please visit their website at http://www.belizebirdrescue.com.