An integrated approach to conservation of the Belizean Rainforest 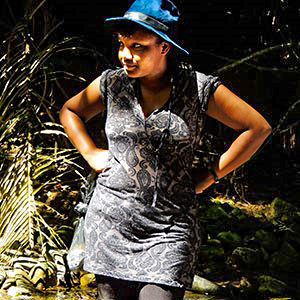 Ornella “Nelly” Cadle, a field course leader at the Belize Foundation for Research and Environmental Education (BFREE) station, grew up in the Bladen Village. She spent her childhood surrounded by the vibrant Belizean rainforest, living with thousands of colorful plants, a myriad of unique mammals and numerous endangered species. Yet, she did not fully understand or appreciate the diverse organisms around her until she began working at BFREE.

Cadle joked that for much of her life she thought that the jaguar tracks she had seen were just from dogs. She loved watching the vibrant birds in her village but could only identify them by their features and sounds, rather than specific names.

In 2014, Cadle was hired to guide education programs in the rainforest around BFREE. Once at BFREE, Cadle began learning about the rainforest and the ecological roles of the organisms within it. She also learned to identify each of “her” birds by their names. “It’s no longer just something I fancy,” Cadle said about how her curiosity for the rainforest has now developed into reverence since working at BFREE.
BFREE is a private research and educational facility that was established by Jacob Marlin in 1995 to develop a program to conserve the Bladen Nature Reserve. This organization has changed the way Belize approaches conservation by educating the local people about their environment and getting them personally invested in the protection of it. “In order to make a difference you must get involved with the community and people,” said Michael Dobbins, a Ph.D. researcher who works with Cadle in the rainforest around BFREE. 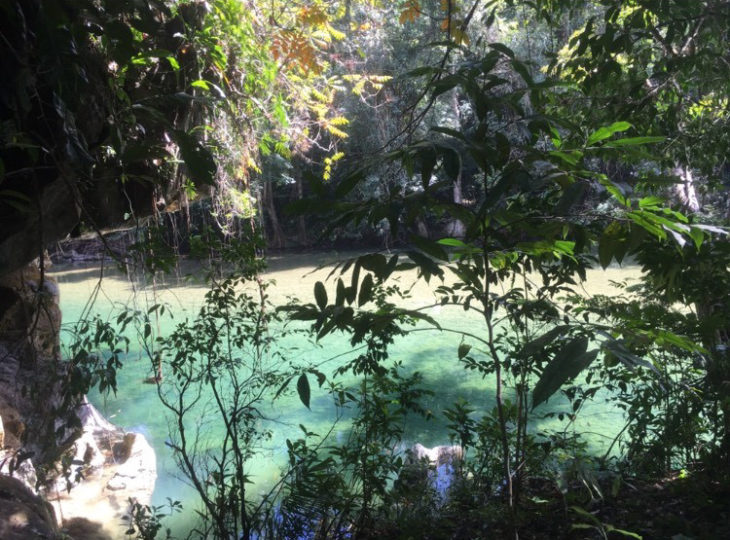 When Dobbins first started researching terrestrial mammals in Belize, conservation seemed to be done on a strictly academic level. Collegiate researchers came in, completed their project and then wrote a scientific paper to be published. But that wasn’t enough to encourage the community to join the conservation efforts, Dobbins said.

The locals respect the wildlife, Heather Barrett, deputy director of BFREE, said. Unfortunately, they also need the wildlife for food and money, making it hard to balance conservation with the community’s needs. However, if you understand the local people and their motivation for doing things, you will have an easier time showing them how conservation directly affects them, Dobbins added.

BFREE trains local citizens to identify the organisms that they share the environment with and use as resources to sustain their community. BFREE provides eco tours, field courses and outreach programs to educate people about the rainforest. This training not only informs the citizens about what is around them, but it also allows them to develop a personal connection with their environment. Integrating the community into conservation efforts and helping them foster an interest in their environment has proven to be a sustainable and effective way to protect natural resources for the long term. 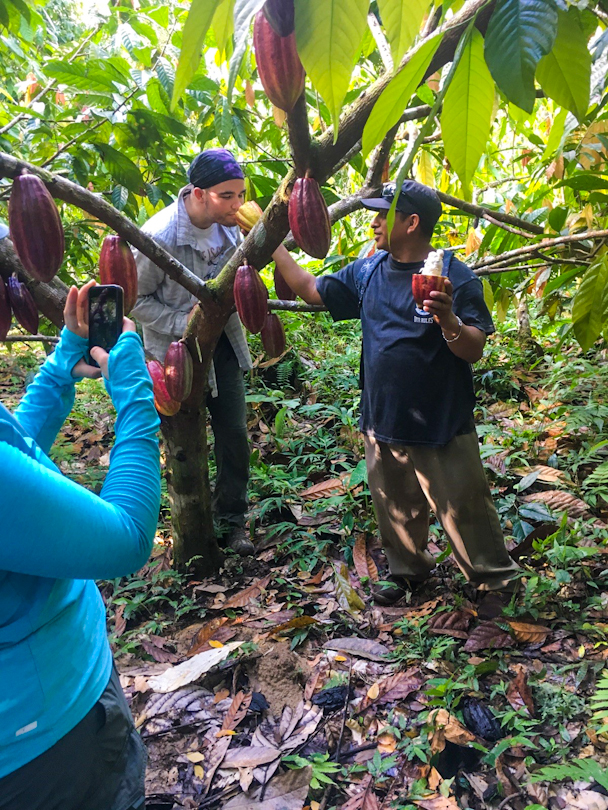 Yet, BFREE’s work showed that successful conservation not only requires the community to be emotionally invested in the protection of their environment, but it also entails working with the local community to develop practical, sustainable ways to use their natural resources. In many of the communities that surround these degrading ecosystems, the local people have more urgent concerns – like feeding their families – than conserving their environment. Thus, conservation must also look to support the people in these communities so that residents have the means to be able to protect their environment along with their livelihoods.

“Any attempt to conserve the natural environments in these ecologically sensitive areas must include innovative solutions to improve the socio-economic conditions of the communities,” Colin Young, author of a 2008 study on conservation in Belize, said. 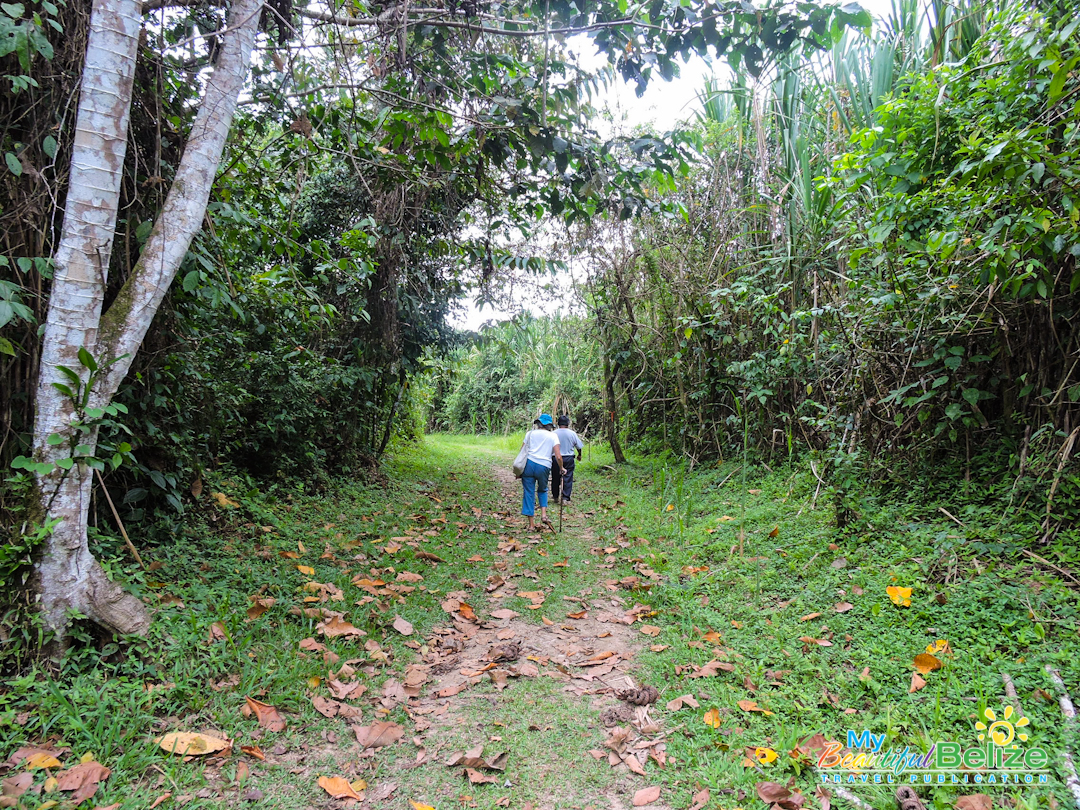 There are many ways to use the natural resources in Belize to benefit the community without having to destroy the environment, Cadle said. BFREE educates locals about some of these sustainable methods, such as making money through eco-tourism, rather than killing the wildlife to sell.

Many people in Belize have used slash-and-burn farming to produce enough crops to support their livelihoods, but that practice is burning down the rainforest. Because of slash-and-burn agriculture, coastal development and illegal logging Belize currently has a deforestation rate that is two times higher than that of Central America. If the current deforestation rate in Belize continues, the forest cover will decrease to 58 percent by 2020 and be completely gone in the next 40 years. 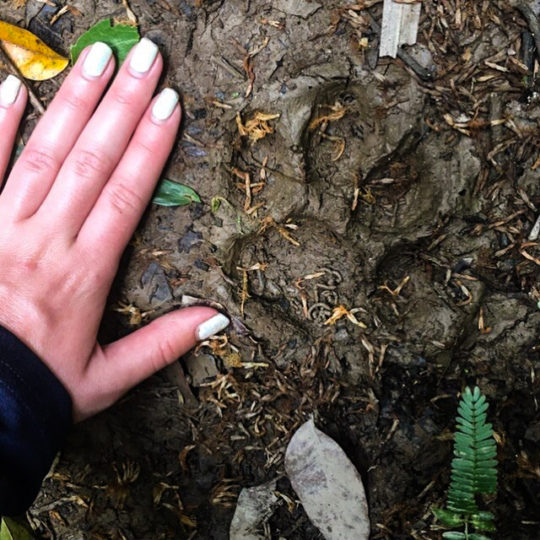 As a sustainable alternative to slash-and-burn, BFREE gave the local community cacao seeds to plant. Cacao farming allowed the community to still produce a profitable yield, but in a way that requires fewer resources, provides a habitat for migratory birds and does not contribute to deforestation.

The future of conservation in Belize seems bright, as the community has steadily stepped in to conserve and sustain their land. With the help of local volunteers, BFREE has established the Hicatee Conservation and Research Center (HCRC), as well as documented the rediscovery of the endangered Harpy Eagle in their film “Wings of Hope.”

This conservation, however, is not the only goal of BFREE’s programs. Barrett hopes that community members and tourists not only gain an understanding of the rainforest when they visit but also a love for it. “I hope people can take away a love for nature or at least respect for it, especially rainforests. They have huge value,” Barrett said. 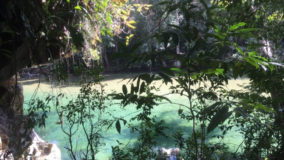 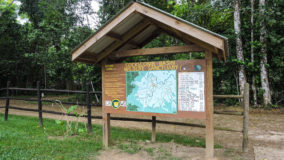 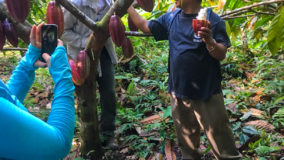 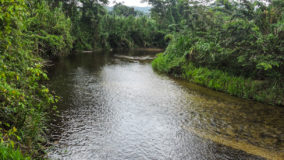 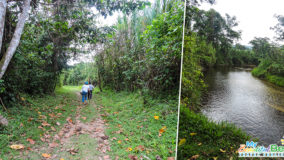 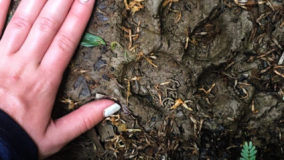 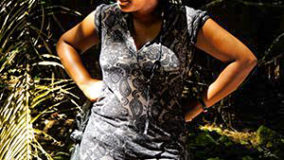 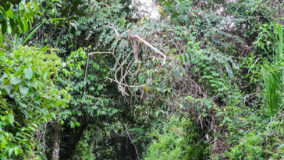 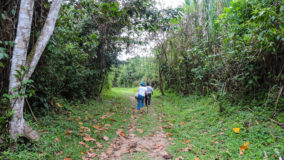