After the storm: treasures on the beach

Being in the tropics means we’re pretty used to sudden changes in weather. A major storm, tropical depressions, hurricanes, a hard breeze – we tend to peek out at the shore and wonder how an island stays afloat as the angry sea churns around her. 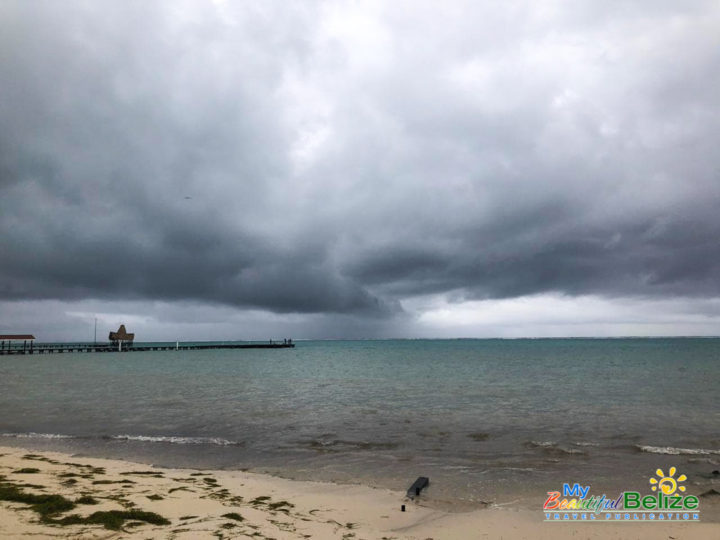 Inevitably, the landscape of our beaches changes with the crash and flow of angry waves. Some spaces end up with fine piles of sand, others get carved up and sliced to make way for running water, so much so that from one day to the next, the view is completely different. 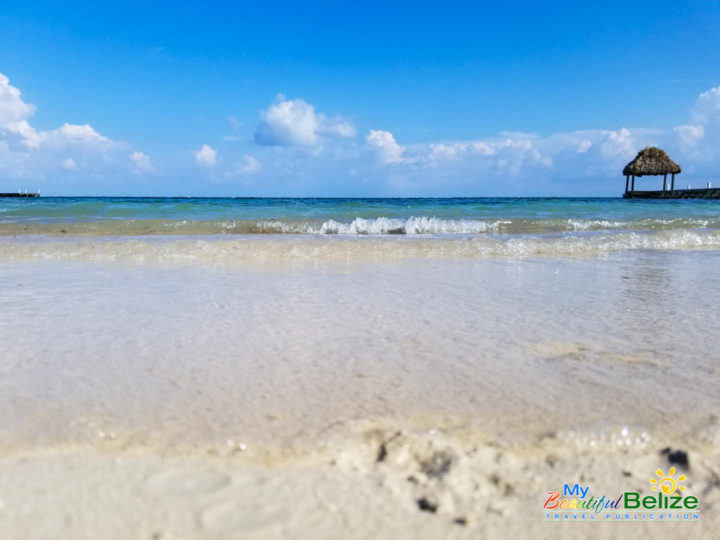 This year, we had our share of storms, with two named hurricanes landing one after the other in Central America, and affecting us as far north as Ambergris Caye. We are thankful we were spared, and we do not diminish the very real consequences of the storms elsewhere. 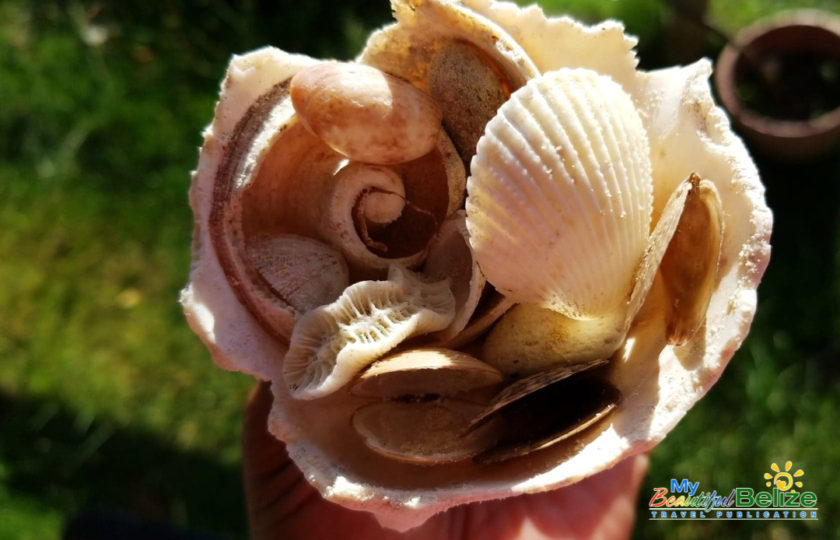 Beyond the giant waves and change in sea colors, we discovered that after the storm, there was an abundance of gifts left for us via Mother Nature. Beyond the inevitable trash that a storm brings in from deep ocean waters, we discovered a plethora of shells and what look like green marbles filled with liquid. 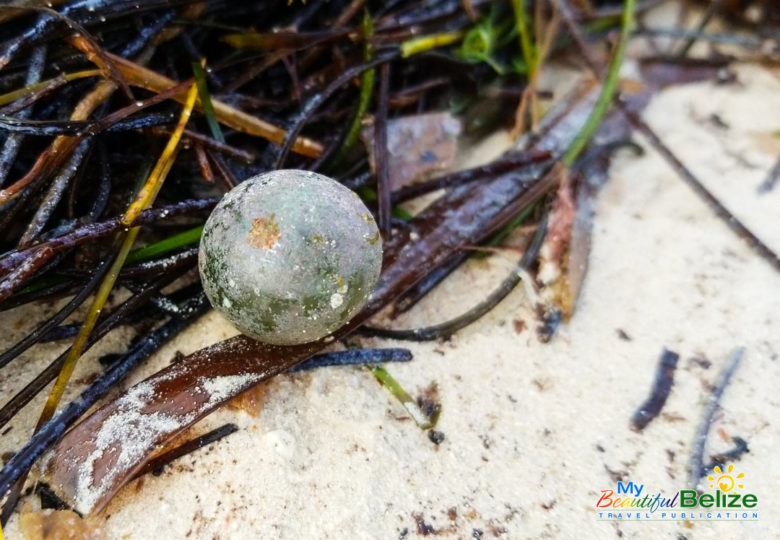 Known as Sailor’s Eyeball, these round objects are a Green Algae, and can also be called Sea Pearls. They are the largest unicellular (single-cell) organisms in the world. If you drop one, they will often pop right open. 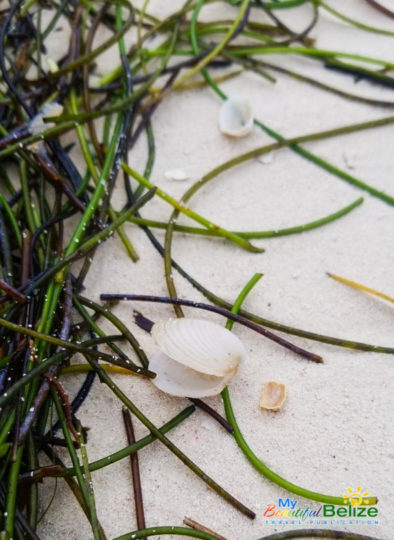 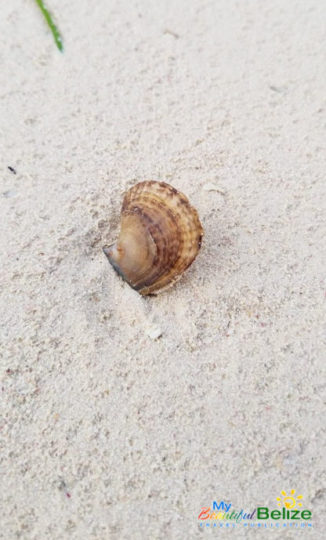 Shells are always a fun find, and whole clams are particularly exciting…finding several at a time feels like winning the lottery! 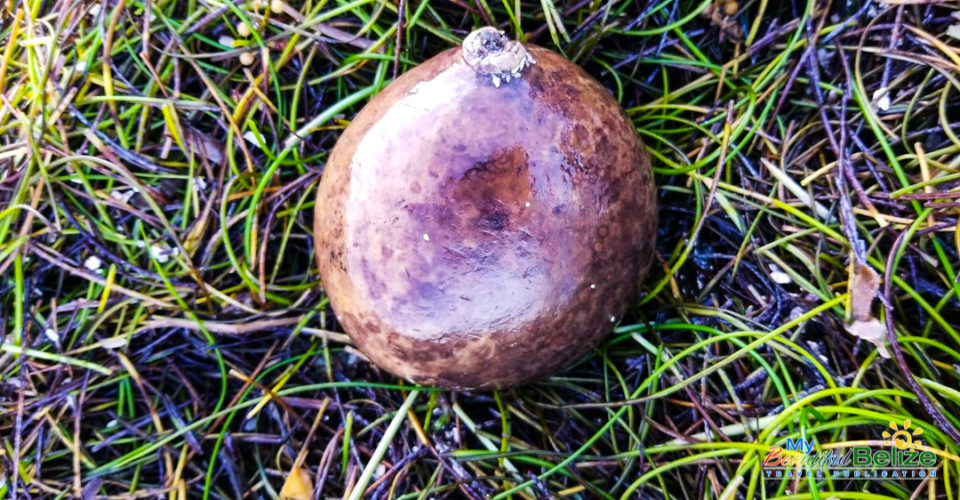 This one was particularly intriguing – and upon picking up and shaking, figured it was a standard gourd that floated from who knows where! 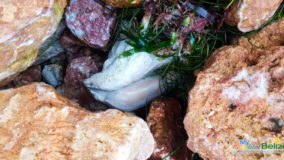 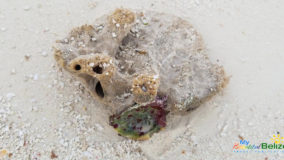 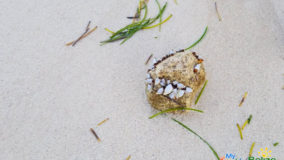 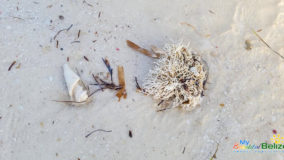 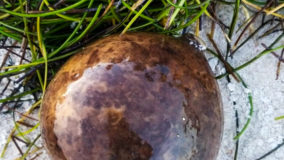 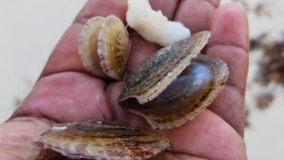 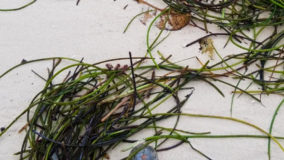 We highly recommend taking a nice leisurely stroll on the beach sometime. You never know what you will find. Bring a bag too, because while we’re at it, if we find some kind of trash, it’s nice to clean it up. Have fun!