A sweet bit of history at Serpon Sugar Mill

I think my favorite kind of history is the kind I am currently living. As in, “Today will be history tomorrow”. (Someone should make that phrase into a Facebook meme, and attribute it to some philosopher.) In other words – I never was much for history/social studies. But now that I have lived a little and traveled a bit, I realize that the reason those lessons never stuck was because I couldn’t see, breathe or be in the moment. 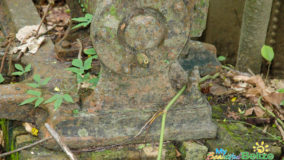 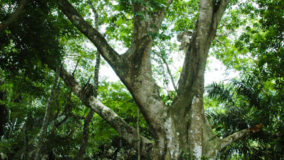 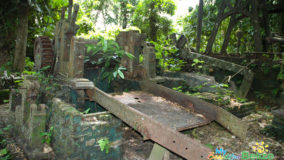 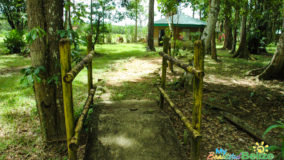 Not everyone learns the same way, and if the IDB report on the education system of Belize is anything to go by – that sentiment holds as true today as it did in my day (and let’s just say it’s been a while). Memorizing dates and facts and figures is all well and good for the inevitable big exams at the end of each academic goal, but what about immersing students into the real deal? Perhaps that is why field trips are such a joy.

I had my own adult version of a field trip a while ago, and one of the items on the itinerary was a visit to the Serpon Sugar Mill. There it was: history! My least favorite subject in the world, Social Studies, was looking me in the face and laughing. Facts and figures and names – things I thought I would never have to face again were on an itinerary that included climbing Maya ruins, fine dining and sleeping in fabulous hotel rooms.

When our tour was interrupted by the fact that the guide would be unable to accompany us due to unforeseen circumstances, I thought that perhaps we’d be let off the hook. But, no such luck. However, we would be allowed to roam freely among the giant trees and old abandoned machinery, getting our fill of Serpon Sugar Mill. 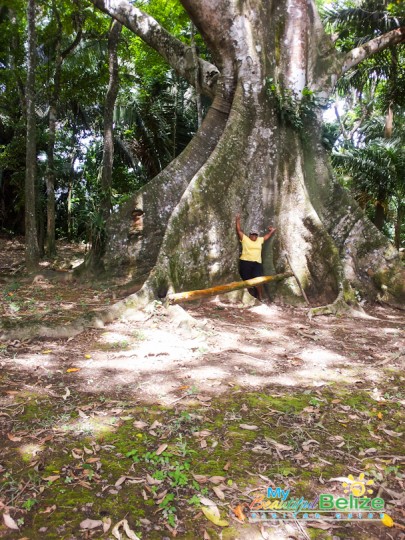 Our first stop was at the information building, where giant blown up posters gave us a quick rundown of the Mill. For the dates and names sticklers among you, here is a brief synopsis of the Mill:

During and after the American Civil War (1861-1865), Americans living in the southern United States migrated to Belize. The immigrants settled initially in the Cowpen area of the Toledo District, then migrated to different areas, primarily southern Belize, investing large amounts of capital in sugar estates. During the 18th century and early 19th century, numerous small sugar mills were established throughout southern Belize.

Hidden in the jungle one mile in on the access road to the village of Sittee River, Serpon Sugar Mill is the country’s first historical reserve. It contains the remnants of the steam-powered Serpon Sugar Mill that was established in 1865 and marked the start of Belize’s industrial era. Serpon Estate was managed by its Scottish owner William Bowman.

Estimates are that at its peak, the Serpon Sugar Mill was producing and shipping 1,700 pounds of sugar a month. In the late 19th century, Serpon was a technological marvel with its main crusher, boiler, beam engine, furnace, and hot air exchanger – all powered by steam. That was a breakthrough when compared to the manual process used previously by the Mestizos and Mayas.

However, by the turn of the century, sugar production was found to be more profitable in the northern districts (Corozal and Orange Walk), and the Serpon and Regalia mills were eventually abandoned around 1910.

That is certainly what we found during our self-guided tour. Several massive abandoned pieces of machinery just begged us to play. The metals had a fine patina, a testament to the many years of exposure to the elements. Cobwebs and critters decorated the standing pieces, which showed the technology of the times: boilers and crushers (big and scary). We stood under the shadows of trees that had probably been tiny little seeds when the mill was abandoned, marveling at how far we have come in technology.

An interesting anecdote as we walked from machine to machine:
One of our tour companions explained to us how Orange Walk got its name. Orange Walk is one of the northern districts of Belize, and apparently was the locale for orange groves while Stann Creek (the area we were in) was focusing on sugar cane. Oranges…Orange Walk…get it? I am surprised that Stann Creek didn’t become Sugar Creek – but I wasn’t consulted, so there’s that. 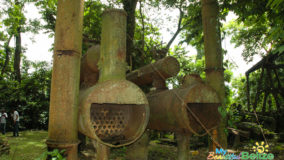 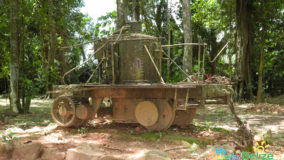 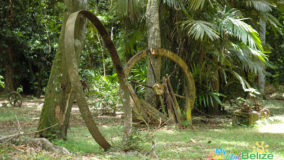 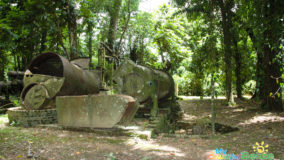 As I walked around taking photographs of the machinery, I was struck by their size, and the distance between each piece, wondering just how large the production area was, and how many people had to work using these machines. Seeing the boiler made sweat run down my face just thinking of the added heat. Surrounded as we were by foliage, with a hot sun beating down from above, the humidity level was at an all-time high. Imagine the boiler going at full steam. History can truly be amazing – if only to ensure we are thankful for what we have now.

The next day as I added a spoonful of sugar to my coffee, I really did savor every tiny sweet grain. Having seen how far this addictive sweetener has come since its discovery and arrival to Belize sure made me appreciate the history lesson. 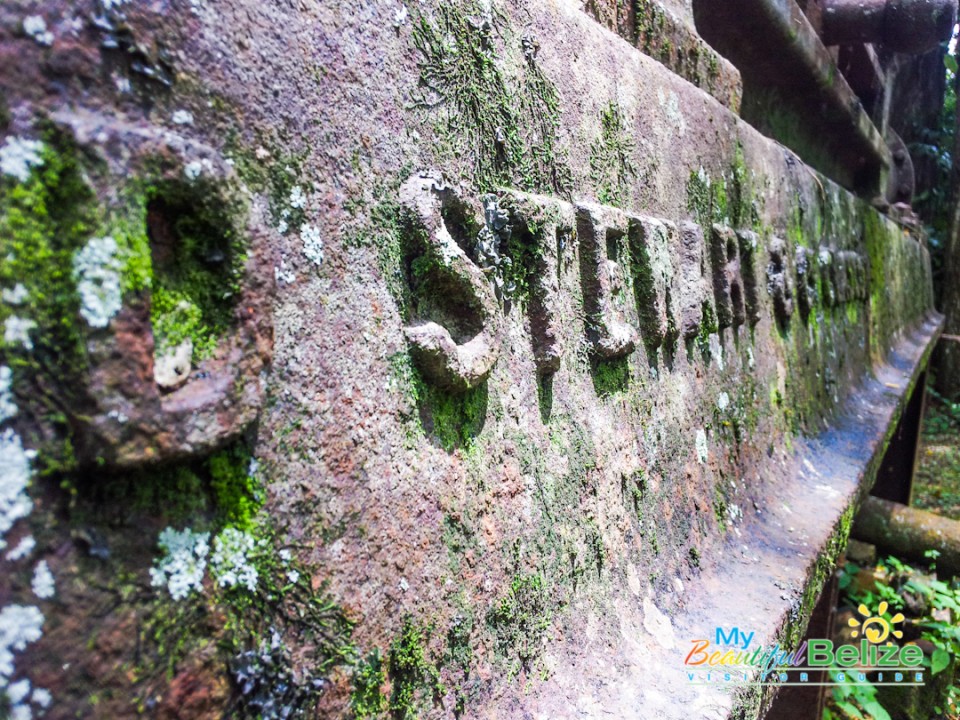 The Serpon Sugar Mill Restoration Project was funded with support from the United States of America Ambassador’s Fund for Cultural Preservation, in partnership with Institute of Archaeology, National Institute of Culture and History.