Written by Janelle Cowo on September 1, 2015 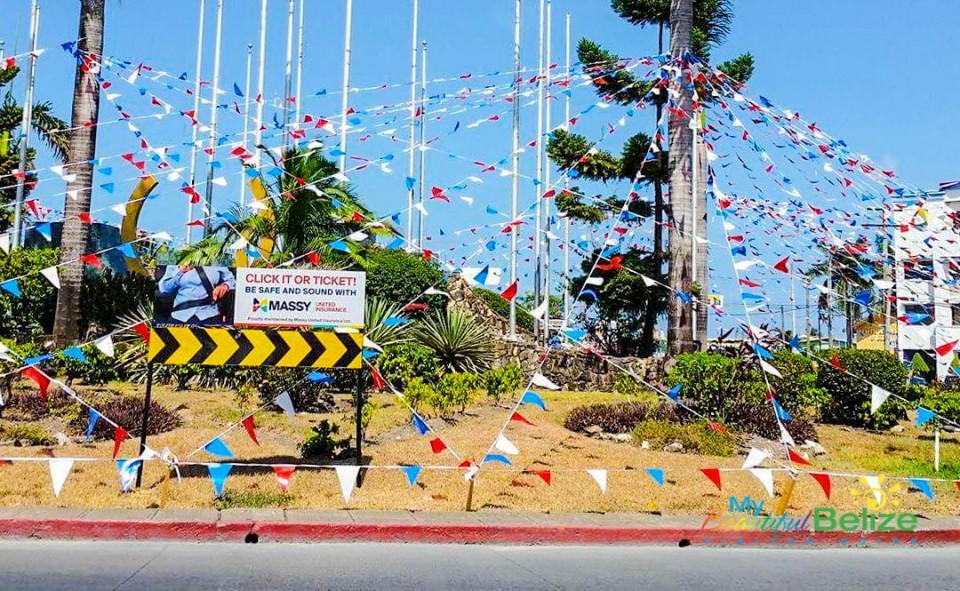 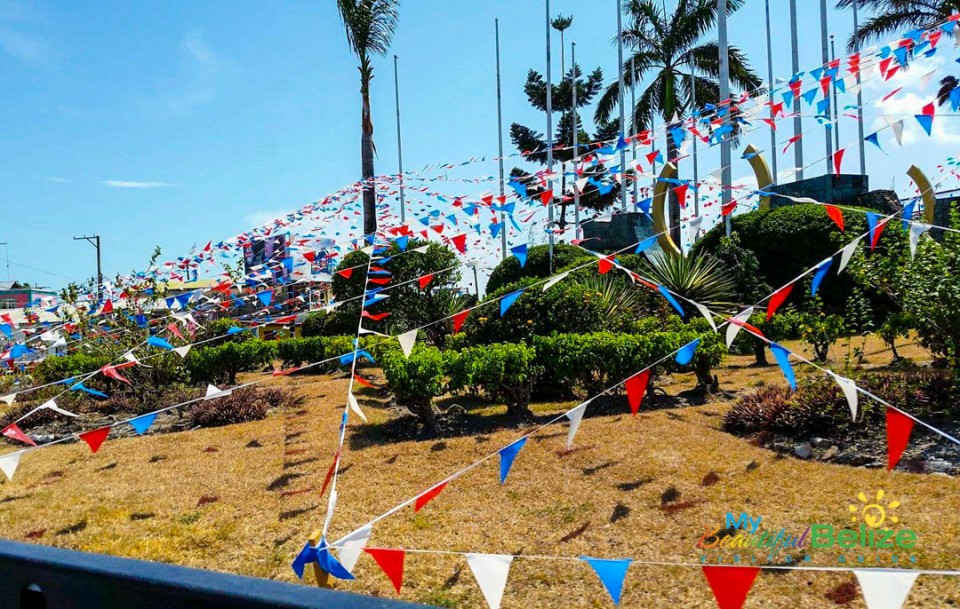 From as early as September 1st businesses, landmarks, town halls and any other important building across the country is decorated in red, with and blue – the colors of our flag. 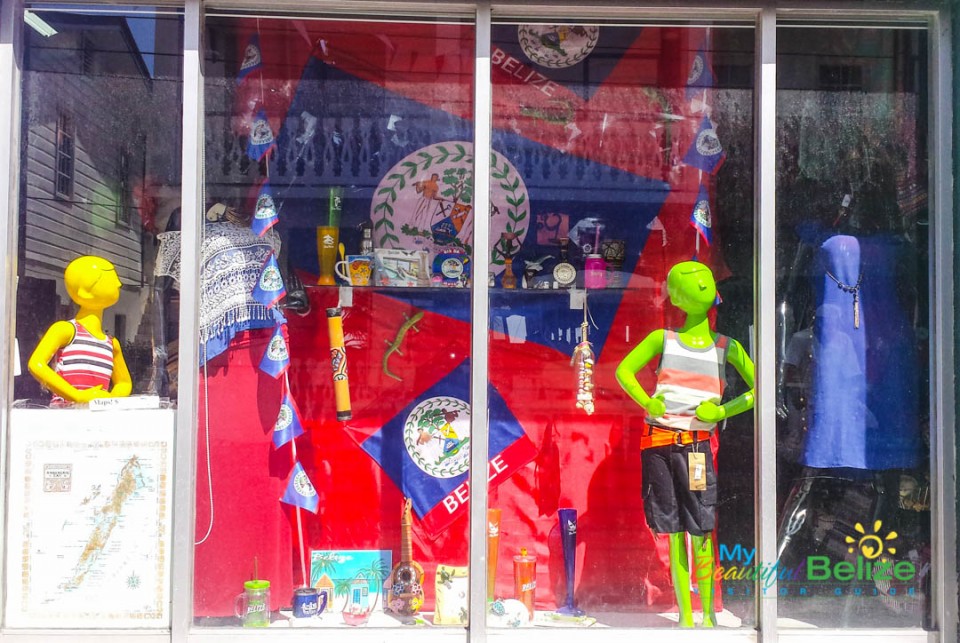 At residential homes, many raise their flags in a show of patriotism. And let’s not forget the constant airing of patriotic songs like “The Tenth Day of September” by Lord Rhaburn Combo and Calypso Rose or “Carnival” by Leela Vernon in every single local radio and television station. 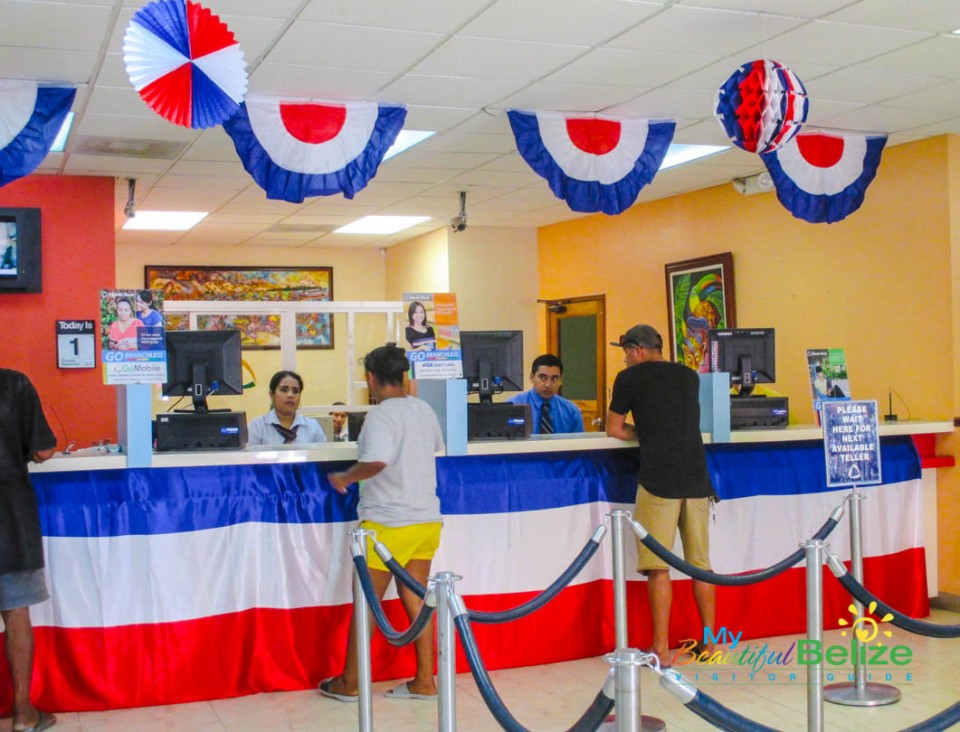 Oh! How I love September! 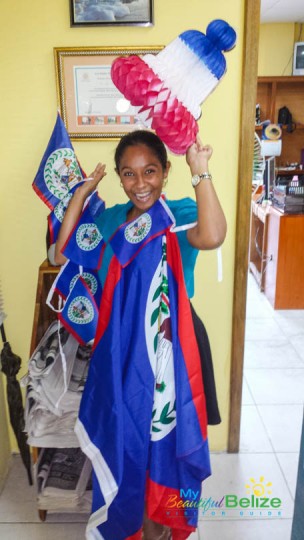 And why not decorate myself??? 🙂

This year, September celebration are being held under the theme ‘Belize Renewed: Confident, Competitive, Committed’ and marks the 217th St. 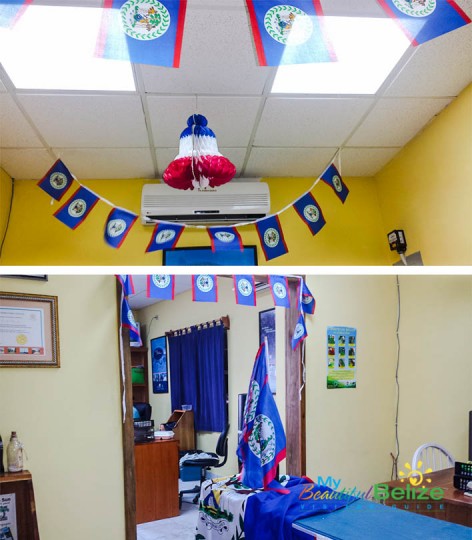 George’s Caye Day, the 4th National Service Day (a day to commemorate the memory of Father of our Nation Right Honorable George Cadel Price) and the 34th Independence Day. 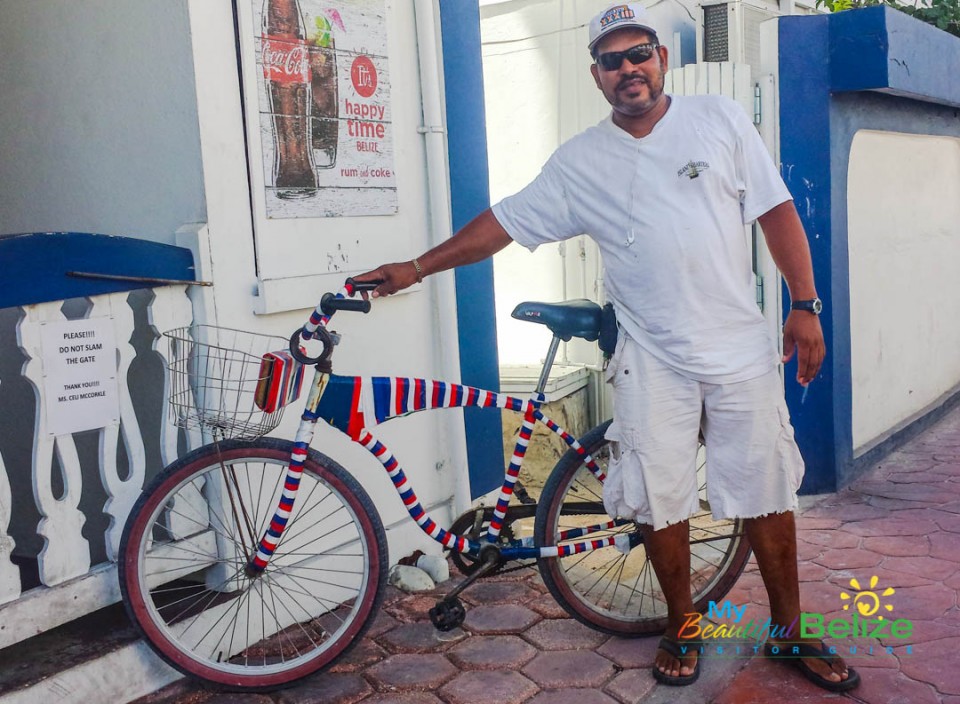 Hey we even decorate our bicycles! 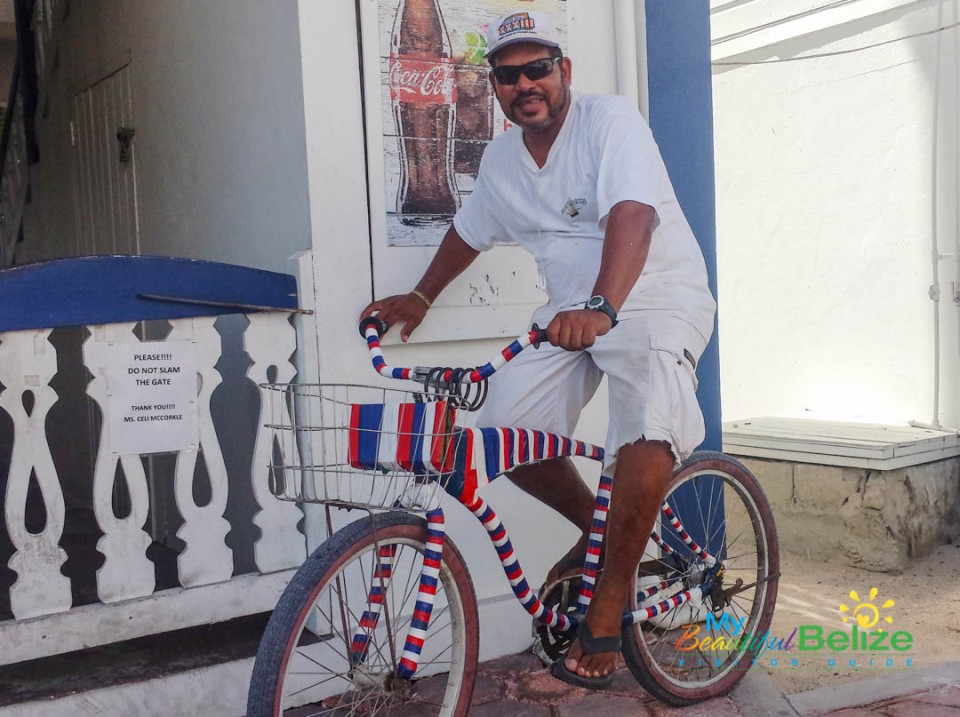 As in the words of our Minister of Tourism, Culture and Civil Aviation, Honorable Manuel Heredia Jr.: “This September, join us, in our cities, towns, villages and communities where our people will exude their patriotic spirit of confidence, competitiveness, and commitment that continue to propel this nation forward”. 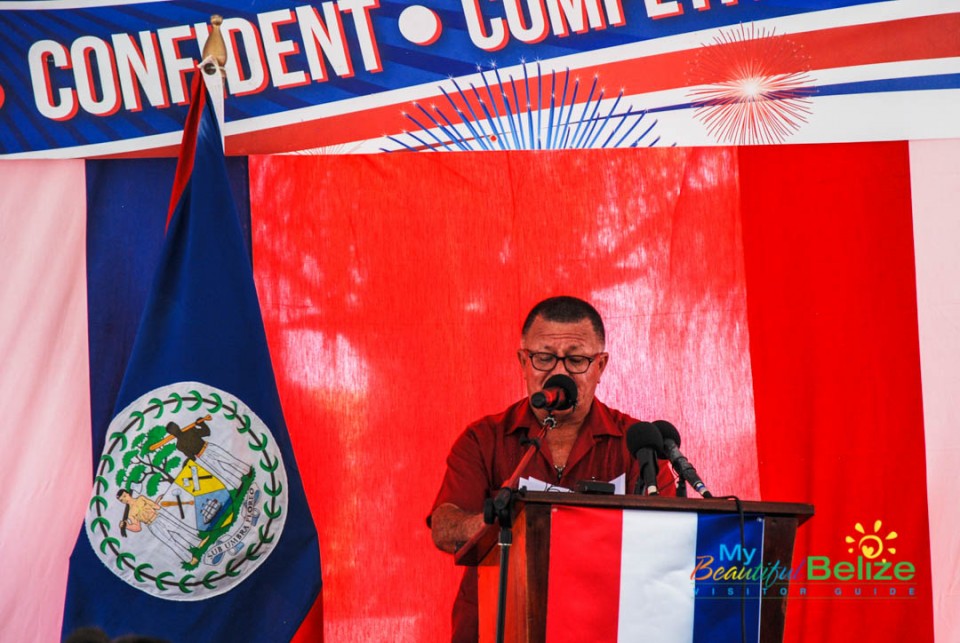 Hon. Heredia during the opening of September Celbrations

Because there isn’t a more Beautiful Belize than one united in patriotism and love for their country! 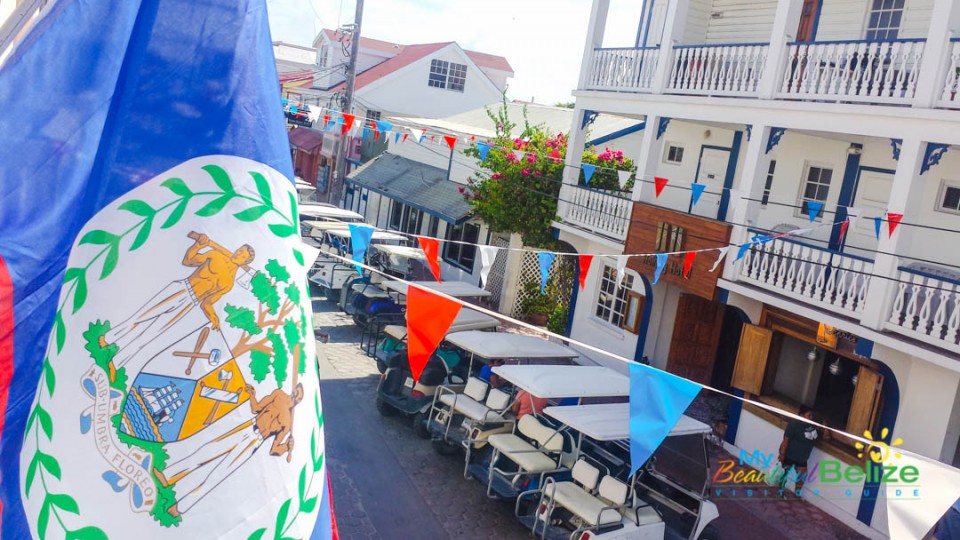 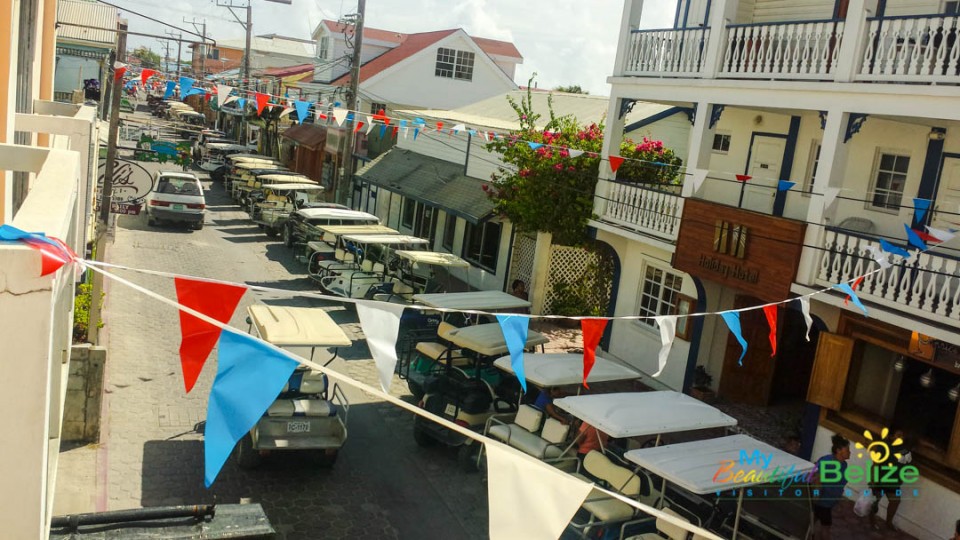