He was not on his trusty old sleigh, but rather on an equally fun golf cart, when Santa Claus arrived at San Pedro on Saturday, December 14th giving candy canes to all the nice children of San Pedro. Bob LeClair and his wife, Lou Ann were more than happy to play the role of Santa and Mrs. Claus and bring some Christmas joy to the children. 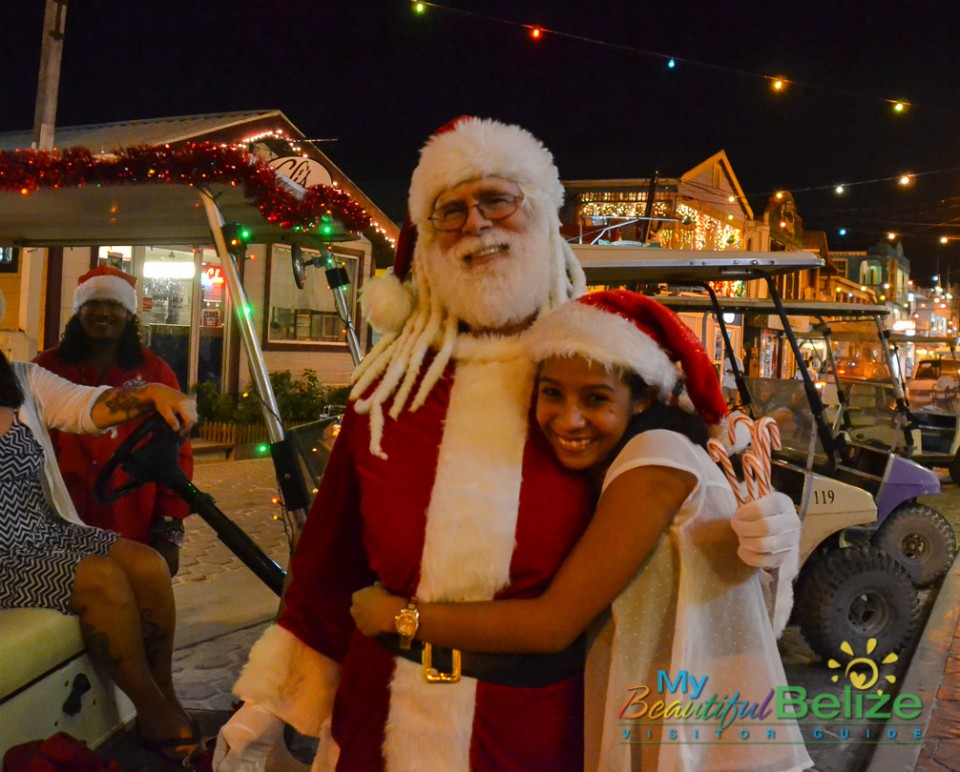 The LeClairs, originally from San Jose, California, US, have been living on Ambergris Caye for about four years and when the opportunity came up for them to give back to the community, they quickly took the offer. According to the LeClairs, Bob was the man behind Saga’s Santa in the 2012 Lighted Boat Parade, but since unfortunately there was not boat a parade this year, he decided to dress up and drive along the streets of San Pedro giving out candy to the boys and girls. “We love San Pedro and its people and wanted to give back to the community. And what better way than having Santa giving back! To see the smiles and happy faces on not just the young ones, but the older ones also, is such a good feeling,” said Lou Ann. 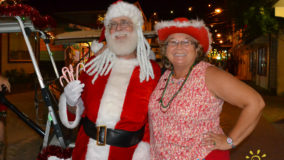 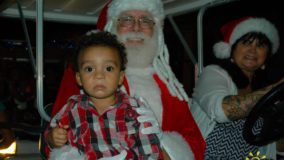 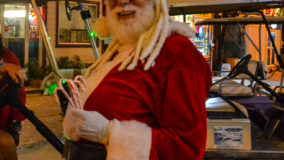 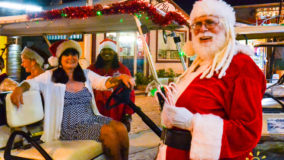 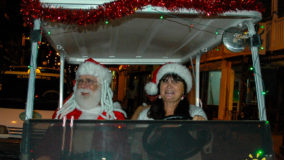 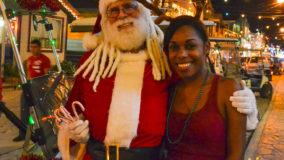 The LeClairs have six children and eight grandchildren, so they know all about being naughty and nice. As they made their way through the streets, the children eagerly ran up to meet Santa. They happily received their treats and even a big hug from the jolly man himself. “It a fun and delightful experience to give back to community we love. We’ll be doing this for many more years to come. We wish everyone a Merry Christmas!”