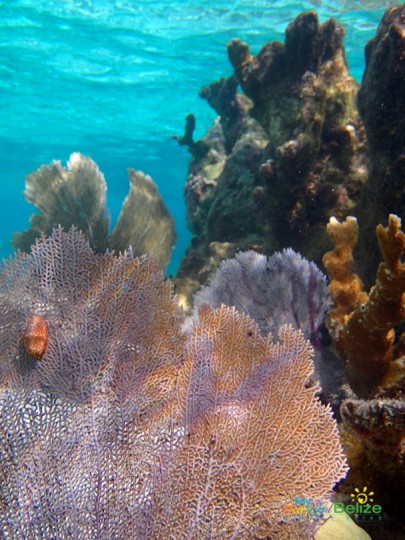 When I snorkel the Caribbean waters of Belize, I always have a mental checklist of critters I hope to see while exploring the marvelous underwater world. One such inhabitant is the colorful Flamingo Tongue snail, which truly is an amazing little coral creature.

Scientifically known as Cyphoma gibbosum, this small but brightly colored sea snail (mollusk) is common in many Caribbean and Atlantic coral reefs. Flamingo Tongues are typically found on soft corals, such as sea whips, sea fans, sea rods and sea plums. When it is alive, the snail appears bright orange-yellow in color with black markings. However, these colors are not on the shell, but are only due to live mantle tissue which usually covers the shell. The mantle flaps can be retracted, exposing the shell, but this usually happens only when the animal is attacked. On an average the shell is about an inch long and the shape is usually elongated and the upper side shows a thick ridge. The surface is smooth and shiny and may be white or orange, with no markings at all except for a white or cream-colored band.

Flamingo Tongues specialize in consuming the toxic flesh of soft corals by utilizing their unique feeding appendage, the radula. This belt sander-like tongue structure is exclusive to the mollusk and it is used to scrape away the coral tissue so nutrients can be absorbed. Due to their indifferent feeding strategy, only segments of a bare-naked coral skeleton is left behind; however, the silver lining here is that the coral will slowly start to undergo regeneration to replace the affected areas. Flamingo Tongues are smart enough to know not to graze their host coral to death; instead, they transfer hosts periodically by crossing over to the next coral. 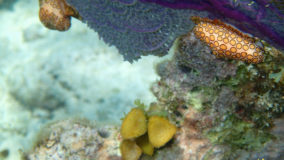 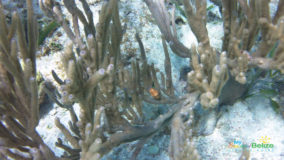 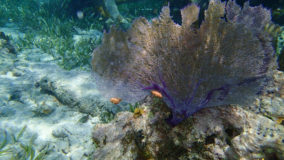 The soft tissue of these corals contains a toxic chemical and when the Flamingo Tongue feds, not only do they not suffer any harm, but they actually incorporate these secondary chemicals and becomes toxic themselves. As a direct result, the chemicals yield a distasteful experience to predators when they try to feed on the snails. Their colorful mantle markings are used as warning signals to potential predators meaning “stay away.” Even with an unpleasant taste, it seems that some predatory fishes will feed upon these snails, and studies have shown that large, predatory 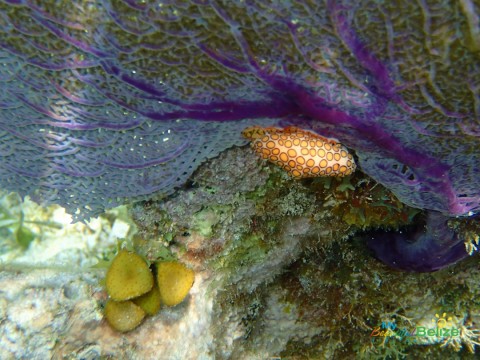 fish are necessary in maintaining Flamingo Tongue populations. When these predators are over-fished, snail density can increase, resulting in extensive grazing damage. Natural predators include Hogfish, Pufferfish and the Caribbean Spiny Lobster.

Sexual reproduction occurs between adults when a male approaches a female and crawls up onto the right side of her shell. Here, the male extends a white tube under the edge of the female’s shell and begins mating. After up to four hours of mating and four days, the female will lay encapsulated white translucent eggs onto the bare axis of soft corals, which is exposed from the snail’s feedings. It is believed these areas are chosen since there is an absence of the coral’s tissue toxins. Since each egg capsule contains multiple embryos (up to 300), a speckled appearance is demonstrated. Even though laying eggs occurs approximately during a lunar cycle, females have been known to lay several egg masses within a single cycle. After about ten days, the capsules hatch and the young free-swimming larvae disperse to live and feed on the plankton. The larvae gradually metamorphose into juveniles, then adults.

This species used to be common, but it has become rather uncommon in heavily visited areas because of over-collecting by snorkelers and scuba divers, who make the mistake of thinking that the bright colors are in the shell of the animal. 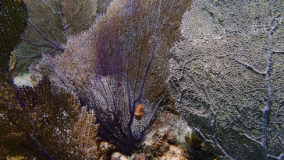 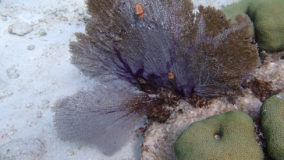 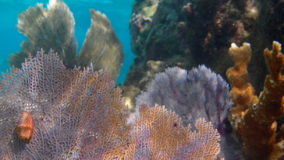 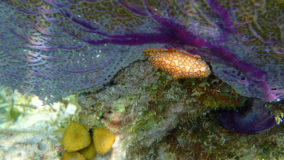 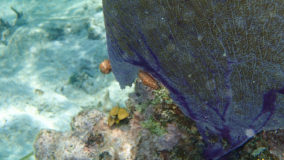 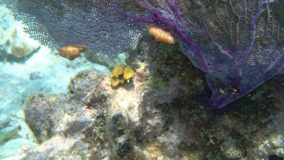