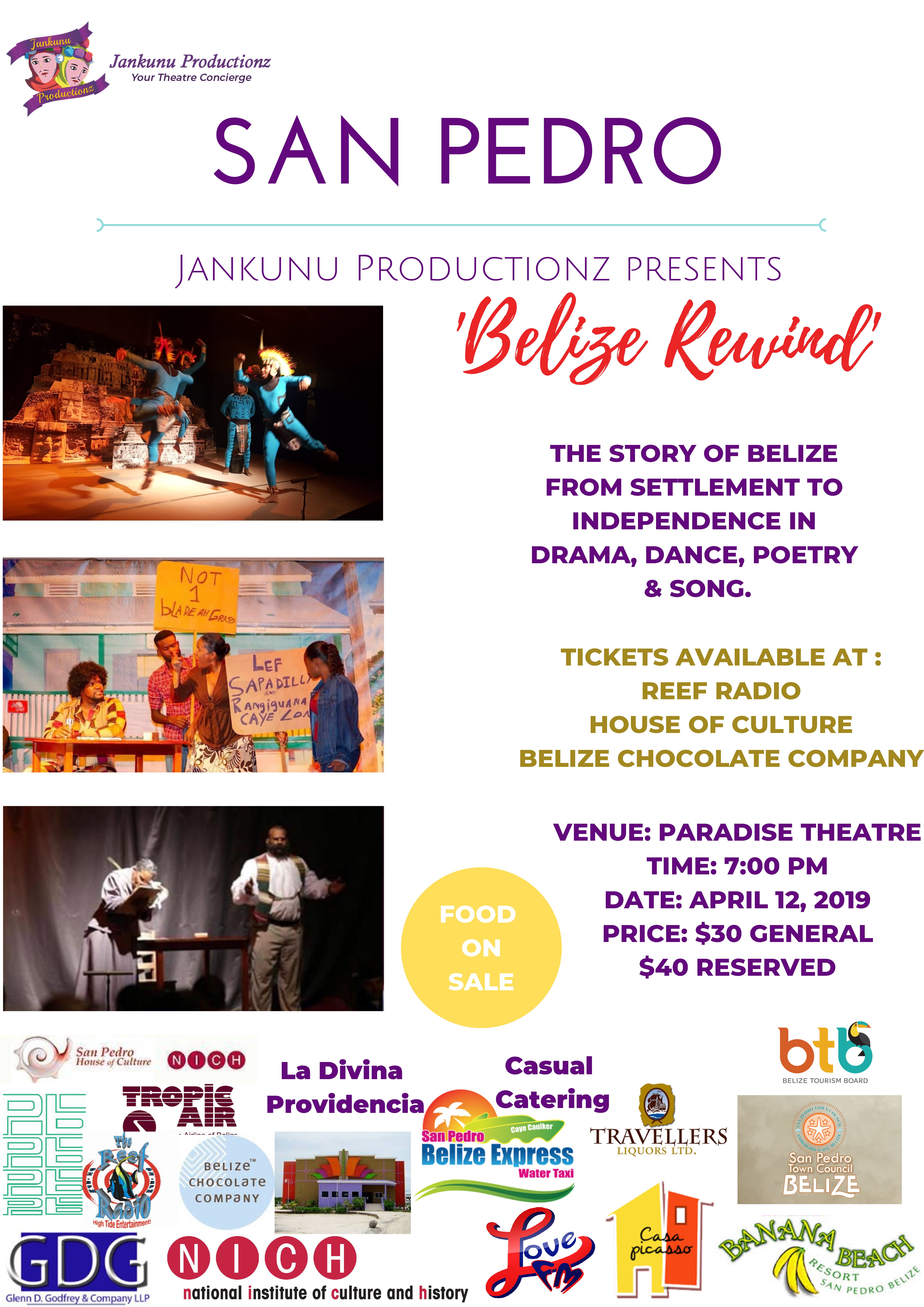 Jankunu Productionz is a theatre concierge business with over 35 years of combined experience in theatre, between its founders, Sandra McKay and Julieann Ellis Bradley. The company brings together service providers to create and deliver productions of the highest quality.

Belize Rewind is a Belizean Historical & Cultural immersion, depicting Belize from settlement to independence via live on-stage acting, singing, dancing and poetry. It is very engaging, entertaining and interactive. It is a total cultural immersion in its finest form.

Initially scheduled for April 12th in San Pedro, the grand showcase has been POSTPONED for April 26th! 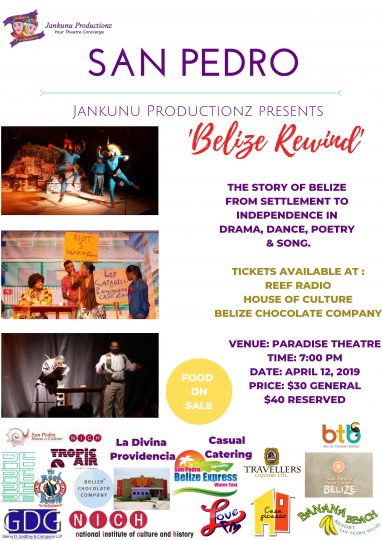 Belize Rewind tells the story of Belize from settlement to Independence in song, dance, drama and poetry and its also VERY funny.