Belize; one of the last strong-holds for the White-lipped Peccary

A new study by Wildlife Society Conservation Program (WCS), El Colegio de Frontera Sur, Washington State University USA and other key regional partners has found that the white-lipped peccary (Tayassu pecari), one of the last large herding mammals of the Americas, has been eliminated from 87% of its historical range in Mesoamerica. Thought to be the ‘canary in the coalmine’ for Mesoamerica’s forests due to their ecological sensitivity, their loss could indicate the beginning of the end for Central America’s wilderness. Already lost from El Salvador, the white-lipped peccary is now confirmed to be the most endangered ungulate mammal in the region, and at risk of extinction in other countries. Stable and large populations can now only be found in two of Mesoamerica’s five largest and most intact wildernesses: the tri-national Maya Forest (Guatemala, México and Belize), and El Darién in Panama. 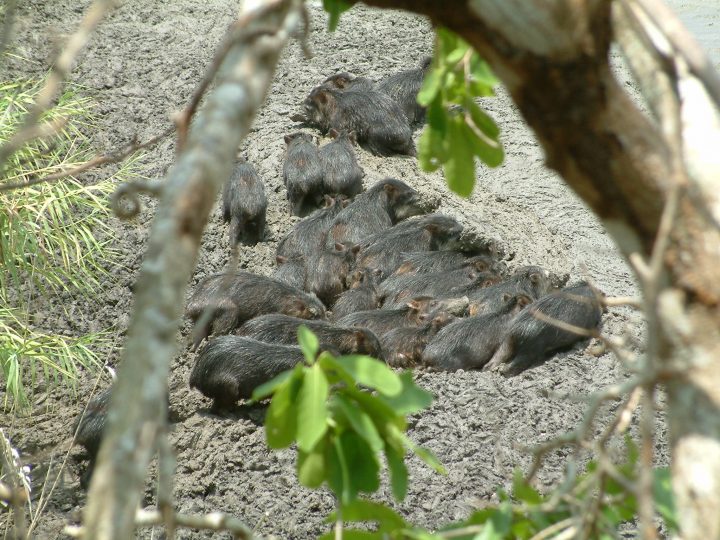 However, 20 of 29 assessed populations are either significantly smaller or highly threatened and are rapidly becoming isolated. The report demands urgent attention to avoid further national extinctions. Experts from all seven countries in Mesoamerica where white-lipped peccaries can still be found came together to analyze and highlight the plight of the species in the region. Reports from Mesoamerican wildlife biologists of widespread declines led to increasing concern that the global threat assessment of ‘Vulnerable’ by the IUCN red list of Threatened Species was inadequate for the species in Mesoamerica and was limiting conservation action that could save it. The experts involved in this study contributed information on the species’ current (2016) range, status of each population, main threats, and conservation actions needed for each of the seven countries. 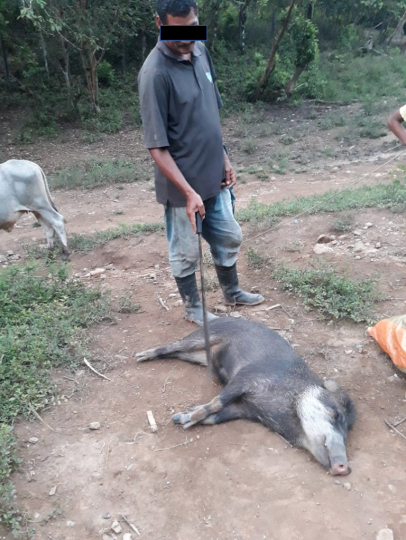 This study comes at a crucial time for white-lipped peccaries. They are particularly sensitive to forest fragmentation and hunting, and frequently are the first large mammal species to disappear when humans colonize an area. The expansion of agriculture, cattle ranching, and roads, especially inside protected areas, has accelerated at unprecedented rates in recent decades compounded by a human population increase of 60% between 1990 and 2016. Perhaps even more alarming has been the loss of 21% of tree cover in the five last large forest blocks in Mesoamerica, which host the majority of remaining white-lipped peccary habitat. “This amazing animal turns the soil, feeds large cats and controls seedling growth, actually enhancing the diversity of the whole forest,” said Dr. Rafael Reyna-Hurtado of El Colegio de la Frontera Sur, Mexico. “No other animal in the world moves through forests in such large groups. If we save it from extinction, we not only protect the forest, we give our children the chance to witness a wild herd marching in a single file through the forest foraging for food, even escaping from a jaguar, just as they have done for thousands of years.” The results of this study are already informing revisions in wildlife protection laws and hunting regulations in Guatemala and Belize and will help to increase attention from international conservation donors. Most importantly, the people of Mesoamerica can use these results to direct their own support for increased conservation of this architect of the forest. Said Dr. Jeremy Radachowsky, Director of WCS’s Mesoamerica and Caribbean program: “Mesoamerica is home to five great forests and still harbors a miraculous spectrum of magnificent wildlife. However, these forests and their wildlife are at grave risk. No species represents the plight of the forests like the white-lipped peccary, which is now teetering at the edge of existence due to habitat loss and hunting. We need to take immediate action to save Mesoamerica’s last wild places and their incredible wildlife.” 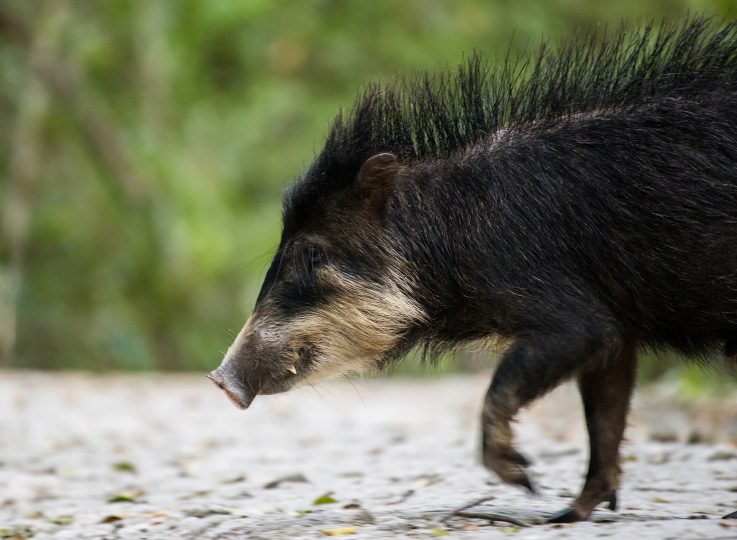