Astonishing finds at the Archeological site of Nim Li Punit!

The Maya of Belize, Tours and Activities

So we are always emphasizing on all the amazing places to be explored in Belize. Seriously, your typical trip to this lovely Jewel can be jam packed with adventures of all sorts! If you’re lucky you might even get to witness history in the making-like our friend and fellow islander Krista Burrows did! 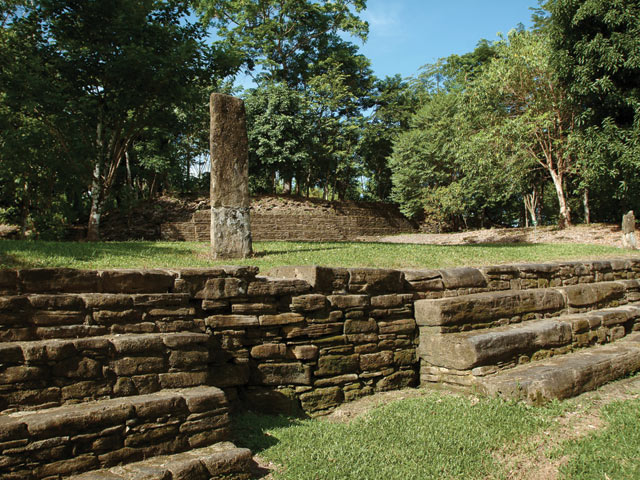 Krista and her husband (owners of Crazy Canucks Beach Bar here on Ambergris Caye) along with her visiting parents were enjoying a fun Belize vacation, visiting from North to South. While exploring the Southern districts, they happened to come across a group of excited people gathered at the entrance of Nim Li Punit, an archeological site in the Southern District of Punta Gorda Belize. What exactly was going on? Well, Krista and her mom just had to find out what was up with all the excitement at this little site!  You see, Nim Li Punit has recently been the center of attention.  A team of archeologists and researchers working there had just unearthed one of the greatest archeological finds in Belize’s history since the Jade Head which was excavated some 30 years ago! Krista and her mom had no idea that they were about to witness major history in the making! 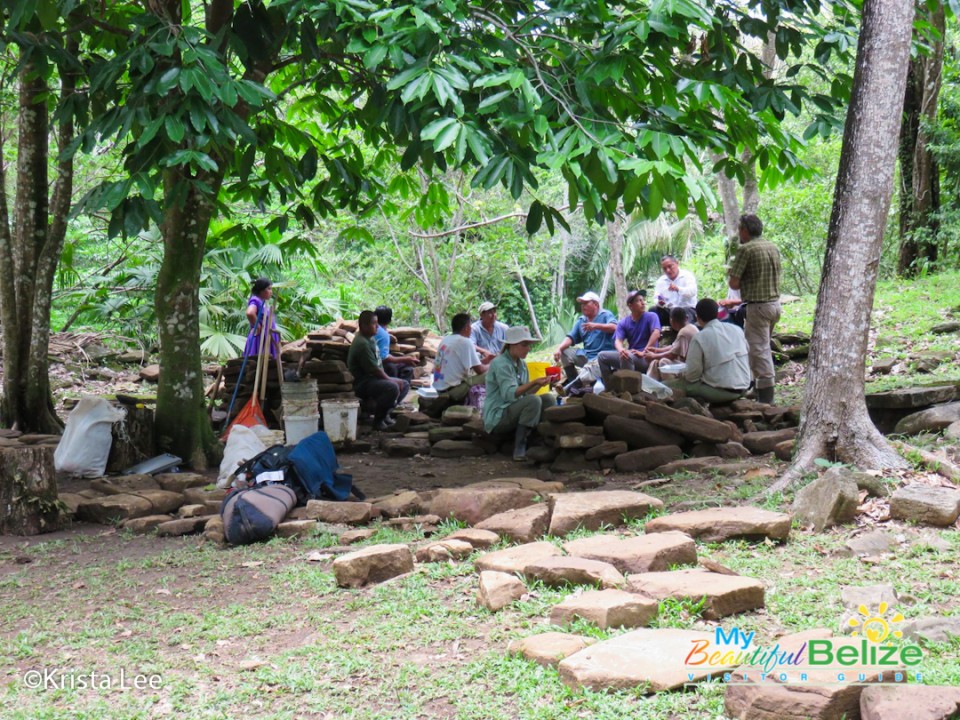 Nim Li Punit was once home to an elite family during the Classic Maya period in Belize. The site consists of three plazas and several pyramids in one of which two buried tombs had just been discovered by one team member and first year graduate of The University of California, San Diego (UCSD) Maya Azarova, and team led by Dr. Geoffry Braswell. 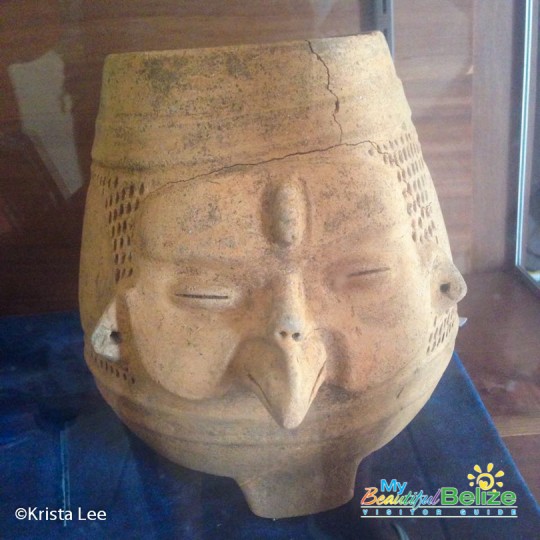 The tombs consisted of eight pieces of jade and 26 ceramic pots, all of which were laid out on tables for all to see and share in the excitement!  However this was not what had them in awe. Researchers were stunned in particular at a jade pendant which was big as a human heart. The pendant was once worn by the king/ruler during the classic bloodletting ceremonies. And Krista and her mother got to witness this fabulous find and even had the opportunity to even take pictures! 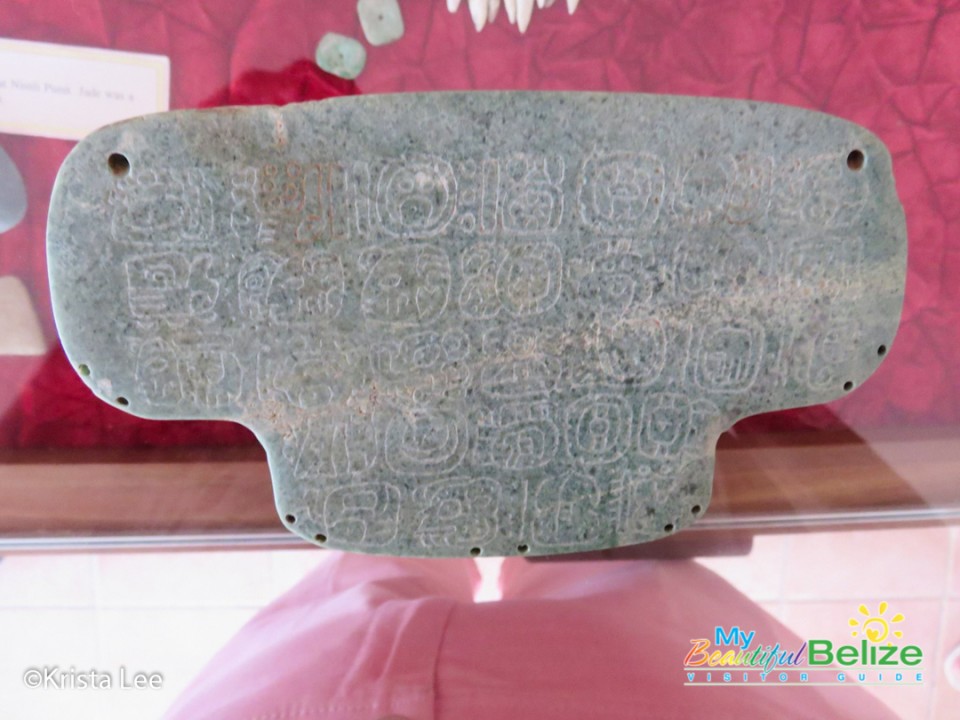 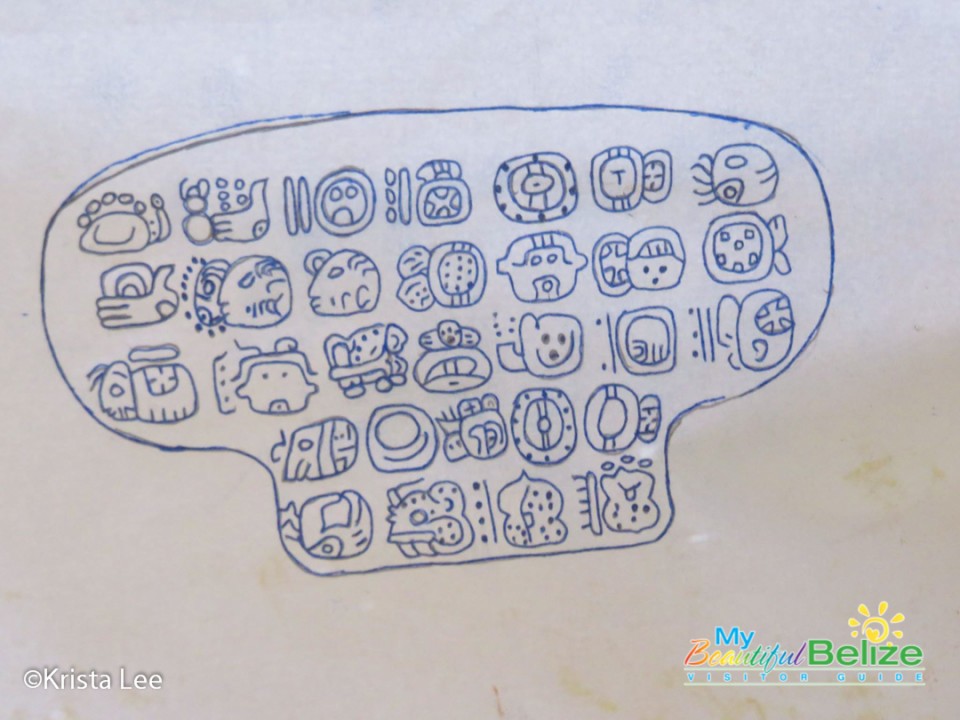 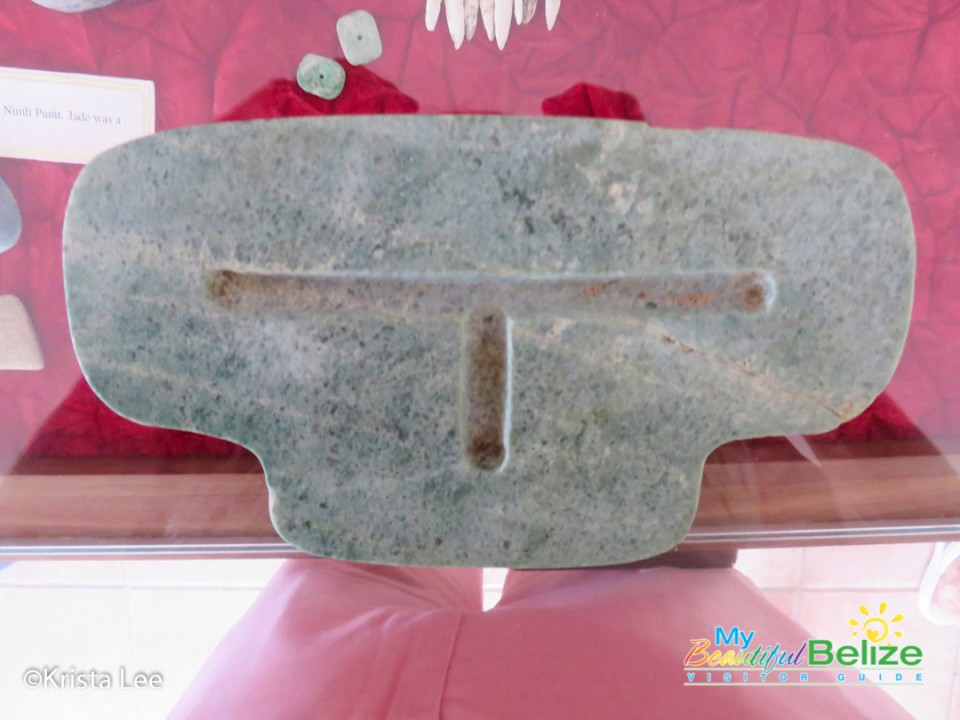 “You could see [the pendant] defined like this before they brushed the dirt off. They know what it means, but I didn’t get all the details. But seriously, they were so, so, so excited. The Maya that were there were all smiles; and the young girl and guy archeologist said they might as well be done with their careers, that it can’t get better than this!” Krista got the full rundown on the pendant directly from the archeologist who made the discovery, Maya Azarova. “[She] took me inside and explained everything together. I was amazed!” 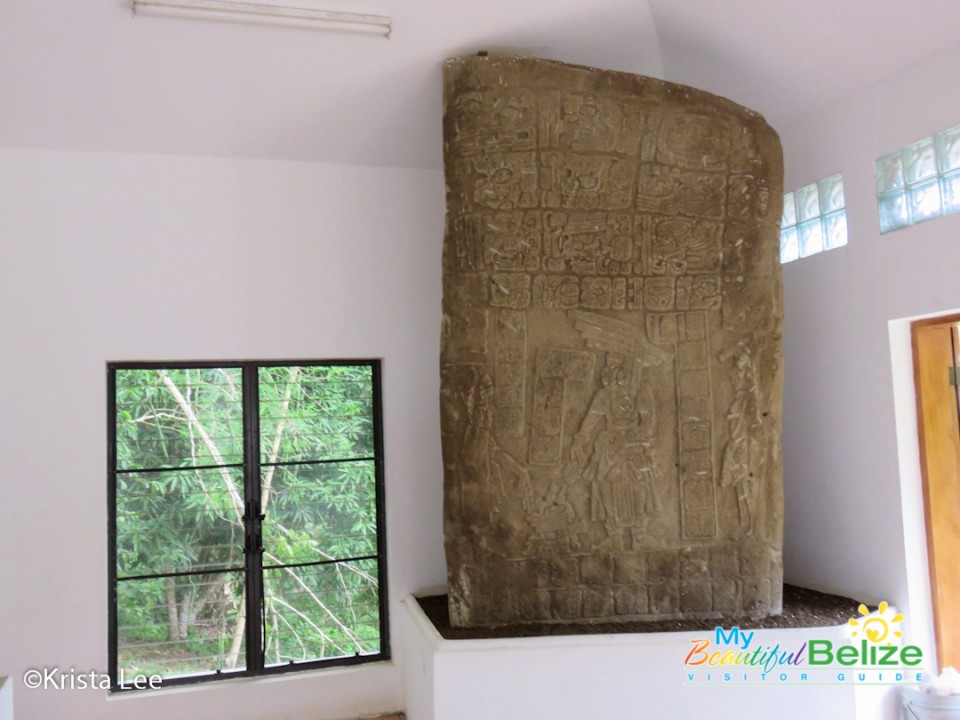 What Krista, her mom, and the villagers got to witness was a vital link in a piece of history that connects two Classic Maya empires! This pendant is considered such a remarkable find as it is depicted on the chest of the ruler in several of the stela, as Azarova pointed out to them. “They discovered it on May 25th, but couldn’t say anything to anyone until that day!” Said Krista excitedly. And she got it all from the discoverer herself! Lucky!! 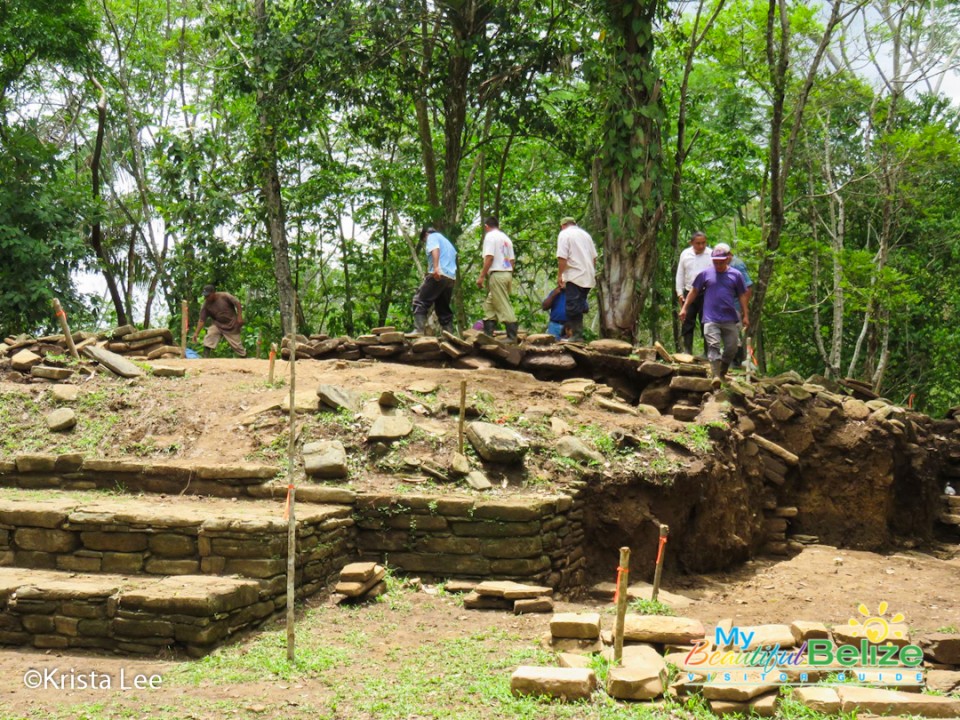 Team leader, Dr. Geoffrey Braswell, went on to tell the media that “it is the second largest piece of carved Maya jade in Belize and possibly in the Maya world.” The pendant’s illustrations reveal that it was taken to Nim Li Punit by Janaab ol K’inich ruler of Caracol (another major site in the Western Belize District of Cayo), on a royal visit for some important calendar event, and goes into more detail revealing his family, meaning that the lords of Nim Li Punit and Caracol had very powerful relations, something that was previously unknown, and would have probably remained that way before the discovery of the pendant. 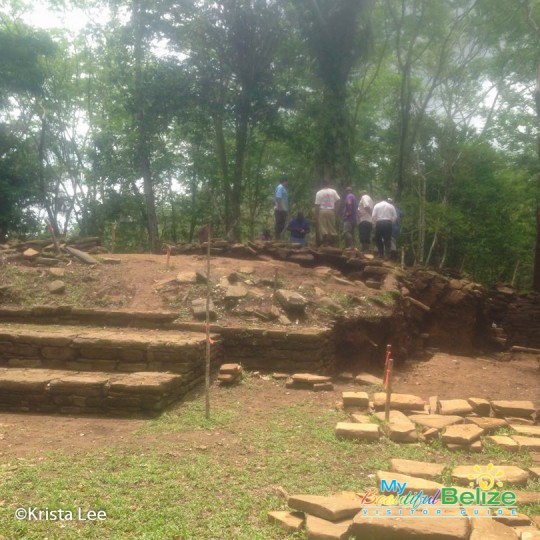 This is truly a remarkable find for Belize, not only is the discovery itself magnificent, but in the years gone by, it is rare to find pieces that actually depict stories in detail of the individual Mayas themselves.

My Beautiful Belize congratulates Maya Azarova, Dr. Braswell and the entire team for this remarkable find and we thank them for their work, dedication and contributions towards the rich history of Belize.

And to Krista and mommy- you guys were so lucky! Color us green with envy! We’re thrilled that you got to witness this once-in-a-lifetime event!

So you see, when we say you never know what remarkable things await you here in Belize, we certainly mean it!