The Maya of Belize

Belize has its fair share on Maya Temples and historical locations of the ancient Maya civilization but none can quite compare to the prestige and popularity of the county’s most loved and well known Maya city, Altun Ha. Despite its relatively small size compared to others in the area Altun Ha is one of Belize’s most excavated and restored location making it a favorite for tourists and visitors wanting to experience a true sense of ancient Maya civilization from centuries past. Add to that the fact that it is the closest Maya site to Belize City, and is very easy to get to as compared to some of its more hidden counterparts, and you can see why Altun Ha has become the pride and joy of Belizean Mayan heritage.

Few Belizeans can think about Maya Culture without immediately pondering the ancient Maya wonder of Altun Ha. It’s popularity and prestige in Belizean society is so ingrained that you would be hard pressed to find any Belizean who has not either been to or grew up knowing everything about that famous location. Altun Ha is synonymous with Belize and connects the country to its majestic past, so much so that the symbol of Altun Ha, its largest and most popular temple, the “Temple of the Masonry Altars”, has made its way onto the face of the national currency, and on to the bottles of the country’s leading beer, Belikin.

Altun Ha is located just 31 miles north of Belize City on a two-mile long dirt road that connects the site to the Old Northern Highway and is only six miles away from the Caribbean Sea. It covers an area of about five square miles and was once a major ceremonial and trading center. Once home to as many as 10,000 inhabitants over a 1,000 year-long period of occupation dating back as early as 200BC, it was occupied as recent as the 10th century. 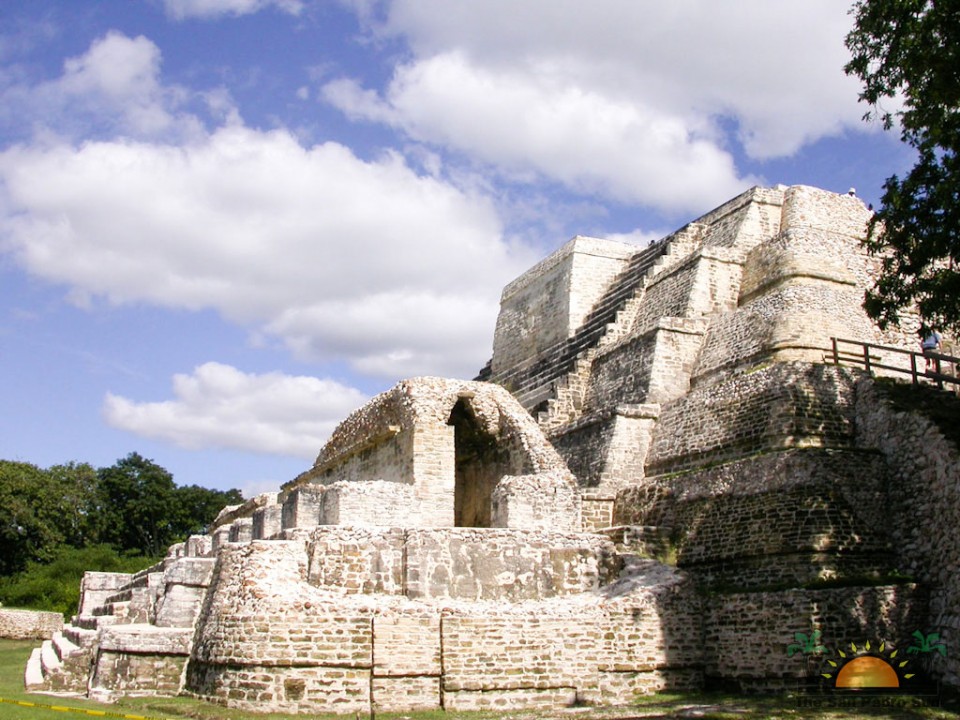 Being there is an experience of the majesty and glory that was once a major location in Maya society, with as many as 500 visible structures spread across the two main plazas. These plazas are surrounded by towering temples enclosing the palm strewn landscape. Plaza A, the larger of the two, is the site of a mysterious tomb discovered beneath one of the temples called the “Temple of the Green Tomb” where jade, jewelry, flints and skins were among the hundreds of different remnants unearthed there. Other artifacts included shell necklaces and ornaments, pottery vessels, stingray spines (used in ritual bloodletting), and groups of ceremonial elaborately shaped chert sculptures, as well as the remains of more perishable items – cloth, and wooden objects. The remains of a codex, an ancient book made on bark paper, were also found. The fragments were too fragile to be reassembled, but they at least tell us that codices were sometimes buried with elites during the Classic period.

Plaza B, adjoined to the larger Plaza A is home to the largest temple at the site and what is certainly the most recognized Mayan temple in all of Belize, the “Temple of the Masonry Altars”, which rises 54 feet above the Plaza floor. A single stairway climbs the largest temple to an altar perched at the peak and is thought to have been the focal point of the community’s religious activities. Inside, several tombs were discovered that are believed to have kept the bodies of Altun Ha’s high priests and also provided the most spectacular find ever at any Maya site in Belize, the priceless, six-inch high, ten pound, solid jade carving of the head of the Maya Sun God, KinichAhau, which was found in the tomb of an elderly male priest. Because three of the seven priestly tombs in the Temple of the Masonry Altars were plundered, having their contents destroyed and the crypts filled with soil, researchers believe that the final demise of Altun Ha was perhaps brought about by violent peasant revolt.

Interestingly enough despite its popularity and prestige the true ancient name of the location is unknown and “Altun Ha” is a rough translation of the nearby agricultural village of “Rockstone Pond” which had reused some of the stones from the ancient structure for residential construction. The name “Rockstone Pond” also signifies the presence of one of the most interesting finds of any Maya site; a man-made water reservoir that is lined at the bottom with limestone clay giving the bottom the firmness needed to retain water. The reservoir was constructed by diverting the flow of a creek than ran through the area just enough for them to dig and enlarge a round hole with a clay plastered bottom. Once the clay dried and hardened, the stream was rerouted to its original course and the newly built reservoir filled and overflowed, allowing the stream to continue on its original track. This provided a vital source of water for the thousands of inhabitants that lived there. 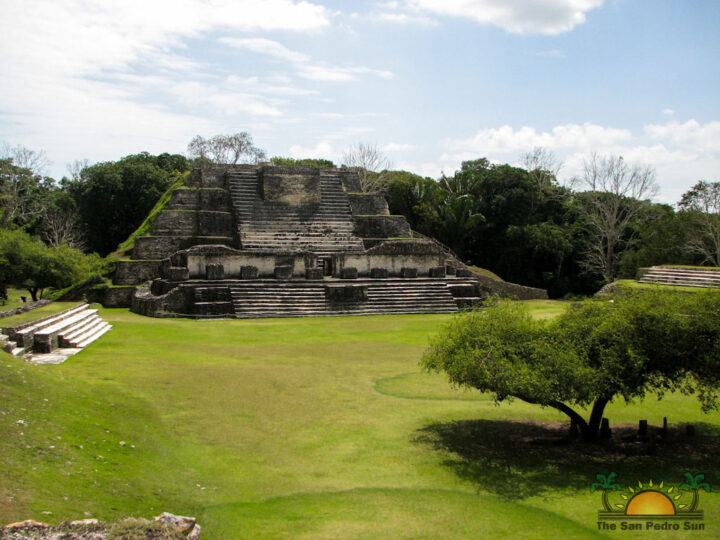 For those who wish to experience the magnificence and beauty of this most prized Maya site, Altun Ha is open all year round from 8AM to 5PM and offers many amenities and activities including, free parking, hiking trails, picnic pavilion, gift shops, and of course the opportunity to climb atop the wonderful ancient Maya structures that were a part of the great civilization. Many tour operators run daily trips to Altun Ha, and it is a standard 1/2 day outing for cruise ship visitors and other tourists departing on afternoon flights. It is easy to find on your own if you’ve rented a vehicle, you simply take the Northern Highway from Belize City for about ½ hour turning just after Sandhill Village onto Old Northern Highway and travel 14 miles to the Rockstone Pond Road and then it’s just two more miles to reach the reserve. The area around Altun Ha is rich in wildlife including armadillos, bats, squirrels, agouti, paca, foxes, raccoons, coati, tyra, tapir and the white-tailed deer. Two hundred species of birds have been recorded and there are large crocodiles that inhabit the Maya-made water reservoir.

Folks of all ages are sure to enjoy this Maya jewel in the jungle and you won’t regret adding Altun Ha to your list of “must do’s” while visiting Belize!