A girls’ adventure – and coming to terms with loss

Fun and Entertainment, Tours and Activities

It took a long time for me to write this little anecdote, as one of my photo subjects is no longer with us.
Our story is as Belizean as it gets: adoption, separation, sordid family stories, loss and in this case, a final loss. But, she is my sister – and in the years since we’d found each other, tried to connect at least once a year. This year, it was to try an adventure, on the cheap…we were joined by a friend, and we headed to a waterfall to combat the summer heat.

After a night spent having way too much fun with friends, new and old, I of course, set the tone for the first half of the day: sad and hungover…So Sister took me to her favorite restaurant, Pop’s Diner. 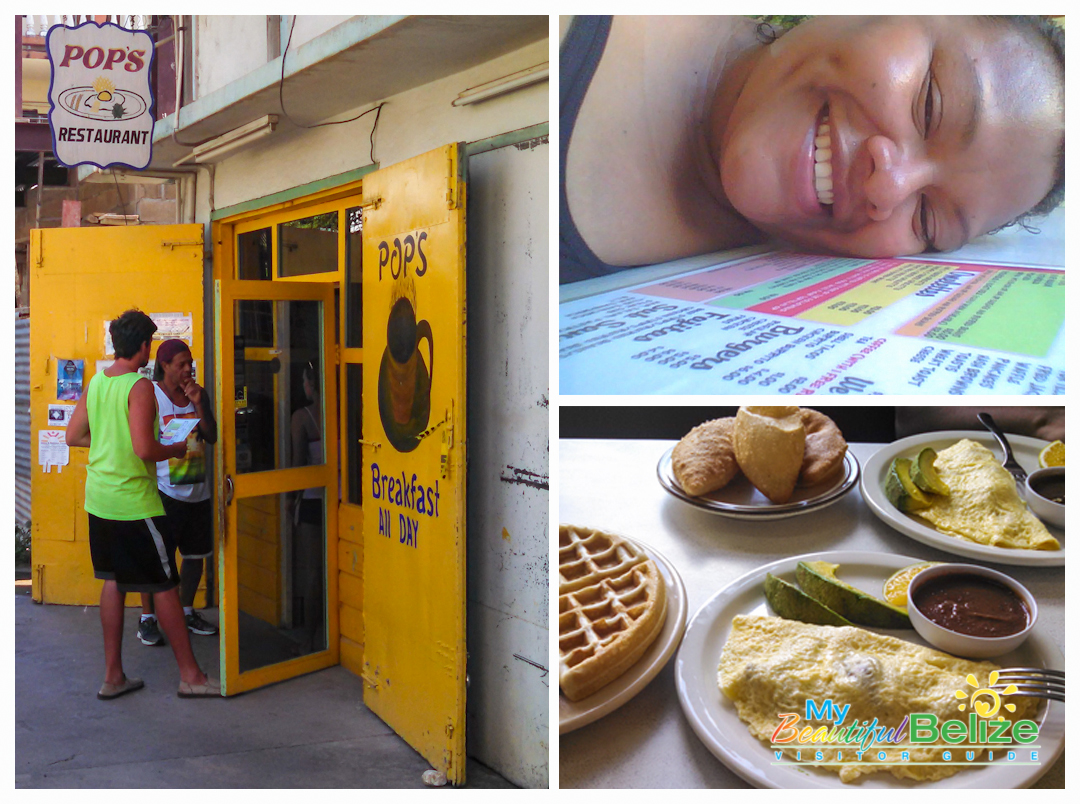 I clearly wasn’t too badly off, as I could not get enough of the BEST DAMN refried beans I’ve EVER had!

After a swim to take the last cobwebs of alcohol fumes out of my system, we took a walk in the nice hot sun to downtown San Ignacio. A slice from Yoli’s Pizza and some refreshing coconut water revived me completely…and just in time to meet our friend Trish.

Why were we dallying? Well, because our cheap chariot had a schedule, and we were a bit early. A mini-van drives back and forth to the village of Cristo Rey, which is about a 20-minute drive in the dry days of summer (not all roads are paved), from the San Ignacio market. For all of $2BZ per person, we could clamber on and get dropped off at the roadside leading to the waterfall. 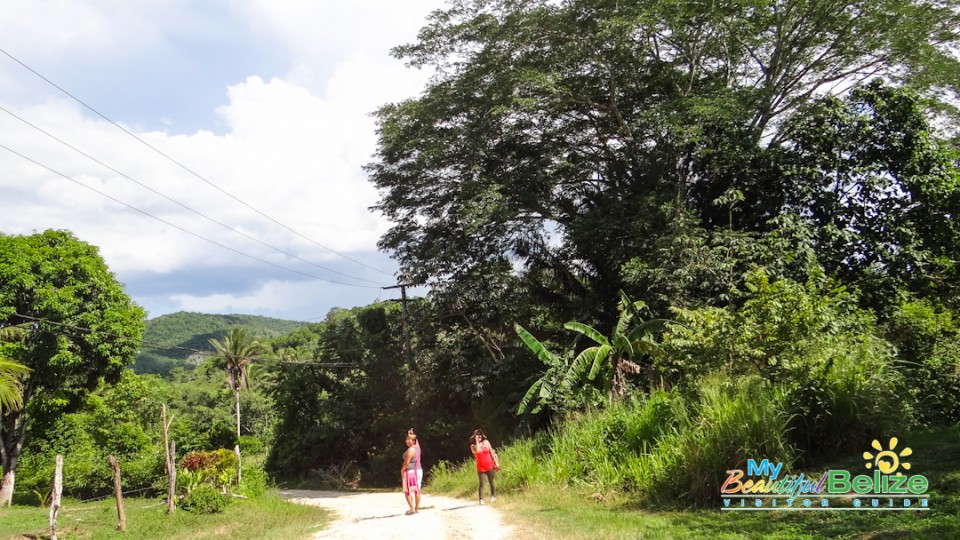 Our taciturn driver indicated that he would make his last trip back from the village shortly after 4:30PM, but before 5PM, so we had two hours to play. Nothing like a time limit on FUN! But, we’d make the best of it… 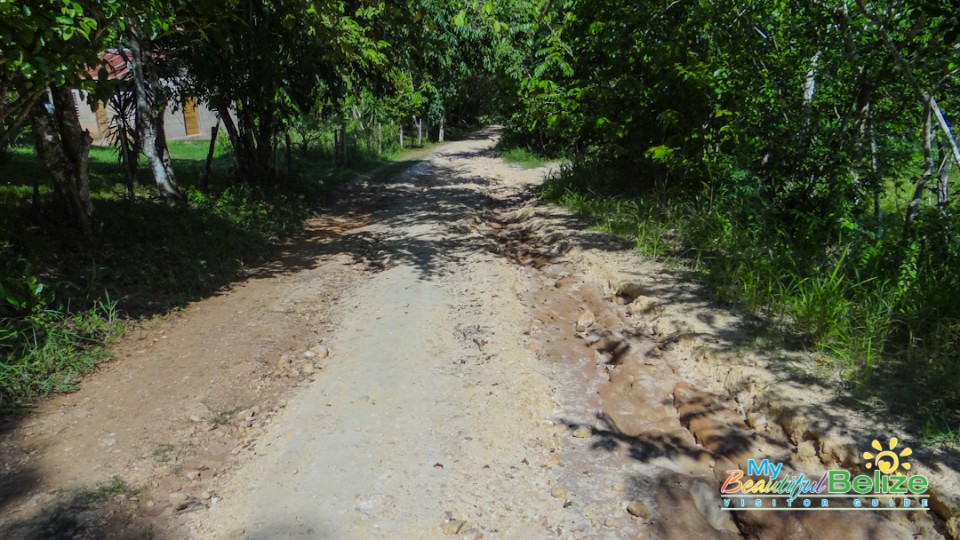 …Naturally, we spent the first 15 minutes getting properly lost, taking the wrong turn down a little pathway. But luckily, we were given directions by a very friendly villager, and soon, we could hear the sound of children splashing and laughing. 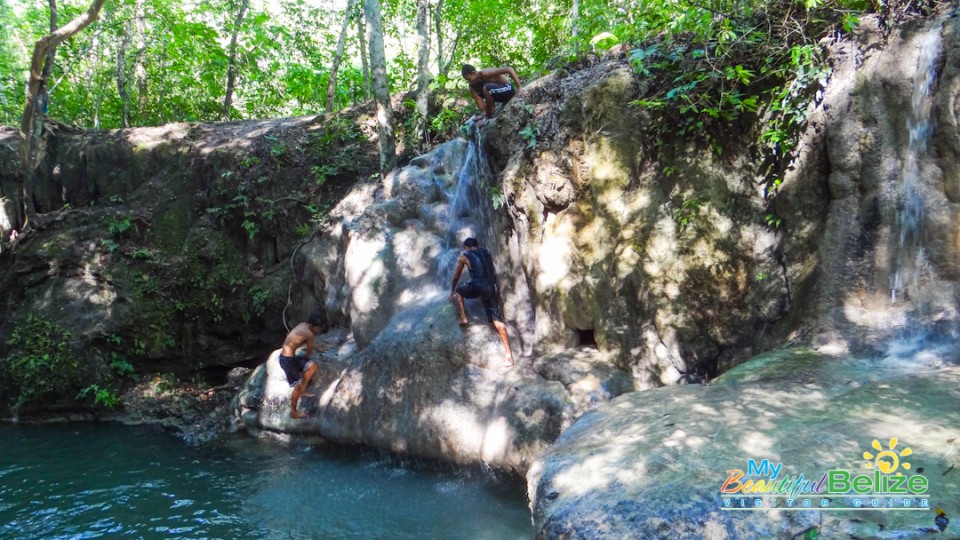 Since it was the heat of summer, we weren’t expecting roaring falls. But it was quite the stunning sight that greeted us. There were about six young boys, sure-footed and agile, simply running on rocks that were green with moss (that had to have been slippery), clambering up the sheer sides of the falls, jumping from branches of trees that swayed in the breeze, and into the icy cold blue-tinged water below. 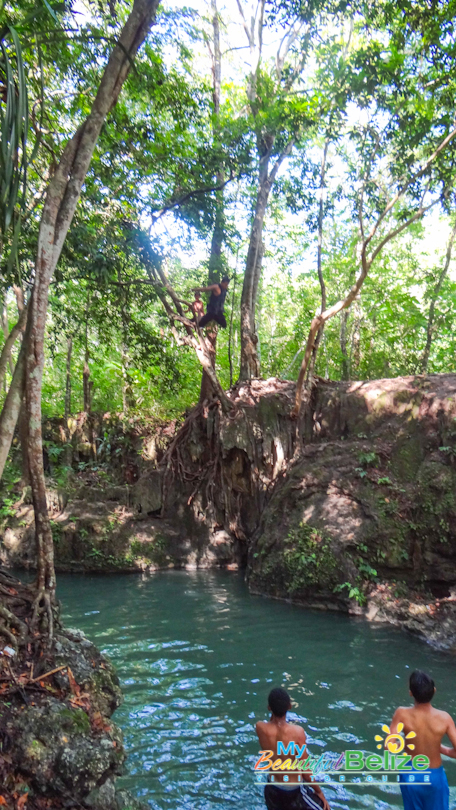 Two small falls landed noisily on flat rocks that looked designed to be sat on, while the water pummeled one’s back. 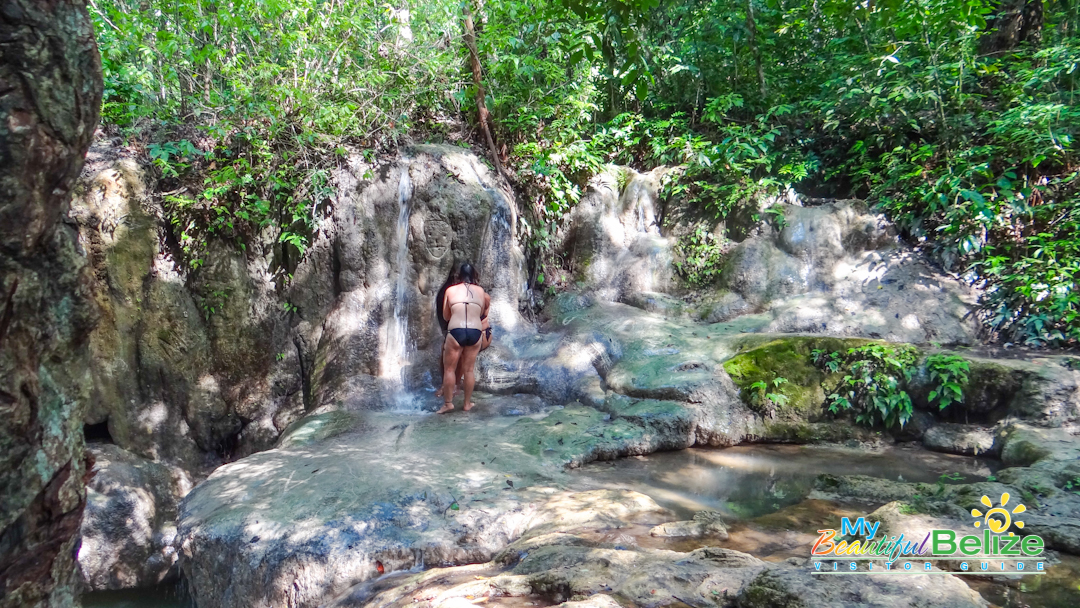 So, that’s what we did: carefully walked atop the rocks and sat down to enjoy a soothing massage from the rushing waters. It was the perfect girl time, despite the splashing teenagers around. 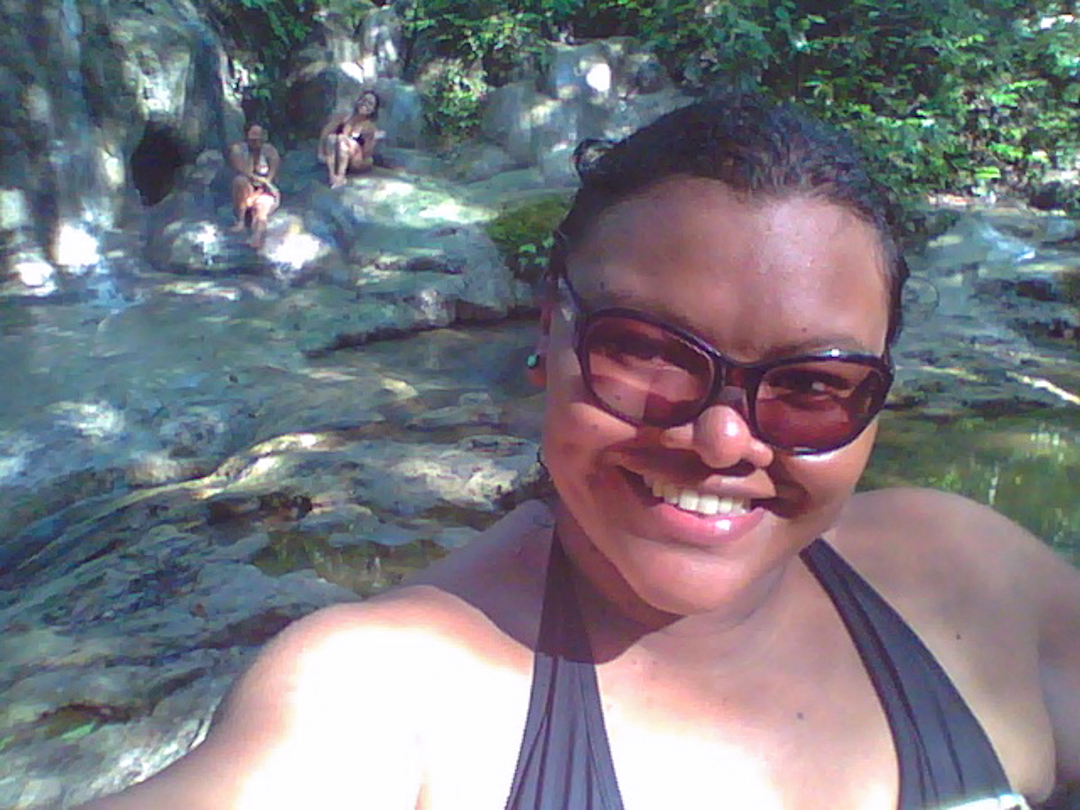 I remember us making more plans for similar fun adventures, maybe letting one stinky boy in, but ONLY as our designated driver/slave…and plans for fun and exploration had us three excited for the future. 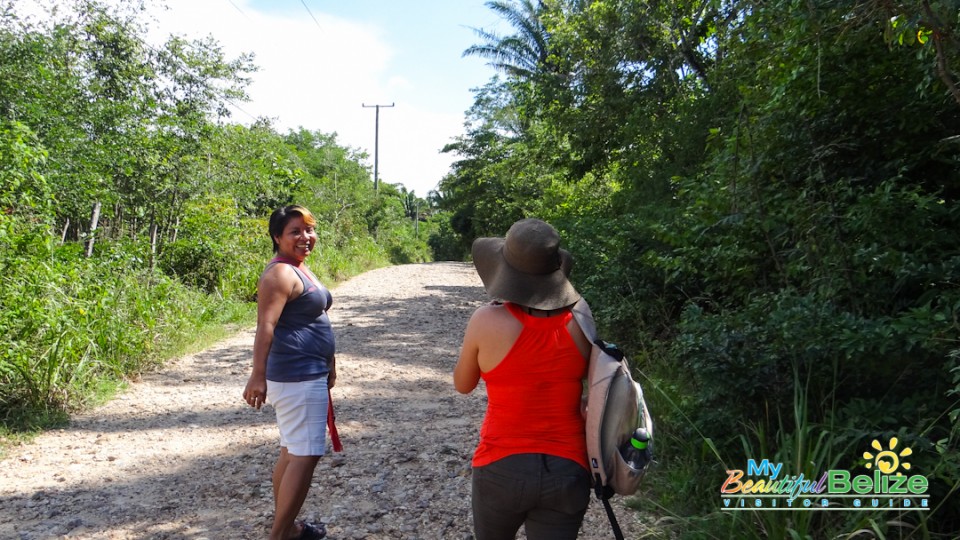 Then a week later, she was gone. It was sudden…natural…yet, unreal. I look back at the photographs and wonder if I missed anything. But I didn’t. We lived. We had our moments, we had our fun, our adventure, and I remember those last days clearly as a time that I was closest to the sister I never knew completely. And I feel the pull to continue having adventures, to step on the stones, even if they’re slippery, because, all I can do is fall. And get back up again. 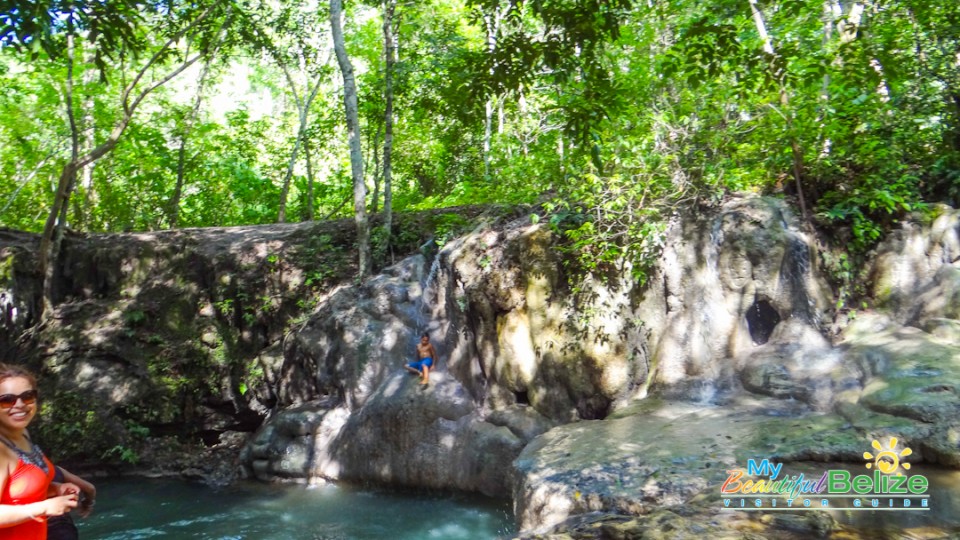 So on to the next adventure…