Belizean Culture, Festivals and Celebrations, The Maya of Belize

The summer solstice, which usually falls between June 19th and June 25th, is the longest day of the year and the official first day of summer. Also referred to as mid-summer, the day is recognized worldwide among many cultures in the way of holidays, festivals and rituals, with themes of religion, fertility and good fortune. The Maya are no different, and their ancient architecture indicates that the celestial event held great significance, with temples, public buildings and other structures often precisely aligned with the shadows cast by the astrological phenomena of summer and winter solstice. Therefore, it was only fitting that for the second year in a row this day of grand importance was celebrated at the Marco Gonzalez Archaeological Reserve here on Ambergris Caye. 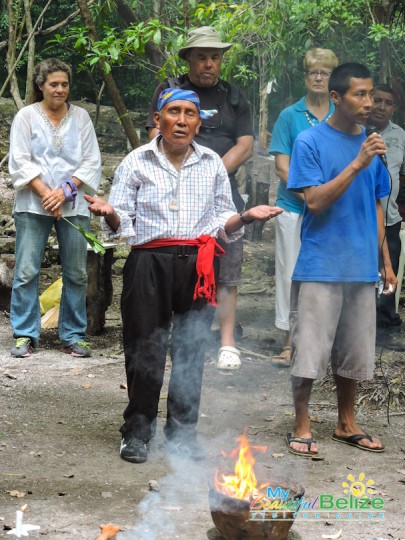 Located just 5.5 miles south of San Pedro Town, dozens of guests gravitated to the Maya site on the morning of Saturday, June 21st to be a part of a special ceremony officiated by 87 year-old Kekchi Maya Elder Mr. Martin Choc. Choc, who speaks Kekchi and Spanish, traveled with his grandson Jose from the southern district of Toledo. 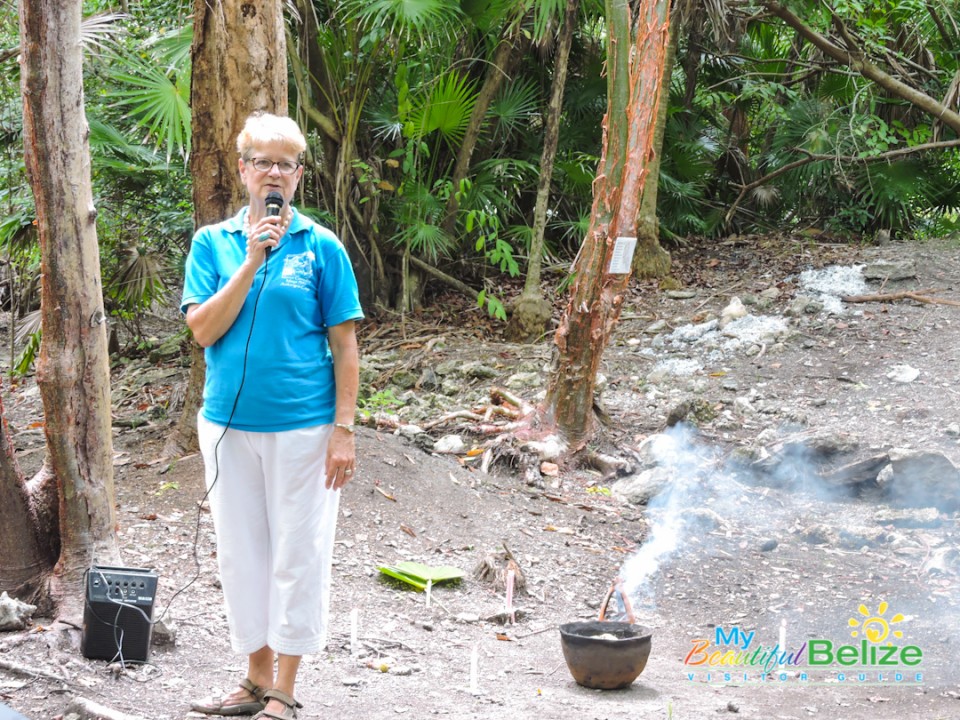 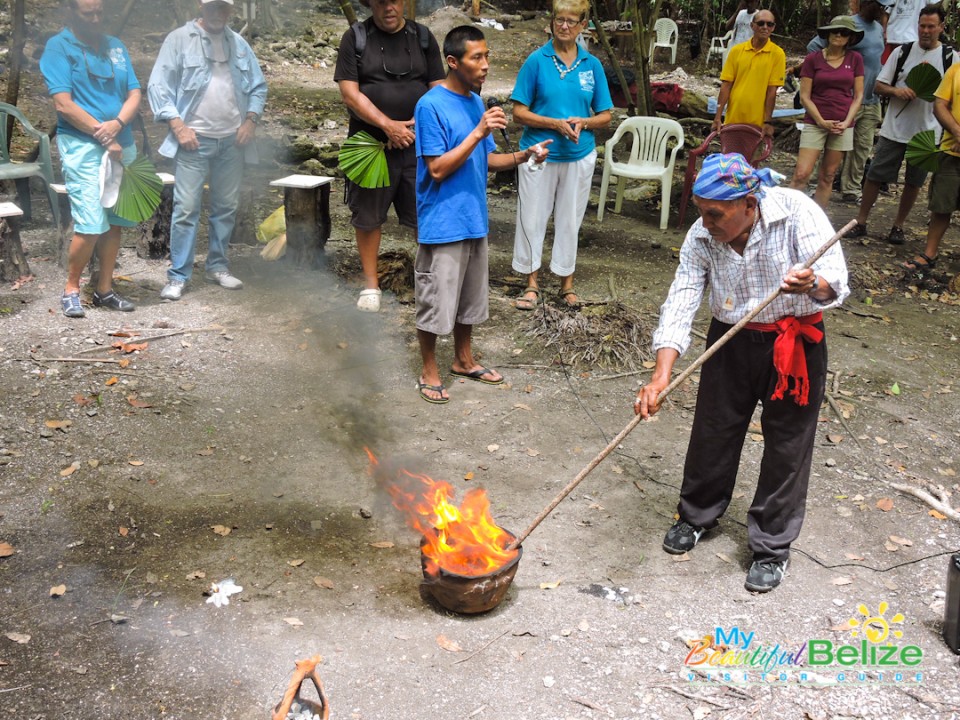 Held in the Main Plaza of the Marco Gonzalez site amidst the enchanting jungle backdrop, the celebration began with traditional dance performances by members of the San Pedro Dance Company. 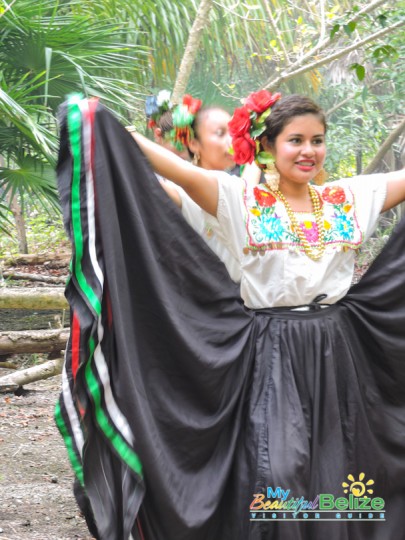 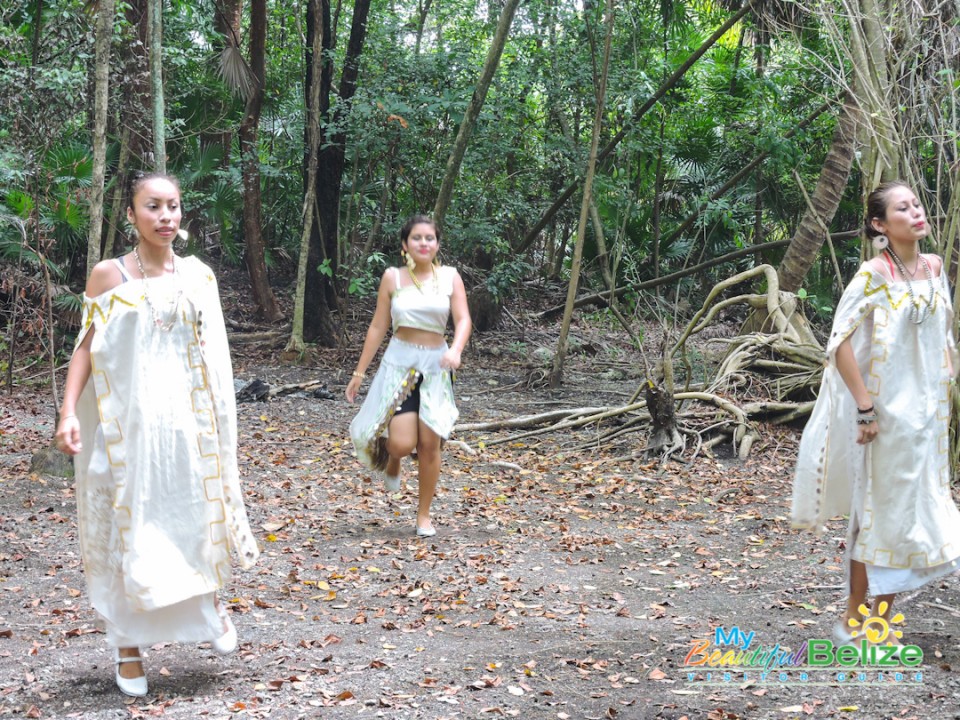 Donned in colorful ceremonial attire, the dance renditions and cultural music set the mood for a morning of Maya reverence. 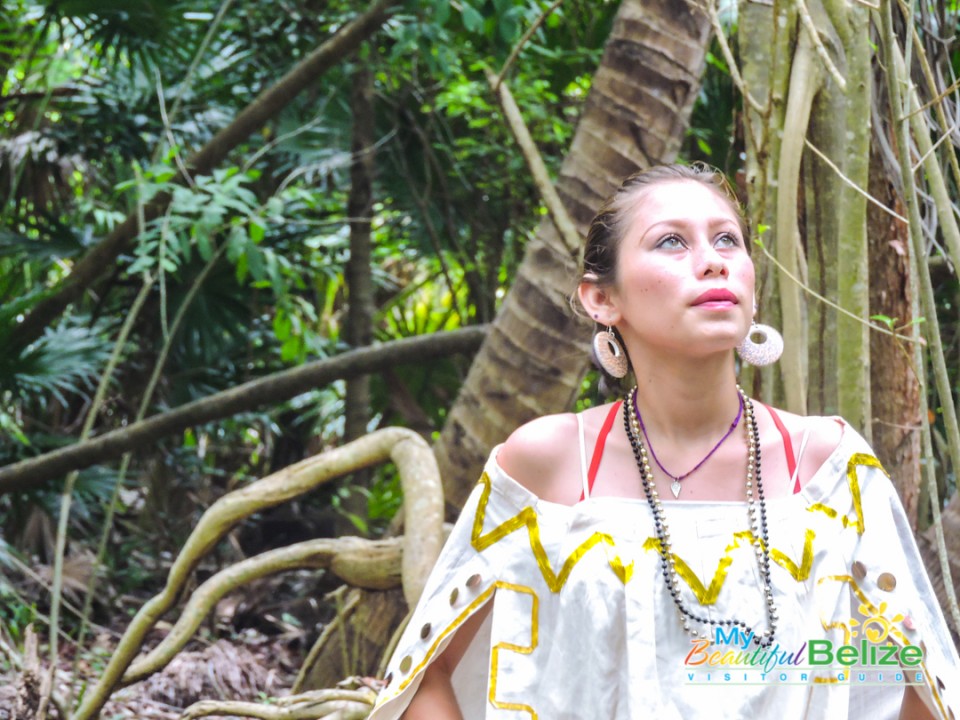 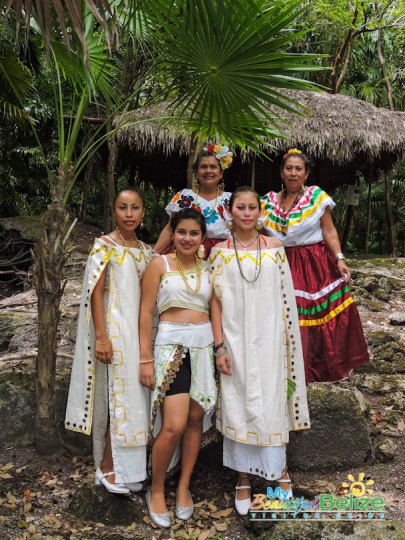 Elder Mr. Choc, who proceeded over last years’ ceremony as well, then led an extended prayer in the Kekchi language with Jose intermittently translating. With the air rich with the aroma of burning copal incense (made from a special tree sap) and the song of surrounding birds adding to the ambience, a mesmerizing spell was cast over the spiritual ritual. 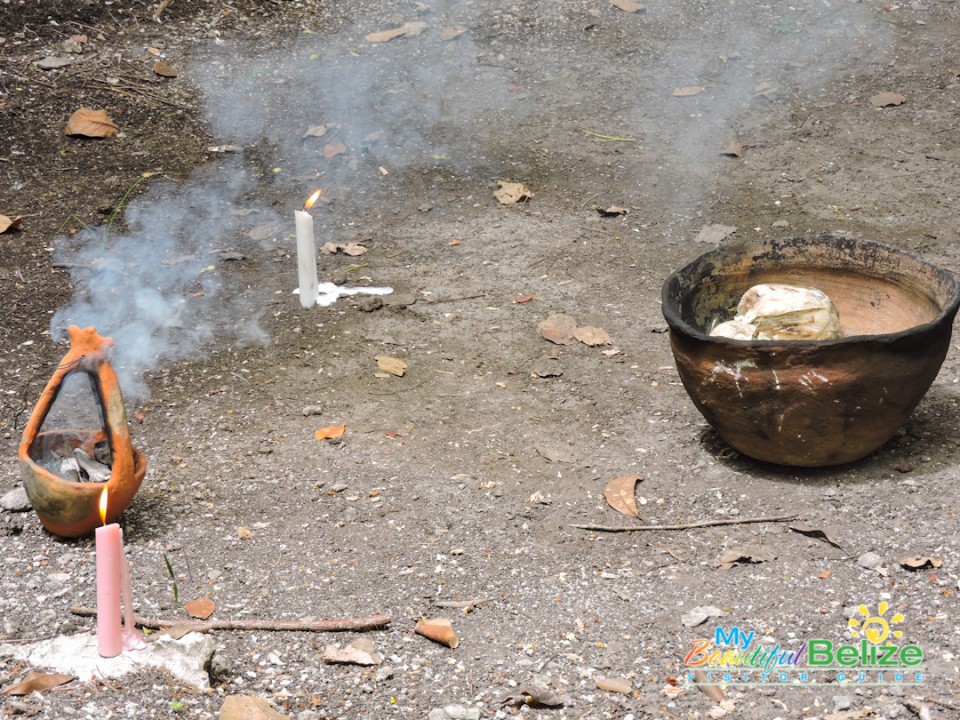 Asking the Almighty to watch over Marco Gonzalez site director Jan Brown and those who lived on the island, and appealing for health and safety for all, the Elder then blessed the area with Holy Water. Jose explained that his grandfather is amazed that his ancestors once resided on Ambergris Caye, and is honored to stand where they once were. 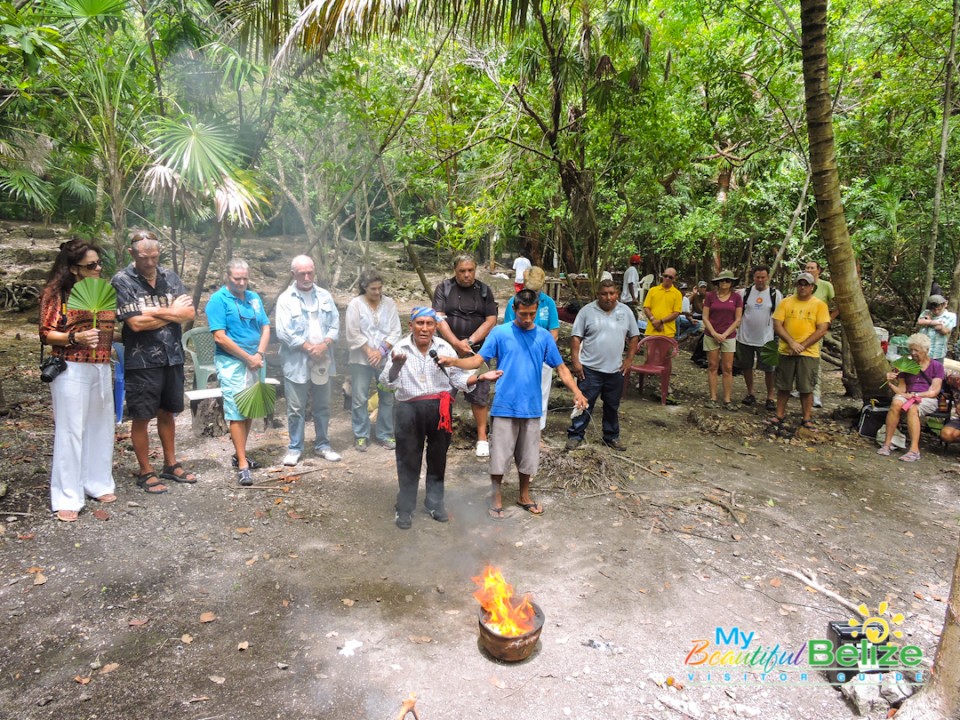 After the blessing more traditional dances were performed, one being the impressive “bottle dance” where the woman conducted their energetic moves while balancing a bottle on their head. 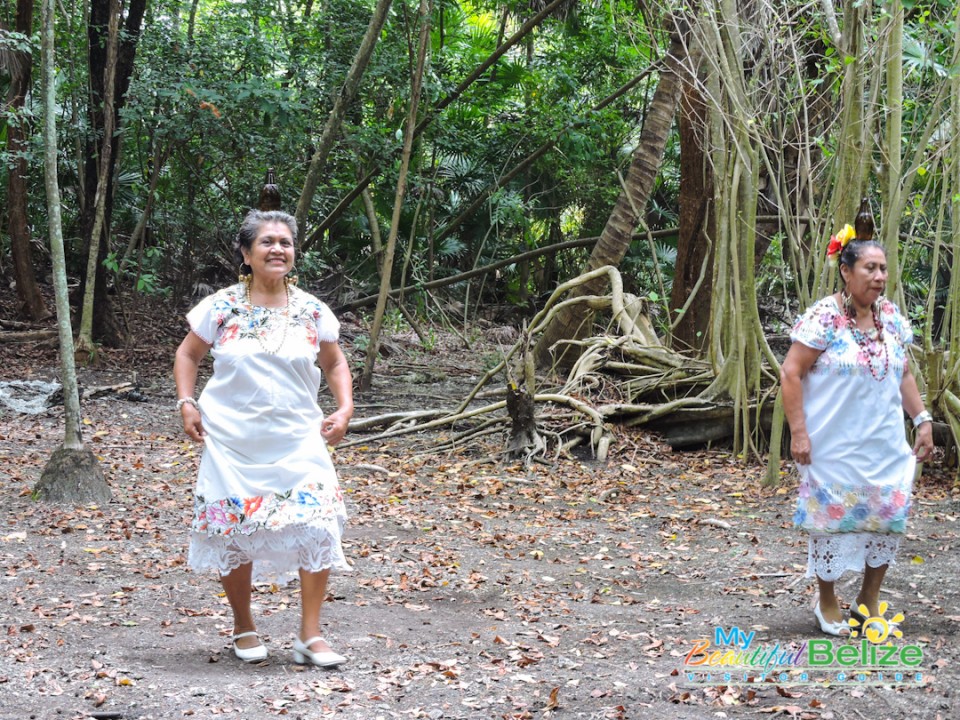 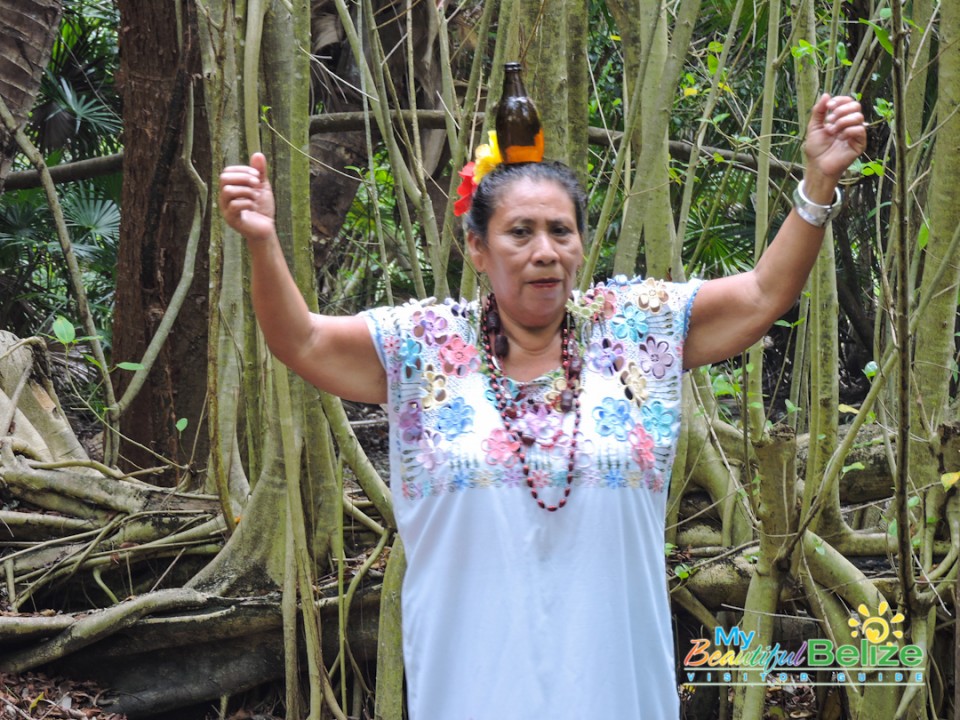 As a special bonus, a young couple in the audience, who were on vacation from the US, were celebrating their first wedding anniversary that day. Within the swirling smoke of the burning copal and standing before Elder Mr. Choc, the couple received a special blessing from the holy man. “It was a moment I will remember forever,” commented the young bride. 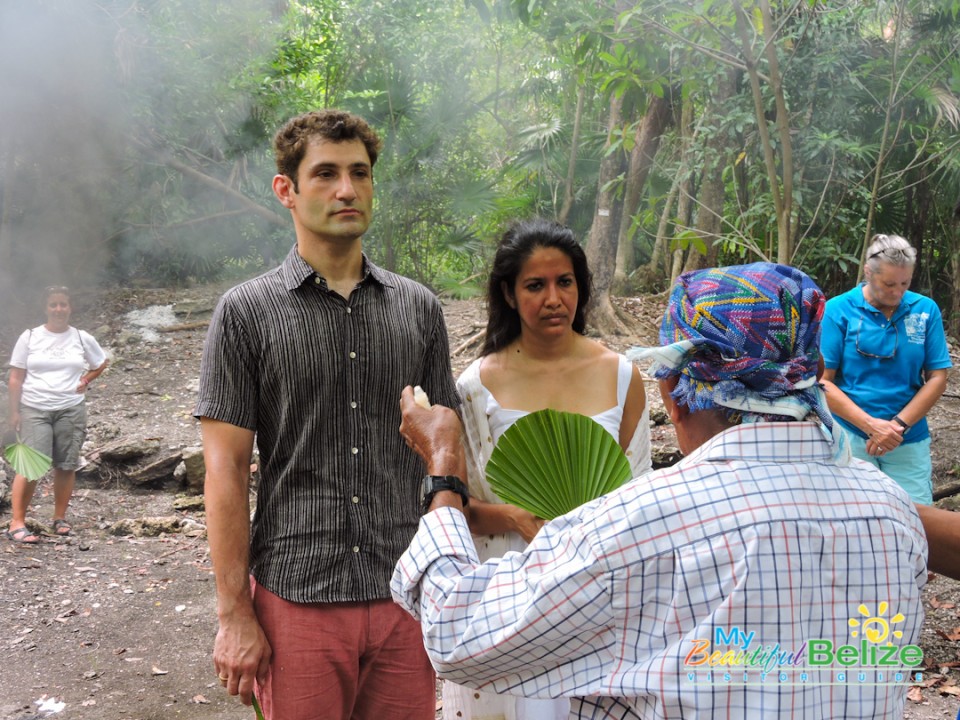 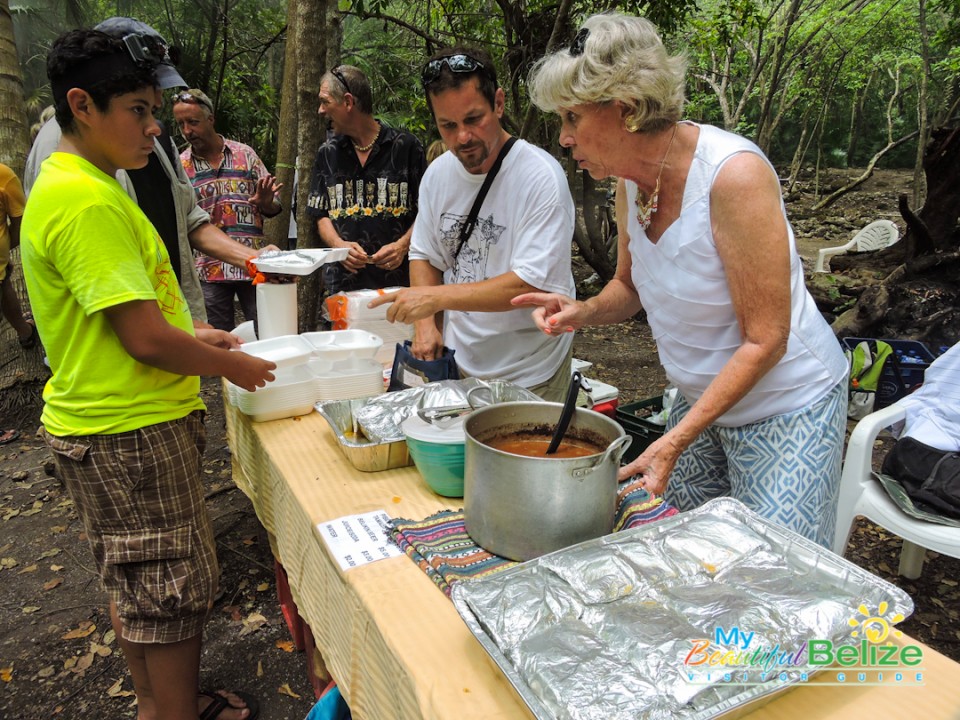 Many took the opportunity to explore the area and spend some time in the jungle. For many, it was the first time they had visited the Maya site, and many were impressed with what they experienced and saw. “This has been fantastic, I plan to make it a point to attend every year,” exclaimed first time visitor to the site Robert Hawkins. 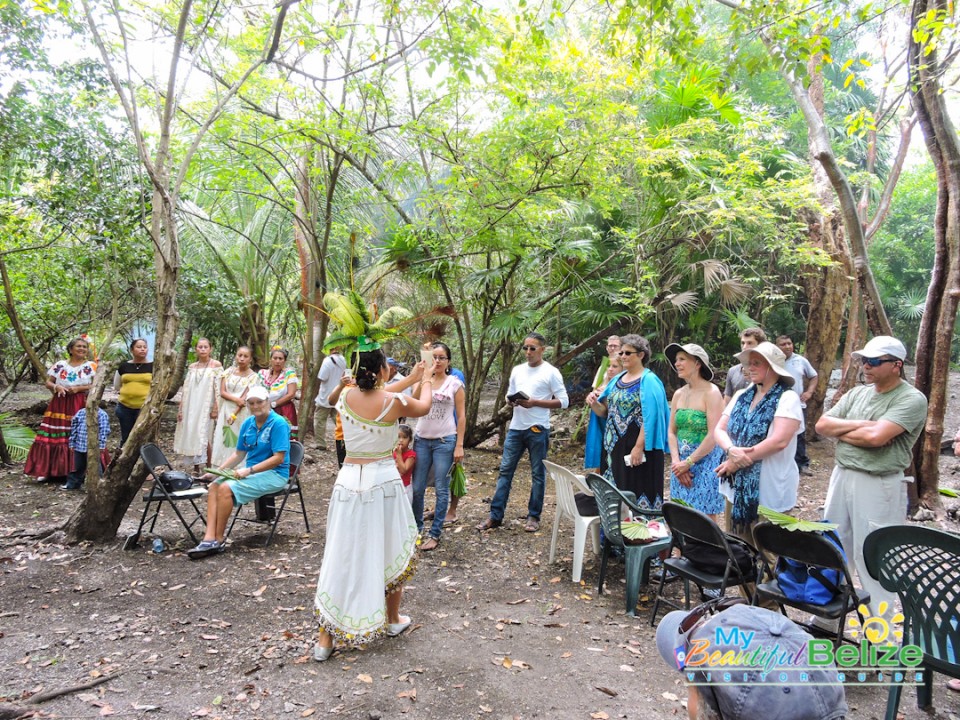 The event was also a fund raiser for the Marco Gonzalez Archaeological Reserve, with proceeds from the admission fees going to their general fund. For more information about the site please visit their website at www. http://marcogonzalezmayasite.com