By far the most popular Belizean folklore character, ANANSI* is the one about whom many have written and told, and many more have read and heard.
Most of ANANSI’s attributes are so exaggerated that they appear funny rather than disgusting. He is a lazy, lying thief. He is greedy, selfish, and treacherous. In his spindly body are packed some of the worst qualities a creature can have, and one of the best- intelligence. His intelligence compensates for his small size and in his most famous weapon.
ANANSI is distinguished from all folklore characters in many ways, the most important of which is the active role he plays in the daily lives of people in Belize, the Caribbean and Africa. No one claims to have seen ANANSI, but everyone has heard of him and his tricky ways, because if people cannot remember an old ANANSI story, they can always create one. 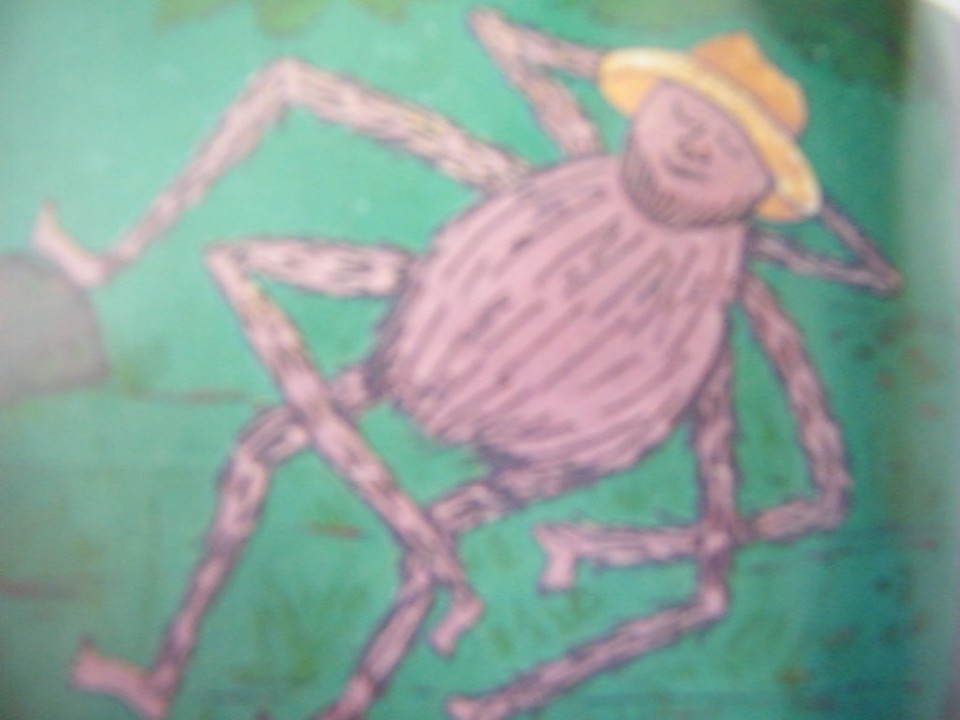 Many years ago when he had not yet crossed over to the New World, ANANSI went to the African sky god to ask for all the stories the god owned. The sky god was not about to give up the stories simply because a spider had asked for them so he set conditions that he didn’t think ANANSI would be able to keep. Among other difficult to obtain things , the sky god asked for Osebo, a leopard with unusually shaped teeth; Mmboro, the hornet with an unusually sharp sting; and Mmoatia, a fairy that would not make herself visible to any living creature. ANANSI, with his usual cockiness, replied that he would bring all these. He was able to devise clever methods to fool all these elusive creatures, and the sky god was impressed enough to ANANSI so many stories that the world will never run out of spider stories.
Even though he has been adopted throughout the Caribbean, ANANSI is still a prominent character among the Hausa and other West African peoples, and the chief character of animal tales told by the Ashanti of Ghana. Over the years, his Akan-Ashanti name of Kwaku Anansi has been shortened to ANANSI, a word that translates as “spider”, but in Belize is used to identify any person who is clever and cunning. ANANSI stories are told all over the country, in the communities of Back Landing, Bermudian Landing, Burrell Boom, Flowers Bank, Half Moon Caye, Mango Creek, Maskall, Dangriga, and Belize City, just to name a few.
ANANSI crossed over to the New World on slave ships from Africa and once here, a favourite subject for storytellers, because his stories had the power to temporarily take the slaves away from their problems into a world where intelligence was rewarded. For brief moments, the slaves derived satisfaction as their representative, the powerful yet clever ANANSI, fought the powerful but simple master, represented by Tiger. To this day the most popular Anasi story is the one in which the sly spider dupes Tiger into becoming his “Faada riding has,” a story which Dr. Colvile Young has ingenuously translated into poetry. 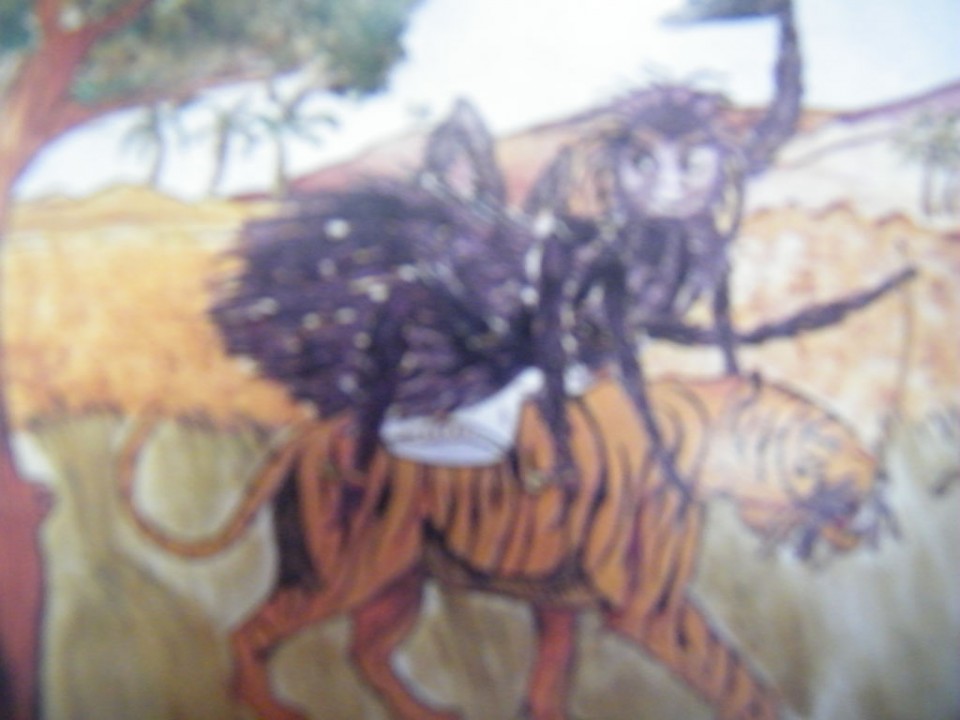 Now ANANSI stories are used primarily to amuse and entertain, but they have the potential to be teachers, as indeed they were long before the school room came into existence. Many of the stories end with a moral, but even those that do not, teach a lesson about life through the actions and speech of ANANSI and his animal friends.
ANANSI relies on his brain to devise elaborate ways to trick his victims, using the most drastic means to achieve an end. Psychology is a field he has mastered, and he uses it to flatter his victims and to appeal to their greed and curiosity. His gift of speech is so remarkable that it exerts an almost supernatural power. Reverse psychology, in which he gets his victims to do something in which he has forbidden them to do, is another of his favorite methods of trickery.
A trickster in the truest sense of the word, ANANSI is forced to rely on his cunning, because, on the one hand, he is too small and weak to obtain what he wants by force, on the other he is too lazy to work for it.

ANANSI has many, many, talents. He is actor, musician, and eloquent speaker, despite his lisp. He can change his voice to imitate others and can sing and play the fiddle. Eternally scheming, he finds ways to outsmart his enemies, outwit his friends, and even trick his own family, then he relies on his glib speech to get out of difficulties.
One of the main African influences in our culture today, ANANSI remains very much alive, even though an article entitled “The Death of Anancy” once gave a detailed description in how he died.